An Exclusive Interview with Alain Ducasse

We sat down with the decorated Michelin chef at his new restaurant Rech to talk about the future of fine dining, sustainability and space food

We stood in the polished kitchen of the newly opened Rech in the swanky InterContinental, watching the slow death of a feisty Asian rock lobster as it plunged into an aromatic hell of fragrant broth. A swift movement at the corner of our eyes made us turn towards the sliding glass partition that separates the kitchen from the restaurant, and we gave a little start as the mind registered the form of one of the greatest chefs in the world. In walked Monsieur Alain Ducasse: legendary chef, culinary visionary, industrious businessman. To mention Michelin success with Alain Ducasse in the same sentence seems almost trivial as the prolific chef’s life work goes well beyond the horizon of his 19 Michelin stars. The owner of 24 restaurants across eight countries, in addition to a chateaux and hotel empire, chocolate factory, publishing house, cooking school and training and consultancy centre for culinary professionals, Alain Ducasse is a formidable force in French cuisine and a gold standard on the global culinary stage.

We recently sat down with the renowned chef at Rech in Hong Kong to give our readers a glimpse into the mind of a culinary legend. Rech, which originally opened in Paris, now celebrates its second location in the 852. The Paris restaurant was named after Monsieur Rech, the original owner of the seafood bistro in 1925, and has a menu devoted almost entirely to seafood. 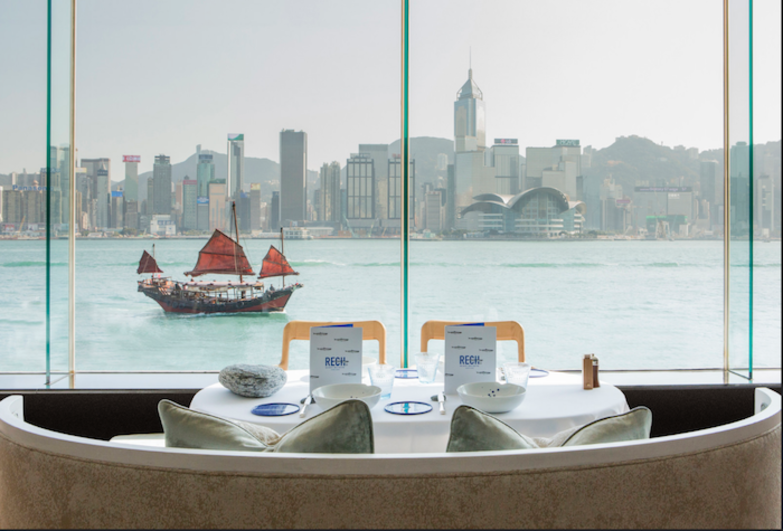 Seafood is the central focus at Rech. How is the Rech in Hong Kong different from the Paris location? The Paris menu features seafood that 'changes with the tide' and has a strong focus on seasonality and locally sourced ingredients. Will the Hong Kong Rech follow a similar ethos?

The Rech in Paris is sandwiched between busy streets and lots of buildings. We had to really work hard to evoke the feeling of a seaside bistro. In Hong Kong, the restaurant faces Victoria Harbour, so it’s very easy to evoke sentiments of the sea. We had the same designer, Marie Deroudilhe, create a pared-down yet elegant, soothing interior to match that of the Paris location, with white shutters that remind diners of a seaside town. I was inspired years ago while travelling to Santa Monica by a hotel called Shutters on the Beach. It is a gorgeous boutique hotel and restaurant, and I remember the big white shutters on the windows opening up to the beach. This image has stayed with me since, and I’ve realised this with Rech.

In terms of ingredients, the Hong Kong menu, like the Paris menu, follows the tide of Brittany. Ninety per cent of our seafood is imported from the Brittany region, which makes the dining experience similar in both locations. In Hong Kong, we have an additional section for small plates that revolves around raw seafood. Select local seafood varieties, such as the rock lobster and tiny shrimp from the South China Sea, are also used when in season. The vegetables used in Hong Kong are locally sourced to reflect the seasonality of the region. 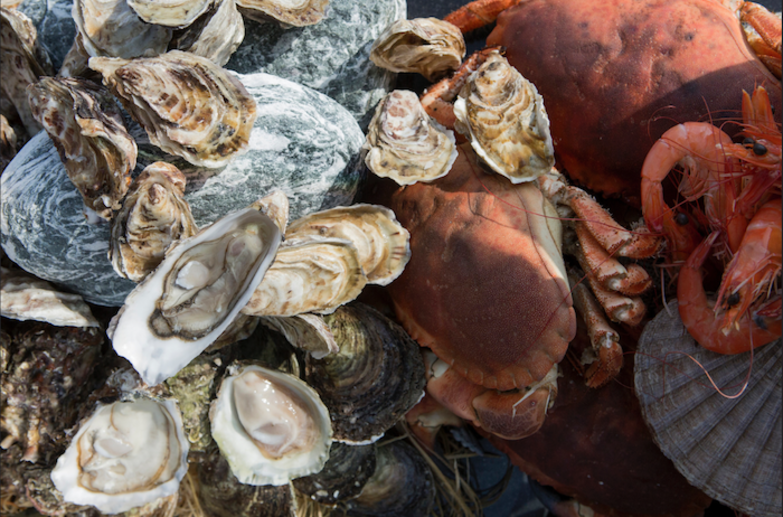 There's been much discussion about the changing of the culinary landscape and the decline of fine dining. What is your view on this?

The dining scene has changed drastically since we first arrived in Hong Kong 14 years ago with Spoon. I was one of the first international chefs to establish in Hong Kong. Back then, the dining scene was more fine dining driven, and we’ve had time to reflect and reconnect with our clients to create Rech, which is less formal but still chic and elegant.

When speaking about fine dining and more casual dining, it’s not one against the other but one with the other. One type of dining complements the other to give diversity to the client. I will continue with both streams of dining. Fine dining (or haute cuisine) restaurants such as my restaurant Beige on the top floor of Chanel in Tokyo will still continue as dining is not just about one trend.

Congratulations on Plaza Athénée regaining its third Michelin star. In your view, which is more difficult – winning those first Michelin stars or regaining stars that were lost?

For me, clients are the reason behind what we do; they are why we deliver. The Michelin and other critics are not our top priority and do not influence how we do our job. We start with an idea, a vision, a direction on which we develop a restaurant, and we are consistent with our objective. Then the Michelin comes and can do whatever they want, but the satisfaction of the client is what we strive for.

We will not change the way we work to earn a star. 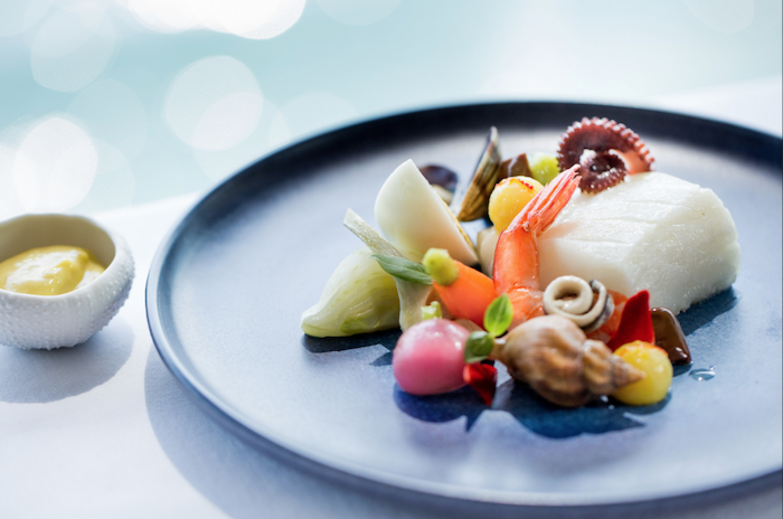 Your restaurants have, in recent years, taken on a vegetable and seafood focus. Can you tell us about the inspiration behind the change?

Actually, I have always been oriented towards vegetables. When we created Louis XV at the Hotel de Paris in Monaco in 1987, I created a vegetable-centric menu that still exists today. Of course, health and sustainability have taken on more importance in recent years, and vegetables have become more heavily featured on menus. But for me, creating dishes around vegetables has always been the norm.

When we reopened Plaza Athénée, we focused the menu around naturalité and a different way of doing fine dining, with ancient cereals, organic vegetables from the Versailles gardens and sustainable seafood. We are here to show that French cuisine, which tends to be heavily focused on meat and fat, can reinvent itself and be more health conscious and respectful to the planet. 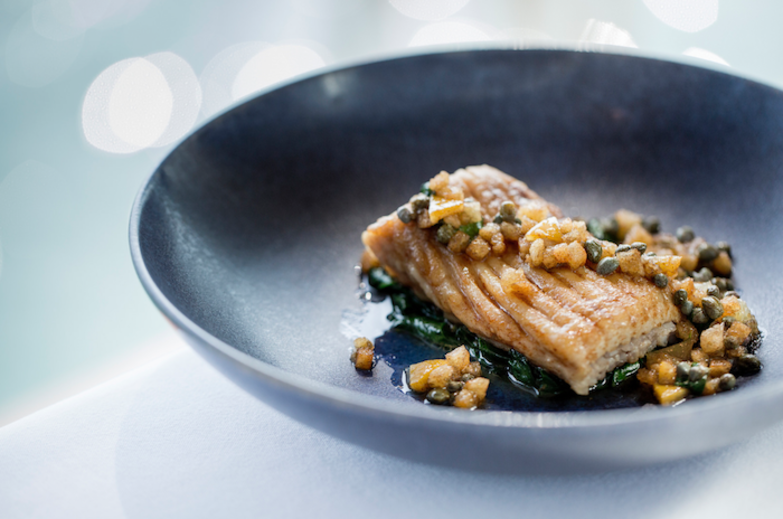 What makes a good chef (other than solid technique and training)? What do you look for when hiring an executive chef? How do you maintain the same standards and ensure that the chefs stay true to your vision in each of your restaurants?

I choose my executive chefs from a dedicated team that have worked with me for many years. These are chefs who we have trained to master the techniques of French cuisine and who deliver with passion to please the customers. My executive chefs also need to be very adaptable and can do the job at any of my restaurants around the world. Their skills need to be consistent, but they also need to understand that each restaurant is telling a different story. 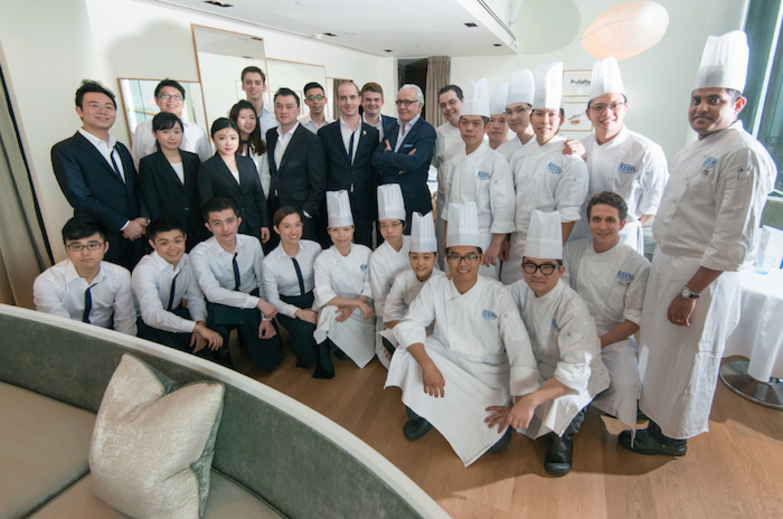 The gourmet culinary festival Taste of Hong Kong will open mid-March. Your protégé Kei Kobayashi will be here to represent Restaurant Kei. Have you visited his restaurant yet? What are your thoughts on his cooking style and, in general, of your protégés moving on and starting their own restaurants?

I am very proud of Kei. He certainly deserves the recent second Michelin star awarded to him. There are many parallels between French and Japanese cuisine. Both are hyper-technical and focused on precision, with an emphasis on aesthetics. Kei embodies all the ideals of French and Japanese cuisine. He is so talented and so dedicated to always improving his skills. I visited his Restaurant Kei even before the opening, because he wanted me to taste his premier menu before anyone else. I will continue to advise Kei whenever he needs as I want to pass on my culinary knowledge.

Cuisine is a school of life – it’s not just about cooking. When you come to us, stay with us, cook with us; it’s a way of finding out who you are. When a chef feels he has a good sense of himself to start his own restaurant, of course, I am most proud to support him with my knowledge. 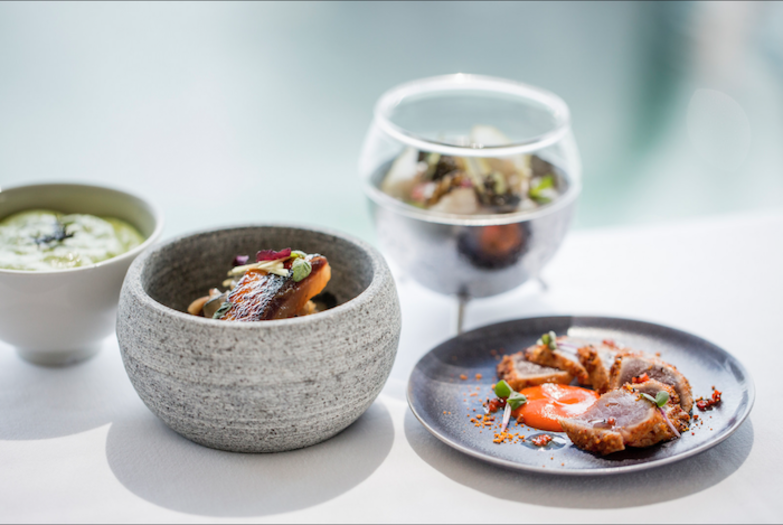 Where do you like to eat when in Hong Kong? What aspects of Chinese cuisine are you most interested in? Have you travelled elsewhere in China?

What fascinates me most about Chinese cuisine is its diversity. Just like French cuisine, Chinese culinary traditions are closely associated with the nation's many diverse regions and have vastly different and contrasting flavours. So far I have visited the big cities such as Beijing, Shanghai and, of course, Hong Kong.

In Hong Kong, I am a fan of Ho Lee Fook and VEA, two very different ways of interpreting Chinese cuisine. Personally, I feel that Chef Vicky Cheng of VEA could have been awarded his Michelin star earlier. 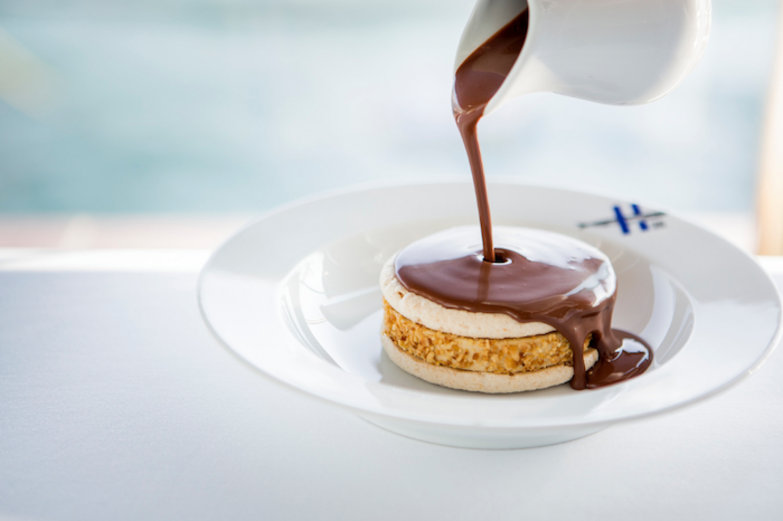 On top of your constellation of 19 Michelin stars, you have also sent your food into space. What would be your meal of choice if you were to go into space?

We prepare space food to get closer to the stars! But all kidding aside, we have been preparing food for space since 2004 and are the only one to be certified for special event meals that cater to any nationality on the International Space Station. Other chefs have sent meals on specific voyages for single nations, but any nationality travelling to the ISS can request our meals. I recently ate with Thomas Pesquet before he embarked to the ISS and will eat with him again on his return.

If I were to go into space, I would bring a chicken dish made with spiced vegetables (caponata) with apple confit. Caponata is a fantastic Mediterranean dish made with at least seven vegetables, each cooked separately, then combined with olive oil, basil and pine nuts. I guess creating meals for space is really the final frontier for cuisine! 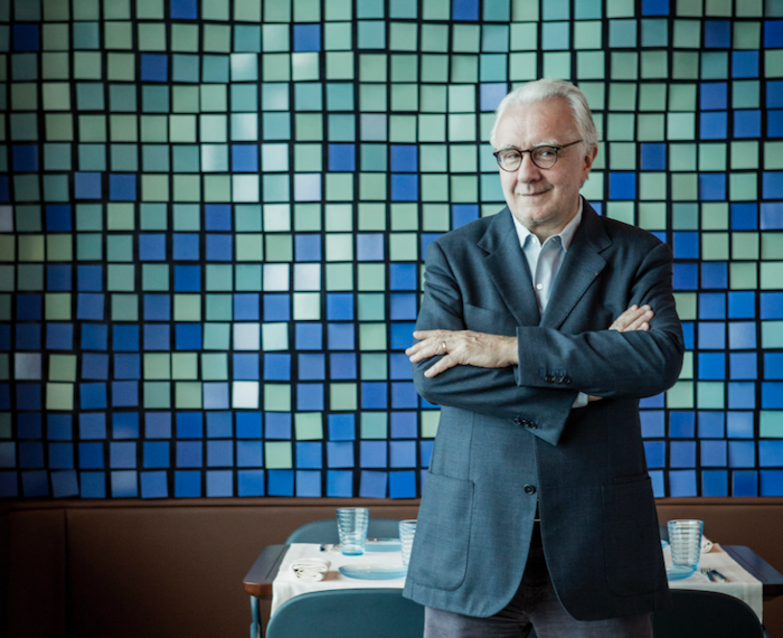 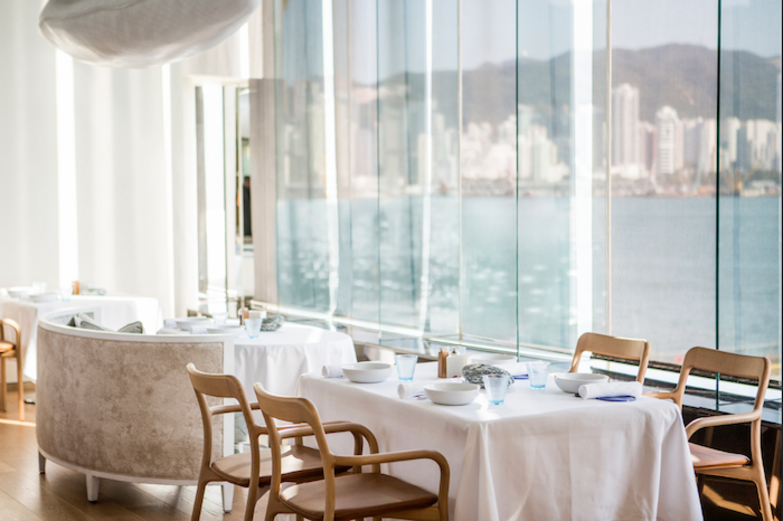