Michelin-worthy noodles: Tsuta enters Hong Kong's saturated ramen scene along with a Michelin star. Hailing from Sugamo, Tokyo, the original location draws plenty of loyal diners with its simple yet meticulously crafted chicken broth ramen. The noodles are such a crowd favourite that queues have been known to hit the five-hour mark!

In order to uphold the original location's dedication to high standards, the Hong Kong restaurant produces only 400 bowls per day on a first come, first served basis. Tsuta's revered soup base begins with 38 whole chickens, fresh clams and dried fish, and the fragrant concoction simmers for nine hours to create a clear broth. The result is a lighter soup base with plenty of umami depth. It's a sharp contrast to the heavier, creamier pork bone broths used in most ramen shops, including at many of the competitors located on the same 'ramen street' in Causeway Bay: Butao, Kanada-ya, Tsukemen Mitaseimenjo, Bari-Uma and Matsuichiya.

On the day of our visit, despite the humid, hot weather, there was a 50-people-long queue at 3pm! Counter seating wraps around the open kitchen, offering diners a view of the ramen-making process. Fresh noodles are made daily by a machine near the shopfront, churning out ultra-fine noodles with a slippery, more soba-like texture than the common ramen. The founder, Onishi Yuki, created the noodles to reflect both Japanese and Western flavours.

We whetted our appetites with niku meshi ($35), a rice bowl topped with aburi pork cubes served with an addictive onion sauce. We loved the smoky flavour of the pork, especially when paired with the sweet, slow-braised onion sauce, although we wished the meat's texture was more melt-in-your-mouth tender. 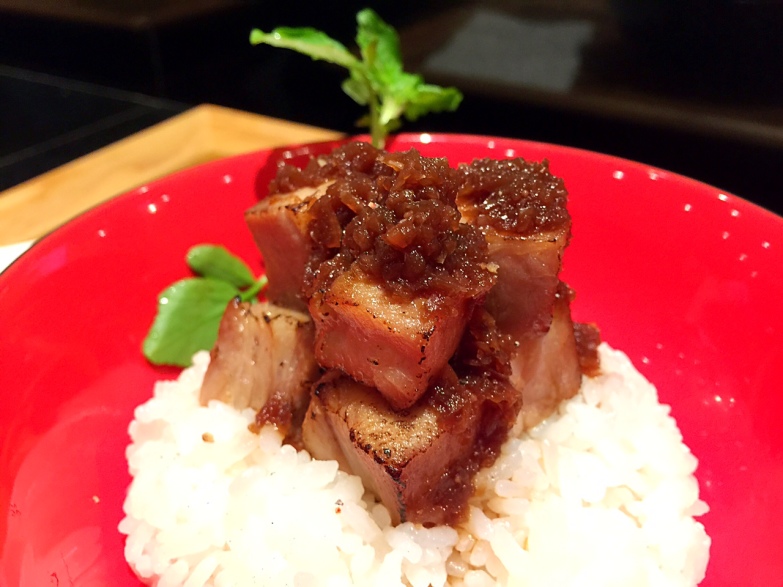 There are two signature ramen flavours. We opted to try both the shoyu soba and shio soba in their most deluxe form (each $134), accompanied with four slices of BBQ pork, bamboo shoots and leek. The briny depth of the shoyu was complemented by a pungent truffle sauce, whilst the shio soup base, made with Okinawa salt, was lighter, with a refreshing green olive purée. We particularly loved the pops of fresh mint that interwove through the slippery noodles. The pork was flavourful yet, again, we wished that it was slightly more tender. 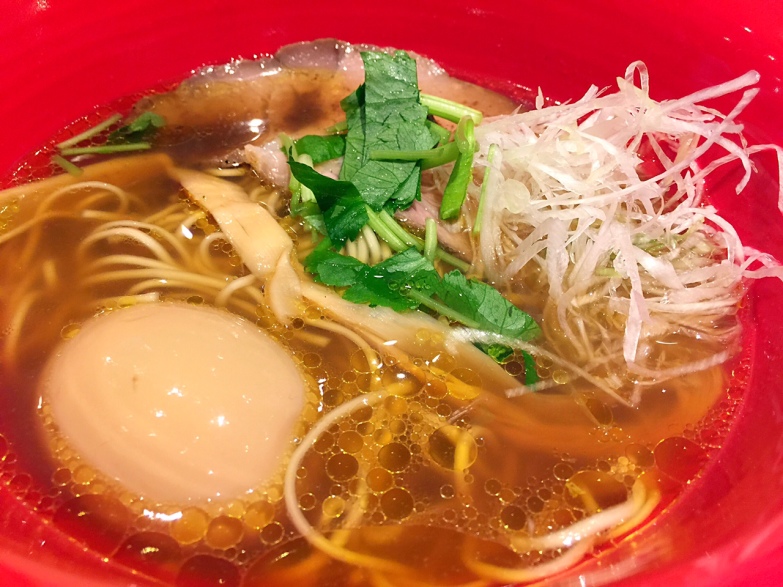 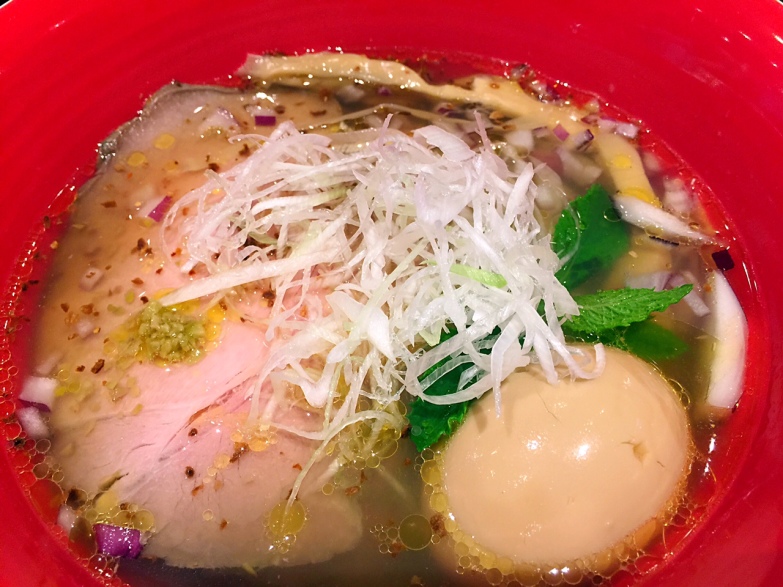 We preferred the lighter shio soba to the shoyu, simply because the green olive purée was mild enough to allow the flavour of the broth to shine through. The shoyu soba, with its black truffle purée, was too overwhelming on the senses and overshadowed the light chicken broth. The shio soba would be an ideal noodle dish for the hot summer months, although we have to to admit that nothing quite satisfies like a creamy pork bone broth.

This write-up is based on a complimentary media tasting provided in exchange for an honest review and no monetary compensation.
review

Japanese semi-buffet brunch + live jazz in the heart of LKF