If you're on a budget and are looking for something tasty and filling, look no further than local bakeries for these 5 iconic Hong Kong buns

From the ubiquitous bakeries on every corner to thousands of people gathering annually at Cheung Chau to watch competitors risk their lives to climb up a mountain made of buns, Hong Kong’s intimate relationship with buns is unquestionable and perhaps even obsessive. Taking a bite out of a golden, crispy, hot from the oven bun, is an everyday practice of many Hong Kong people both during the morning and the afternoon. While no one can be certain that these confections originated from Hong Kong, what we know for sure is they have all established a prominent presence in the society. 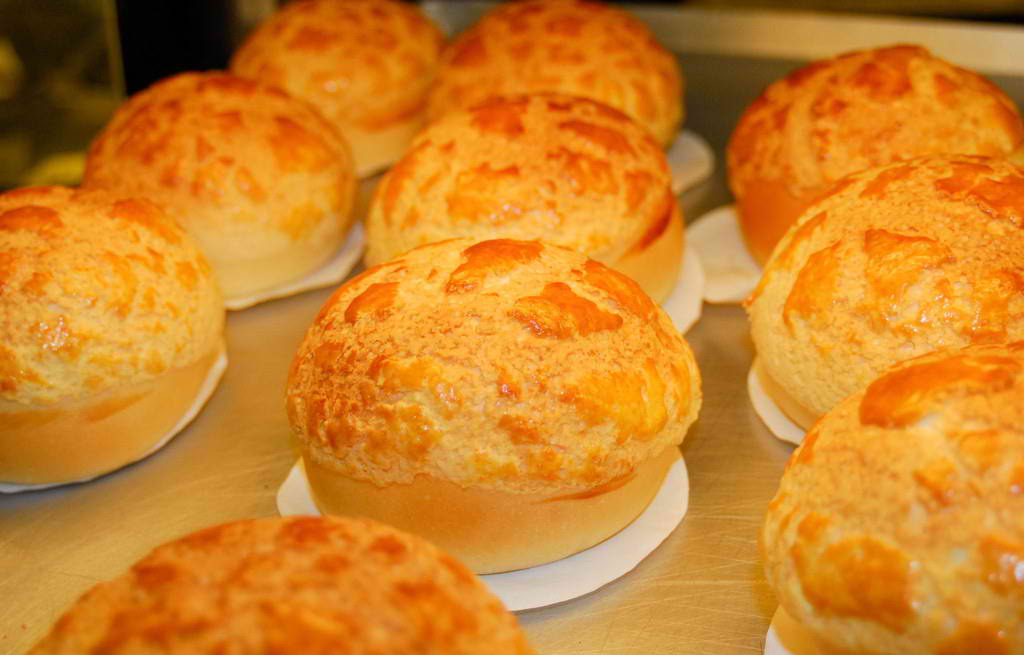 The pineapple bun is named so despite containing no pineapple but because its sugary, egg yolk-coated top crust is cooked into a golden brown checkered pattern which resembles the appearance of a pineapple. In cha chaan tengs, the pineapple bun is often served with a big slice of butter stuffed in the middle and while this translates to sky high fat and cholesterols, it is still a much celebrated comfort food. 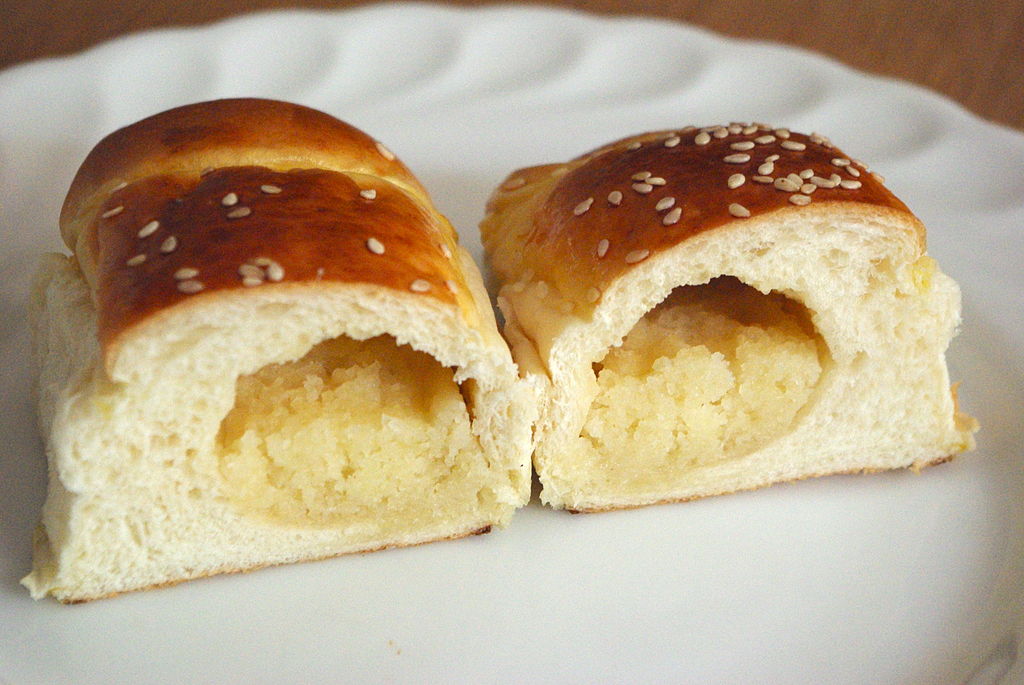 The cocktail bun is yet another baked good with a name that could be deemed confusing to foreigners. Don’t worry, you won’t find alcohol in the bun (although that could in fact be a good idea). Its origins lie in the 1950s, when a baker had leftover buns unsold and decided to make full use of them by grinding them up and adding in coconut shreds and sugar, which created a tasty filling mixture. Its resemblance to a bartender mixing up different ingredients to make a cocktail is the reason the name came about. 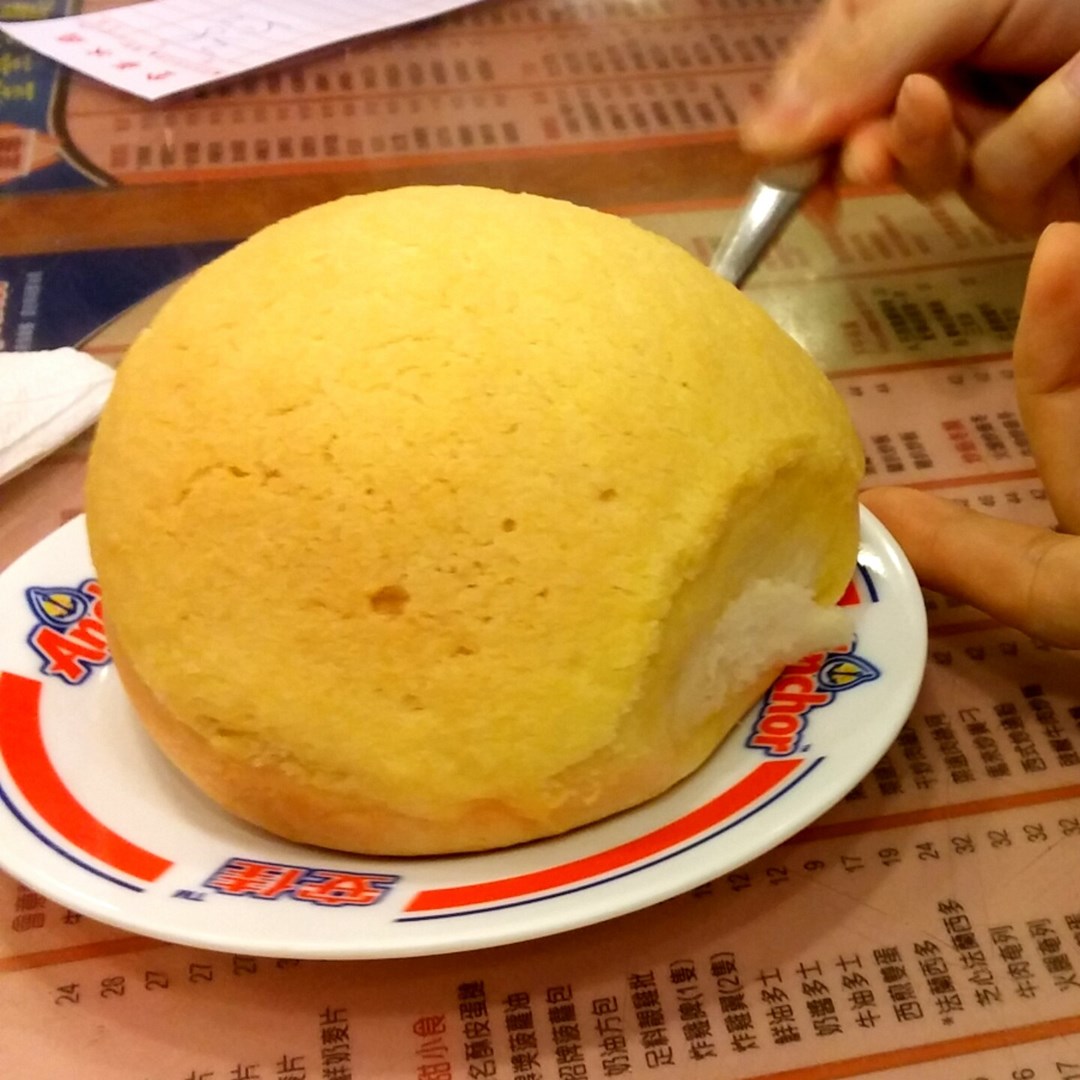 The Mexico bun is a close cousin to the pineapple bun. While the pineapple bun has a thick crispy crust on the top, the Mexico bun has a thin, less cooked and moister crust around the whole bun apart from the bottom. The bun mirrors the pan dulce found in Mexican bakeries, because it was invented by a family who had returned to Hong Kong after living many years in Mexico. Love cookies? Imagine soft, fluffy white bread topped with a cookie batter, that’s the pure genius of the Mexico bun. 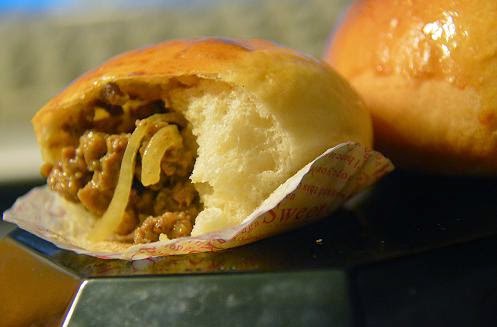 Filled with grounded beef and onion and sometimes flavoured with curry, the beef bun is one of the most popular savoury buns despite its relatively high price tag. As the bun has no topping it’s hard to distinguish from other plain buns. A method that most local bakeries have adopted is to place a dollop of garlic or seaweed to make them stand out. 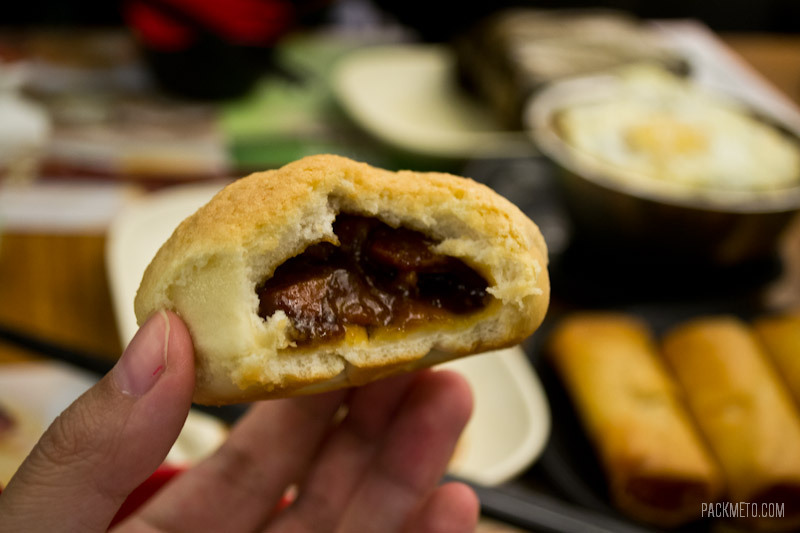 Photo via Pack Me To

This is essentially putting together two of Hong Kong’s top areas of expertise in this beautiful concoction of sweet and savoury delight. The best BBQ pork bun is a fluffy blanket of dough which splinters easily to reveal a sticky sweet pork center.