In recent years, the vast district of Wanchai has developed into a succinct embodiment of the food paradise that is Hong Kong. From the higher-end restaurants occupying the dining complex of QRE Plaza to the hole-in-the-wall eateries lined up along Lockhart and Jaffe roads, there is something catering to every palate and level of society. But there is one part of Wanchai that has always seemed to lag behind, an area to which most people wouldn't even so much as bat an eyelid – Morrison Hill – whose primary purpose remains serving the surrounding student population with a bounty of fast-food options.

But amongst the sea of relatively lower-quality eateries is one brave soul, Catalunya. Opened in 2013, the restaurant has earned a loyal following despite its obscure location, attributed to its commitment in serving authentic Spanish cuisine and truly great tapas. The restaurant's price point renders it a place for special occasions, but as temperatures have been dropping lately, signalling an end to this year's brutal summer, I think we can all agree that a special occasion feast is well deserved. The liquid-nitrogen Parmesan ice cream was probably our favourite item of the night. The savoury ice cream was rich and burst with a luscious Parmesan flavour. The crispy cheese biscuits added a great alternate layer of texture, while the dollop of lemon jam balanced out the heaviness of the frozen cheese. The Alaskan king crab bouillabaisse is the perfect dish for warming up a winter night. A hearty stew made with Alaskan king crab, carrot, onion, celery, parsley and courgette, the broth was clear and the flavours on point, although we would have preferred it to be slightly richer. The steamed cockles were the least impressive item of the night, as we found them slightly on the bland side. Catalunya is well known for its suckling pig, and boy, did the suckling pig with mango tatin live up to its reputation. The Segovian-style suckling pig was composed of extremely crunchy skin atop a bed of shredded pork made into a terrine base that you could cut with a butter knife. This is the sort of food I dream of. The desserts on the winter menu were decadent, starting off with the pre-dessert of beetroot with yoghurt and rose. We loved the refreshing beetroot sorbet, followed by the subtle fade-in of rose flavours from the jelly that made up the base. 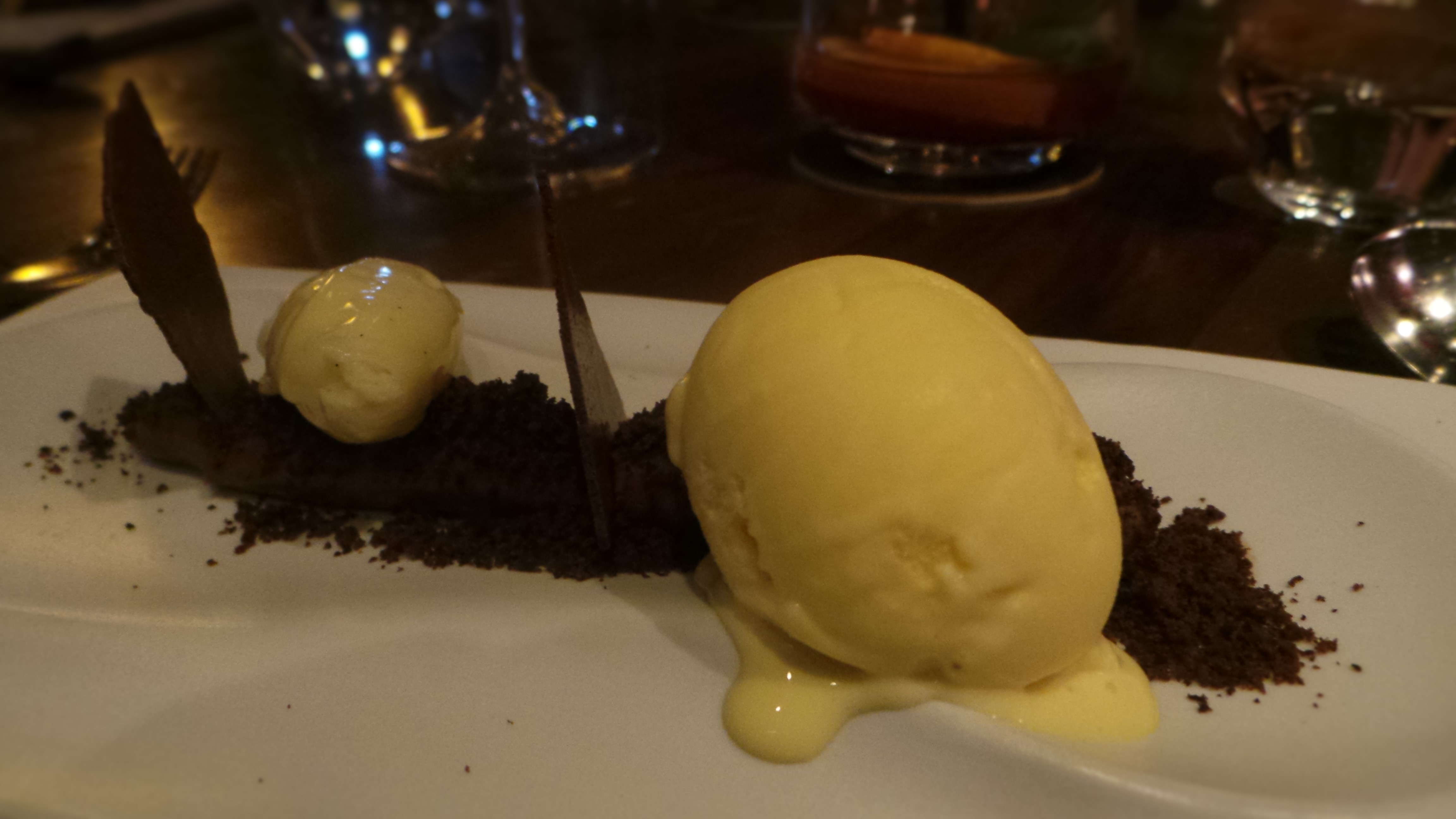 Chocolate lovers would die for the chocolate in different textures, which was a mix of white, dark and milk chocolates in different styles and textures. Quite heavy and fattening, but we did say this was a special occasion, didn't we?

The menu is priced at $788 per person and is available throughout the winter season. A wine pairing is also available for an additional cost of $550, along with a special Krug pairing of Krug Grande Cuvée at $1,680 or Krug Rosé at $2,680.

If you've had a look at Catalunya's à la carte menu, you would know that their items veer on the (very) expensive side. $788 a person might sound like a hefty sum to pay, but considering the fact that the menu comes in seven courses with ample amounts of seafood and even signature dishes like the suckling pig, we think it's a deal that you shouldn't miss.

This is burrata to make a cardiologist suppress a smile...