Care for some venison, rabbit, partridge or snail? It's not every day you come across these peculiar ingredients. But if you're feeling adventurous right now, hop over to Olé. They are serving up a scrumptious menu of six dishes utilising common game, an iconic theme of Spanish cuisine that deserves more attention in the Hong Kong dining scene.

While hunting used to be an integral part of Spanish culture, especially during medieval times, the activity has significantly died down in recent years. But this shouldn't stop you from heading to Olé to catch a glimpse of this respected tradition that, conveniently, also doubles as a super-cool bragging right. Had a lot of paella in your lifetime, you say? Try a paella made with rabbit and snails and tell me again. Because that's the true, traditional method of preparing paella, not the luminous yellow seafood paella that we've grown so accustomed to. 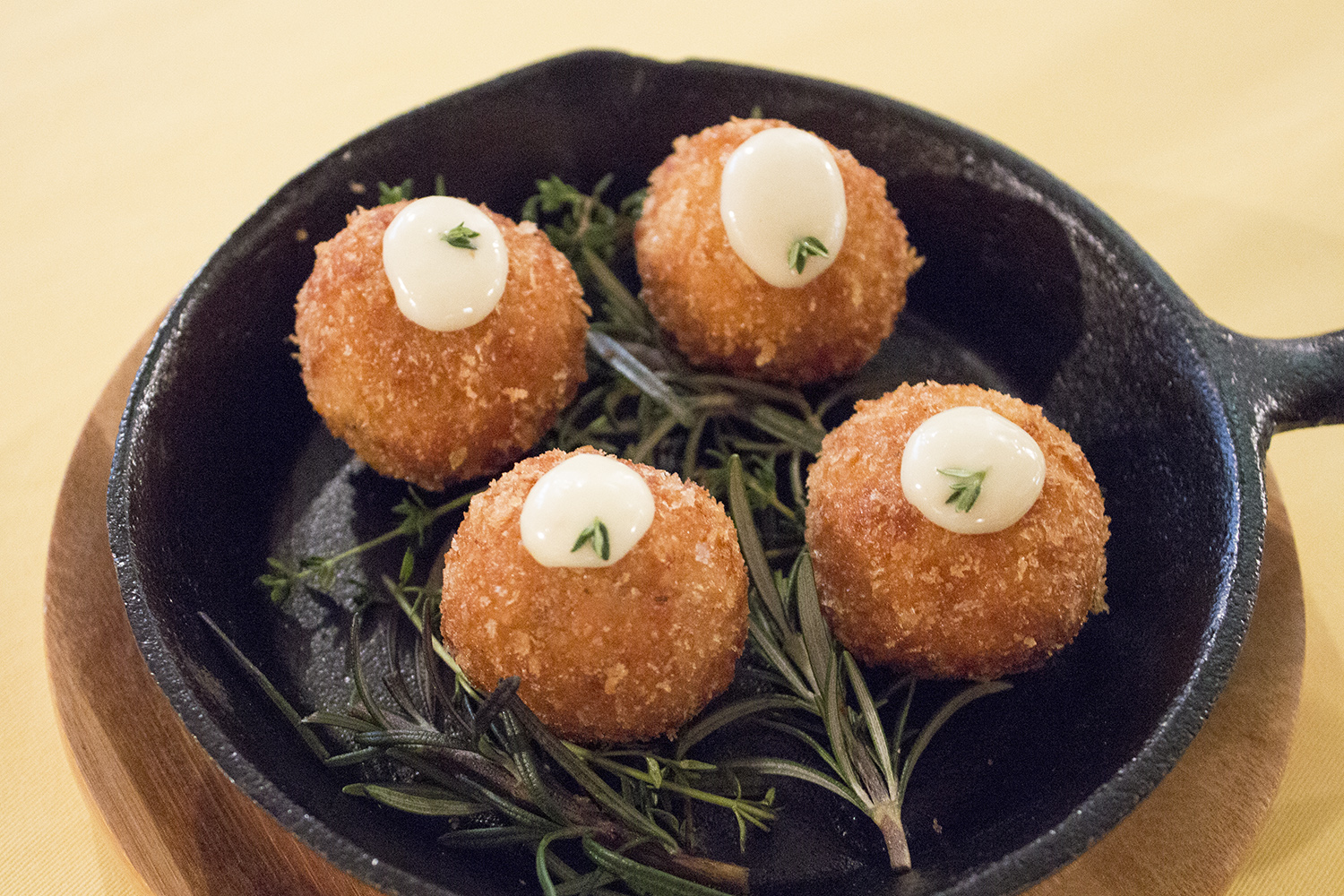 We started off with the porcini mushroom croquettes with truffle aioli ($110), which wasn't a game dish, but you'll be sorry if you don't order this. You know a mushroom croquette is cooked to perfection when you bite into its crunchy exterior and get hit with a tiny gush of warm air, before being exposed to a soft, creamy interior of porcini and onion. 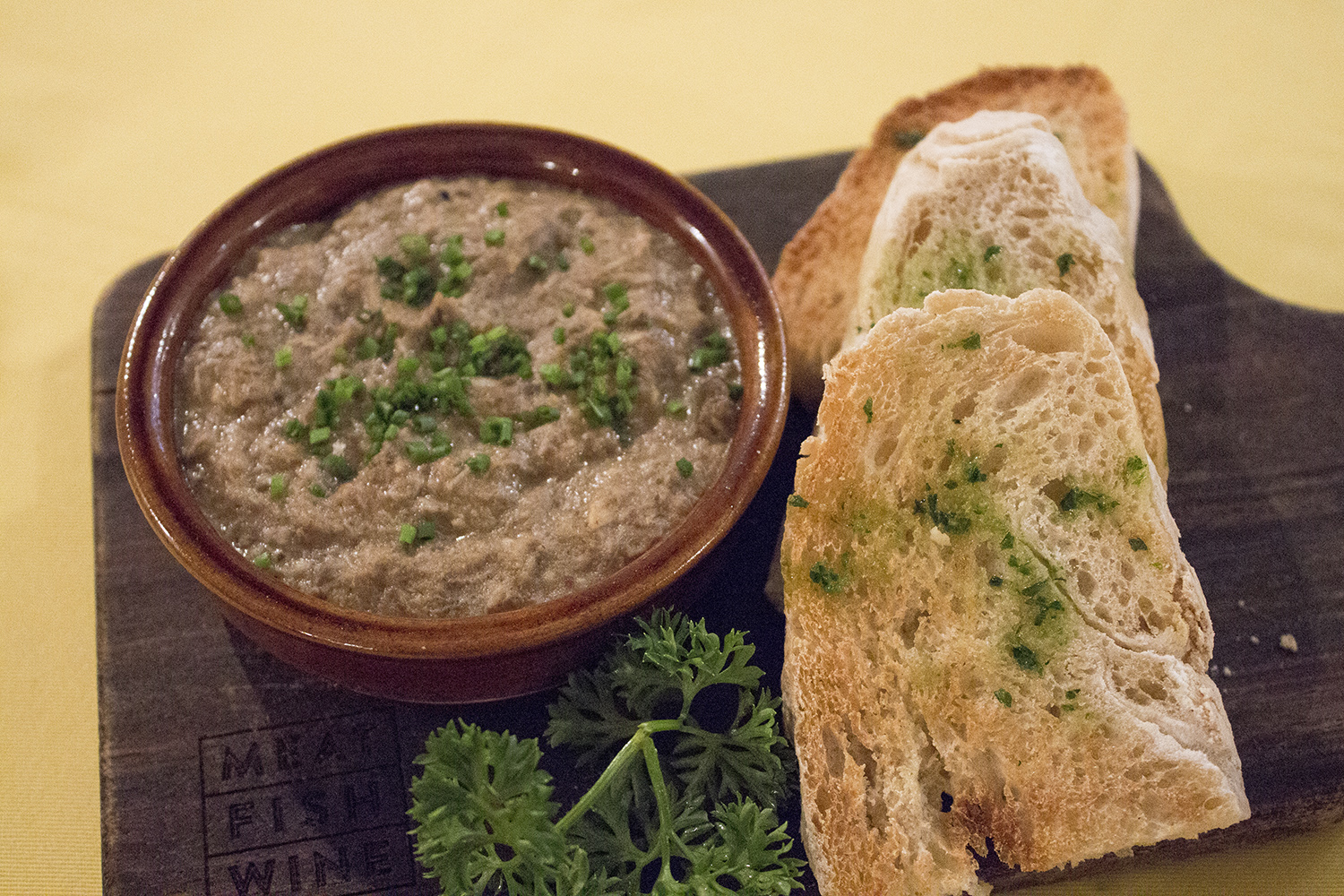 The partridge, pork belly, pork liver, ham and rabbit hunters' pâté morteruelo ($95) had all the ingredients stated in its name slow-cooked into a pâté and was served over toasted bread, resulting in wonderful, meaty textures that were a mix of fibrous and fatty, followed by flavours that run deep. The dish originated in the province of Cuenca, east of Madrid, and traditionally provided robust nourishment for shepherds. 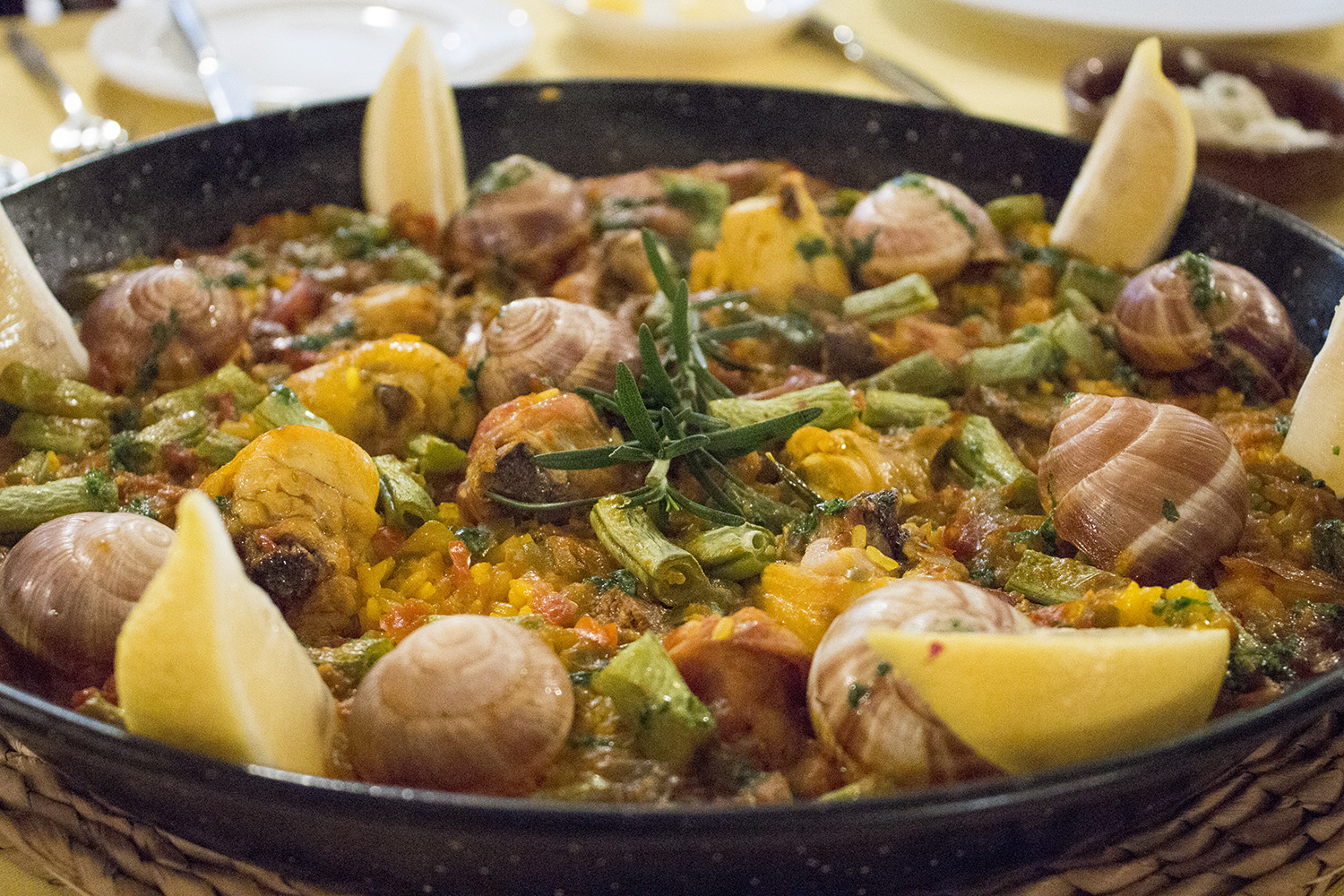 Moving on to the mains, the paella Valenciana ($440) was a dish to remember. Originating from the city of Valencia, the time-honoured dish has rice cooked with fish stock, garlic, saffron and rosemary and is topped with snails and pan-fried rabbit and chicken. The wafting aroma of the dish ensured the seafood variation was not even slightly missed. We thoroughly enjoyed the crisp, ochre-coloured rice that sucked up all the umami flavours of the ingredients. A good paella is one where the rice shines and everything else is just nice extras. 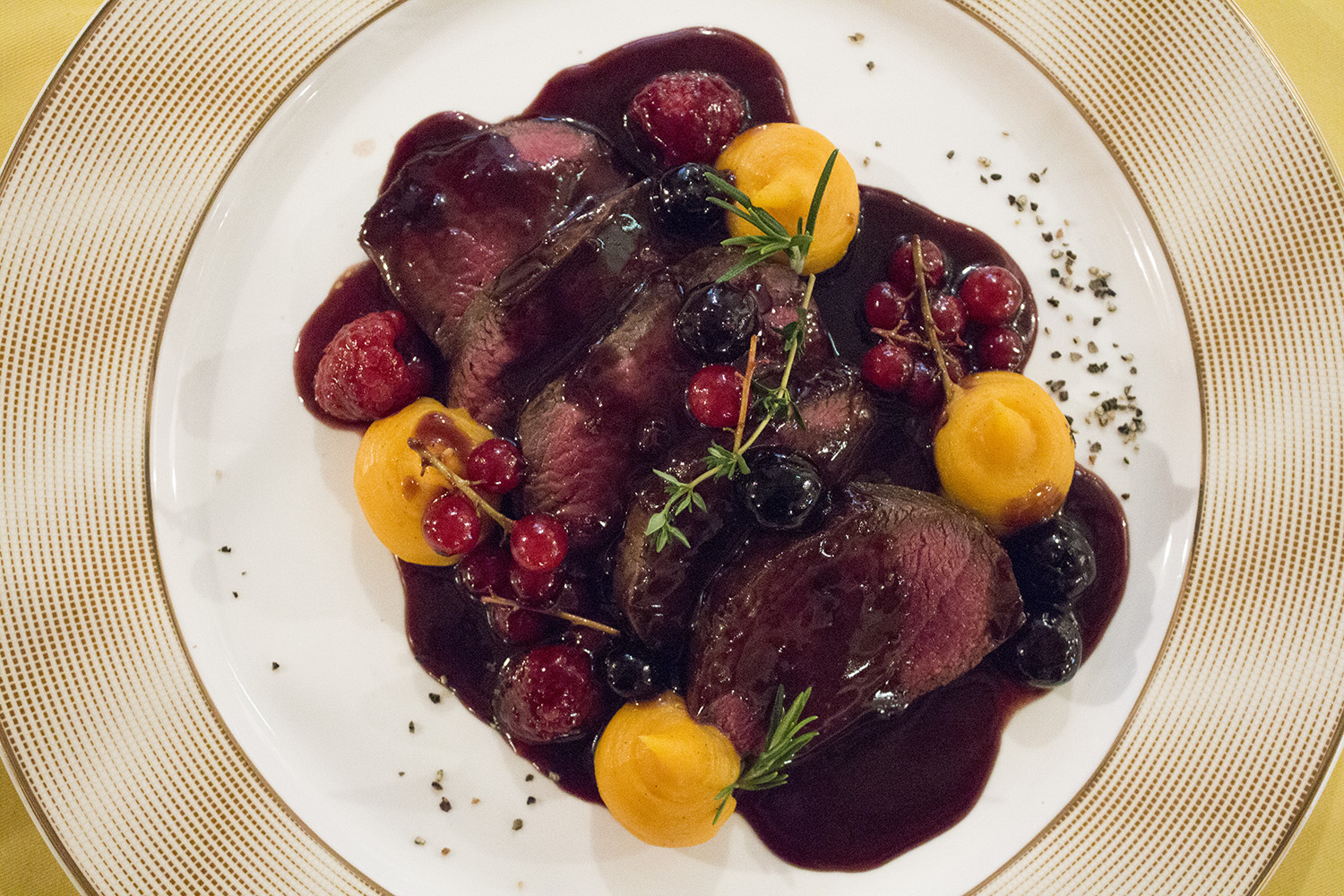 The venison loin with wild berries, sweet potato and red wine sauce ($380) was – oh deer – such a great balance between sweet and savoury. The pungent depth of the gamy meat would have been otherwise too heavy for our liking if not for the light and sweet wild berries. 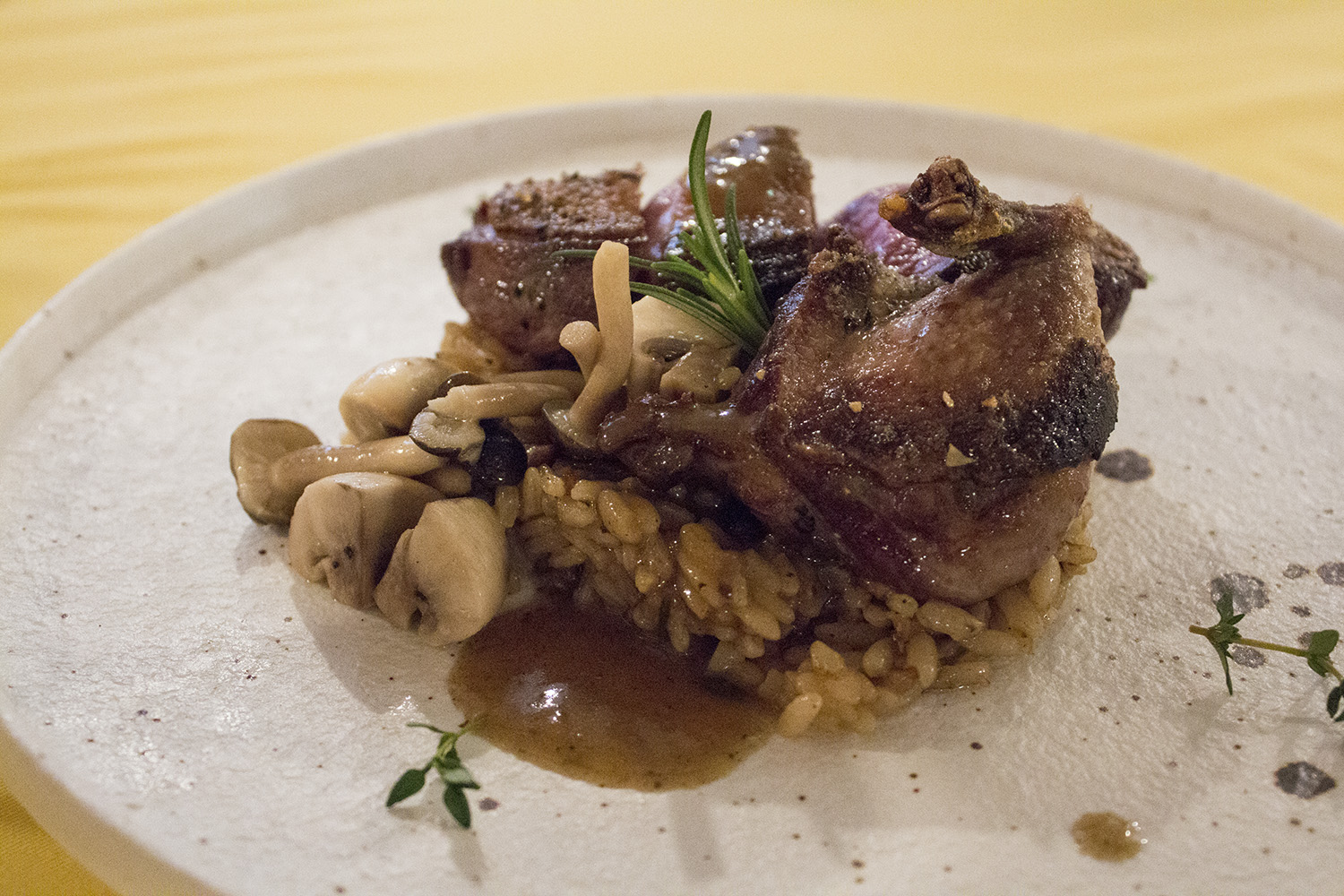 The wild mallard duck with seasonal mushroom juicy rice ($290) was our favourite dish on the menu. As opposed to the paella where the meats were cooked until they were fairly bland (as they should be), both the duck and the rice in this dish were equally flavourful. The bones of the duck had been removed to make a broth that was then mixed and stir-fried with mushroom, garlic, onion, Bomba rice and Oloroso sherry, creating a scrumptious sauce that we couldn't help but lick clean. We also liked the subtle hint of sweetness infused from the Oloroso sherry, as well as the firm, flavourful duck breast and thighs. 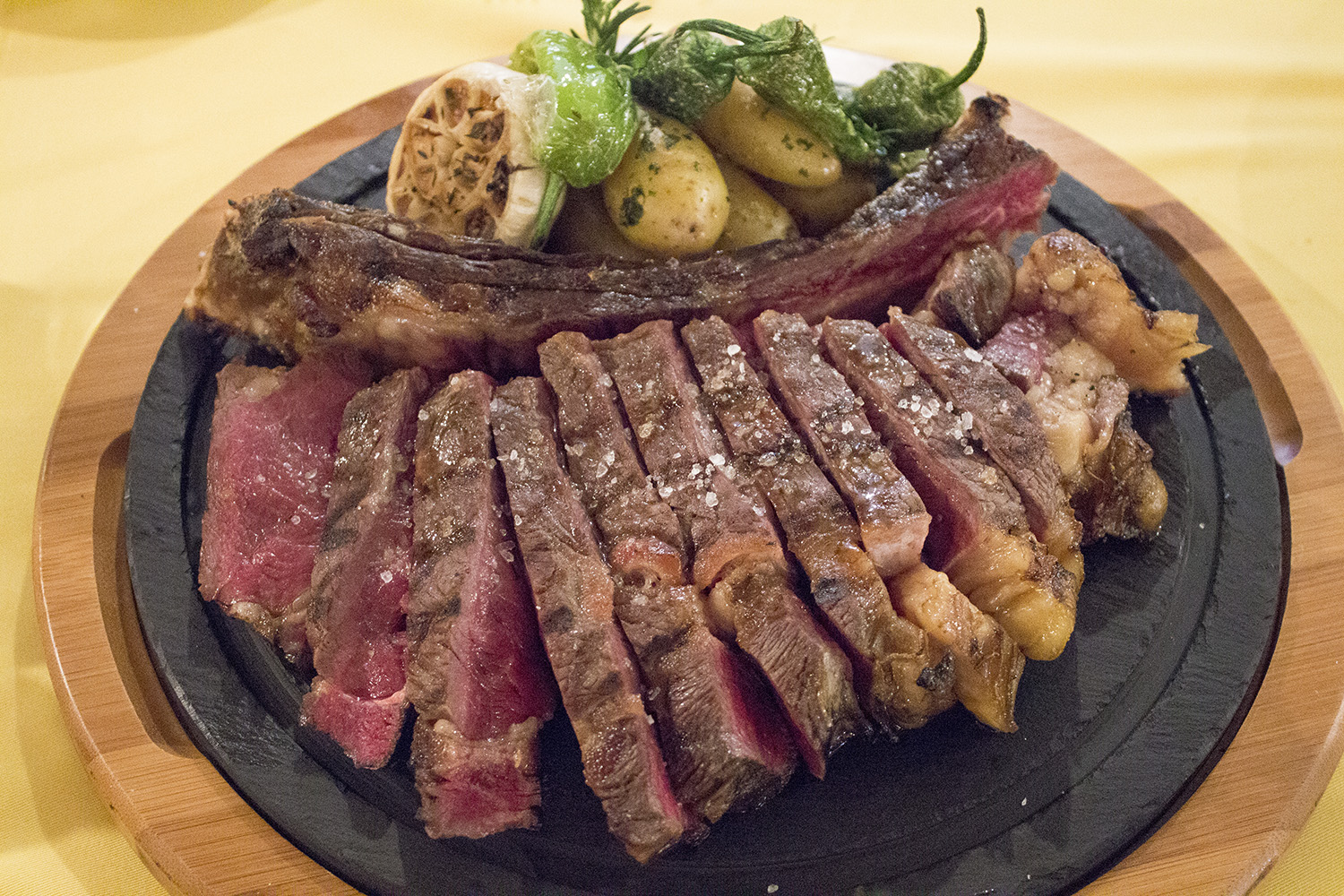 The 45-day dry-aged Rubia Gallega Txuleton ($380) was a dream come true for beef lovers. These 12– to 15-year-old free–range cattle produce smooth and tender meat that is delightfully rich in marbling.

The wild and intense flavours of game can be off-putting to a lot of people. What distinguishes a good kitchen from an average one is the ability to prepare these meats in a way that makes the overwhelming flavours less prominent for those who are not used to them, and Olé does this with skill and precision. The charming and cosy ambience of this little Spanish restaurant stands out even in the plethora of excellent restaurants in Central, making for a good reason to drop by even if you're not a fan of game.