The celebrated omakase restaurant has expanded to a second location

Fans of Japanese cuisine often look towards omakase as the ultimate form of indulgence. The prudent sourcing of top-notch fish flown in daily from Japan, the meticulous preparations that go into making every dish and the chef sensually wielding his knife before you in a way that's oddly therapeutic are just a few of the reasons more and more discerning diners are drawn to this form of meal.

So it's no surprise that an increasing number of restaurants dedicated to omakase have been popping up in Hong Kong. Among the top contenders is Sushi Man, a small, cosy restaurant that opened almost two years ago in Yuen Long that, up until today, still has an almost two-month-long waiting list. It was music to many's ears when they announced the opening of their second outlet in Whampoa two months ago, boasting not only a more central location but also bigger premises housing almost double the number of patrons compared to the first branch (32 vs 18).

We haven't had the chance to experience Sushi Man in all its glory at its Yuen Long branch just yet, but we hopped on the first opportunity to verify whether its new shop in Whampoa is worthy to carry on the reputation of its illustrious predecessor. We opted for the 15-course, mid-price menu ($1,500) because it features the restaurant's celebrated and extremely Insta-worthy uni bowl. 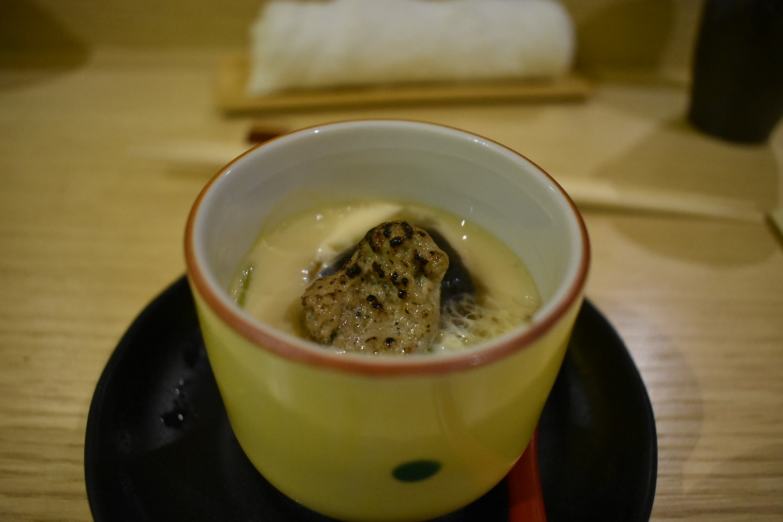 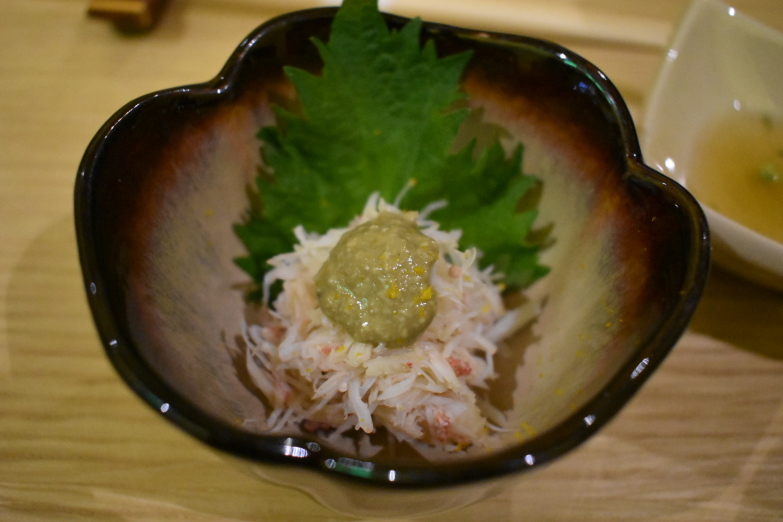 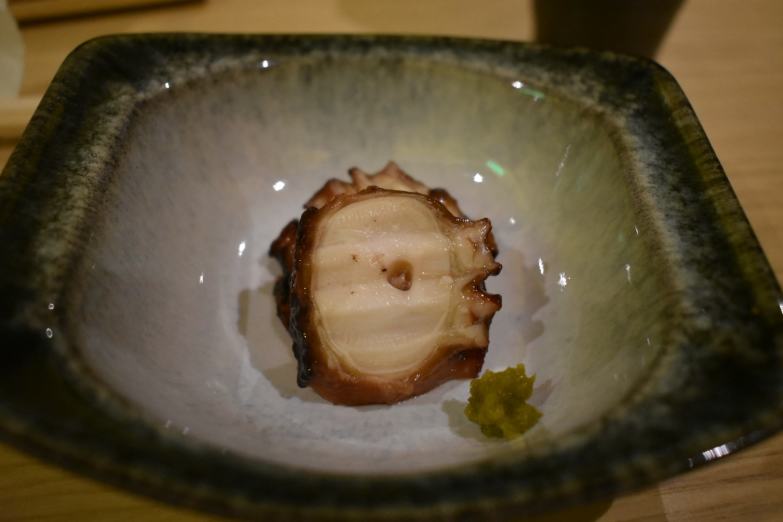 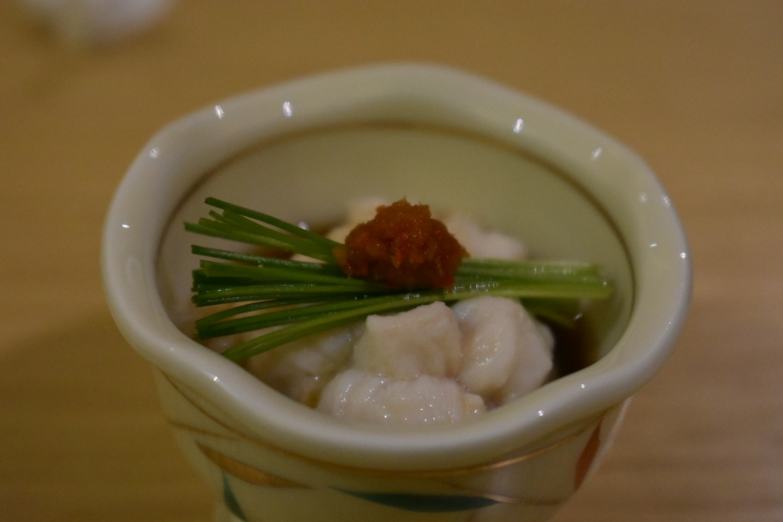 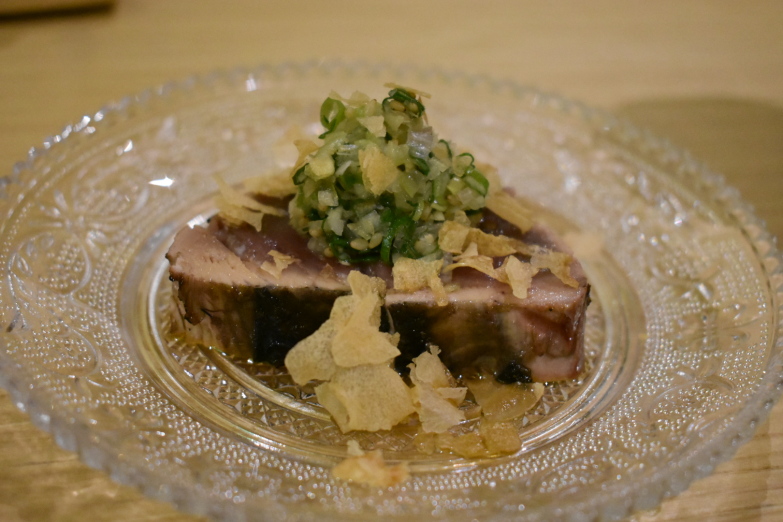 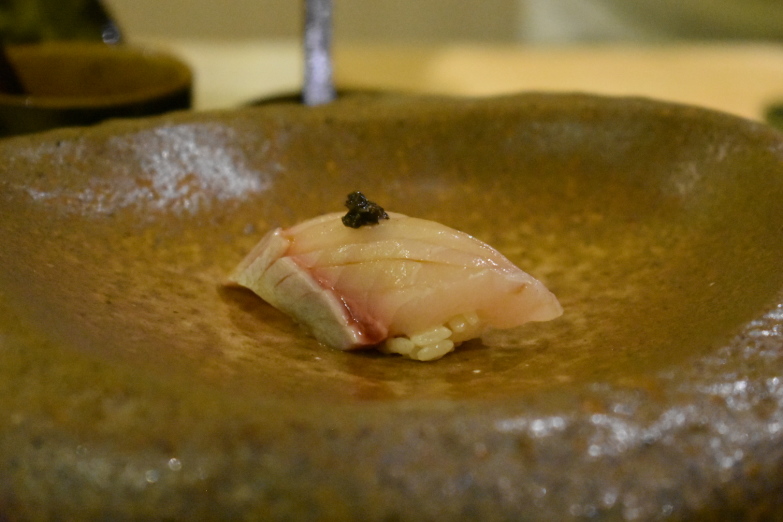 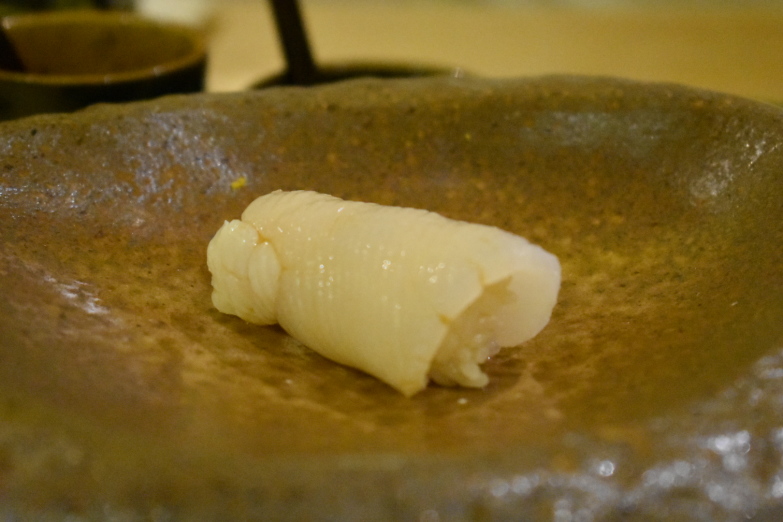 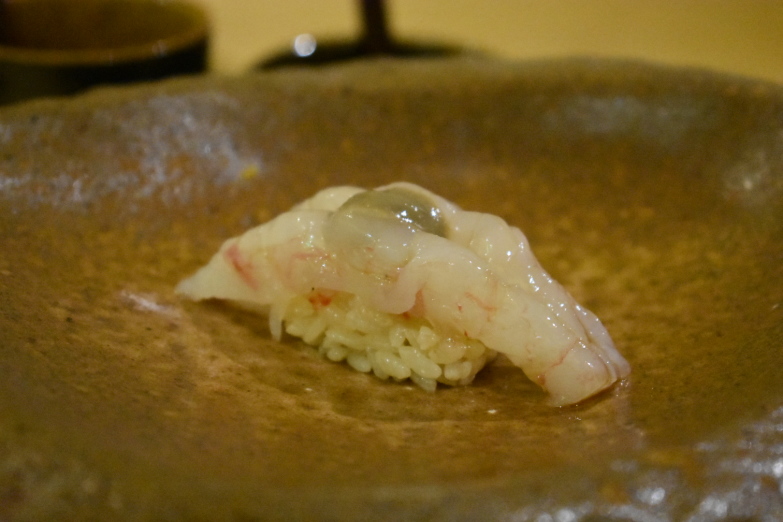 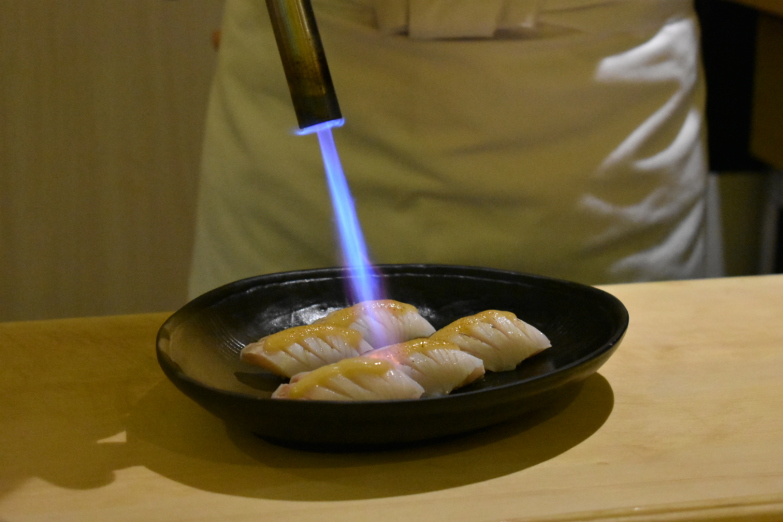 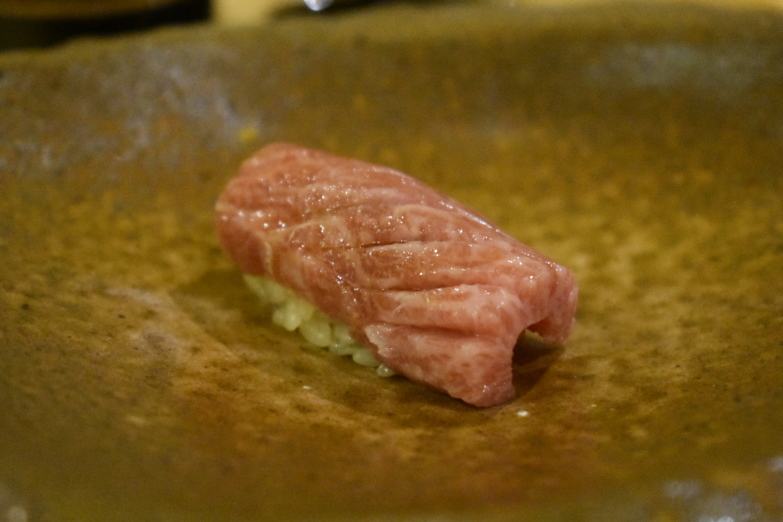 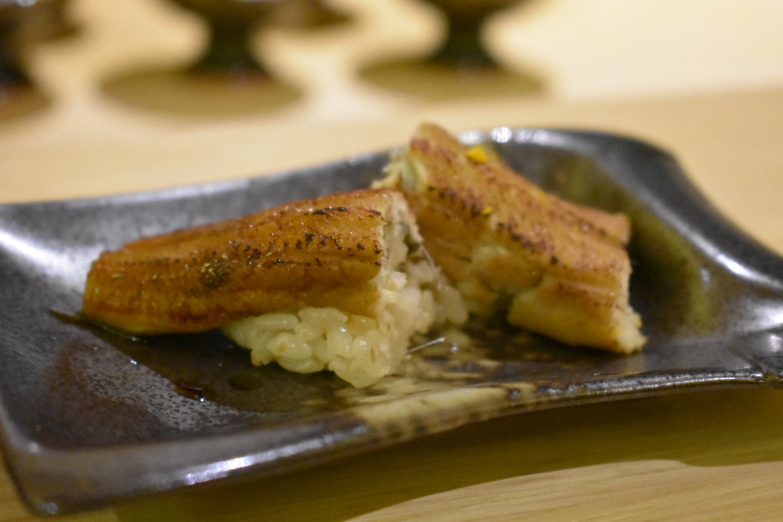 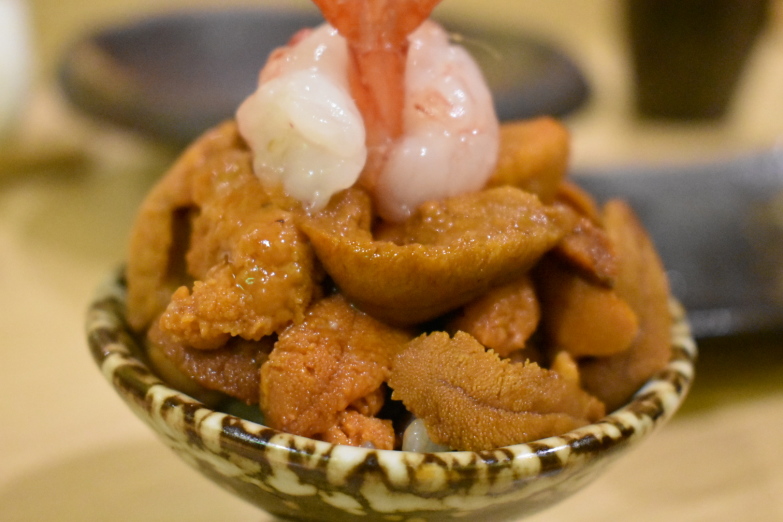 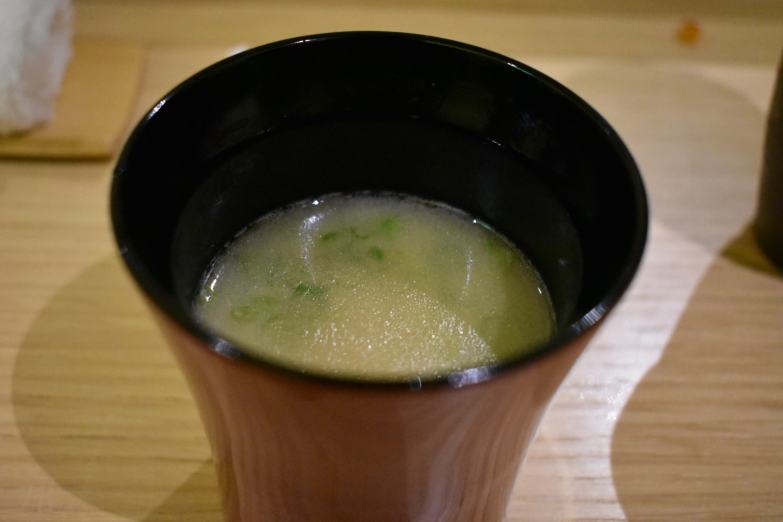 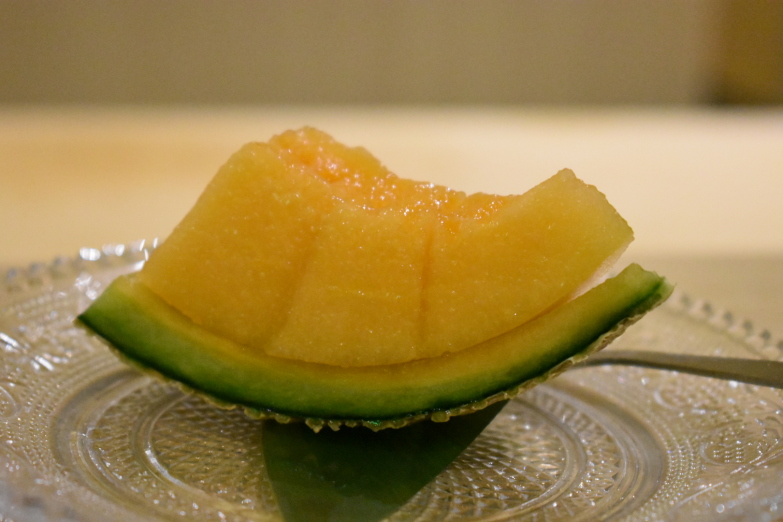 Every dish was expertly prepared before our eyes as our young, talented and cordial chef explained the origins of the seafood and the effort that went into its crafting. We particularly liked the salmon roe with yuzu, not least because the chef demonstrated its freshness by bouncing one off the table like a bouncy ball. The subtle taste of yuzu balanced the briny and sweet tastes of the ocean liqueur encapsulated in the perfectly crisp seaweed. The black cod sushi with miso sauce was another delight, with fresh, unusually fatty cod topped with a generous spread of miso that skewed towards the sweet side, torched altogether. The fish soup was also one of the best we've ever consumed, made with leftover parts from all the seafood imported that day and boiled for three hours to achieve a thick, milky white broth chock-full of the flavours of the sea. But the highlight of the meal was undoubtedly the uni bowl, stacked high like a glorious hill atop a bed of rice and further topped with an amaebi (sweet shrimp) to make one of the most luscious eating experiences we can ever hope to have. Is there such thing as too much uni? Well, no, just no.

While this was no life-changing experience, Sushi Man ticks off every item on the checklist of a good omakase restaurant. The seafood quality is excellent, there are unusual items that you wouldn't normally find at a run-of-the-mill sushi joint (the milt was even a little too adventurous for our liking), the setting is comfortable and there are plenty of opportunities for interaction with the chef. Bonus? That snap of the uni bowl will easily net you a hundred likes on whatever social media site you desire.