Black Kite takes off with some impressive brews

In the last couple of years, Hong Kong has been able to boast an impressive selection of craft beer imports thanks to the growing number of distributors searching the four corners of the globe to bring us the best microbrews on the planet.  However, as the thirst for craft beverages grows, it’s only natural that avid home brewers in Hong Kong stand up to be counted and contribute the very best of what Hong Kong has to brew.

In this series of reviews, I’ll be highlighting the growth of Hong Kong craft breweries and reviewing their selections. All for the good of the people of course!

For my first review, I visited Black Kite Brewery situated in Wong Chuk Hang, Aberdeen. Founded by brothers David and Daniel Gallie, the brewery is the namesake of one of Hong Kongs most familiar birds which regularly soar above our skyscrapers.

Having dived straight into the beers as I got there, the Pale Ale offered a nose of pineapple and grapefruit. With a light, clean body and a slight lingering bitterness finish, this beer was definitely a solid start. 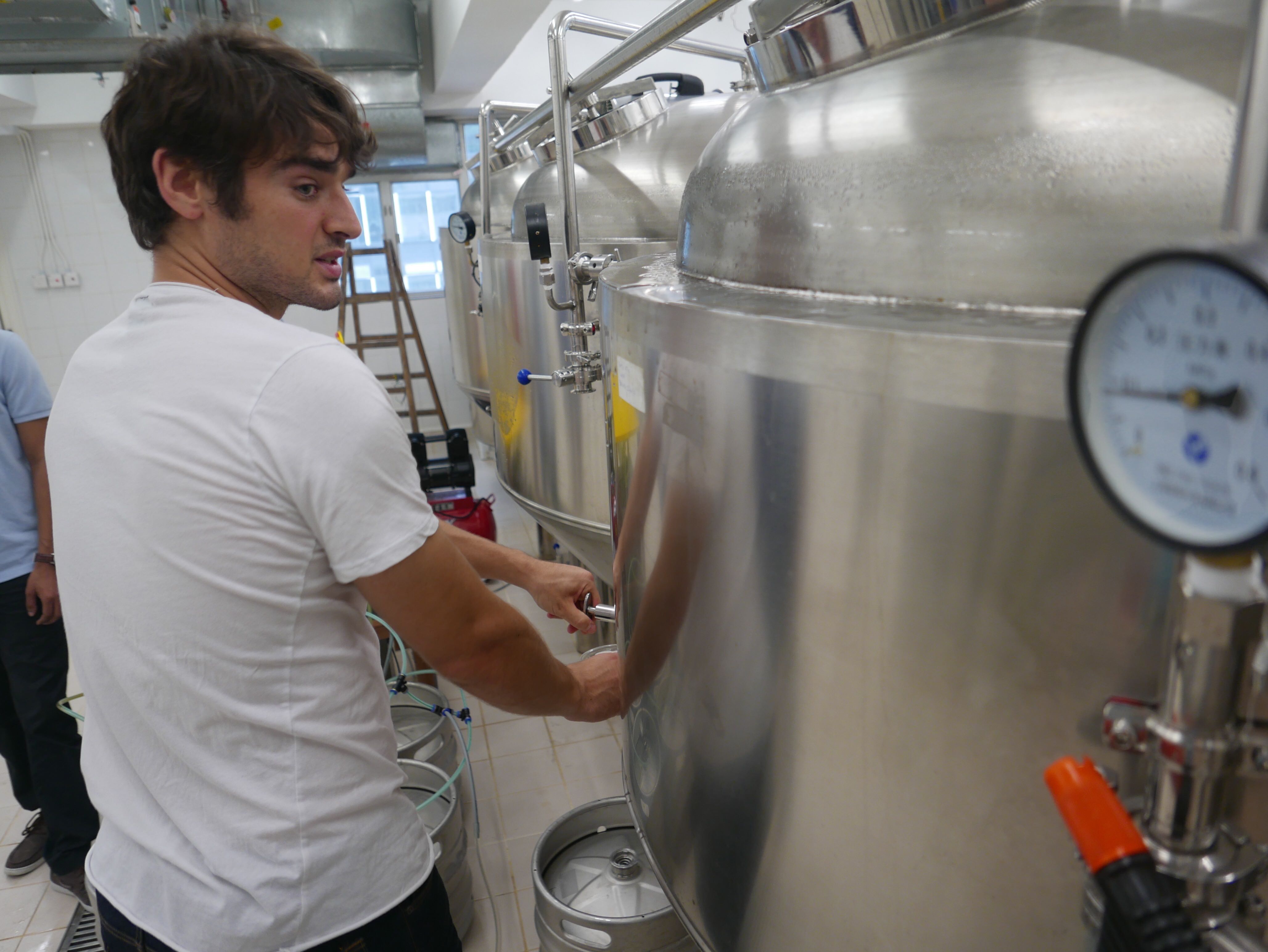 Next, I was lucky enough to try the Black Kite Wheat Beer right out of the tank, having just been conditioned. This was probably my favorite beer of the whole portfolio, as a wonderful banana aroma encompasses the nose. The body is creamy with a thick head and finishes very smoothly. This was definitely the beer that made me think of drinking it on a hot Saturday afternoon on a Hong Kong rooftop.

The beer I’d heard most about was the Black Kite IPA. I personally don’t think the response to American and British IPA’s has been widely welcomed in Hong Kong in general, especially as people’s palates are still getting used to the hop-forward approach of these IPA’s. This is probably the reason why Hong Kong breweries have created slightly more sessionable, less bitter IPAs to suit the local palate and pair easily with the local cuisine. The Black Kite IPA follows this trend as I was craving that little bit more bitterness. Having said that, the IPA does have great fresh notes of caramel and grapefruit, originating from the American hops. The body leaves behind a slight lingering bitterness on the tongue and adds to the balance between the fruity, sweet nose.

One of Black Kite’s special brews is the Golden Ale, brewed exclusively for Hullett House Hotel. The beer was clean and crisp, just what you’d expect from Golden Ale with tropical fruity notes, perfect for drinking on a junk trip or on a beach. I could definitely see myself drinking a few of these in the next couple of months! 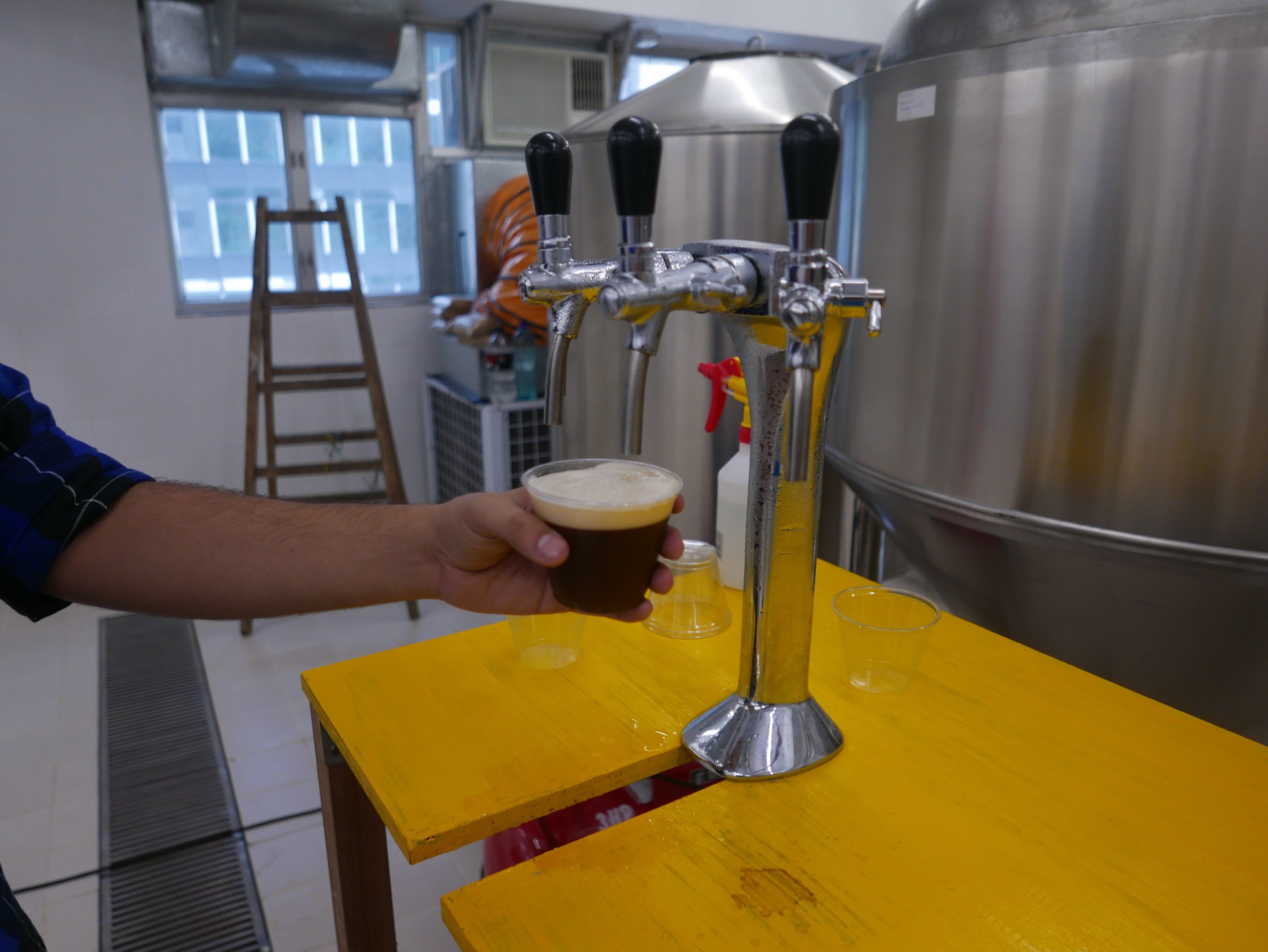 The Black Kite Brown Ale was one of the more interesting beers in terms of flavor profile. Rather than the usual roasty nuttiness, I picked up notes of cinnamon and bread, immediately reminding me of a cinnamon bagel! There was some caramel in the nose as well as the aftertaste, which gave it a great finish. For those of you looking for an interesting take on Brown Ale, this is definitely the beer of choice the next time you see it on tap.

Lastly, I tried the Porter. Strong coffee notes on the nose with a complimenting roasted almond like body that follows through on the aftertaste. The Porter had a great creamy body that filled the palate, allowing you to savor the almond notes.

Overall I was very impressed with the offerings at Black Kite. The brothers, with the help of brew master Johannes Lux, have added their own take to many of the classic styles, stamping their mark on the craft beer scene in Hong Kong. At the moment, their beers are available on tap both at Hullett House Hotel in Tsim Sha Tsui and The Globe in Central. You can keep an eye out for new outlets and updates on their Facebook page - I know I definitely will be!