Cheese Families: Everything you Need to Know About Uncooked Cheese

Everything you need to know about uncooked cheese

There are 8 different cheese families; today we are going to tell you about the uncooked cheese family.

Today we will discover tasty, uncooked cheeses such as Cantal, Laguiole and Saint-Nectaire

The History of Uncooked Cheese 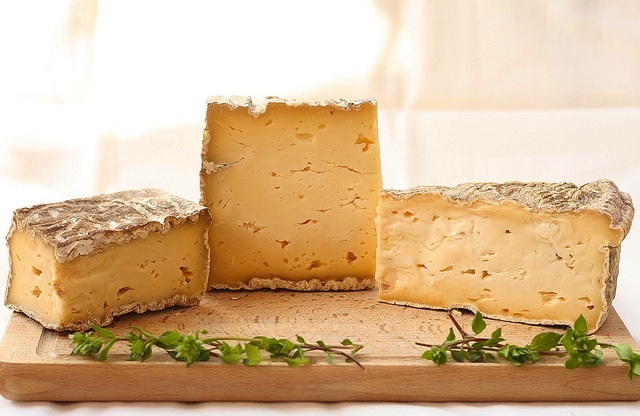 The action of pressing the curd has been known since the ancient times, and constitutes the main characteristic of pressed, uncooked cheese. Since the first century, the Romans sought to speed up the curd draining process using large stones.

One thousand years later, with the beginning of the second millennium, the Abbeys, who were running huge areas of land, wanted their share of the emerging market economy. The Benedictines, the Cistercians, and the Trappists all started producing soft cheese with washed rind as well as pressed, uncooked cheese...

Within this large family of cheeses, the process of producing such diverse cheeses are nevertheless identical. The milk is heated; it coagulates quickly with the rennet in a heated room at 30°C. The curd is sliced and stirred until it takes on its granular consistency. It is then wrapped in cloth and mechanically pressed so that the whey (lacto-sérum) is swiftly separated. For Saint-Paulin, Gouda, Edam and Mimolette types of cheese, the grains of curd are washed in the tank.

Afterwards, the curd is molded before and / or after the pressing, depending on the type of cheese. It is then salted, by immersing it for several hours in brine with a concentration of around 28%.

The draining process is lengthy: from two months to one year. Some cheeses are of a larger size (Cantal weighs between 35 to 45 kg). In this case, they are molded several times and they are formed of successive layers that bond and homogenise under mechanical pressure.

Certain cheeses within this family have waxy or tinted rind, e.g. Saint-Paulin and Pyrénées. Others have a natural rind, such as Cantal, Laguiole and Saint-Nectaire to name a few.

In general, pressed uncooked cheeses have a relatively thick rind, depending on their draining duration. This duration also determines the flavour of the cheese. They are sweet and slightly stinging when the cheese is young, transitioning to a more fruity taste with a hazelnut aroma and gradually more stinging as the cheese ages.

The texture of the cheese may be pasty, soft, creamy, smooth, granular or floury. When cooked, the tenderness of the pressed uncooked cheese will give any gratin a nice colouring. 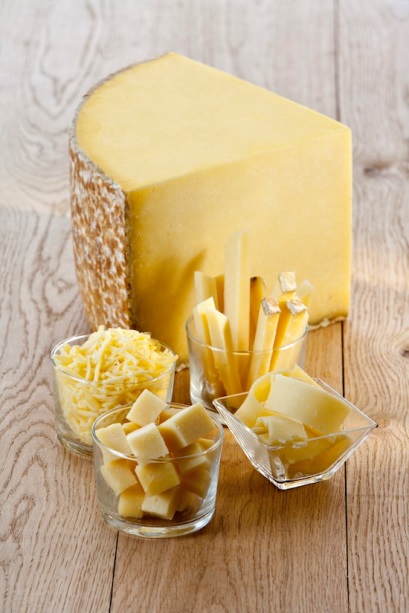 Murol, Saint-Nectaire, and Saint-Paulin types of cheese have culinary uses very close to those of the pressed cooked cheese (Comté, Beaufort, Emmental).