A Lesson in Steak Cuts

With clever guidance from the team at Marbling

We get it; meat can be intimidating. What's the difference between a porterhouse and a T-bone when they both come from the same part of the cow? Is it called a New York strip or a Kansas City strip? An oyster blade steak sounds real fancy – I have no idea what that is – but should I order it?

Luckily, we are here to help, along with Marbling's guest relations manager, Scott Leblond, who is an expert on such topics. Gone are the days of walking into a steak restaurant and slowly dissecting the menu only to find out that you don't know all that much about different cuts of meat, so you hesitantly opt for the one thing that you know everyone else raves about, because you're too shy to ask your server about their recommendations (ain't nobody gonna impress their date if they don't know their steaks, right?).

So read on to enlighten yourself and find the answers to all your common steak questions – you'll never feel lost again with these handy nuggets of knowledge.

This is undoubtedly a term you have come across in the midst of steak talk. Marbling is the definitive factor in establishing the quality of the meat. It refers to the white streaks and flecks of fat within the lean sections of meat, not the fat that surrounds the meat that can be trimmed off. Also called intramuscular fat, marbling is what adds flavour to the meat, and in most cases, the more marbling = the better the quality. Marbling fat melts at a lower temperature than other fats, resulting in more tender and delicious meat. 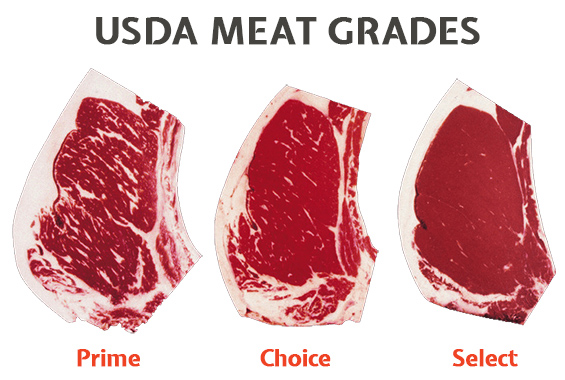 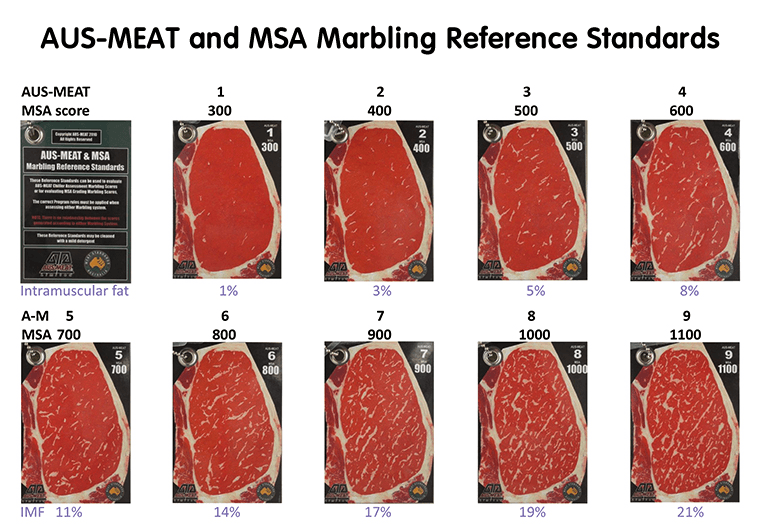 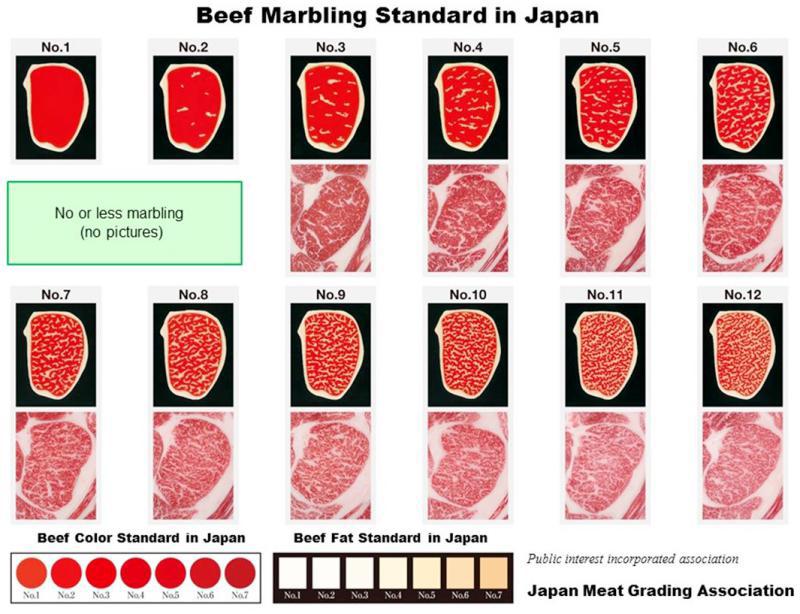 Most countries that are major players in meat production grade their cuts of meat in different methods. Marbling mainly showcases steaks imported directly from Japan, Australia and the US, and the grading systems of these countries vary vastly. The US uses a basic grading system based on the quality of the meat (in order of value and quality: US Prime, US Choice, US Select and US Standard – for, well, the standard stuff you can purchase just about anywhere), whilst Japan and Australia employ much more detailed systems. In Japan, not only is the meat quality rated (from A1 to A5, with A5 being the most premium), but the marbling receives its own grading scale (from 1 to 12, with 12 being the crème de la crème). The Australian grading system ranges from M1 to M9.

In Japan and Korea, the traceability of produce is of such importance that farmers will possess and provide detailed information on their cattle to enable others to confidently track meat from farm to fork, especially when it comes to premium and highly prized Wagyu cattle. 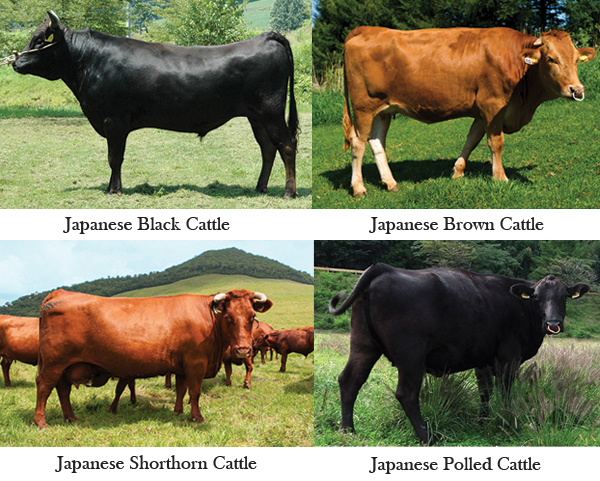 What is Wagyu beef?

You've doubtlessly heard the term thrown about countless times, but what is Wagyu beef? Wagyu, which means 'Japanese cow' in that same language (ooh, spoiler), refers to several different breeds of cattle that are highly prized and desired owing to their superior level of marbling. As such, Wagyu is known for its high quality and is accordingly priced. Kobe (another name you've definitely heard of) and Sanda, amongst a few others, belong to the family of Wagyu beef and are named after the specific areas of their cattle farms.

So if Wagyu refers to Japanese beef, how come there's Australian and American Wagyu? Several decades ago, Japan exported their Wagyu cattle to other countries, and these farms and cattle producers have begun breeding their own Wagyu cattle, mixing it with native breeds, such as Angus, resulting in American Wagyu cattle (better known as American Kobe beef) and Australian Wagyu. Some argue that these offshoots are not as good as the real Japanese stuff, due to the interbreeding.

The food eaten by the food we eat (does that make sense?) plays a huge role in its development. Though there is no correct answer as to which type of cattle is superior to another, there is a difference marked by these two dietary requirements: grain-fed cattle produce more marbling, giving a buttery and rich flavour, whereas grass-fed cattle result in leaner, stronger-flavoured meat. Why? Well, because it's difficult getting cows fat on a diet of grass.

The benefits of different cuts

Of course, different cuts of meat suit different tastes. In Scott's experience, most people in Hong Kong prefer a more tender approach to their steaks, while Europeans seem to enjoy leaner meats. As such, to cater to the tastes of the masses, the cattle whose meats are served at Marbling are grain fed and are naturally softer and more buttery.

Short rib: Taken from the chuck portion of the cattle, the short rib is very tender and a little fattier than the striploin or the round. It's not strong in flavour and is not considered the most premium cut, but it is prized for its texture and tenderness. Marbling's version of this is slow cooked for 16 hours with the bone in, resulting in very soft, falling-off-the-bone meat when served.

Rib-eye: Rib-eye, taken from the rib area of the cattle, can be served with or without the bone, but when served with the bone, it is known as cowboy steak. True to its name and connotations (cowboys and Texas, where everything bigger is better), this is a huge cut of meat and is normally prepared to be a sharing dish. Marbling's rib-eye cowboy steak is grilled and is an easy, crowd-pleasing choice owing to its universally agreeable flavour and tender texture. Go for this option when attempting to satisfy everyone in your party.

Porterhouse and T-bone: Same, same, but different. These two cuts are very similar in structure in that there are two cuts surrounding the bone, but the portion of each cut is varied. Both cuts are taken from the juicy striploin, but the porterhouse carries a bigger portion of tenderloin and the T-bone carries a smaller portion. Easy, right? So your choice between porterhouse or T-bone really only depends on how you prefer your striploin-to-tenderloin ratio.

Top sirloin: Taken from the rump of the cattle, the top sirloin is a lean cut with a good amount of marbling. Considered a premium cut of meat, some actually refer to a thick top sirloin steak as a chateaubriand, although others reserve that term for a much more specific cut of tenderloin (read above). 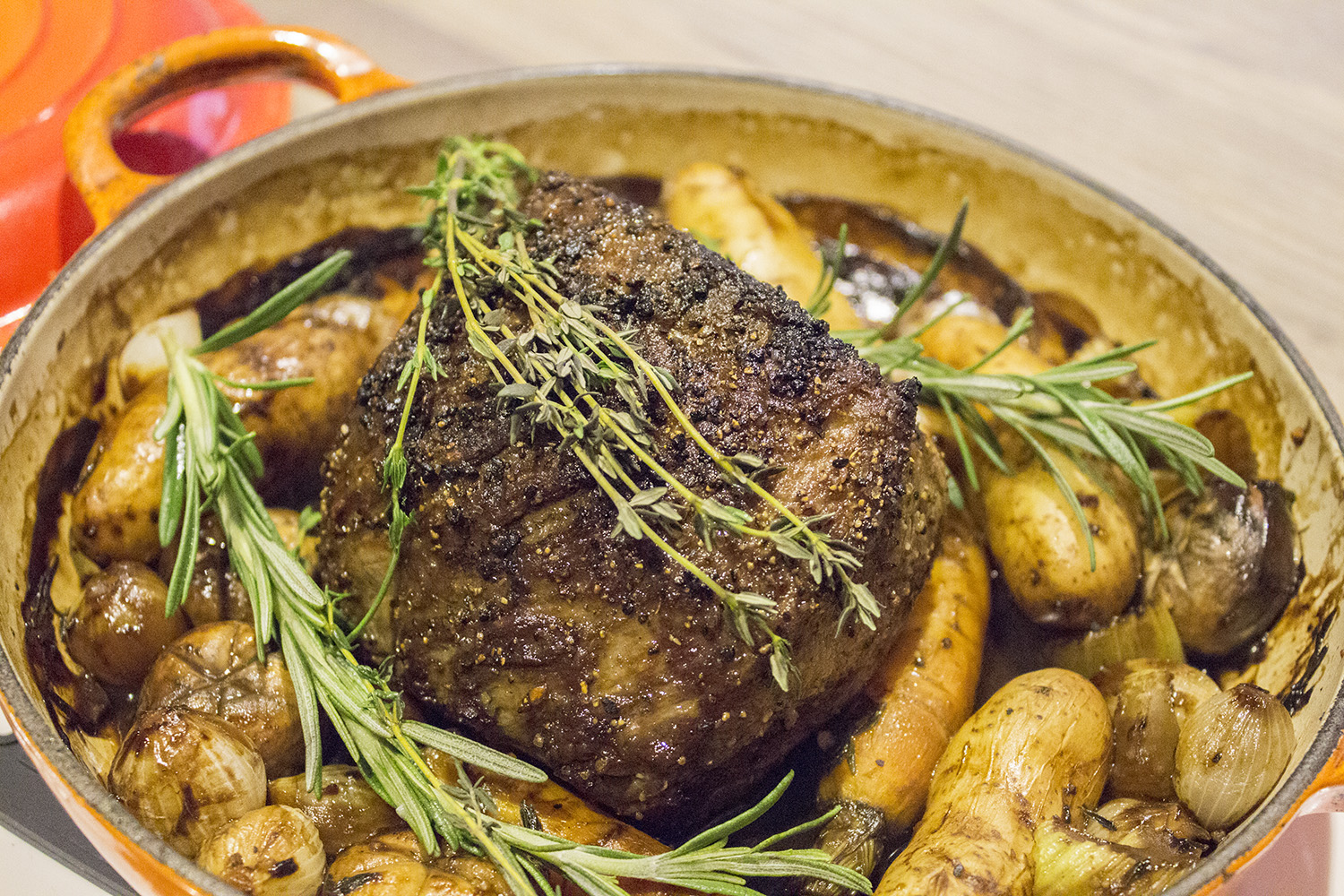 Branded as a more high-end option, Marbling belongs to the Mr Steak concept group, which imports and trades their own meats and was one of the first companies to open up the Hong Kong market to Wagyu beef. With their newly launched speciality cut menu, Marbling hopes to introduce more diners to the world of affordable steak dining. Having in-house relations with their importers not only guarantees the freshness of their meats but also significantly reduces the market price of their products (which is why you'll notice that the steak items on Marbling's menu are much more affordably priced than other steak restaurants that Mr Steak sells its produce to).

We tried the oven-roasted Japanese Wagyu top sirloin ($880), with an A5 11 rating on the Japanese system, served with summer ratatouille, roasted potatoes and creamy mushroom sauce. Despite being a relatively small chunk of meat, don't let its looks deceive you; it is a sharing dish, as high-quality marbled meat is quite heavy and filling (and hey, you're not meant to eat that much meat, anyway). Soft and tender, cutting the meat was like slicing butter, and the texture was very much the same: it melted on our tongues.

Now that we've provided you with a little more understanding of meats and steaks, perhaps it's time to go forth for a test drive at Marbling in Causeway Bay and comfortably tackle their menu. The team are knowledgable and helpful, and the dishes are delightfully straightforward, putting the limelight on that which matters most: quality cuts of meat.