Supersize Me: Where to Eat XXL Food in Hong Kong

Bigger is better! What supersized foods can one feast on in Hong Kong?

We're already feeling the withdrawal symptoms after Burger Joys' first international burger-eating competition, where we watched ordinary humans face off with astronomical amounts of food, so we went out in search for other supersized offerings in Hong Kong. Here's what we found: 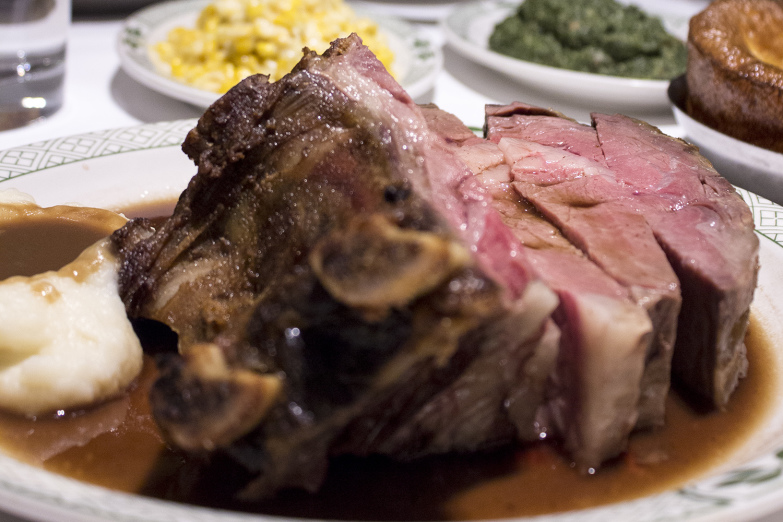 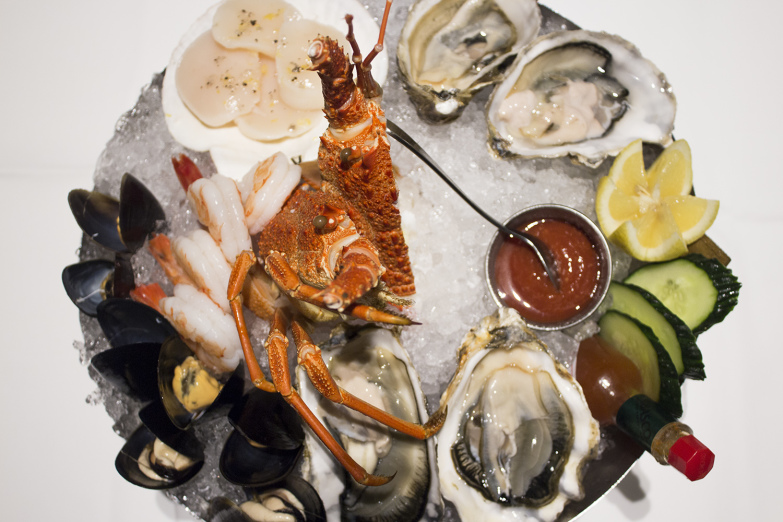 Did you know that Hong Kong has a professional American football team? No, we didn't either. And, apparently, one of the initiation rites of the Hong Kong Warhawks is to finish Lawry's colossal Beef Bowl Combo ($2,480 for 4 people), a bone-in, 24-ounce cut of prime roasted rib, complete with starters of Lawry's famous spinning bowl salad and a fresh seafood platter, sides of mashed potato, creamed corn, Yorkshire pudding and creamed spinach and a dessert of baked Alaska. This monstrous dinner set is meant for four (regular-sized) people, but legend has it that the team members feasted on a full portion each – and still had appetite and space for more! I'm exhausted just imagining it. But the real question is: will you take on the challenge? The Beef Bowl Combo is now available for Hong Kong foodies, if you dare. 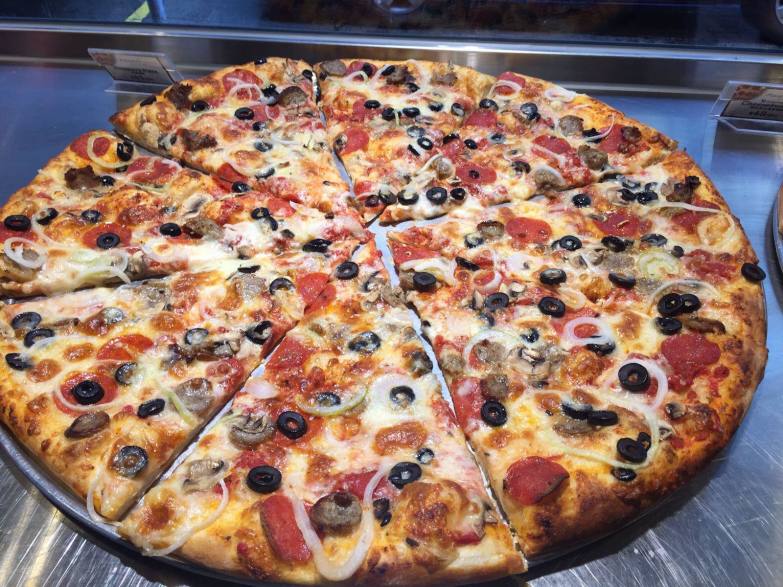 No-brainer. Where do you go for a pizza you can wrap around your waist and wear like a towel? Paisano's. Famed for their American-style slices of 'za, each about the size of a small laptop, they serve up the usual suspects of margherita, four-cheese, Hawaiian, pepperoni and much more, but there's also an adventurous bacon cheeseburger pizza for those with more daring taste buds. And there's something for the competitive spirits among us – Paisano's has been hosting the infamous 24" Pizza Challenge for many years, which the author has attempted (and failed). Two participants get a steaming hot 24-inch cheese pizza and must finish it all within 20 minutes. The prize? You'll get your pizza for free and your name and photo slapped on the wall for gloating purposes. 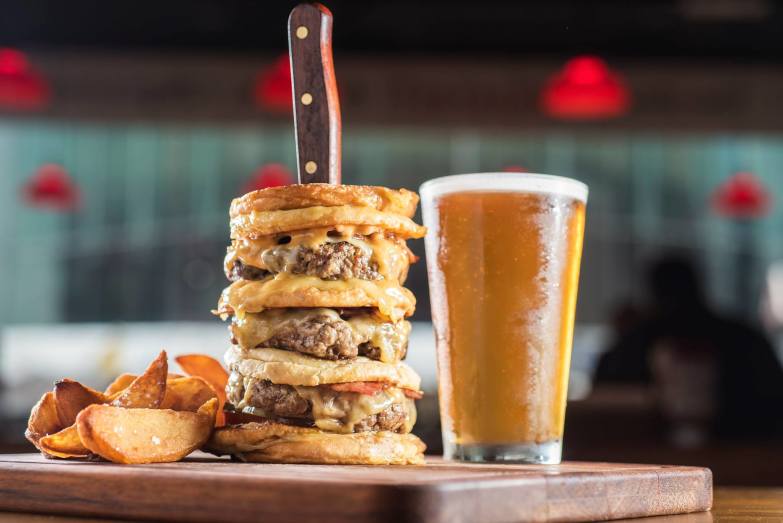 Not quite as big as the mean machine served up at Burger Joys in the form of an eight-patty, 1,800-calorie burger, but this one's pretty up there in terms of non-American standards. The Butchers Club Burger's Double Happiness ($180) is a juicy, double-stacked cheeseburger that comes with maple-smoked bacon, tomatoes, pickles, double cheese slices and two grilled cheese sandwiches as buns – plus an elegant steak knife stabbed through the heart of it for good measure, or bold-faced intimidation, we're not sure which. Either way, we love it and always bring a friend with us to mop up the leftovers (if there are any). 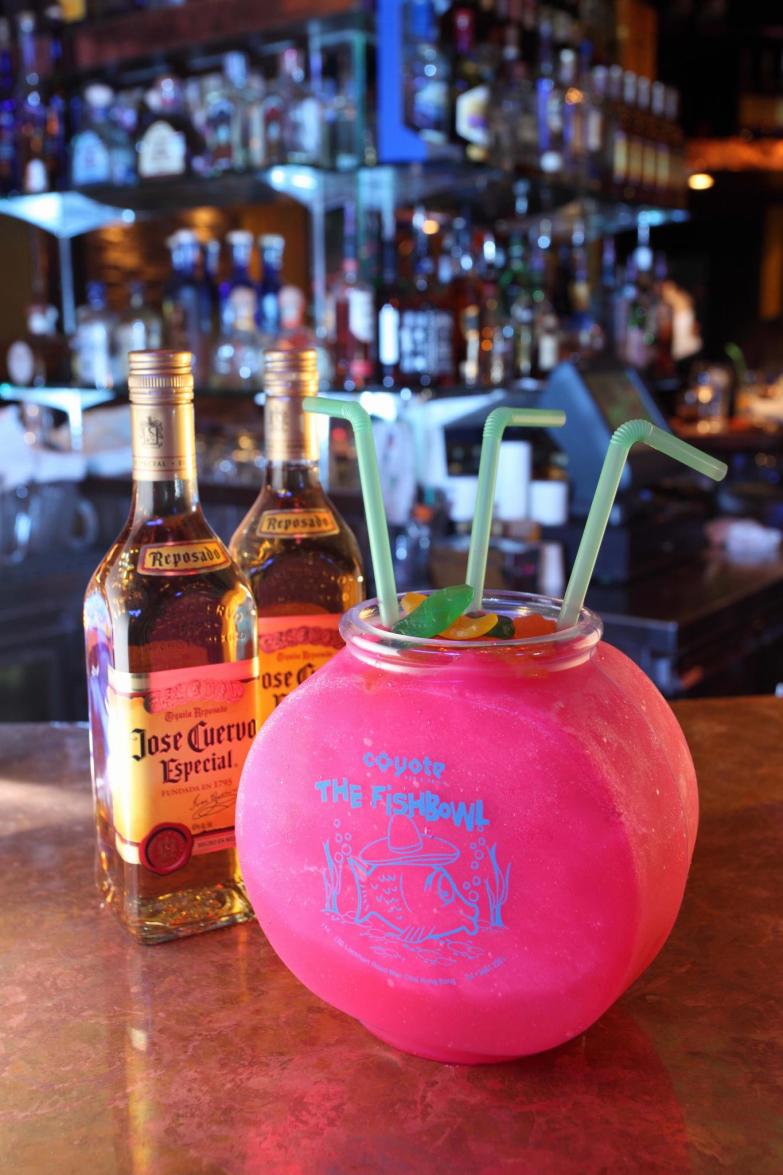 Sure, it's meant to be shared with friends, but rules like that were made to be broken. Coyote's infamous Fish Bowl ($488) is a 2.3-litre vessel of flavoured margarita, and it's not for the faint-hearted. Choose between the nostalgic Suzy Wong, a blend of guava and mango, the refreshing and melon-y Green Monster or the classic Spunky Monkey, a decadent banana drink topped with chocolate, whipped cream and more. If a generous sip of the Fish Bowl doesn't bring back Hong Kong teenage memories, we don't know what will. 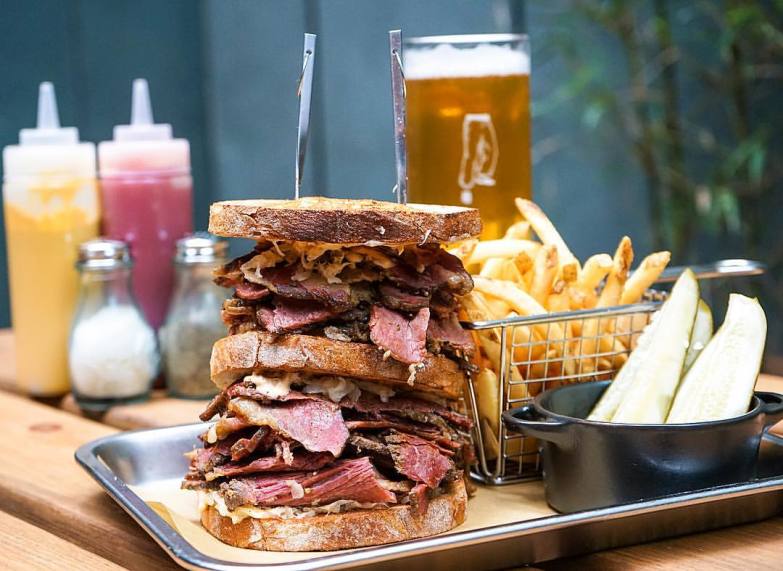 Every Monday night, we see an ambitious crowd hovering around the tables at Morty's, sussing out the fixin's of the beastly 1kg reuben sandwich. Finish that, a loaded basket of fries and a serving of pickles in 30 minutes or less and you'll get your meal on the house. Any meat lovers out there who'll dare? If competition's not quite your thing, you could always slowly nibble at it (for a price).