Hong Kong and Macau’s best mixologists gathered for the Food Round of Diageo's World Class competition at Duddell’s.

Hong Kong and Macau’s best mixologists gathered for the Food Round of Diageo's World Class competition at Duddell’s. As if having Michelin two star dim sum for dinner was not a unique experience in itself, each of the eight dim sums were paired with a specially crafted cocktail by the city’s most popular mixologists, from some of the most loved bars we all have gathered at numerous times (such as Quinary and The Woods to name my personal favourites).

Expectations always run high when dining at a starred restaurant but none of the dim sums at Duddell’s were less than perfectly crafted. The bonus for me was the distinct mushroom flavours in the "har gau" (shrimp dumpling), the best BBQ pork puff and Duddell’s signature abalone tart, that I can’t stop boasting about. 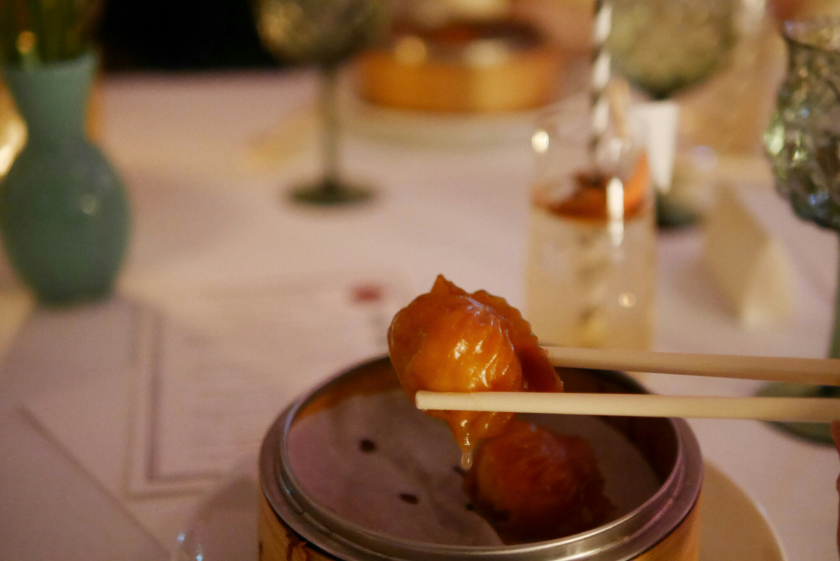 The event got off to an excellent start as we were served with Antonio Lai’s (from Quinary) Genmai 13, which turned out to be my number one favourite that night (or possibly ever). The cocktail was super clean, fresh and with earthy flavours of roasted rice and tea. The idea of pairing dim sum with a cocktail definitely raised some eyebrows but the Genmai 13 resembled tea, complementing the fresh crispy seafood flavours in the shrimp dumpling. 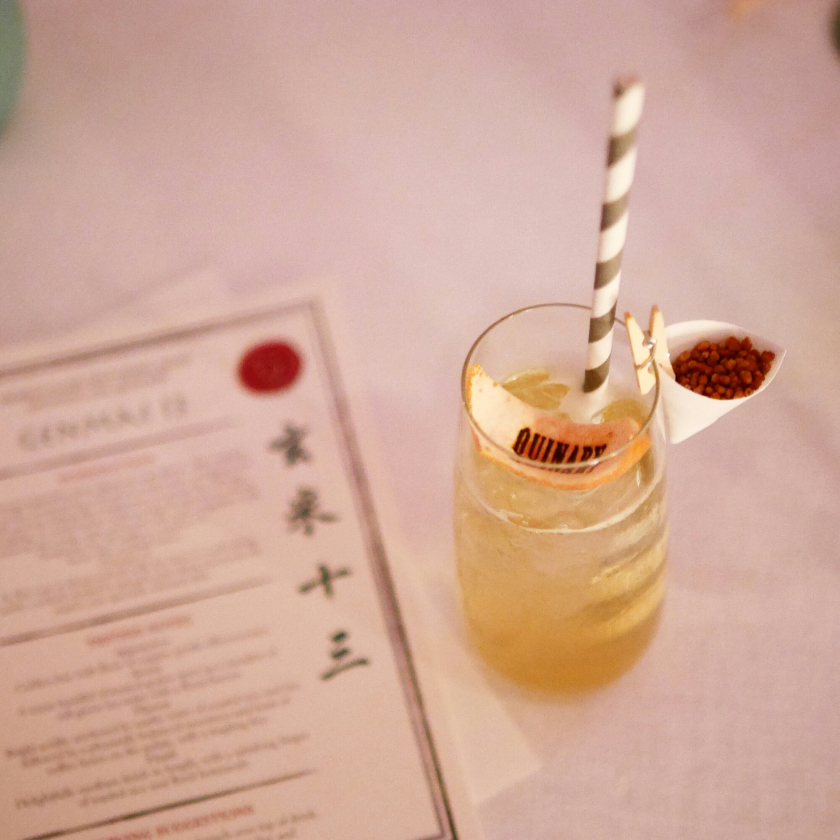 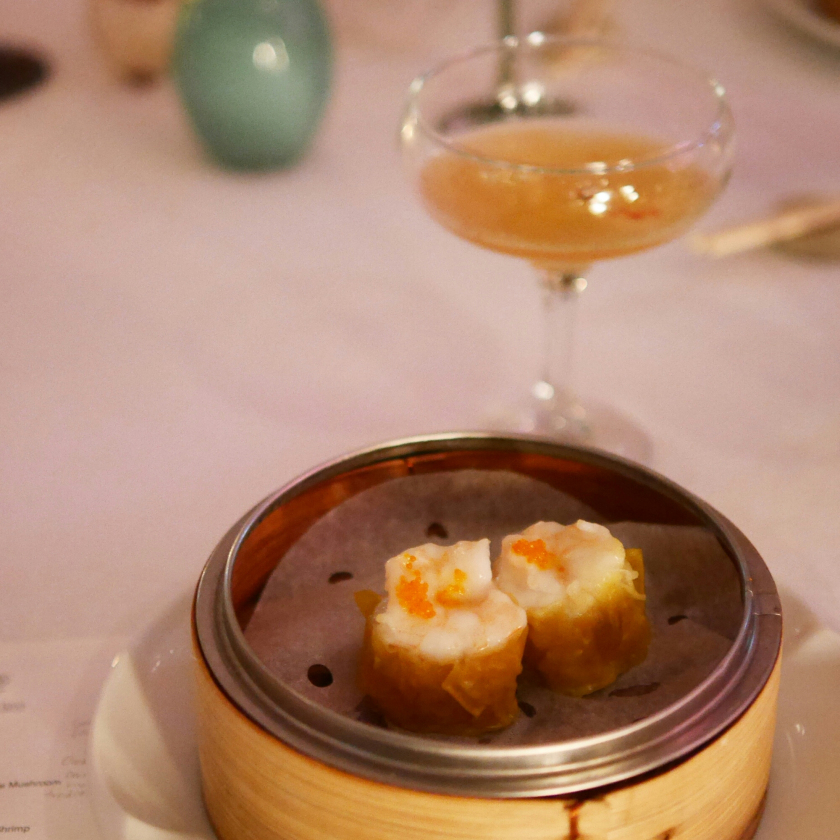 No doubt all the dim sum here is top notch, but if we’re being critical (as you should if you’re going to dish out a day’s pay on food) the siu mai just lacked the taste of Iberico pork its menu title promised. The Shrimpsons cocktail had a pleasantly strong taste and not in that alcoholic way that puts most girls like me off, but it was just too overpowering for the dish.

Without any fancy titles or twists, the char siu bao was memorable for being really done right. The bun was steamed perfectly and the filling was tasty without being salty. This was interestingly paired with what was hands down the most creative drink of the night, which was made with beef stock! You have to give it to Fred Ma from The Woods for his creativity and guts, but it was perhaps just a little too weird for me. 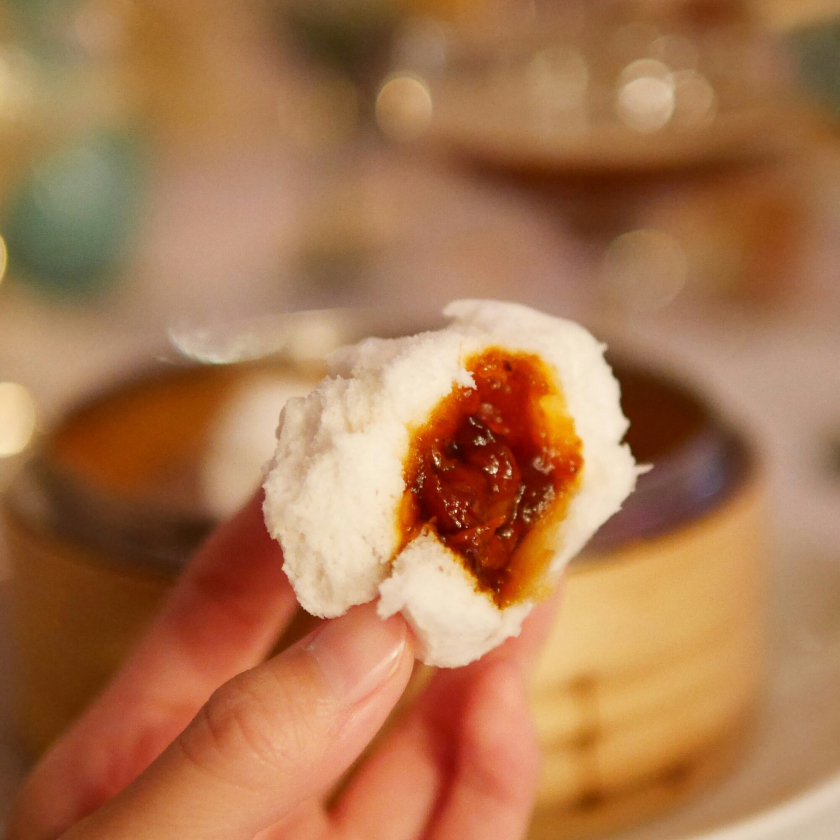 The pairing is 30% of the round

Though the Genmai 13 was my favourite cocktail of the night, 30% of the marks from the Food Round were based on the pairing. I have to say that the el Eden by Wallace Lau (Bar Butler Shelter) did this best. The mushroom dumpling with black truffle was definitely not my favourite dim sum of the night (the skin could have been more delicate) but el Eden’s sharp yet refreshing taste, which bore a tad of celery bitterness paired excellently with the strong mushroom and truffles, making me want more of that dumpling after each sip. 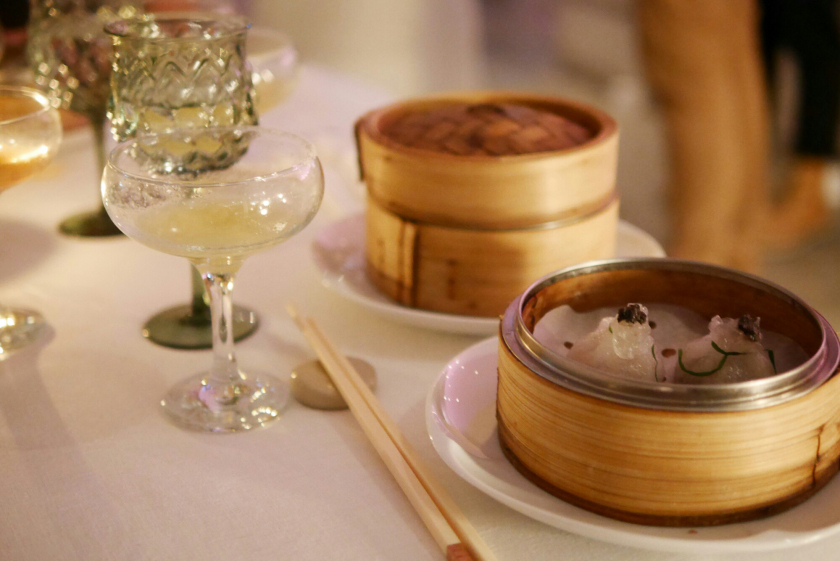 Ted Dynasty, by Match Chan of Flint Grill & Bar (JW Marriott), was another personal favourite of the cocktails that night. It was fruity, gingery and topped with pineapple crisps - one of those drinks that girls would love (provided they’re not ginger-averse). Despite loving the cocktail, it wasn’t a great match to the taro puff - somehow the sweetness seemed to have accentuated the greasiness in the puff. 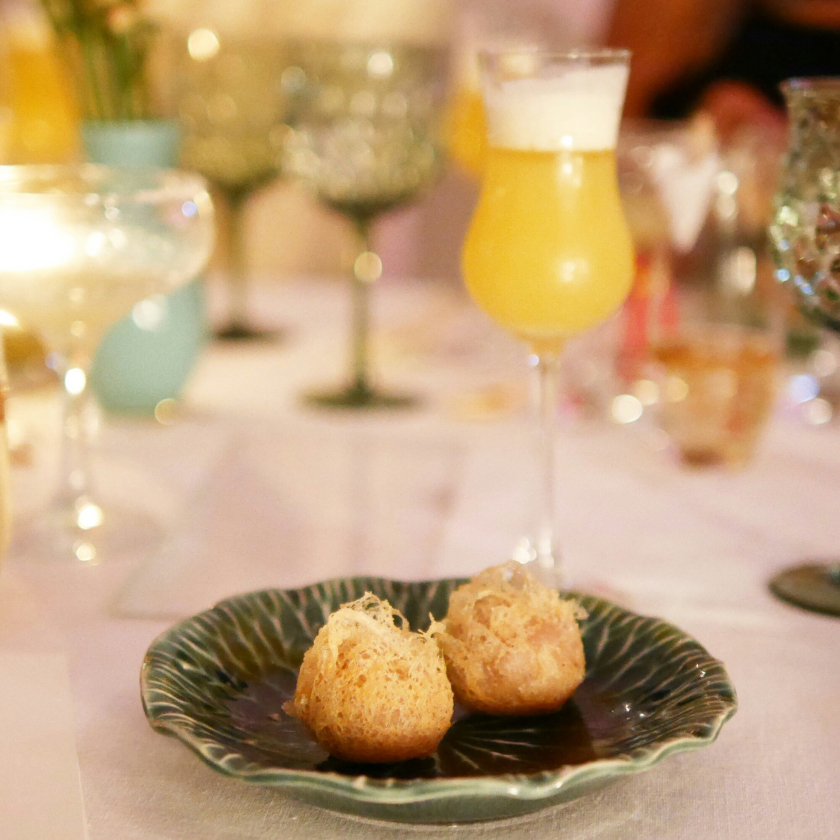 I rarely voluntarily eat BBQ pork puff but this one has got to be the best I’ve had. Again, there wasn't really a unique twist to it, but the pastry was so balanced with the filling; it was thin, delicate and was not too buttery or heavy (as they usually are). Silk Road by Joao Balzani (Aqua Spirit) was super bitter and strong to me, although it was quickly demolished by some sitting near me. 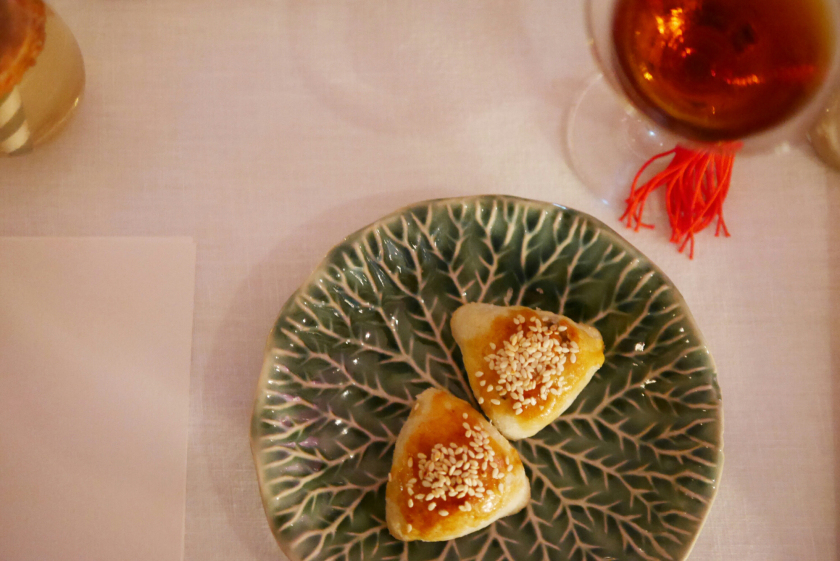 The abalone puff with chicken definitely left the best impression, but I don't deny that its cost and rarity probably did a lot of the job. The abalone texture was excellently tender and easy to bite through. It was neatly sitting in an unforgettable crunchy sweet tart base, which was still piping hot when served. The Red Cliff by Ryan Nightingale of Ham & Sherry seemed to have equally impressed those around me, however I thought the pairing didn't do much for me and while it was tasty, the cocktail's taste was also a little mainstream. 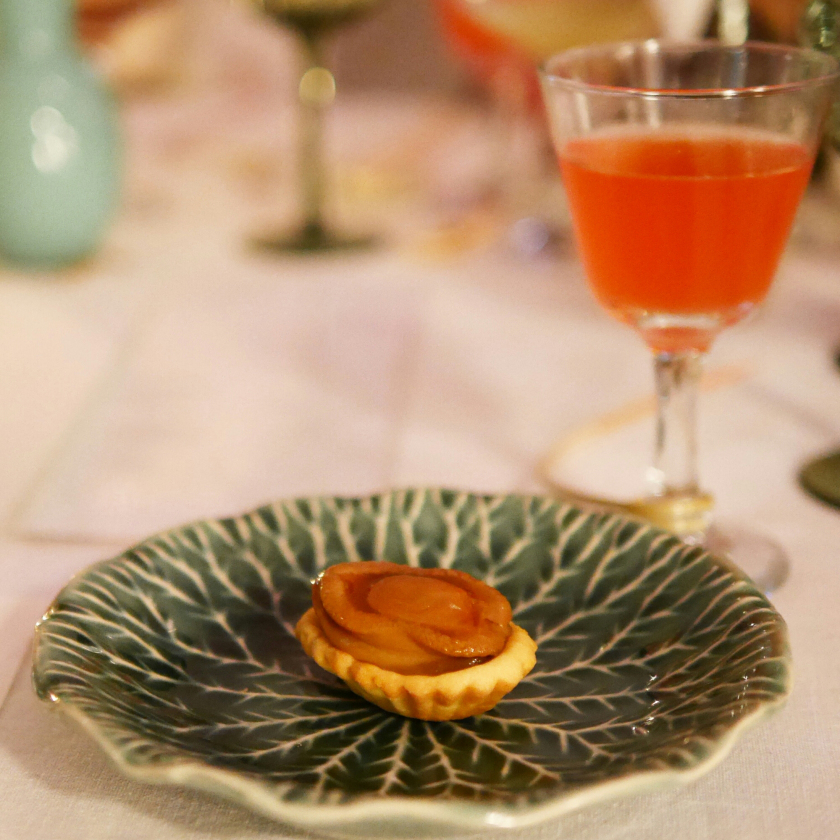 The sweet tart of the abalone dim sum paved our meal towards the dessert, which was a baked kumquat puff, further evidence to the BBQ pork puff that this kitchen is ace at its pastries. The skin of the puff was spot on, while the filling was a thick jelly-like paste which was fruity but welcomingly unsweet. This was paired quite naturally with the Georgia Zen (by Paul Chan of Bricklane), which also ended the meal nicely with a light, cool and refreshing feel.