Celebrating Ocean Park’s biggest-ever Summer “Carnimal”, on from now until 2 September 2018, Michelin-starred chef Kwong-Keung Chan showcases his mastery of regional Chinese cuisines at Neptune’s Restaurant. Chef Chan was awarded the title of International Chinese Chef by the World Association of Chinese Cuisine (WACC) in 2013 and named one of China’s Top 10 Master Chefs by China Hotel’s Golden Horse Awards in 2014.

As I stepped inside, I was taken aback by the sight of the Grand Aquarium, an expansive dome that is home to a beautiful ecosystem of coral reefs and various species of colourful fish. My dining experience was immediately heightened by the presence of such a breathtaking natural view.

Our first course was crispy bean-curd sheets topped with honey-glazed Yunnan ham. This was de-li-cious. It had a slightly oily aftertaste, but it was tasty nonetheless. 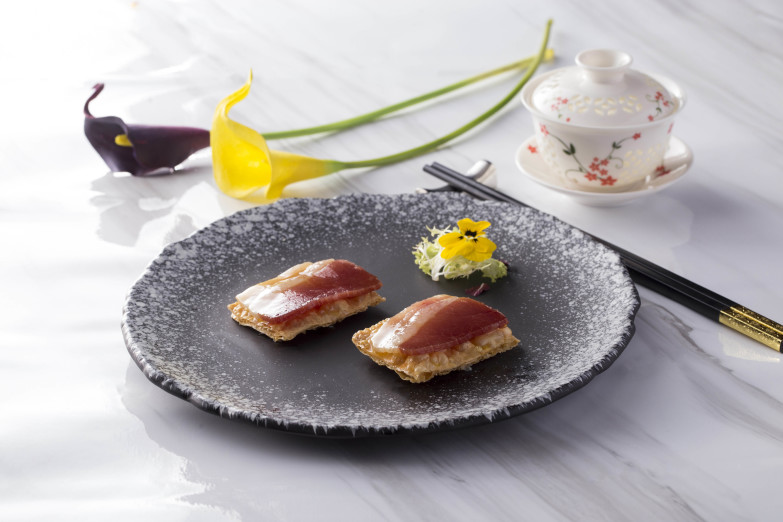 Brace yourself for some quality ingredients with the braised stuffed sea cucumber with quinoa sauce, which was light and refreshing. With seafood, less is always more. The sea cucumber was stuffed with Thai prawn and was extremely flavourful even without the quinoa sauce. 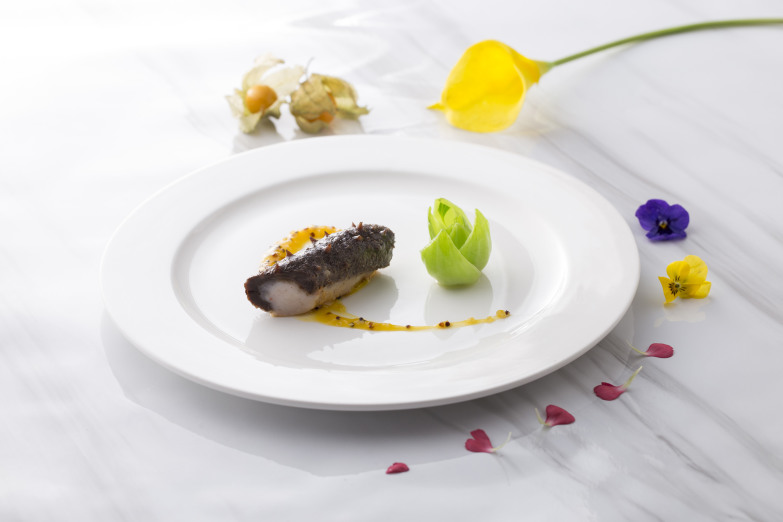 The next dish was double-boiled Yunnan ham and teal consommé with winter melon. The broth was sweet and rich in flavour, after having been slow-cooked for four hours. 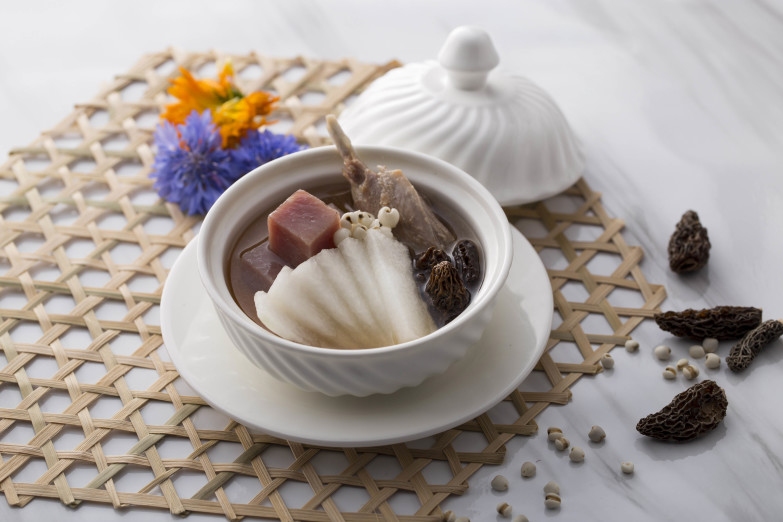 For our first main, we had Australian lobster in mixed onion and lime sauce. Being environmentally aware, Neptune’s Restaurant only serves sustainably sourced seafood. I had hoped that the dish would taste as good as it smelled, but I didn’t find the lime sauce added much to the overall dish. However, the lobster was huge and cooked perfectly – this was a win. 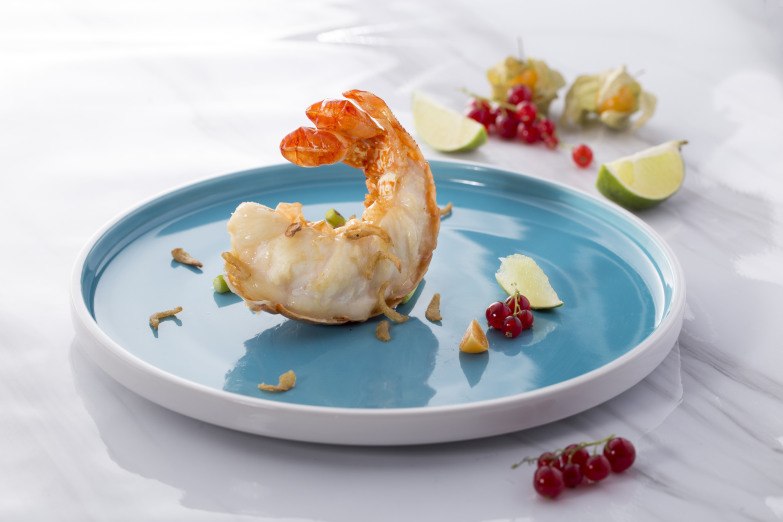 Moving on to my favourite dish of the day... For an extra $50, meat lovers can go for the wok-fried Kagoshima Wagyu beef cubes with termite-mushroom sauce. I would recommend you spend that extra $50, because this dish is fantastic. The Wagyu beef cubes melted in the mouth – the beef was unbelievably soft, no chewing required! Every element in this dish, from the grilled asparagus to the bit of taro mash, worked perfectly in unison. 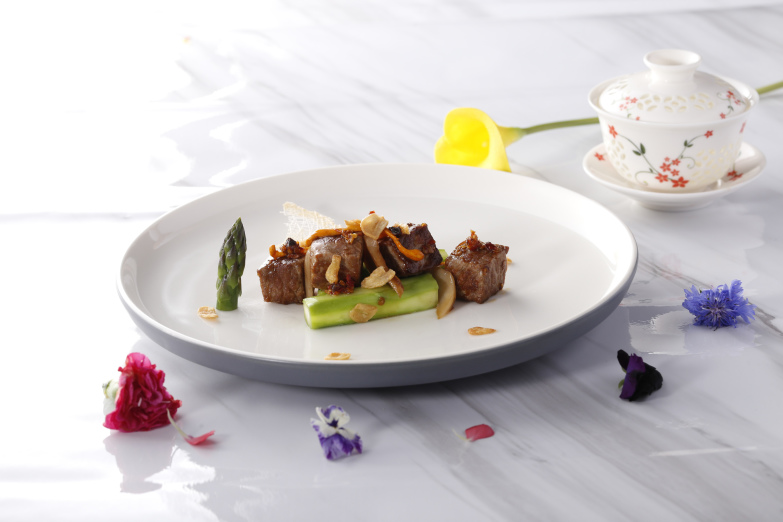 Next, we had bamboo piths with vegetable shoots. This was so intriguing to me, as I’ve never had bamboo piths before (they kind of reminded me of loofah!). Upon further research, bamboo piths are actually a type of fungus found mostly in Yunnan province. 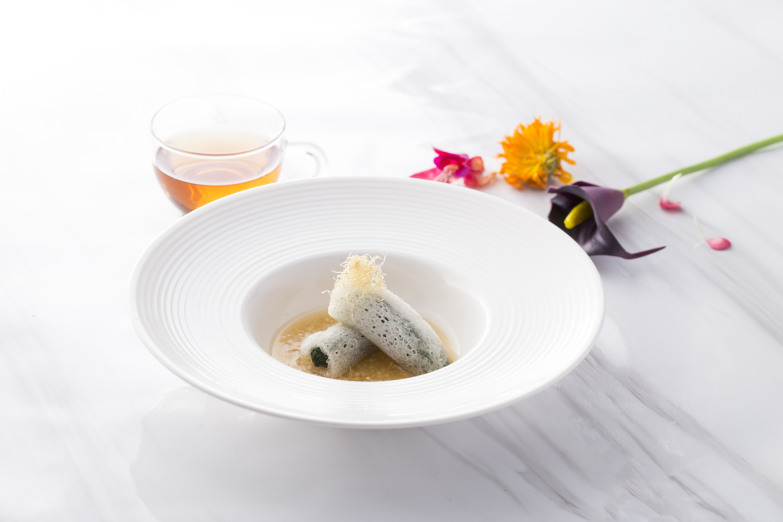 The next course, crabmeat with chilled soba noodles in soup, was a refreshing Korean-Japanese fusion dish. This last main was a good palate cleanser. 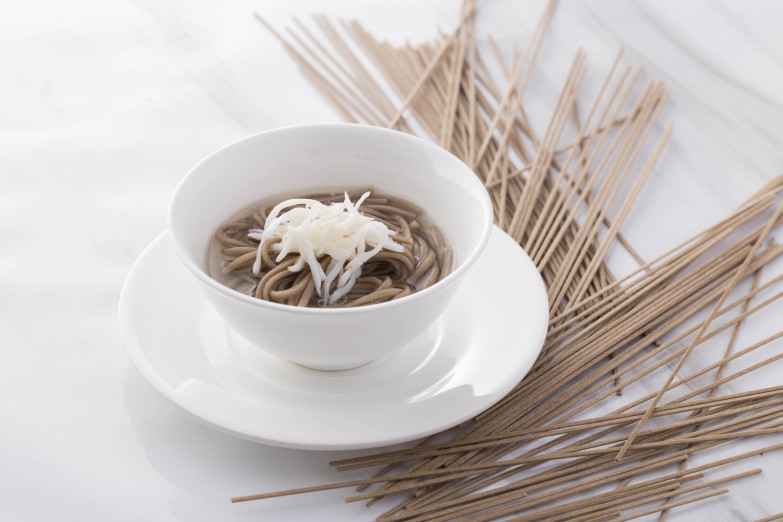 To end, we had snow gum, nostoc and pearl-barley sweet soup. This dish was presented in two tiers – the top bowl is the soup and the lower plate is a mix of biscuit crumbs and chocolate with flowers. For a second, we were confused if the flowers were edible or just there for decoration (we decided on the latter and did not eat them!). The soup features the gelatinous “health miracle” algae nostoc and had a thick, condensed-milk-like consistency. I couldn’t decide if it was a hit or a miss... 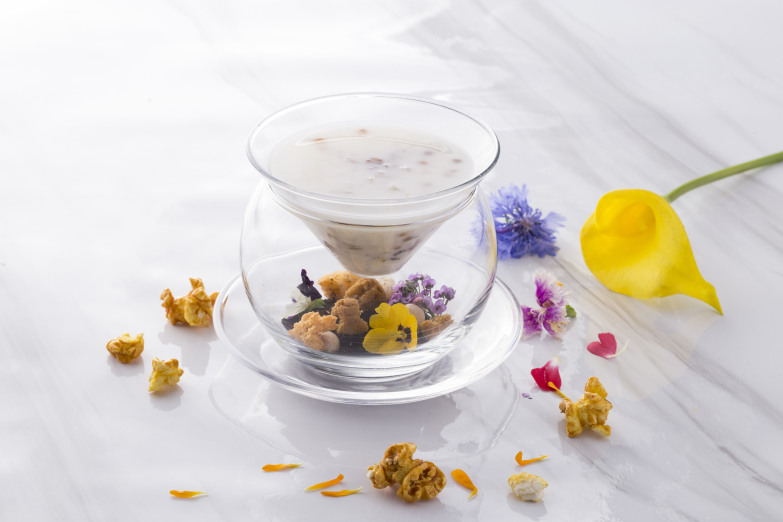 The highlight of Neptune’s Restaurant is definitely the Grand Aquarium. Couples or families can come to dine in tranquility while watching the awesome views of the main tank. The ambience and service are impeccable, and while the dishes we tried were solid, they were not mind-blowing. If I had to pick a winner, it would, hands down, be the wok-fried Wagyu beef cubes. Mmm...