3D printing is revolutionising the future of food

I’m not exactly a tech geek, so when I hear the term “3D food printing”, the first thing that pops into my head is the food replicator from Star Trek.

While we don’t have a Star Trek-style food replicator as yet, we do have 3D binding printers, which come pretty close. These printers adhere materials together with a kind of edible cement. Think nozzles, powdery substances, lasers and robotic arms, all working together to create futuristic food.

There are plenty of 3D food printers already on the market for different purposes. Created for the culinary elites, there’s ChefJet, which crystallises thin layers of fine-grain sugar into three-dimensional creations in a number of flavours that include chocolate, vanilla, mint, sour apple, cherry and watermelon. Add on a couple more thousand US dollars and your sweet treats can be printed in colour too!

Then there are the 3D chocolate printers like Choc Edge, created for confectionery businesses and ambitious (and wealthy) home bakers, that enable users to reproduce drawings and miniature objects in chocolate that would otherwise take months of manual labour to create. 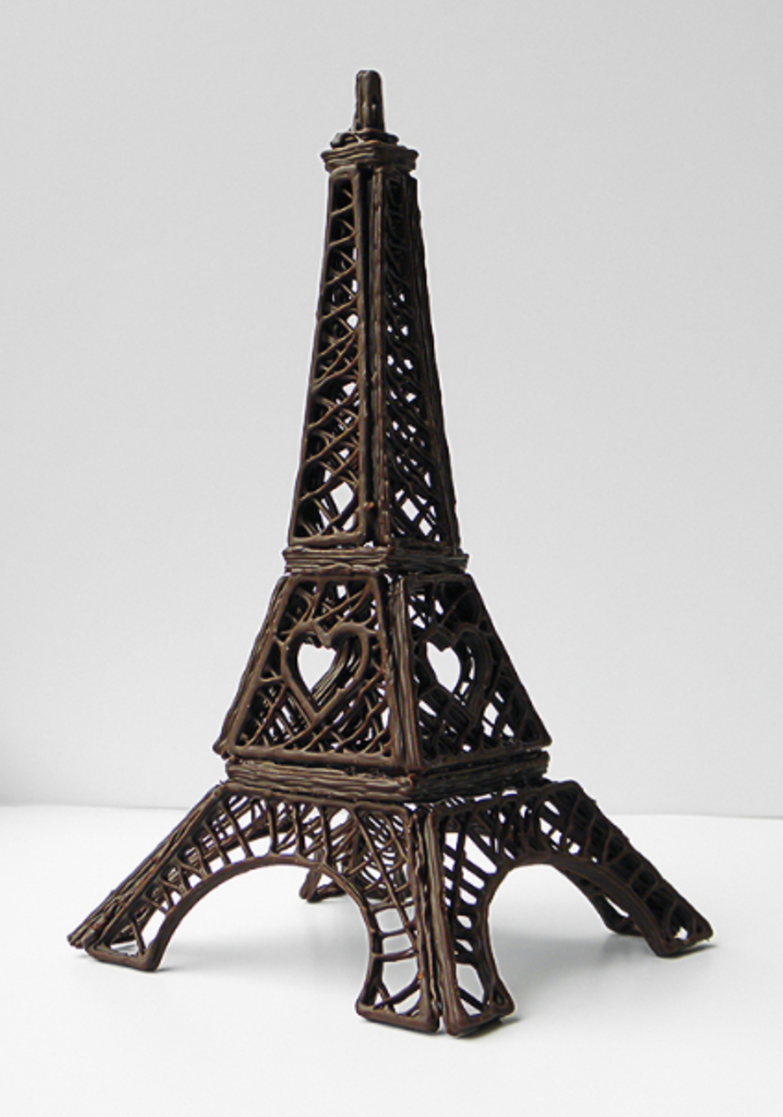 Moving on to more complicated dishes with multiple ingredients like ravioli, burgers, cookies and more, there is Foodini, one of the pioneers of savoury 3D food printing. Unlike their competitors, Foodini printers don’t require users to utilise prefilled capsules; the ingredients just need to be a particular texture so that they can be squeezed through Foodini’s pipes. 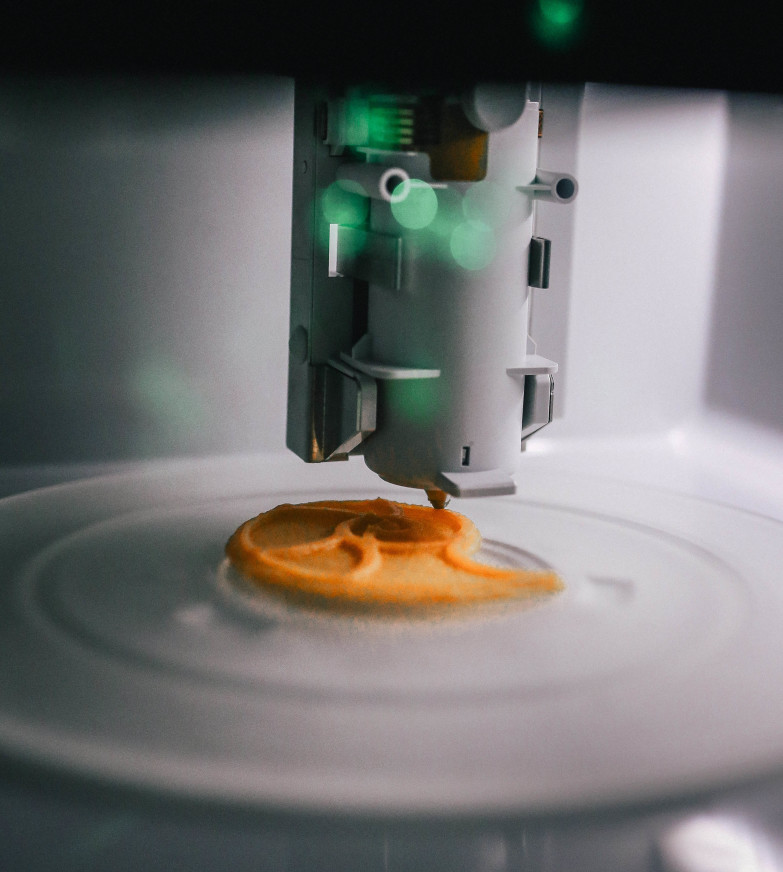 Why is 3D printing food’s future?

We all know that food is becoming scarce in supply. According to the World Bank, the world needs to produce 50 per cent more food in order to feed the nine billion people who are expected to populate the world in 2050.

In a world where we can create food through printers, supermarkets could be stocked with “food cartridges” that last years instead of perishable whole ingredients. Once this becomes the norm, the entire supply chain of the food industry will transform. Transport costs could significantly reduce without the worry about the short shelf life of vegetables and meat and storage facilities would have fewer storage requirements. For now, 3D food printing is nowhere near its potential, but its creation is a step towards tackling our food sustainability issues in the future. 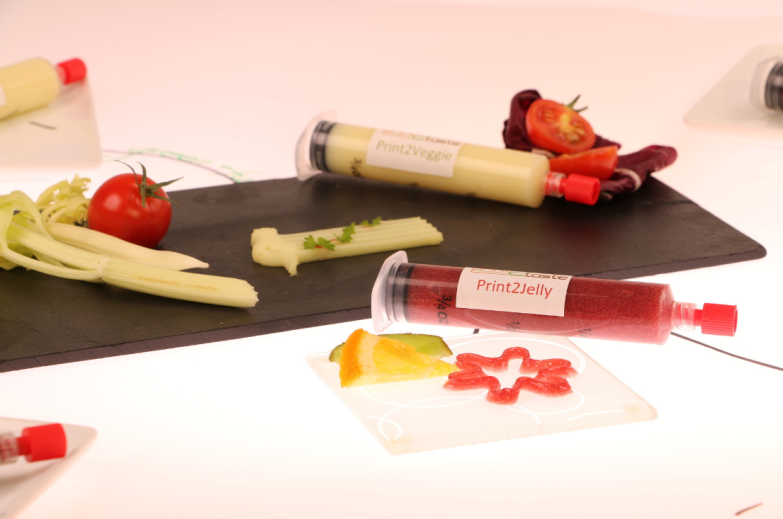 One of the problems with the food industry is that the production of food and other animal products is so damaging to the environment. 3D printing could be the solution to this. If Modern Meadow can develop real leather without hurting a single animal, surely it’s only a matter of time until we can print meat without requiring animals to be raised and slaughtered?

3D printing could also help to improve access to customised nutrition, and it holds particular promise for those with ailments and allergies. If 3D printing can already create whole foods like pizza, what’s not to say that in the future we will be able to customise our specific nutritional intake? Printers could potentially deliver exact dosages of vitamins and supplements and be tailored to fit our specific calorie needs. Or they could produce and present medicine in the form of delicious foods.

Already, NASA (which has been at forefront of research and development into 3D food printing) has financed a company called Systems & Materials Research Corporation in Texas that will develop a 3D printed food system for astronauts that’s aimed at creating balanced, nutritious dishes in space.

What are the obstacles?

As with anything that is still in the developmental stage, there are many unknown risks with 3D printing. We are used to eating whole, natural foods that contain microbial elements of which we are continually discovering the significance. Our limited understanding of whole foods makes us unable to create the perfect food profile, and thus we face unnamed risks that might arise from 3D food printing.

From a production point of view, 3D printing is still relatively time-consuming. In addition, most ingredients must be converted into a paste before a printer can manipulate them into different shapes. Food is also complicated from an engineering point of view because base ingredients can change shape and size and interact with each other in complex ways, unlike plastics and metals, which are more straightforward to work with. Spoilage presents another problem, as proteins and dairy products have a shorter shelf life. A non-sterilised nozzle might get mouldy and contaminate the whole cooking process.

What does the future hold for us?

3D printing for commercial purposes is still considered a gimmick to a lot of chefs. While they see the potential, 3D food printing still has a long way to go before it can replace human labour in the kitchen.

But... remember when the microwave was a foreign invention? Now it holds a place in nearly every household. We can foresee that, in a few decades time, 3D printing could become a commercialised and affordable household item and recipes from apps like Pinterest could instantly be transferred directly to your kitchen’s printer. More significantly, 3D food printing could solve hunger issues in regions of the world that lack access to fresh, affordable ingredients.

It seems crazy to think that we could be printing out food as part of our daily lives, but I am definitely excited about the day when I can make a pizza in the comfort of my own home without the five odd hours of kitchen labour that it would normally entail...