Is Aquaculture the Answer to Overfishing in the South China Sea?

Aquaculture is often perceived as being the sustainable solution to severe overfishing, but is this the case for the South China Sea?

Aquaculture is often perceived as being the sustainable solution to the severe overfishing and exploitation of our oceans (Greenpeace, 2008), but is that really the case?

To put the issue in context, Asia accounts for the vast majority (about 88%) of global aquaculture production (FAO, 2014). The worldwide expansion of this sector from about 3 million tonnes in the 1970s to over 66 million tonnes in 2012 has allowed the region to supplement its ever-growing appetite for fish (FAO, 2014). Not surprisingly, it also greatly contributes to the economic development of the region via export (SEAFDEC, 2012).

Aquaculture operations, typically referred to as farms, aim to cultivate aquatic products such as fish, molluscs, crustaceans and also plants. They can be freshwater or saltwater based on land, or they can take place in the marine environment itself usually along coastlines, where they are known as mariculture operations. 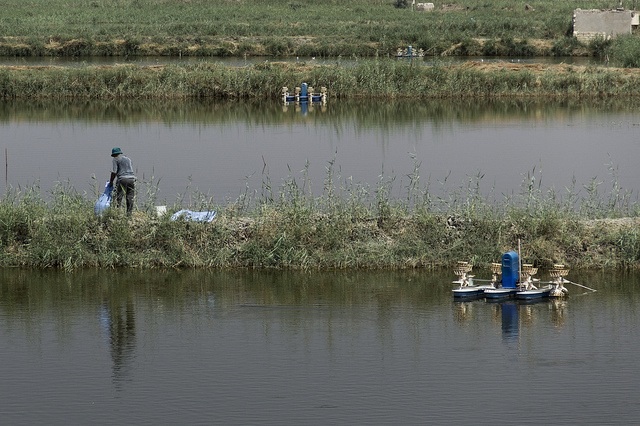 Southeast Asia has lost more than 26% of its mangroves between 1980 and 2005 through a combination of both aquaculture and coastal development.

Unfortunately there are numerous drawbacks to our growing reliance on aquaculture, particularly if it is unregulated and unmanaged, as is the case in many areas.

Firstly, coastal habitat degradation has been a major negative effect of the aquaculture industry. A popular place for a mariculture farm is along the coast and as a result Southeast Asia has lost more than 26% of its mangroves between 1980 and 2005 through a combination of both aquaculture and coastal development. Some countries, like Vietnam, have lost up to 80% (FAO, 2014). Mangroves are an incredibly important habitat providing a sheltered area for fish and invertebrate feeding, spawning and nursery grounds. The loss of these areas therefore seriously impacts marine fisheries productivity. 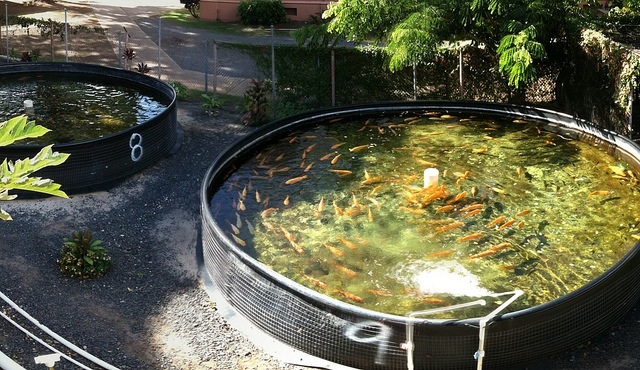 Once the farm has been built, fish larvae are imported. Some farms have the facilities to breed the fish and be essentially self-sufficient once the initial larvae have grown, but many farms continue to be reliant on importing larvae. These larvae are usually sourced from wild capture marine fisheries, thus adding more pressure on wild fish stocks. These ‘foreign’ fish can often introduce pathogens to the aquaculture operation leading to the spread of infectious diseases not only among the population in the farm, but in the case of mariculture, also to wild species in the vicinity. This can severely reduce production capacity within the farm and lead to food security and environmental concerns. In Taiwan for example, disease outbreaks and negative environmental impacts caused a decline in overall production of farms in the 1990s (Chen & Qiu, 2014). Effluents, such as faecal matter and excess feed, can also seriously impact the surrounding marine environments by degrading the water quality and causing eutrophication and disease, among other things (Witter et al., 2015).

Importantly, a significant proportion of the species raised in aqua farms are carnivorous and rely on fishmeal, itself made from wild caught fish. So you can see where this is going. 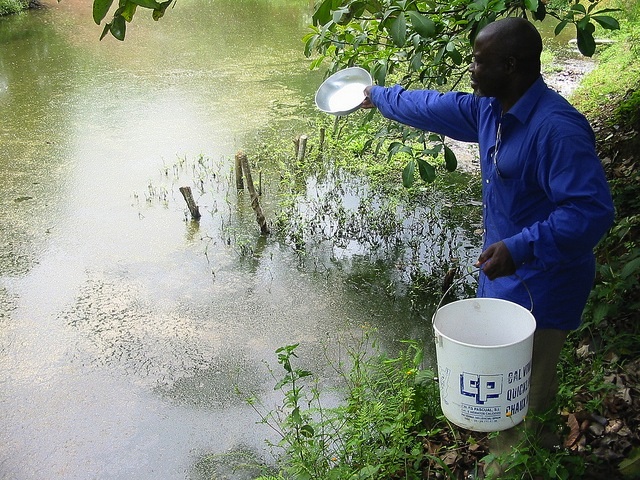 With an increasingly growing industry, the demand for aquafeeds is on the rise, which is often mostly comprised of fishmeal made from ‘trash’ fish (Witter et al., 2015). Trash fish is the term commonly used for low-value catches that are often juveniles of commercially important species. However this term is increasingly inaccurate as the demand for fishmeal is sufficiently high that instead of the untargeted species being discarded, they are retained. This has led to indiscriminate fisheries no longer targeting any particular species. ‘Trash’ fish have simply become ‘fish’ due to their value in the aquaculture sector.

...for every kilogram of fish produced from an aqua farm, 10-15 kilograms of fish are put in. Is this then an efficient method of food production?

The use of fish for aquafeed is also incredibly wasteful due to inefficiency of feed conversion rates, which diverts fish proteins away from human consumption. For reef fish (LRFF in graph below) commonly eaten in Hong Kong, this can be as high as 10:1 (15:1 for grouper), versus 2:1 for poultry. This means that for every kilogram of fish produced from an aqua farm, 10-15 kilograms of fish are put in. Is this then an efficient method of food production? 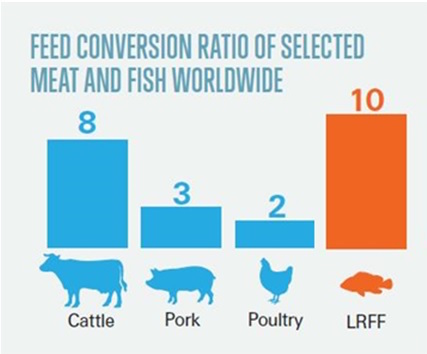 Some of these less than desirable impacts can be somewhat mitigated through proper management and the enforcement of certain restrictions.

Over-feeding should be avoided and facilities should be located in areas with high flushing and deep water as this will avoid a build up of bacteria from effluents (FAO, 2014). Faecal matter can also be treated before it is discharged and the use of various chemicals and antibiotics used throughout the process can be banned (SEAFDEC, 2012). 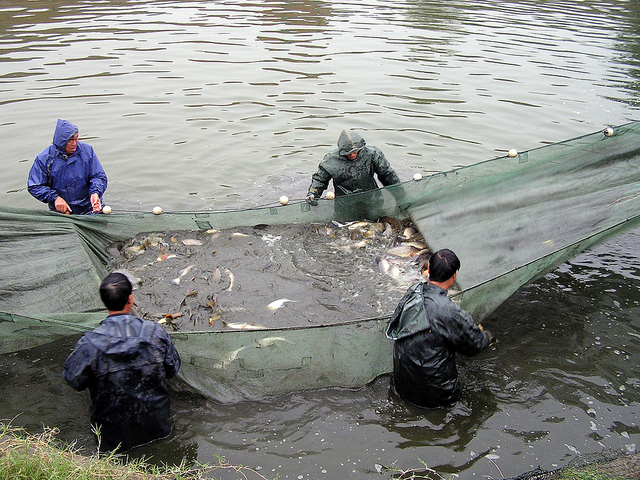 The proportion of fishmeal in aquafeeds can also be reduced through partially substituting with plant proteins, such as soybean, but complete substitution as far as we know has not yet been achieved. Fish offal can also be used to provide much better feed conversion efficiency than so-called trash fish. However, there are very few fish farmers in the South China Sea for example that follow any of these guidelines so we still have a long way to go (SEAFDEC, 2012).

Aquaculture is certainly part of the solution to dwindling fish stocks, but unless it is properly managed it can and does create more pressure on marine fisheries and coastal habitats. When eating farmed fish, please make sure you are choosing environmentally responsible and sustainable options so we can continue to enjoy fish long into the future.