Exquisite, one-of-a-kind beef from the acclaimed Polmard Boucherie in Paris

THE STEAK HOUSE winebar + grill at the InterContinental has long ranked highly on Hong Kong steak lovers’ go-to lists, and their latest offering adds yet another feather in their (very elegant) cap. From now until the end of August 2017, THE STEAK HOUSE will offer Hong Kong diners a chance to sample beef from artisan French farmer, breeder and butcher Alexandre Polmard. 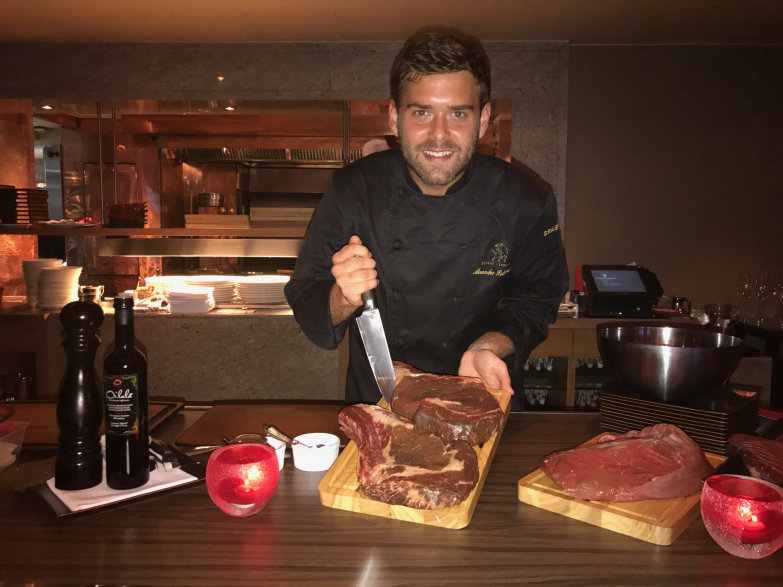 Founded in 1846 (Alexandre is the sixth generation to run his family’s business), Boucherie Polmard Paris is renowned for pioneering a revolutionary method to 'hibernate' meat. Invented in the 1990s by Alexandre’s father and grandfather, the treatment involves blasting aged meat with cold air (at a whopping –43°C) at a speed of 120km/h (over the speed limit on most, if not all, Hong Kong roads). Using this process, Polmard is able to preserve beef for years while retaining (and even improving) its quality, flavour and texture. Fun fact: Alexandre’s oldest beef has been preserved since 1998, but he has yet to put this meat on the market.

If you’re new to aged steak, here’s what the fuss is all about. As beef ages, the natural enzymes in the meat break down the muscle fibres, the fat in the meat oxidizes, the moisture evaporates and the amino acid glutamate (the 'G' in MSG) is also produced. In short: the meat becomes far more tender and flavourful than that of a freshly slaughtered cow. And if you get all that with the average dry-aged steak (aged for about 28 days), imagine what you get with a steak that’s been aged for even longer. 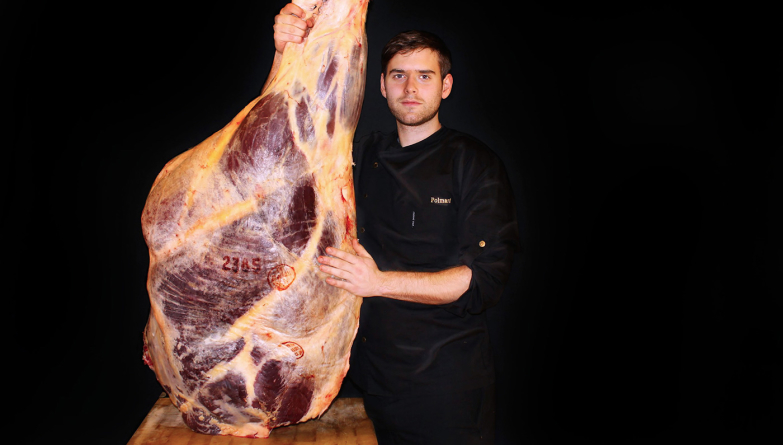 But bad news for all you MasterChef wannabes out there – you can’t just freeze any old piece of meat and save it for your future grandchildren. The quality of Polmarde’s beef starts right from the get-go. Since stress negatively affects the quality of livestock (it makes the meat tougher), Polmard cattle lead stress-free lives, roaming freely on a wide expanse of land in north-eastern France. Alexandre even talks to his cattle every day and gives them names! Not surprisingly, Alexandre’s fastidiousness extends right down to the selection of restaurants that are permitted to prepare and serve Polmard meat. This summer, THE STEAK HOUSE joins a hand-picked handful of establishments where diners can savour these special steaks.

So, enough talk – what does the legendary Polmard beef taste like? We sampled THE STEAK HOUSE’s Alexandre Polmard special menu. Here’s our tasty two cents’ worth: 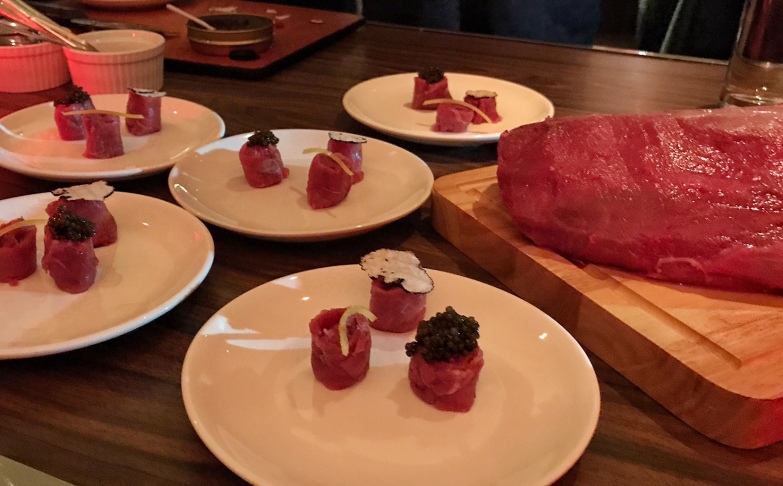 First up was the beef maki with black truffle and Oscietra caviar. The beef used for the maki was aged for six weeks before being salted for a week. And while it was not vintage beef, it certainly did not disappoint. The meat was a deep, dark red with nary a trace of fat and was served three ways, with truffle, caviar and lemon. The taste was mild (in a good way – nothing gamy or tough here), and all toppings added a subtle dimension of flavour without being too overpowering – our favourite was the sprig of lemon for its zesty twist. 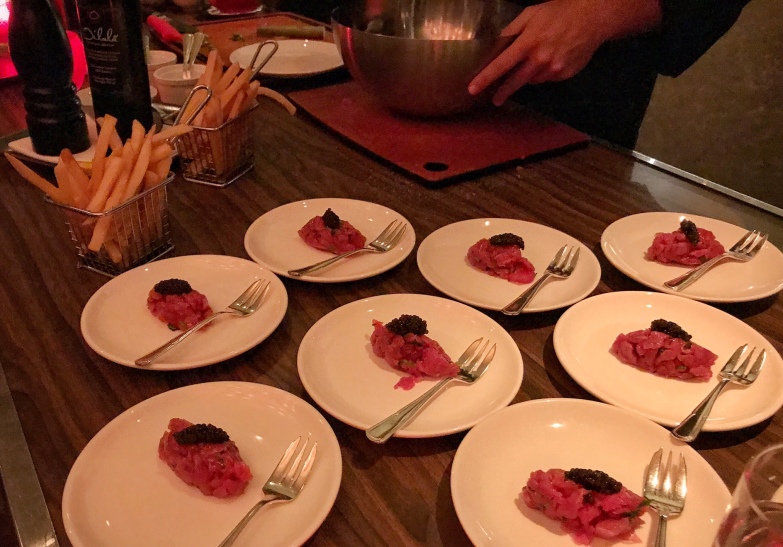 Our second starter was the beef and tuna tartare with French fries. Alexandre shared with us that Polmard was the first butcher that used aged meat for tartare, and the meat is aged, salted and dried using an old family recipe. In this iteration, it blended seamlessly with the tuna (both visually and in taste), and its smooth, tender texture almost brought the word 'fresh' to mind (ironic, we know). The accompanying French fries were crisp and hot, with just the right amount of salt to complement the tartare.

After a brief dalliance with THE STEAK HOUSE’s impressively stocked salad bar (delicious, but don’t get carried away), we moved on to the main courses. 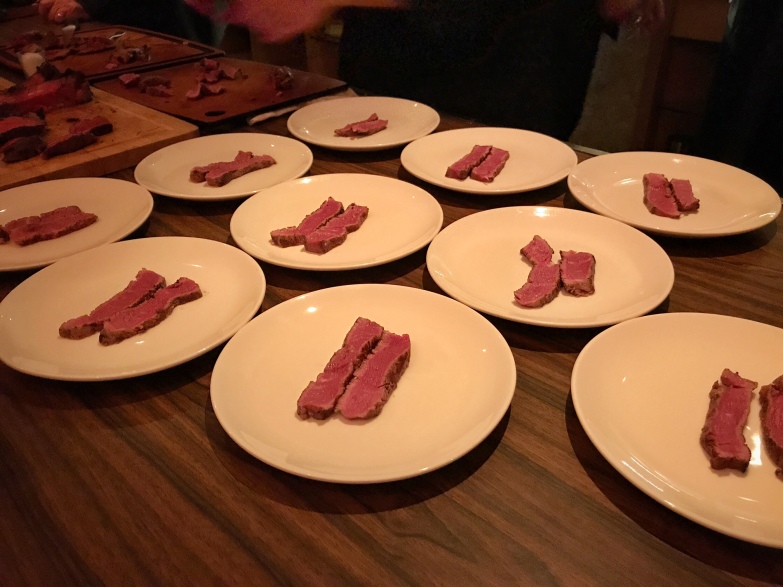 We started with the 2004 vintage beef tenderloin, which was lightly seared on the outside and slightly cool in the centre – this apparently helps to preserve the texture of the meat. There was none of the usual marbling that’s normally prized as a mark of steak quality, yet the meat came apart easily without too much exertion from the steak knife.

Our well-intentioned server offered us a selection of THE STEAK HOUSE’s mustards (there are 15 to choose from!), but a horrified Alexandre hurriedly reminded us to eat the meat without any sauce. And for good reason. The beef was extremely lean and tender but still juicy and flavourful – 'silky and feminine', in Alexandre’s words (for the record, all the Polmard cattle are female). It still tasted like steak, but a refined, rarefied version where the texture and flavour have been fine-tuned and perfected.

Here’s a closer look at how lean the meat is: 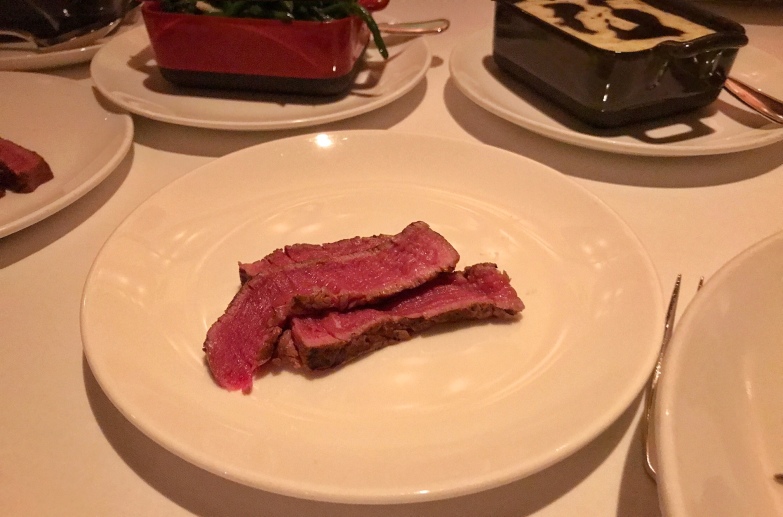 THE STEAK HOUSE also provides eight different salts to sprinkle on your meat, and in keeping with the French theme, we lightly #SaltBae[d] ours with the Chardonnay oak-smoked option. That said, the meat was definitely good enough to eat without even the slightest of accoutrements.

We then moved on to the long-bone rib-eye (aged for 62 days) – which ended up being my personal favourite of the night. 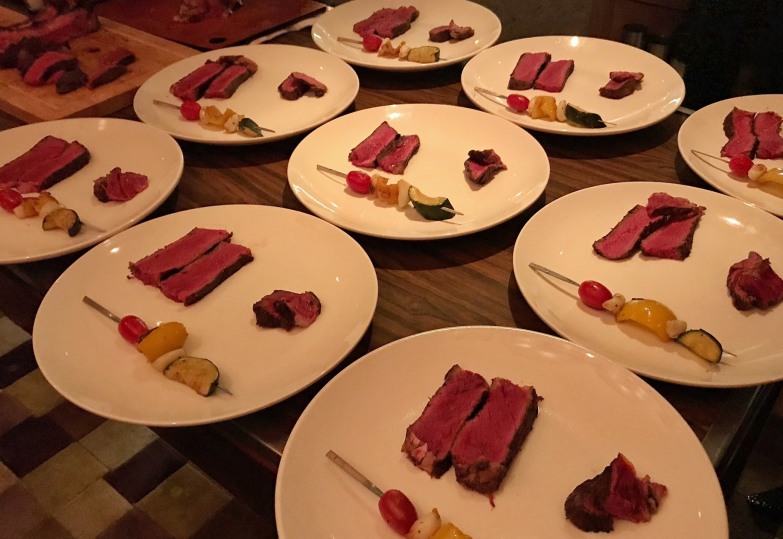 Served together with beef heart and fat, the slices were a richer shade of red than the earlier tenderloin. The meat had the same tender, juicy texture but with a slightly deeper flavour. There was also a stronger char on the slices courtesy of THE STEAK HOUSE’s charcoal grill (the only one in Hong Kong, FYI), providing that lovely smoky, burnt-caramel crisp. While I’m not normally a fan of beef fat, these little pieces admittedly contributed an oily boost of flavour when eaten with the rib-eye.

We also enjoyed a variety of THE STEAK HOUSE’s side dishes to accompany our steaks – creamed spinach, baked lobster macaroni, garlic French beans and black truffle mashed potato. All were delicious, but given the heavy meal, the French beans provided the most welcome counterbalance to offset the rich flavours of the meat. 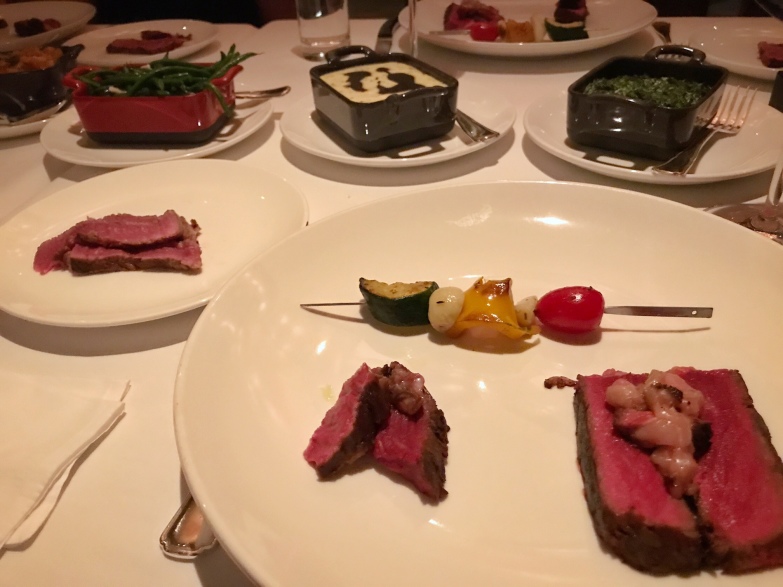 Is the Polmard steak really that good? Let’s just say I happened to eat at a churrascaria a couple of nights later (yep, I love my meat), and none of the various cuts of beef could quite compare (no fault of the churrascaria, to be fair). The leaner cuts compromised on tenderness, the more tender cuts had too much fat and all pieces required varying degrees of sawing with my knife. And that’s the thing about vintage/aged steak and happy cattle – the best elements of the meat are concentrated in one slice, offering an unadulterated steak experience quite unlike anything you’ll easily replicate elsewhere.

Not surprisingly, these rare treats don't come cheaply. Any quick Google search will offer up a plethora of headlines billing Polmard’s beef as the world’s most expensive, which is largely thanks to the price of the 2000 vintage côte de boeuf – fortunately/unfortunately not available this time around. At THE STEAK HOUSE, the long-bone rib-eye will set you back $3,380, while the 2004 vintage beef tenderloin costs $2,750. Alternatively, the starters ($460 for the tartare and $480 for the maki) offer more affordable access to Polmard meats.

We finished off our meal with a selection of THE STEAK HOUSE’s signature desserts – the TMP (Earl Grey tea, mango and pear) cream sponge cake, tropical sundae, Alaska on fire and hot chocolate banana pizza. I especially liked the TMP – a delightful, melt-in-your-mouth sponge – and the decadently gooey pizza (unfortunately, the pizza is not currently available on THE STEAK HOUSE's summer dessert menu). 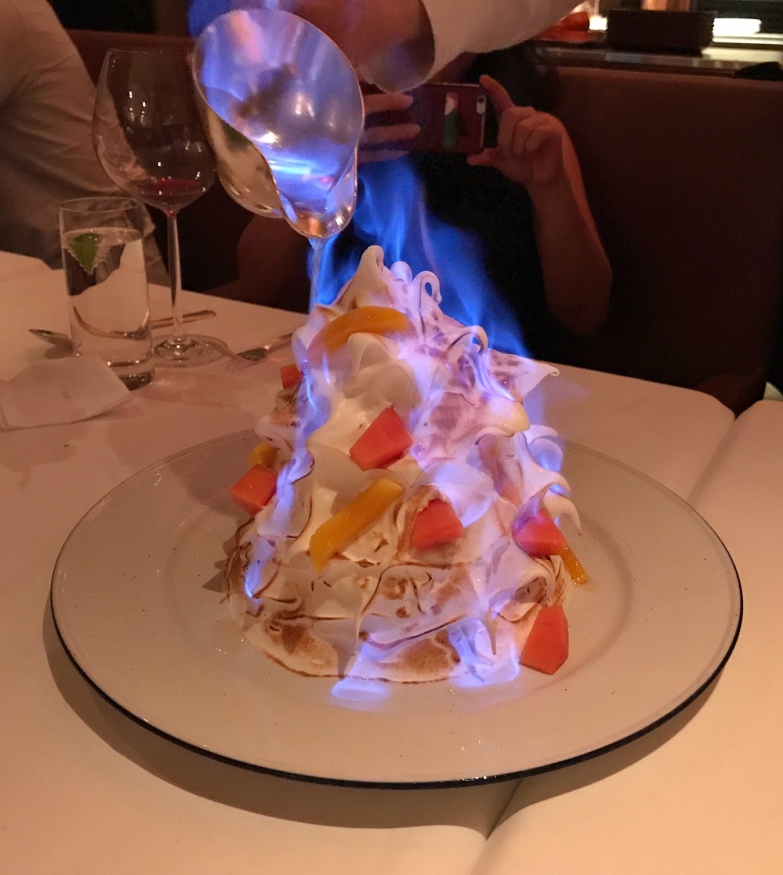 This is definitely one for the foodie bucket list (caveat: if the prices don't faze you). Yes, it’s ultimately still just a slab of meat, but the difference between steaks can be as stark as choosing between Crocs and ‘Choos. And if the shoe fits, don’t wait too long. The Polmard beef is available until the end of August but in limited quantities, so leave it too late and you may even need to include the price of airfare to Paris in your steak budget.

Bad news, folks – we've since been informed that the 2004 vintage beef tenderloin sold out shortly after our tasting. Fortunately, the other menu items are still available (for now!).