Does HK need another coffee joint? If it’s % Arabica, the answer is a definite yes

If you’ve recently started noticing well-heeled hipsters flocking to the TST Star Ferry Pier, follow their lead and you will probably end up at a brightly lit, contemporary coffee counter tucked in the corner of the first floor. There’s only a '%' sign where shop names are normally proclaimed, but join the queue and order a coffee anyway – you won’t regret it.

Hong Kong, meet % Arabica. Previously only available in Discovery Bay (along with Kyoto, Kuwait and the UAE), the under-the-radar connoisseur favourite has finally opened its doors at a (relatively) central location (if the name sounds familiar, you may recall its original Discovery Bay outlet featuring in our cult guide to The Best Coffee Shops in Hong Kong). 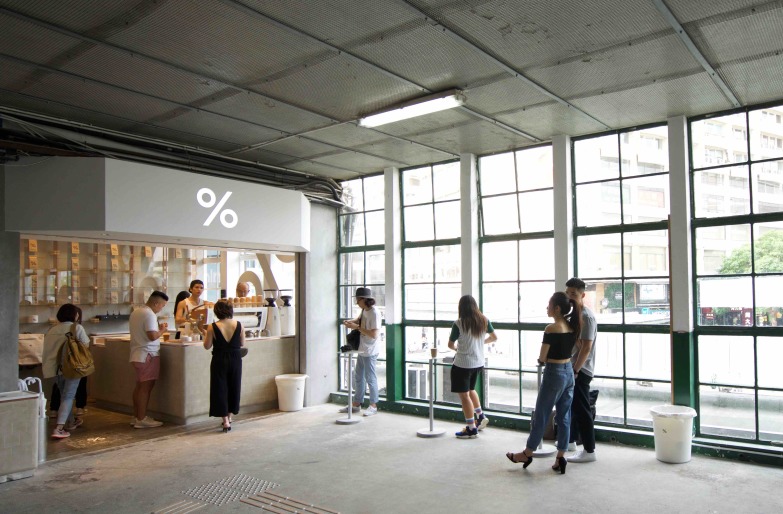 Founder Kenneth Shoji opened his first % Arabica shop in Discovery Bay back in 2013. The company’s full name is Arabica Coffee Roaster & Farm as they own a coffee farm in Kona, Hawaii. In fact, the '%' logo is inspired by a pared-down rendering of how coffee cherries look on the branch. % Arabica shops (designed by Japanese architect Masaki Kato) display the same minimalist Japanese design aesthetic – simple and timeless. Beans are sourced both from their Hawaii farm as well as countries like Brazil, El Salvador, Ethiopia, Guatemala and Japan and roasted close to sale – in Hong Kong, the beans are roasted at the Discovery Bay outlet. 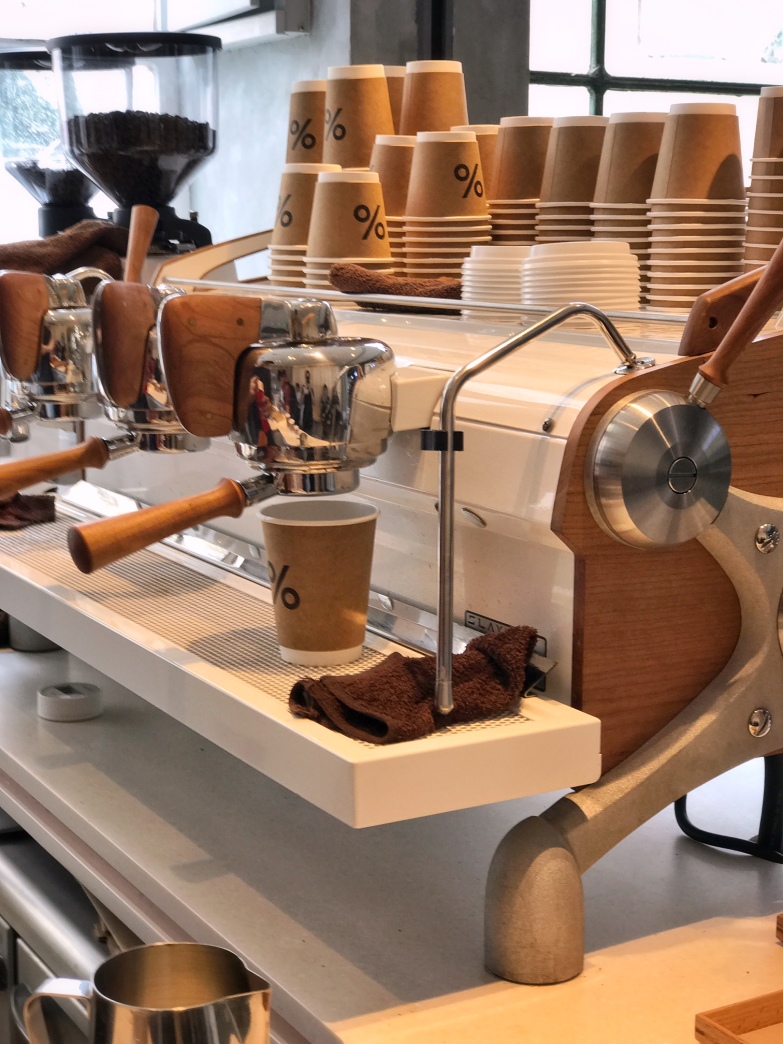 There was a typhoon brewing on the day of % Arabica’s grand opening, but this didn't deter the sizeable crowd at the shop. Like the other % Arabica outlets, this one is all clean lines, natural light and sand-coloured wood, with the shiny white custom-designed Slayer Espresso machine (known in coffee circles for its sleek yet striking design and technical prowess) taking centre stage. 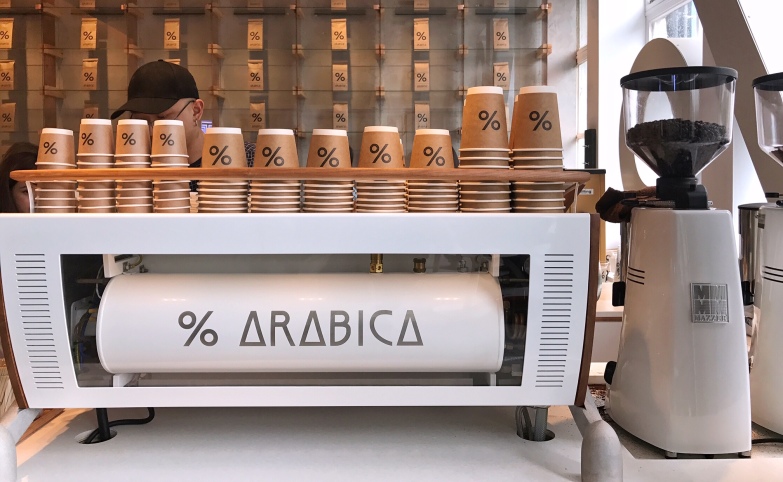 The walls are adorned with glass shelves displaying paper bags of % Arabica coffee beans as well as a metallic map of the world. The latter is a design constant across all shops, which represents the company's vision to expand globally and allow their young baristas to 'see the world through coffee'. A selection of % Arabica merchandise is also available for purchase (e.g., white umbrellas and earthy canvas satchels). The TST Star Ferry outlet is more of a grab-and-go place, although there’s a single wooden bench within the shop and a few standing tables outside if you need somewhere to linger. 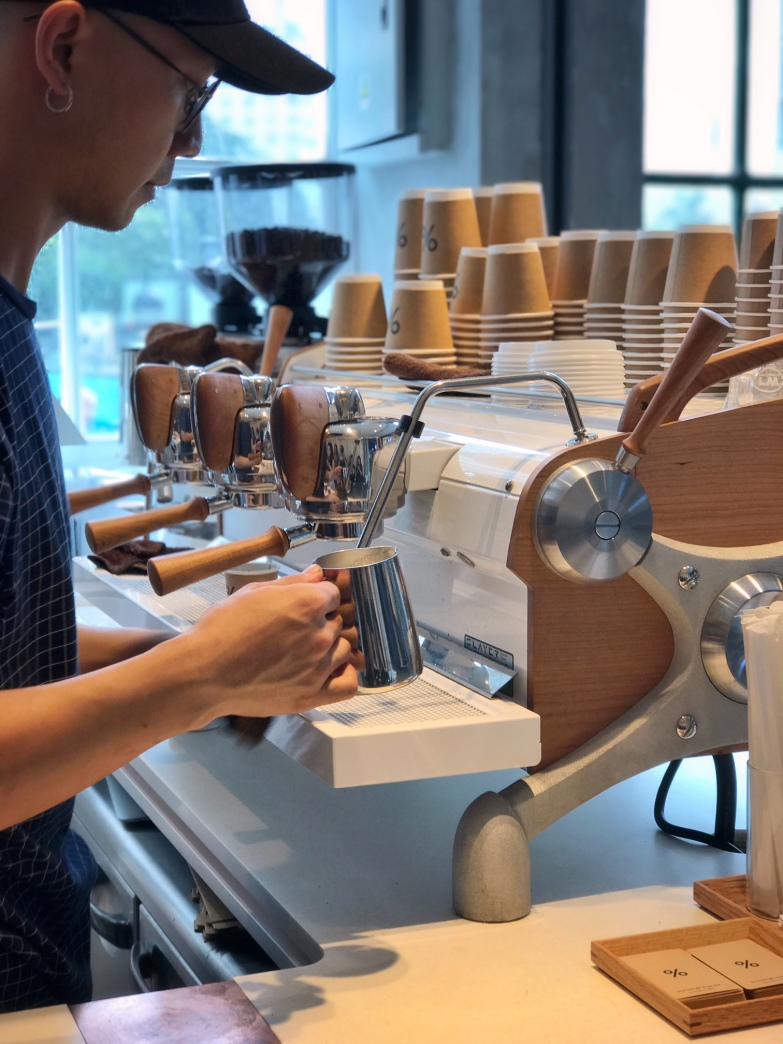 I’d worked up a sweat after my walk from the TST MTR station, so I opted for an iced latte ($45 for tall size) – yes, I’m no coffee snob and it’s the summer after all. The shop doesn’t offer soy milk (often regarded as a travesty by many coffee purists), but I decided to brave my lactose intolerance. 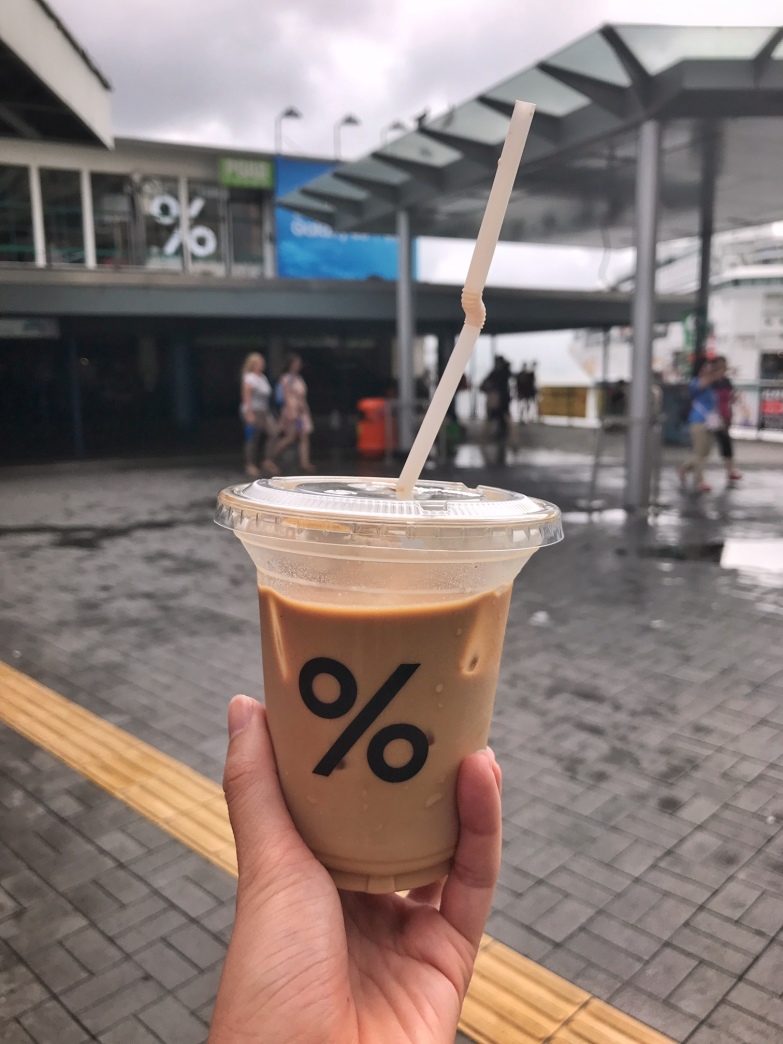 My taste buds were duly rewarded. The latte was gloriously smooth and cold, with a subtle nutty undertone. There was just a light hint of bitterness, which was balanced by the creaminess of the milk. 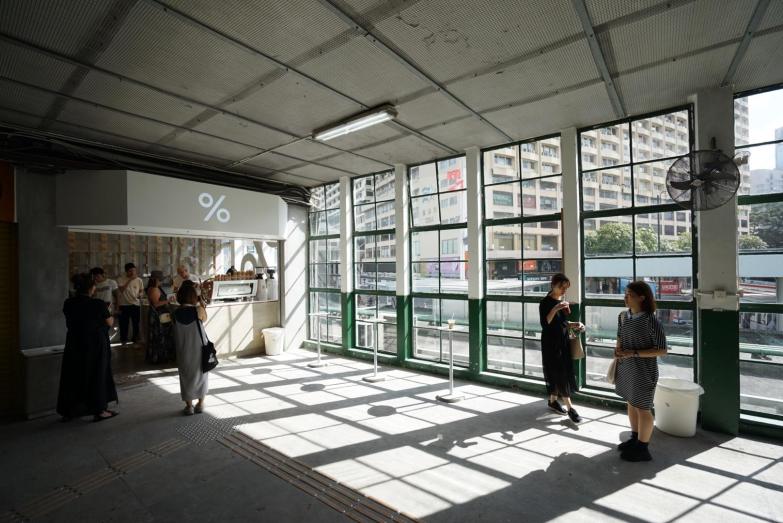 For those of you who prefer your latte hot, you (and your ‘grammers) will be pleased to know that % Arabica’s global head barista, Junichi Yamaguchi, is also a world latte art champion, so their latte art comes courtesy of a certain pedigree.

While % Arabica’s newest outlet opened after our list of 5 Coffee Shops and Cafés in Kowloon to Try this Summer 2017 was published, we’re certain it will be a regular fixture on future top coffee lists as well as one new reason to take the Star Ferry.

green tea and I are a matcha made in heaven