Reuben Riffel began his working life in the construction industry, but he’s now made a name for himself as one of South Africa’s top chefs. His namesake restaurant, Reuben’s at One&Only Cape Town, is universally lauded, and Chef Riffel is also a judge on MasterChef South Africa.

In this new edition of Culinary Journeys, Chef Riffel traverses his homeland of South Africa to teach viewers about a culinary tradition that unites the country, the braai (meaning ‘barbecue’ in Afrikaans), grilling all manner of meat over coals or a wood fire. Along the way, he stops off at some of Cape Town’s most interesting foodie destinations. 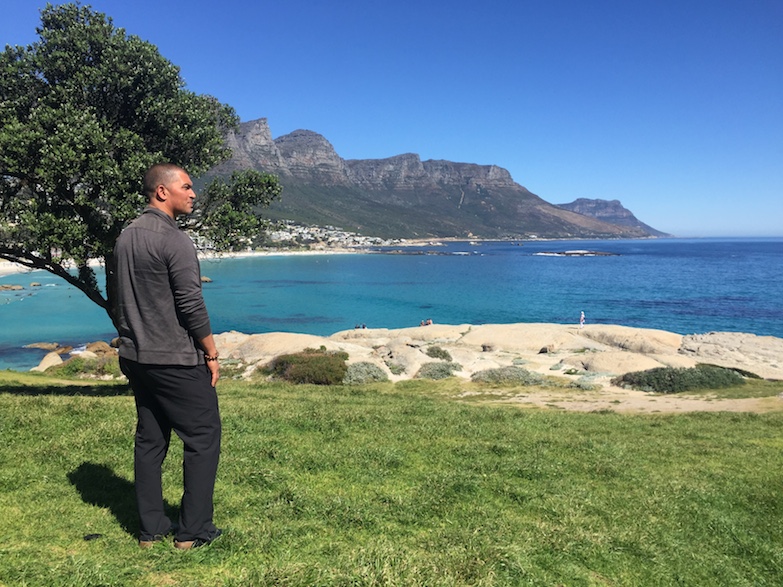 Tell us about your culinary journey – where did you decide to go and why?
I went to the Bo-Kaap neighbourhood in Cape Town, the historic old town that has managed to hold onto its many traditions. There I was shown how to make koeksisters, a sweet Malay pastry, and went to Atlas Trading to sample spices for our braai. We went to chat to Professor Renate Coetzee about indigenous fruits, herbs and vegetables and sampled some ingredients for our braai. I also visited Mzoli’s in a Cape Town township where we enjoyed and saw how they do a proper shisa nyama (communal braai). I braaied on the beach with one of our biggest advocates of braai and also went to Frankie Fenner's butchery to chat about Karoo lamb (the best in the world) and grass-fed beef.

What was the highlight of your culinary journey?
I was impressed by how they braai meat at Mzoli’s. It’s so basic and simple, but they’ve managed to create a great atmosphere, and people from around the world flock there as much as they do to the best restaurants in South Africa.

Tell us about braai – what does it involve and how does it bring people together?
Braai is more than just cooking meat over coals in South Africa. It’s a tradition that allows South Africans to let their hair down, congregate around the fire, socialise. Its where we talk politics, sport, life while enjoying good South African beer or wine.

How is this technique of cooking being utilised in restaurants in South Africa?
Pure braaing is cooking over coals, not gas. An increasing amount of restaurants have a braai in their kitchens. It goes from high-end fine dining where the theatre of braaing is brought tableside to more casual establishments where crayfish, fish and mussels are all cooked over the coals. 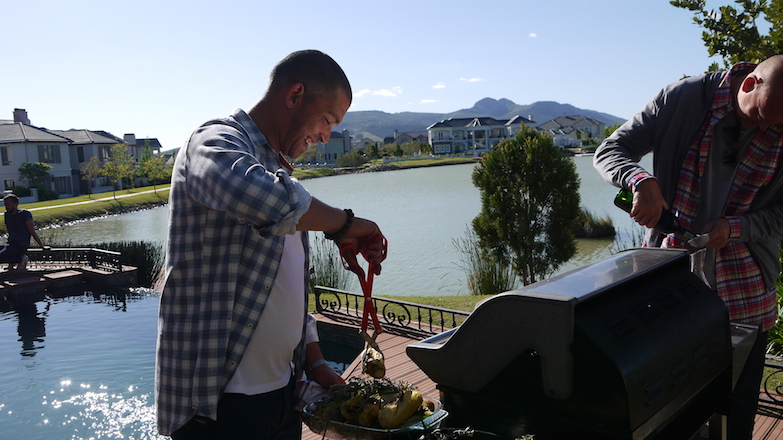 How has South African cuisine changed over the years and how would you describe its current health?
Quite a few years ago the very best of restaurants were few and far between. They were also expensive, and a lot of our best ingredients were imported. Over the years with the booming tourism industry, the growth and expansion of the wine industry, food TV and globetrotting chefs, South African cuisine has become very exciting. Chefs are now elevated to celebrity status, and our local produce is constantly improving. South Africa is now firmly on the culinary map, with a few of our restaurants featuring on the World’s 50 Best Restaurants list.

What does South Africa have to offer as a culinary destination that other places don’t?
South Africa is unique in its diversity, food cultures and wine. We have many different cultures; a few stand out or get highlighted more for their cuisine. The different parts of the country offer something different, from the West Coast with its abundance of seafood, to the Karoo with the most delicious lamb, game and ostrich, to the Cape with its amazing award-winning restaurants and wine farms producing some of the best wine and food in the world. We also enjoy cooking with spices. The farm-to-table concept is alive and well in South Africa, and chefs work very closely with farmers and most have their own vegetable and herb gardens.

You’re an accomplished chef and a culinary guru in South Africa. Can you tell us a bit about your journey to becoming a chef? Did you always know you wanted to create food for other people?
I come from humble beginnings and started as a waiter in restaurants. I always enjoyed cooking and was pulled into the kitchen to assist and also because I wasn’t a very good waiter! From there I worked my way up and travelled a bit until I eventually managed to open up my own restaurant.

Do you have any tips or advice for aspiring chefs?
Learn as much as possible early on about the industry, life in the industry, the good side and the bad side before you enter. It’s a fantastic industry to be in, but some young chefs have a misconception about what we do and the life of a chef.

What dish is the most well known in South African cuisine?
Bobotie. It’s a meat dish that contains minced lamb or beef and is cooked with spices and dried fruit. It gets an egg custard topping and is served with chutneys and sambals.