There are many reasons why I write about the meals I eat. Sometimes I write because I had a meal so exciting and fantastic that I simply must share it with you. Other times, I write to share hidden gems in lesser-explored regions of our city (see Little Kitchen), places only experts and well-connected individuals would find. Finally, I write about places to prevent you from the misfortune of ever having to eat a lousy meal. This is one of them.

What was wrong with Sing Kee? Perhaps it was the bloke who cursed at me to find my own seat when I simply asked for a table for one. Maybe it was the fact that despite being an outdoor dai pai dong restaurant (like a hawker stall, if you will), it charged restaurant prices for tiny portions of food. Then again, it could just be the hygiene. The entire restaurant was so filthy it felt like a salmonella outbreak waiting to happen. Everyone in the catering industry knows that properly storing ingredients and maintaining a clean kitchen is the most important component in operating a restaurant. You could get shut down in England if a diner spots a single cockroach within restaurant parameters. Here, the Queen would have grounds to burn the entire place to dust. I spotted an entire family of cockroaches – two large ones and a horde of small babies – on a table where ingredients were placed. Various assortments of seafood were hastily crammed into a tiny fridge, while vegetables were just left uncovered in the open air. I was halfway through my meal when a table of Chinese tourists squealed and jumped out of their seats. Turns out a rat had decided to crash their party and dine with them. I've had meals in plenty of shady, dirty places before, but I have never had as harrowing a dining experience as this. 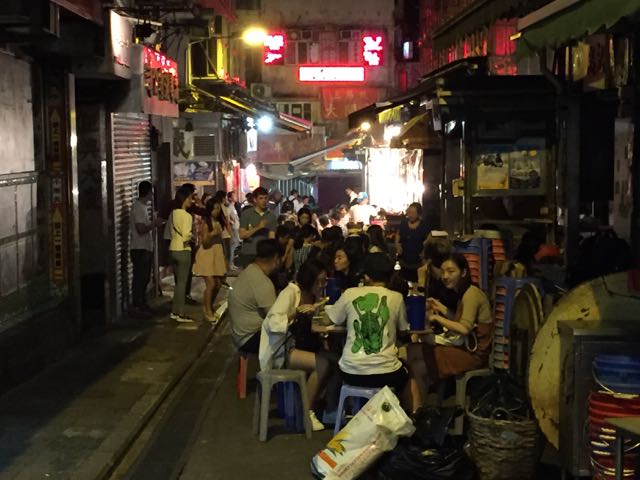 Still, I held hope that the food would justify the horrible environment. After all, even though it was past dinnertime, the entire restaurant was jam packed with people. I have also had fantastic meals in dodgy environments before (Taiwanese night markets and the hawker stalls in Thailand come to mind). Here at Sing Kee, there was no denying the skill of the chefs. I watched as one chef effortlessly bisected a crab in less than five seconds. It was quite impressive, if not brutal; chop, chop, chop and straight to the blazing hot pan, where it was to be tossed and kissed by the flames. But as I sat in awe of his knife skills, the chef simply swiped all the scraps and shells from his chopping board onto the floor, where they would inevitably become a lovely meal for the insects and rodents below. So here I was, trying to have a meal amongst puddles of crab juice, snubbed-out cigarette butts and all sorts of disgusting things. The entire experience would have inspired directors like Tim Burton, but it did not bode well for someone who simply wanted to eat. 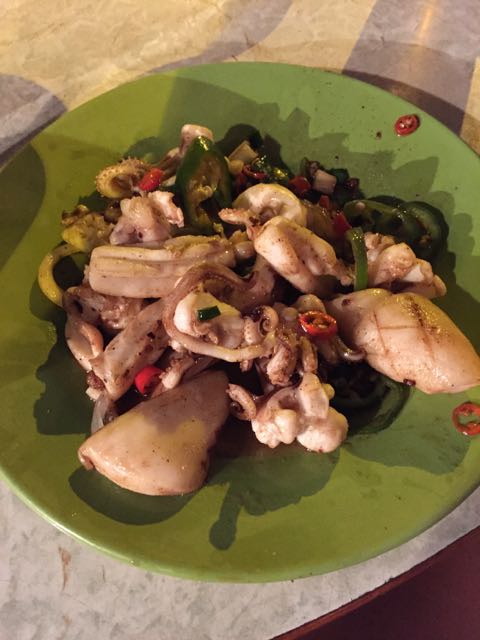 Dai pai dong cuisine is based around fresh seafood, where in days gone by fishermen would fry or steam their daily catch on their boats for customers. The food is salty, spicy and totally delicious (if not too delicious, thanks to the abundance of MSG). The secret behind any good dai pai dong is something called wok hei (literally translated as the breath of the wok). Wok hei is the Cantonese term for the cooking reaction known as the Maillard reaction, where high heat forces the sugars and amino acids in food to brown and caramelise, giving it a more desirable flavour. While Western chefs achieve this effect by browning ingredients in oil, Chinese chefs do so by repeatedly tossing their woks over high heat. But while Sing Kee certainly made Maillard proud, the food tasted anything but good. Their salt and pepper squid ($58), a dai pai dong staple, was done differently here. Traditional salt and pepper were replaced with slices of fresh chilli, and the squid was flash-fried rather than battered. While this new cooking method retained the squid's delicate texture and flavour, any taste of the sea and spark from the chilli were overshadowed by the abundance of salt and MSG in the dish, and the entire thing was impossible to finish. It was also quite expensive for a measly portion. But then again, too much of it would have resulted in me being bedridden for days. Other items were just as bad. The sweet and sour pork ($52) was all fat and no pork, and the ginger and spring onion stir-fried liver ($42) was so overcooked that it was grey and brick hard.

In retrospect, Sing Kee had giant warning signs plastered all over it. Yes, the hygiene was a major giveaway. But, now looking back, I do not recall a single table speaking Cantonese. Instead, most orders were made in Mandarin or English. So, essentially, Sing Kee is a tourist trap, serving up plate after plate of tepid food in an unhygienic environment under the guise of authenticity and local culture. Next time if you do spot me roaming the streets of Central, buy me a beer for warning you away from this place.