All it took was one bite of food. One single bite, and I was convinced I was going to have an exemplary meal at Café Hunan. It was not something extravagant or flamboyant – rather, it was just a humble dish consisting of slippery slices of pork belly and dried tofu, stir-fried until the fat melts and everything is properly caramelised. But here’s the thing, this particular dish brought me back to China, back to the days when I would frequent tiny, hole-in-the-wall Hunan joints with my father in Shanghai. It is quite difficult to phrase it in text, but this particular dish just tasted authentic. It tasted exactly like something you would find in Hunan, and when a restaurant serves up food tasting exactly of what you would find in its country of origin, you know you're in for a treat. 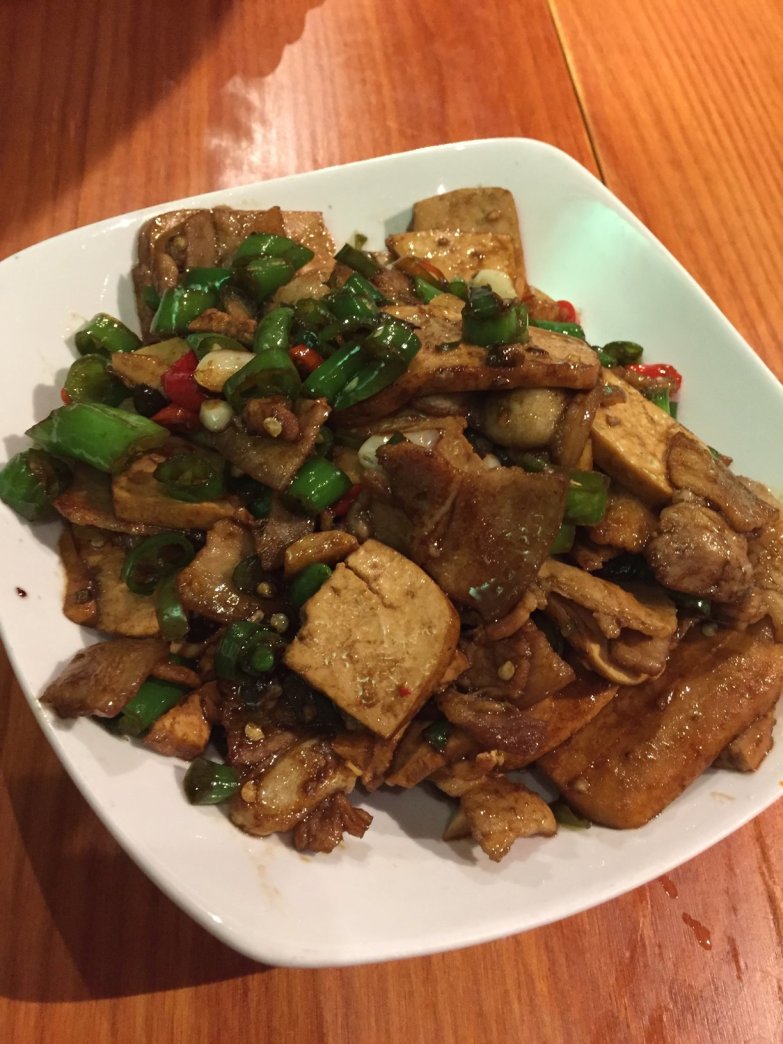 Authenticity is good, and everything from Café Hunan screams 'authenticity' in block capitals. From the interior design, cleverly designed to mimic a retro Chinese manor with grey walls and wooden panels, to the staff and their rich Chinese accent, everything is exactly as you would expect if you hopped on a flight and landed in Hunan. Then, of course, there's the food.

Hunan, or Xiang, cuisine is one of China’s eight great regional cuisines (if you ever have the time, run a quick search on China’s regional cuisines. It's fascinating observing how climate, location and culture shape food). Unlike Cantonese food, which is refined, subtle and delicate, Hunan cuisine is unashamedly brash and fiery, full of fire and heat from all sorts of spices and chillies. You wouldn't be incorrect in thinking that Hunan cuisine is similar to Sichuan cuisine, cut from the same metaphorical culinary cloth – after all, they both share a love for chilli and DEFCON-1 levels of heat. But there is more depth in Hunan cuisine – the flavour of smoke is often utilised, and more often than not, you'll discover a funky, sour element in a dish, be it a dash of vinegar in a sauce to cut the richness or in the form of some musky pickled chilli or greens to give a dish a proper spanking. In fact, I'll go as far as to suggest that pickles and other fermented goodies are almost a must in any proper Hunan dish and that the culture utilises acidity better than any other region in the vast lands of China. So, if a Sichuan meal – such as the one at the mighty Qi – House of Sichuan – is like getting pummelled in a 12-round boxing match against Mike Tyson in his prime, a great Hunan meal is more like a sparring match against a tai chi master: more subtle and delicate yet indomitable all the same. 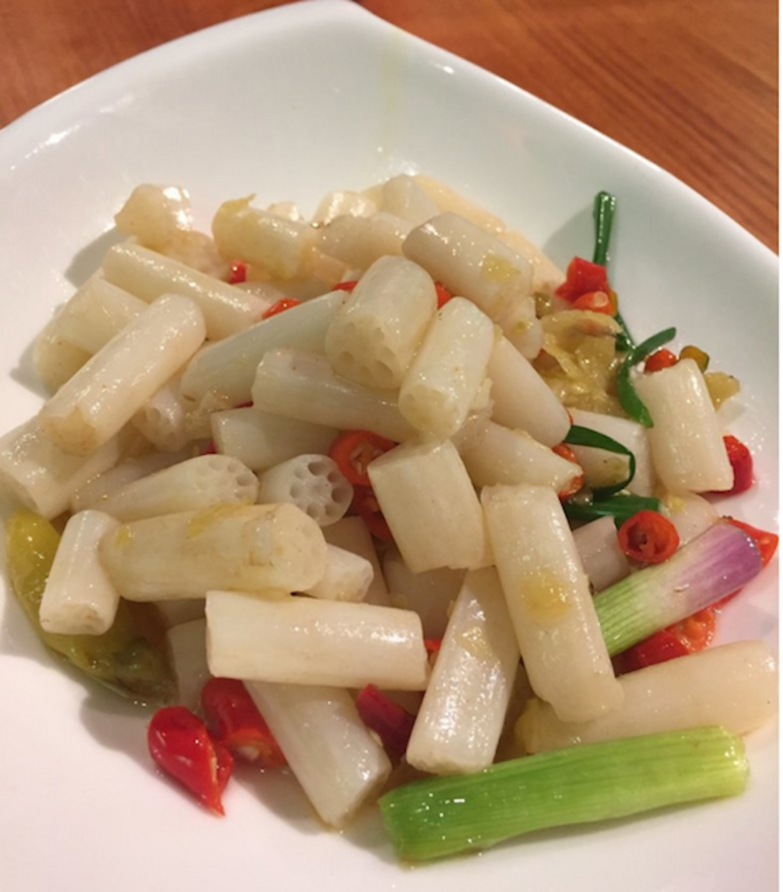 With the pork came some delicate baby lotus roots, the colour of ivory and enamel, flash-fried in a hot wok with a boatload of fresh bird’s-eye and sour pickled green chillies so that the delicate vegetables preserved their natural freshness and crunch. It was a masterclass in balance, on how to juggle strong flavours so that all the elements on the plate remain harmonious. There was just the right amount of acidity to tickle the palate and just enough heat to make a single bead of sweat drip down your back. 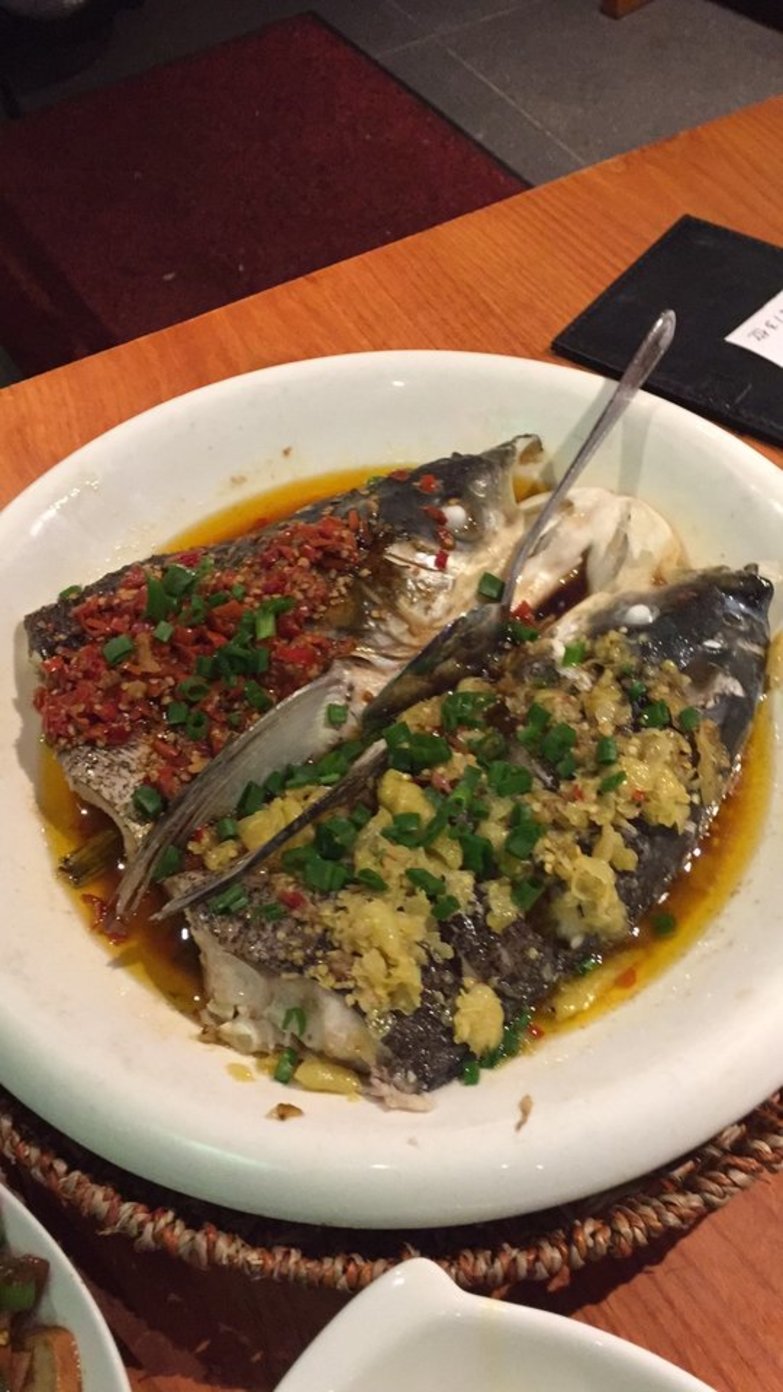 Then the pièce de résistance arrived in the form of a fish’s head, as large as a child’s torso. It was butterflied and steamed under a blanket of diced red and fermented green chilli peppers in a savoury, oily broth. If you order it, feel free to dig around for chunks of beautiful, buttery cheek meat or scrape off slivers of skin and dredge them in the fiery sauce, but the real gourmets know that the prime stuff is what’s hidden inside the cranium of the fish. Go on – be bold and stick your chopsticks inside! Carefully search every nook and cavity and you will be rewarded with soft, creamy brains and cartilage with the consistency and wobble of custard. Then there is the sauce, so powerful it hollers and screams. The red chillies provide intense searing heat and saltiness while the fermented, funky green peppers knock you sideways with their strong, acidic punch. Resist the urge to lap up the sauce and, instead, ladle it onto rice or noodles once the last bits of the fish are picked off. Trust me, you'll thank me for this little tip. (If the thought of ingesting fish brains and other wobbly bits makes you feel squeamish, you're forbidden from ever reading one of my reviews again. Go away, shoo! For all good things are wasted on you.)

Food this good normally come with a hefty bill, especially since Café Hunan has been recommended by the Michelin Guide for several consecutive years. But this spot is an absolute steal. Regular stir-fried dishes are no more than $80. The fish head, as big as an apocalyptic beast? Yours, for only $148. As you walk out of the restaurant, you may realise that the shirt on your back is drenched and that you really need a cold drink – ideally an ice-cold Tsingtao – to soothe your tongue. Heck, you might even have crippling stomach pains the following morning. But I guarantee you this, you will leave Café Hunan a very happy diner indeed.