South Africa: A New World Wine Producer with Over 350 Years of History

Do you know what the difference is between Old and New World wines? Based on its geography, South Africa is generally counted among the New World’s wine producers (conventional wisdom classifies Europe as “Old World”, everywhere else is “New”), but did you know that the Cape actually has a rich winemaking history dating back over 350 years. That’s right - it’s not as new as many of us think. Some of the wine estates have been in family hands for seven or eight generations, which is longer than many Old World vineyards. So, is South Africa Old World or New? Like almost everything else in South Africa, simple classifications are pointless and misleading. 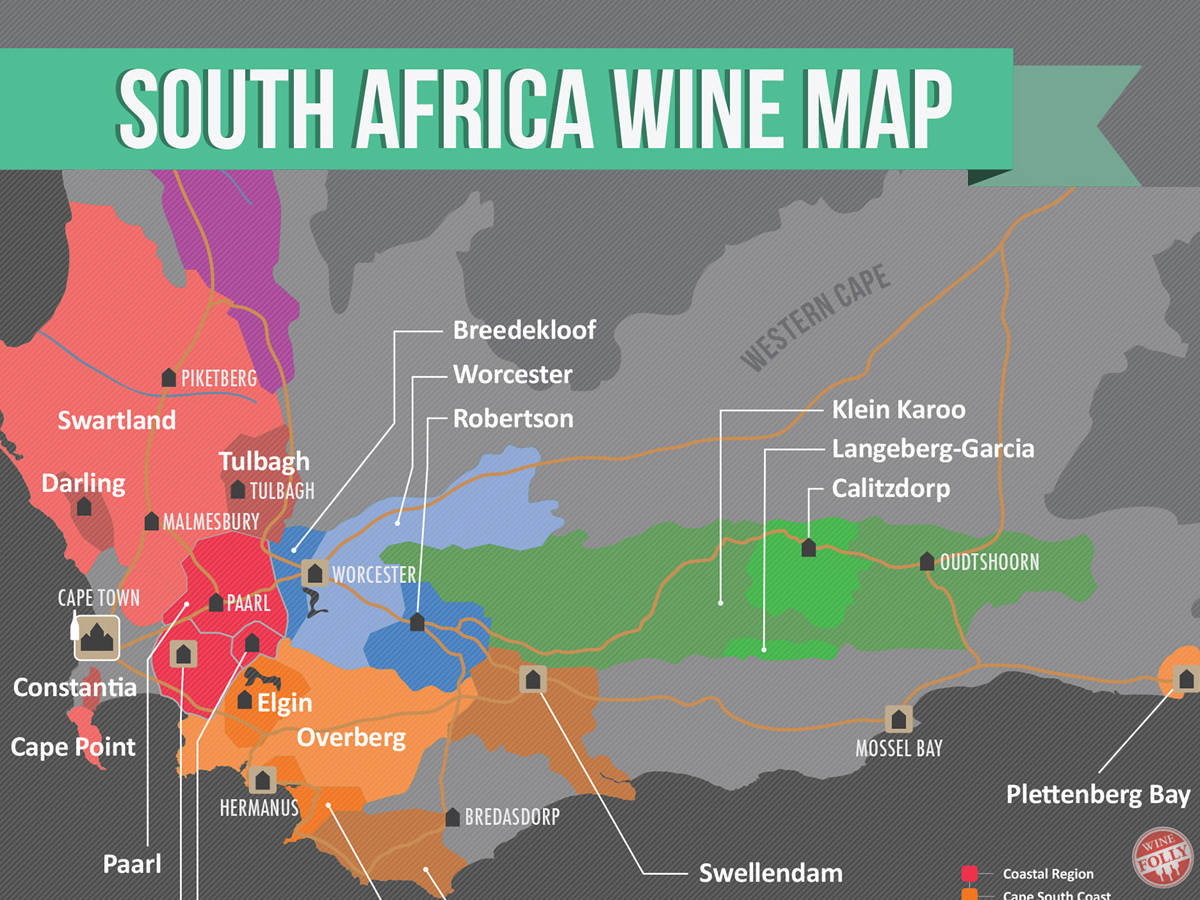 The South Africa of Yesterday

In one sense, the South African wine industry is very well established. And it is unique in that we know the exact date on which its wine industry began, thanks to an entry on 2 February 1659 in the diary of Jan van Riebeek who had come to the Cape to establish a settlement on behalf of the Dutch East India Company.

What sort of wine is South Africa known for?

First under Dutch and then British rule, the Cape became famous for its Constantia dessert wines. By the late 18th century they were being served in Europe to the nobility, savoured by Napoleon when in exile on the island of St. Helena and written about by Jane Austen.

By the late 19th and early 20th centuries, German and Italian immigrants began settling at the Cape, introducing wine-growing and winemaking traditions of their own. In the 1950s, South Africa was pioneering the use of cold fermentation techniques which allowed for lighter, drier, fresher, more aromatic white wines such as the semi-sweet Lieberstein. At its peak in 1964, Lieberstein sales topped 31 million litres, making it the world’s largest selling branded wine. The country’s powerful beer producer was not going to stand for this. It stepped in to ensure the wine didn't steal any more domestic market share and Lieberstein’s momentum ran out.

Politics of the day led to sanctions and South Africa was not able to trade internationally. Years of isolation meant very limited exports and resulted in an inward looking industry, diminishing intellectual capital and an increasing lack of global competitiveness.

In 1990, Nelson Mandela Nelson Mandela took his historic walk to freedom, a watershed moment in the political and social transformation of the country. With political reform and the advent of democracy in 1994, the country returned to international trade.

The South African wine industry reconnected with a rapidly changing global wine industry. While the world was keen to support the fledgling democracy by selling its wines, it soon became clear that it had to transform as quickly as its society if it was to compete globally. Locally trained winemakers began travelling to other wine-producing countries, to study abroad or work in the cellars of leading winemakers in the Old and New World. Viticulturists began playing a far more prominent role and producers became keenly aware of the need to focus on noble cultivars, to use superior plant material and also to match varietal with terroir, in the process discovering and developing new wine-growing areas.  The expansion to new winegrowing areas ensured continuous development of the country’s appellation system, covered under the Wine of Origin Scheme (WO). It is fair to say that the modern South African wine industry is a little over two decades old and has had to catch up very fast. This is the stronger case for its classification as a New World wine producer. So then back to our original question of whether South Africa should indeed be categorized as part of the New World. After all, their wine industry was built on and evolved from an older foundation, which complicates a strictly New World classification. Today the wine origin classification recognises ‘geographical units’, ‘regions’, ‘districts’, ‘wards’ and ‘single vineyards’.

South Africa ranks as one of the leading winemaking nations in the world in terms of environmental sustainability, biodiversity and production integrity. More land has been dedicated to conservation than what is planted to vineyard, through the Biodiversity and Wine Initiative (BWI), while a sustainability seal amalgamated the WO and Integrated Production of Wine (IPW) schemes, making it possible to trace the wine from vine to bottle, and guarantees its production integrity and sustainability. For more information, visit www.swsa.co.za

The South African wine industry is committed to environmental sustainability and is now also focusing on the certification of producers for ethical labour practices through an organisation known as the Wine Industry Ethical Trading Association (WIETA). The country is already the largest producer of fair-trade wines: 75% of all fair-trade wines sold in the world originate in South Africa. 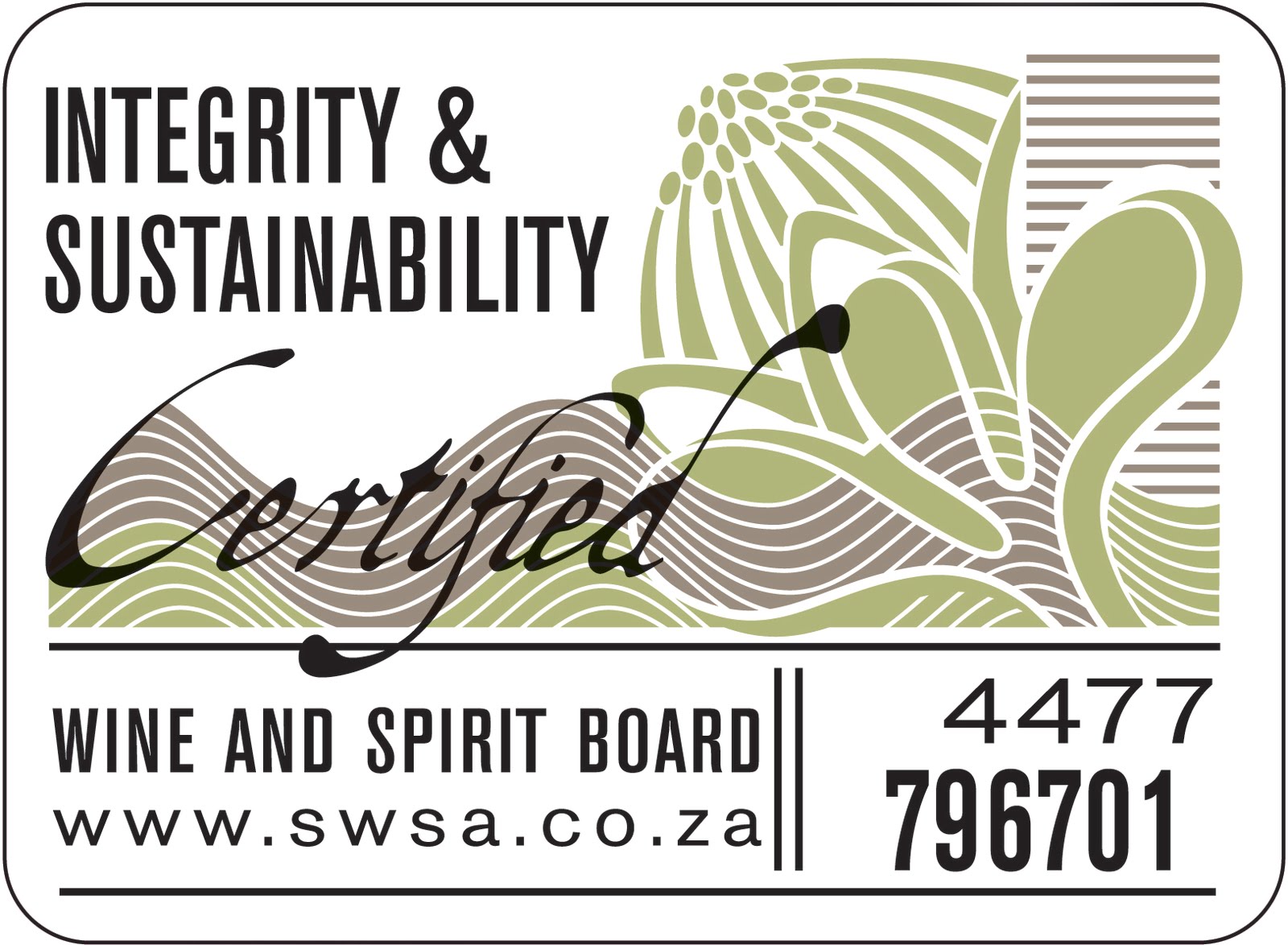 The South African wine industry has transformed considerably since re-entering the global arena: in the early 1990s, there were fewer than 200 wineries. Today, there are over 600. High profile foreign investors, many from Northern Hemisphere vineyard areas, are part of this group and have brought financial and intellectual capital into the wine industry.

A winemaking history of over 350 years means the country has plenty of tradition and experience to draw on. South Africa is a vibrant and multicultural society, and the discourse between the different generations and cultures are giving rise to innovative and original wine styles.

South African wine is coming of age and is assuming a new level of quality and a clearly differentiated and distinctive voice. Returning visitors and wine critics who have been following the country’s progress over the years can see the impact of the extensive innovation in wine-growing and winemaking that has been taking place. Today, the South African wine category can offer an abundance of choice across style and price spectrums and its wines have achieved international recognition. So, should South Africa be considered Old World, or New World? Maybe it’s both, maybe it’s neither. With a foot in both the Old and New worlds of wine, one must be reluctant to make easy generalizations about South African wine.

The South African Wine Festival is on 11th April, 2016 and early bird ticket sales are open.

Simply use the promo code SAWINEFOODIE to get the discount.