It’s been about a month since Shake Shack opened its shiny doors to burger fans in Hong Kong, but the snaking queue has yet to budge. At whenever time I assumed would be off-peak for the shop, I was always disappointed by the amount of people lined up, with yet another attempt to get my greasy hands on their ShackBurger foiled. 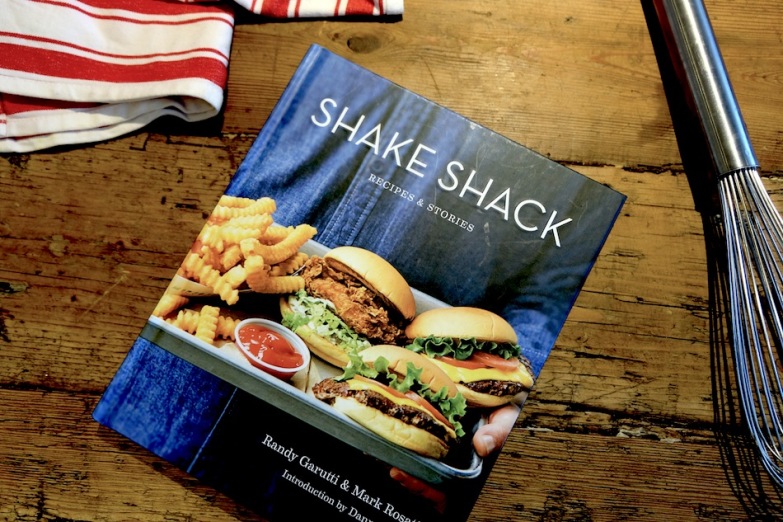 Then I stumbled upon the Shake Shack cookbook lying around the office, which one of our editors had received during a media event. An epiphany hit me and I thought to myself, I am not going to wait anymore. I am going to make my own Shake Shack meal!

Flipping through the book was like when Harry Potter discovered the Chamber of Secrets. Every single version of the burger, including collaborations with other acclaimed chefs, is in there. Guys, there’s even a recipe for the Momofuku Shrimp Stack by David Chang! 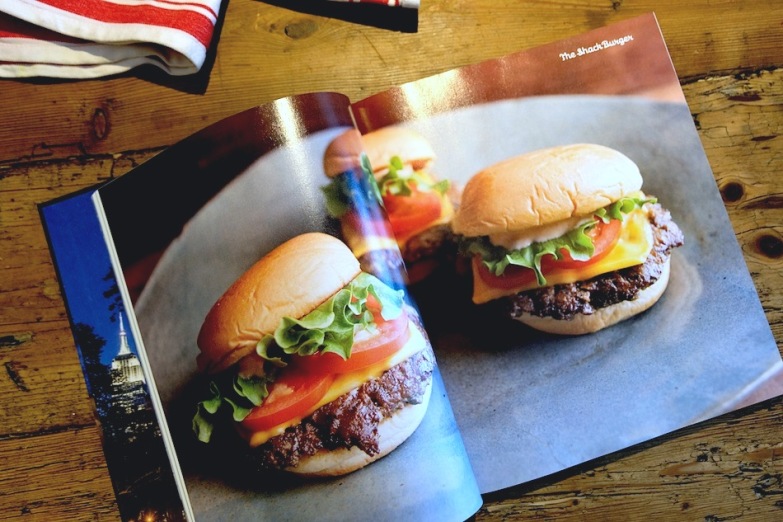 The recipes in the book are short and very visual, with pretty images plastered all over, making the items seem deceptively easy to make. So I swiftly made a decision to attempt making:
1) the signature ShackBurger
2) crinkle-cut fries
3) a salted caramel milkshake
And after that decision was made, I instantly regretted it when I looked closer at the fine print and realised the mountain of logistics I needed to take into consideration before I could embark on my ambitious mission. 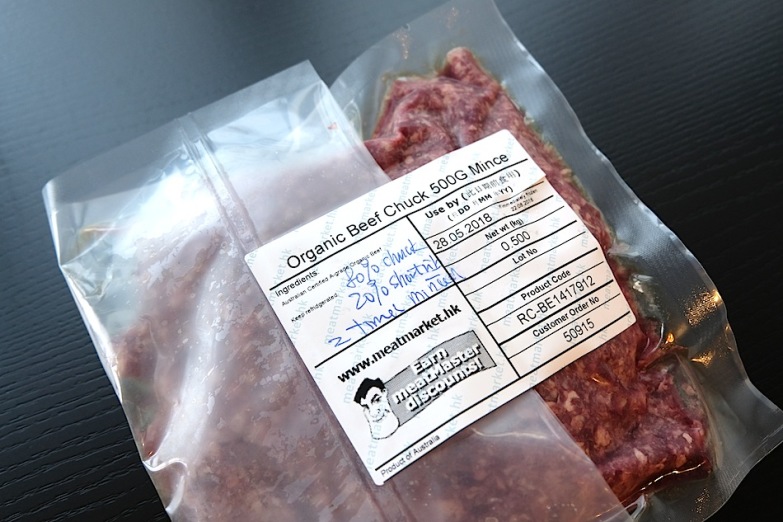 Fortunately, I had the support of meatmarket.hk, who took care of all the ingredients I needed, including the freshly minced meat (they can customise your meat mix however you want), and also provided the beautiful kitchen space that was so comfortable work in. Just a heads up — this post isn't sponsored by meatmarket.hk, but they did very kindly sponsor the ingredients and kitchen space for this experiment! 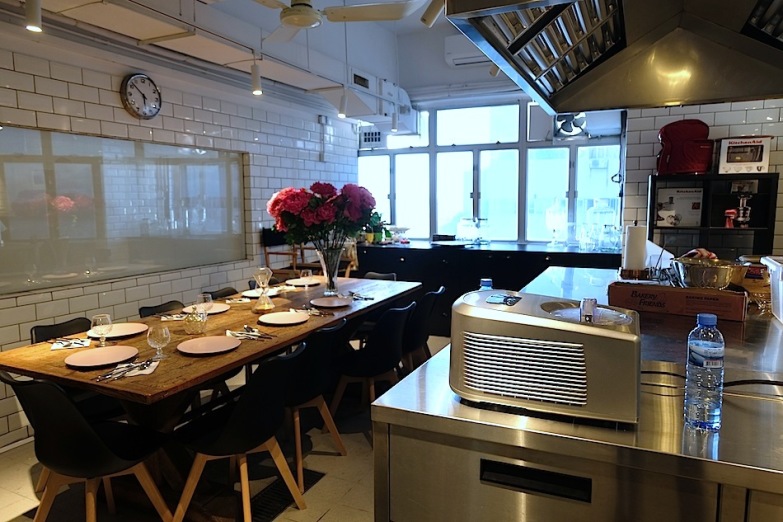 My objective was not just to fulfil my craving for a ShackBurger but also to test the legitimacy of the cookbook and how close the recipes taste to the real Shake Shack deal. For that, we had the kind support of Shake Shack itself, who sent us the exact menu items we were going to make in order to conduct this blind taste test. 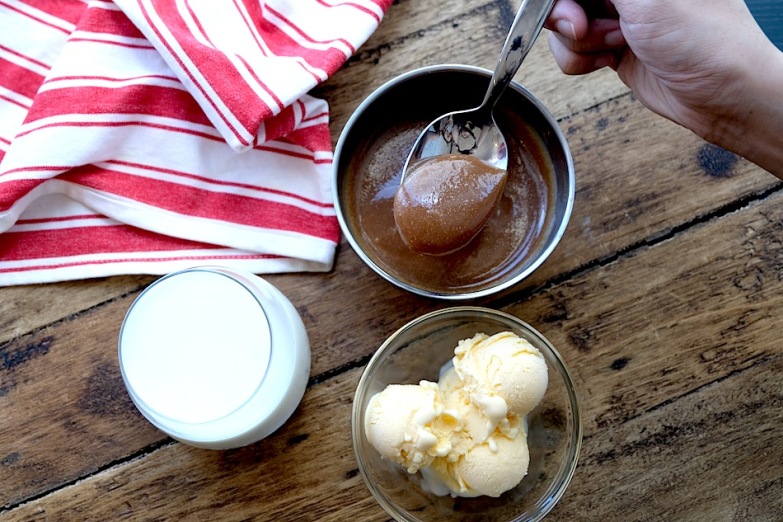 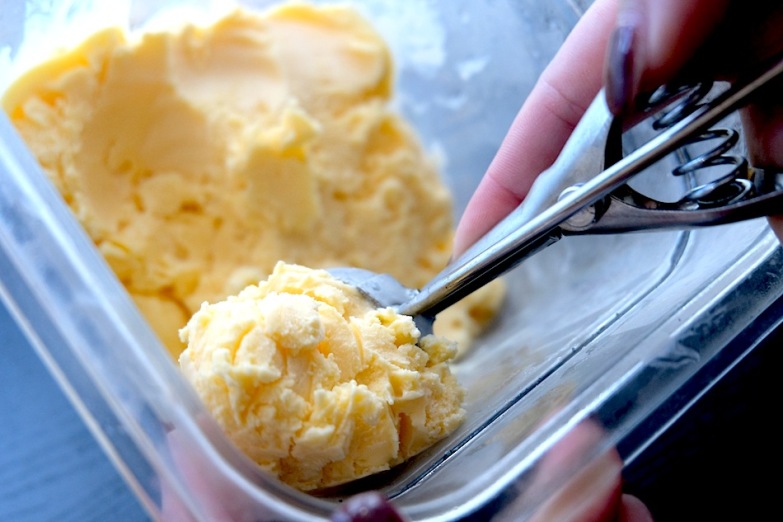 We started off with the most challenging item on the menu, the Shack Shake, which we had to prep a day ahead, making the frozen custard first. At least five hours of chilling time were needed before we could turn the custard into creamy, icy goodness. Making the mixture was like caring for a custard baby – we needed to tend to it with delicate care, stirring constantly under low heat till it coagulated beautifully into a thick consistency. 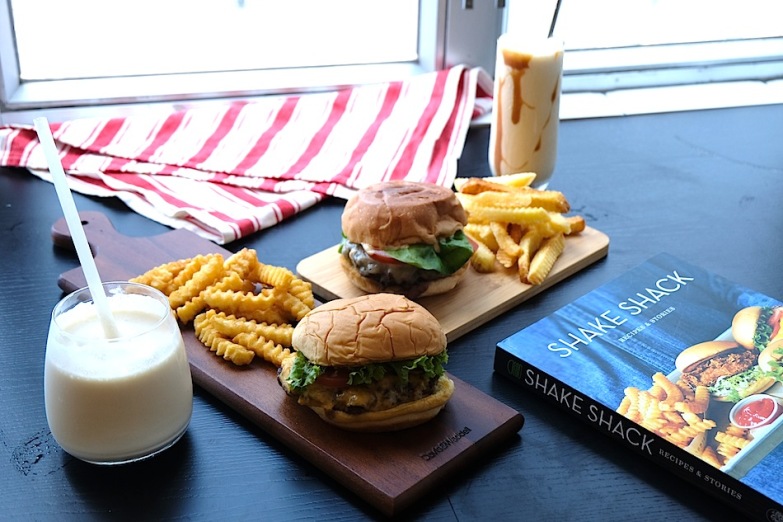 Taste test: The first sip of the Shake Shack milkshake was like gliding into the Milky Way in sweet, smooth harmony... Yes, Shake Shack’s milkshake brought all the boys to the yard, while ours, well, kind of scared the boys away. It was way too sweet, but how? I had cheated and reduced the amount of sugar required in both the frozen custard and caramel. Maybe it was due to the caramel drizzle art I did to prettify the glass. Damn it.

Winner: Shake Shack, you win, hands down. But we have no regrets when it comes to the amount of effort that went into making the frozen custard. Freshly churned ice cream. Is. The. Best. 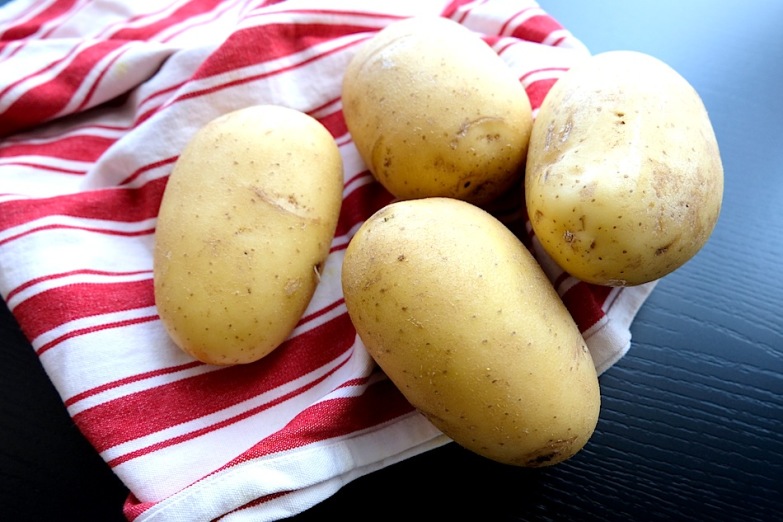 The cookbook specifically calls for Yukon Gold potatoes for their golden, starchy flesh. It was challenging to find them in Hong Kong, and they turned out to be really expensive when we did finally locate them (five big ones for $98!). 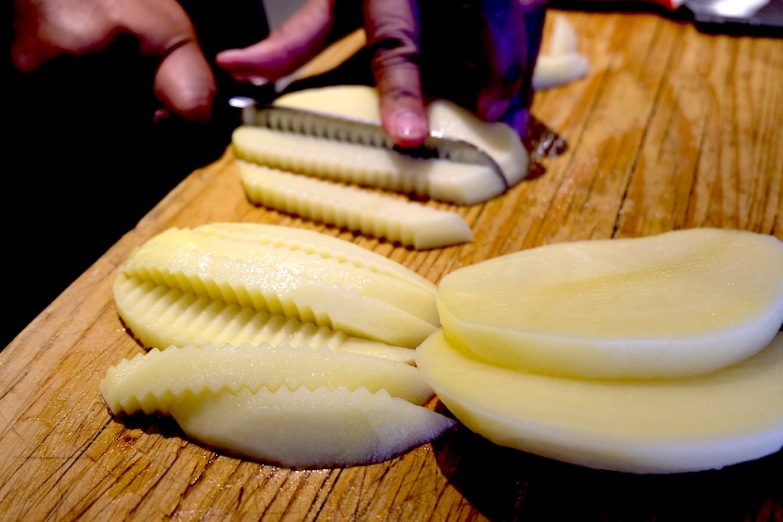 We didn’t have an industrial-size crinkle-cutter, but meatmarket.hk, being a fully equipped kitchen, had a small one! But it was tough to tackle those big, carby taters with a small cutter, so we first had to cut them into standard fry shapes before cutting them again with the crinkle-cutter. To make perfect crinkle-cut fries, first boil them to break down the starch, then cool, fry once, cool again and fry once more. 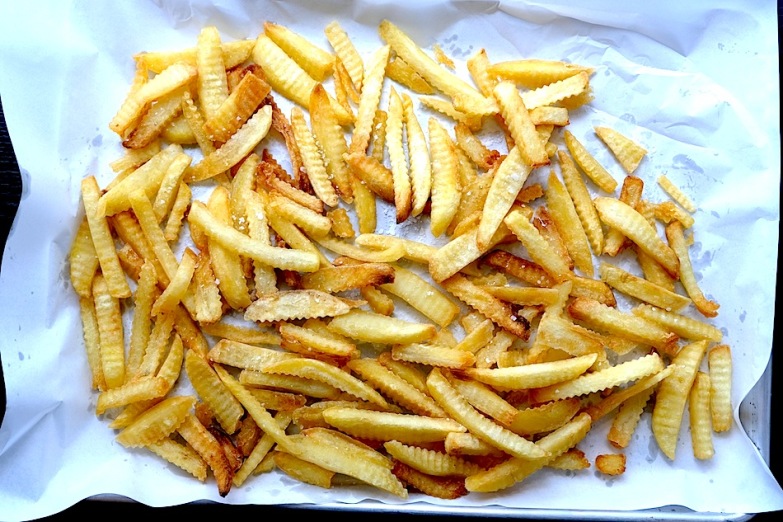 Taste test: The double-frying technique proved to be effective in achieving crispy fries. Shake Shack’s fries were crisp, but they were also heavily salted and greasy. As ours had irregular shapes, with a mix of smooth and crinkle-dented surfaces, they had a really good crunch compared to the perfectly crinkle-cut ones from Shake Shack, which had more crevices for the oil to sink in and were more susceptible to sogginess.

Winner: We won! In all fairness, by the time Shake Shack’s fries were delivered to us, they weren’t piping hot anymore and were well on the way to going soggy. But we left our fries out in the cold for an hour, revisited them and still won. Sorry, not sorry, guys. 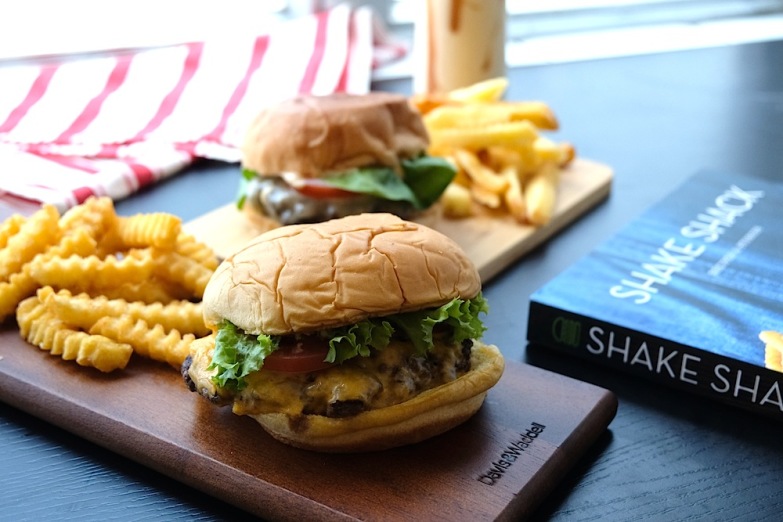 The burger, the star of the meal, was the easiest to make. The tricky part was getting the beef mix right, as it had to be a blend of 20% short rib and 80% chuck for a richer, beefy taste, and the mix had to be ground twice. 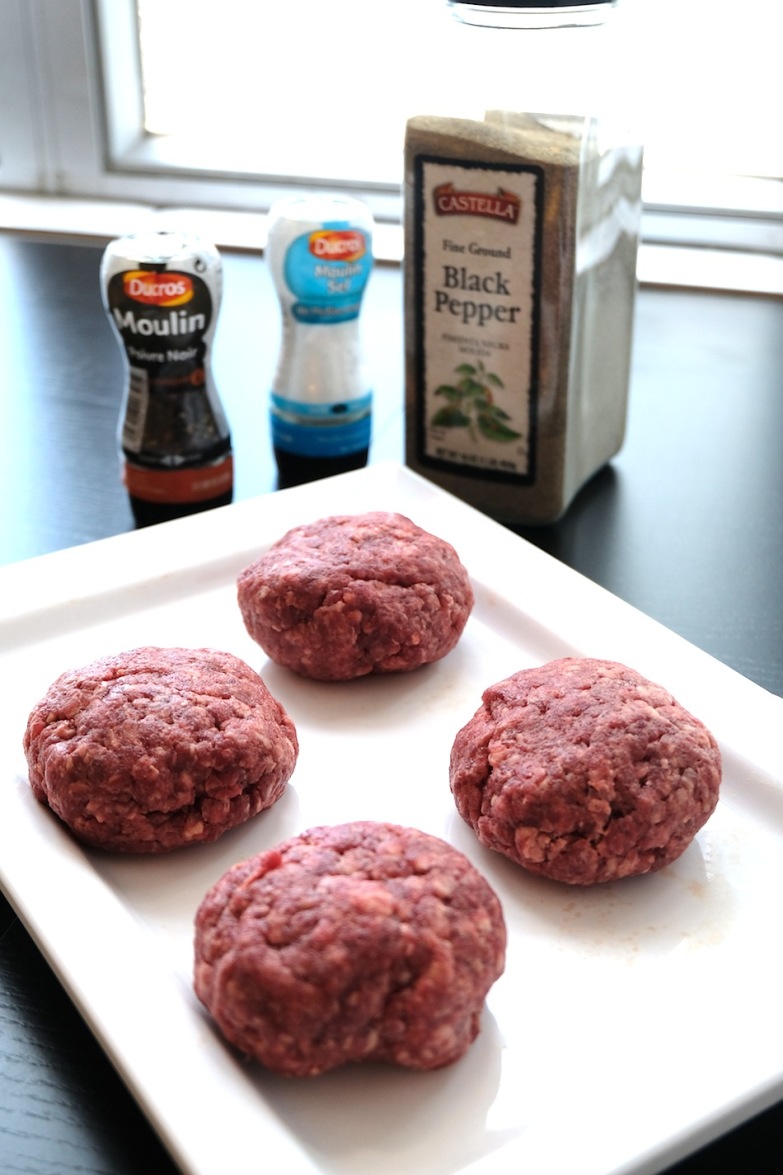 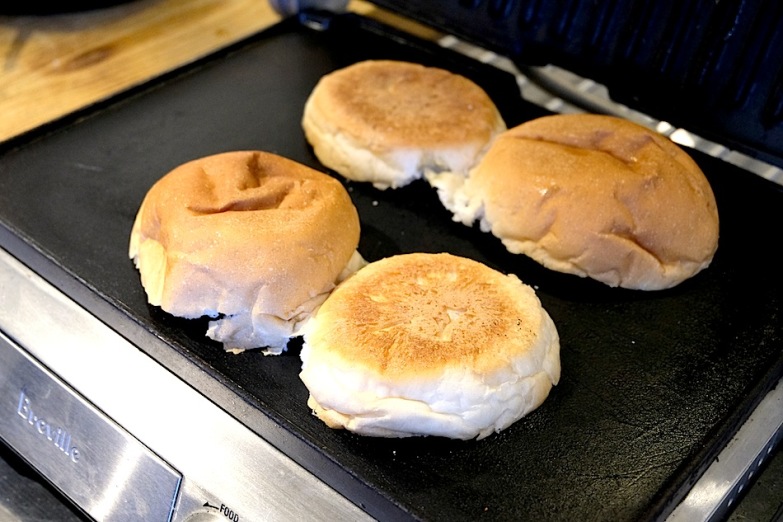 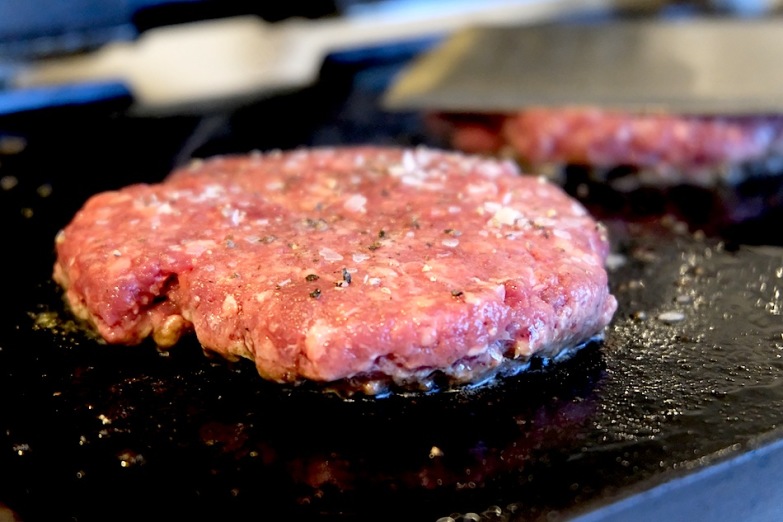 According to the book, the raw patties are usually delivered in “pucks”, which are four ounces (about 115g) of meat in a ball that is then pressed down on the griddle to get that famous Shack sear.

Taste test: There were just too many variables that made our burger different from the original ShackBurger, which resulted in two completely different burgers. Each ingredient in the Shackburger comes from a very specific place, even down to the kind of plum tomatoes and Cheddar cheese slices used. Although Shake Shack’s patty was slightly overcooked, the softness of the buttery potato buns, the saltiness of the cheese and the overall flavour triumphed. It tasted how an authentic American cheeseburger should. 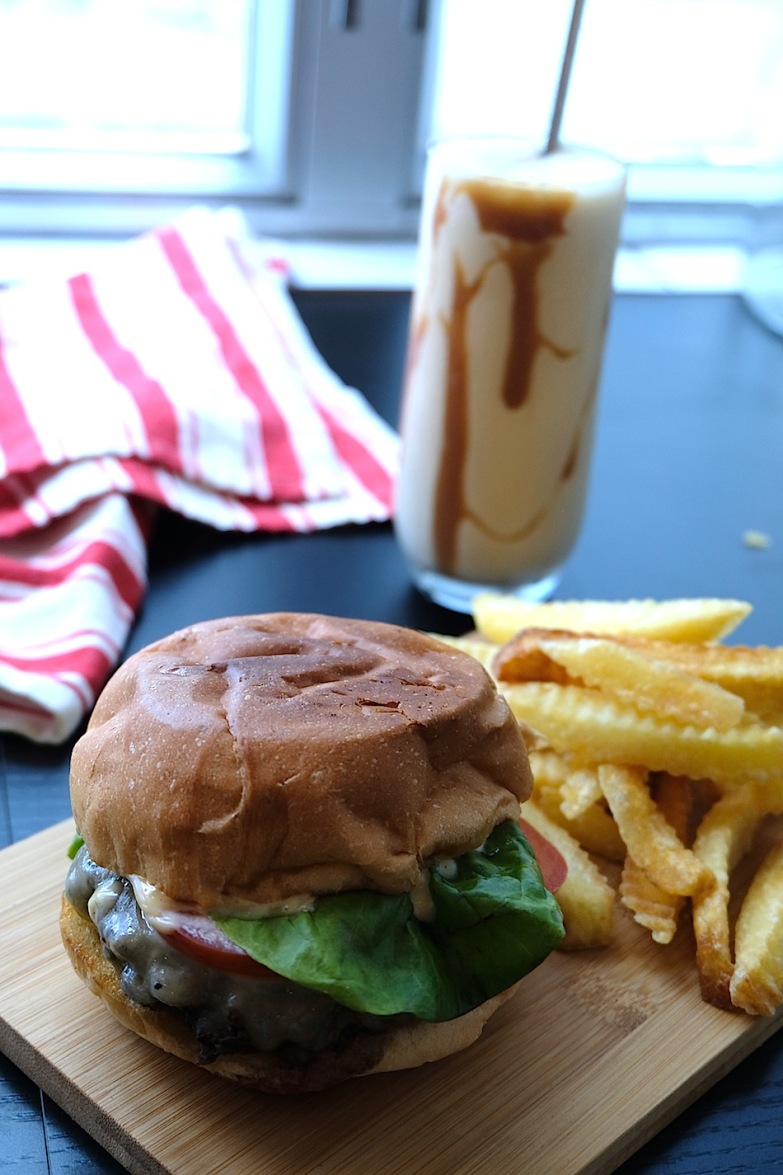 Our burger, on the other hand, tasted homemade, just like how your mum would make it on a kitchen grill (which we did, but on a sandwich maker instead). It had a richer, beefy taste and was a lot juicier owing to it being organic and freshly minced, and our Shack sauce was very close to the original.

Winner: This answer should justify the amount of time taken to queue at ifc mall – the ShackBurger won! Our burger was good too (I mean, after all that effort, it should’ve been!). It’s just that if you’re craving a greasy cheeseburger, you gotta have it the American way. 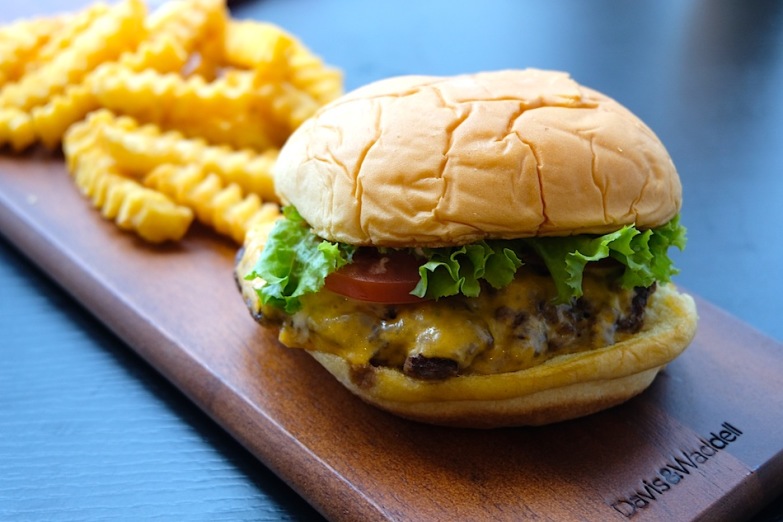 After two full days of cooking and then writing about our efforts, I’m exhausted. Seriously though, considering the amount of effort, stress and thought put in, just to make the perfect Shake Shack meal... I would suggest resigning yourself to your fate and getting in line like the rest of Hong Kong. But if you have an ice-cream maker at home, try making your own frozen custard. And double-frying your homemade fries will give you a life-changing moment.

meatmarket.hk is a customised online butcher and grocery service – cut to order, how you want it and when you want it. They support good ingredients that are produced locally and around the world, such as hormone- and chemical-free meat items, ensuring that their seafood offerings are sustainably sourced with certifications.

meatmarket.hk has also created a space in their food factory to support established FoodPreneurs looking to take that next step. They provide commercial kitchen services for FoodPreneurs and a space to host product and cooking demonstrations, cooking classes, culinary workshops, private functions and/or all of the above!