Sai Ying Pun’s Flying Pig Deli is not quite as brand new to the scene as we had thought – especially with big brother Flying Pig Bistro just up the street – but it’s the first time the Foodie team have made a visit to this hip and welcoming spot on Centre Street. Serving up healthy salads, sandwiches, burgers and indulgent bites, this small deli specialises in takeaway meals. 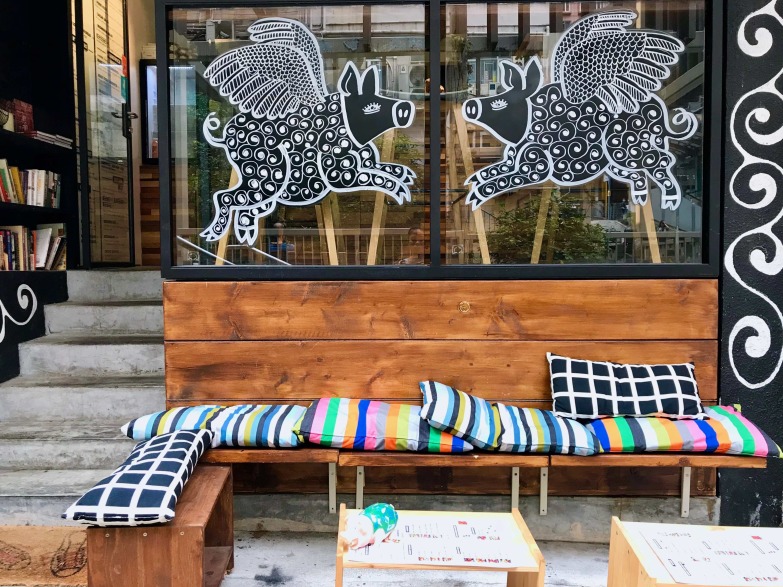 In a bit of a hidden spot, Flying Pig Deli sits next to an airy, newly built public park, which is perfect, as indoor space and seats are limited and guests are welcome to order their food for takeaway and enjoy it a few steps away in the shade of the trees. The deli is also dog friendly, so you can bring along your pooch for a delicious meal with a refreshing view and a soundtrack of birds in the park. 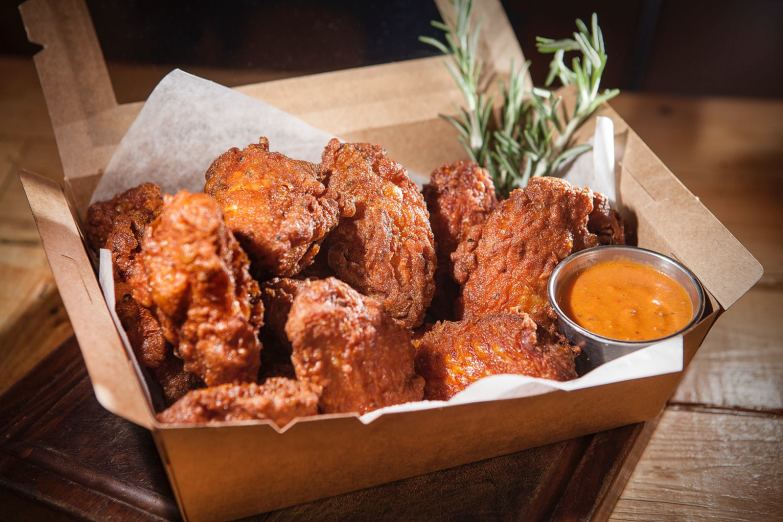 Now, down to business. Flying Pig Deli has some of the crispiest, tastiest chicken wings ($138) I’ve ever encountered. With perfectly crispy skin and tender and juicy meat, these wings weren’t too oily or salty and they were well marinated in Flying Pig’s secret spicy sauce. Mmmmm... For an additional flavour bomb, the wings were complemented by piri-piri and a sharp honey-mustard dipping sauce. True to their “jumbo” name, these guys are bigger than your average chicken wings, perfect for sharing with family and friends – or, if you’re feeling a bit greedy (like me), you can indulge in a whole batch by yourself. We aren’t going to judge ya! 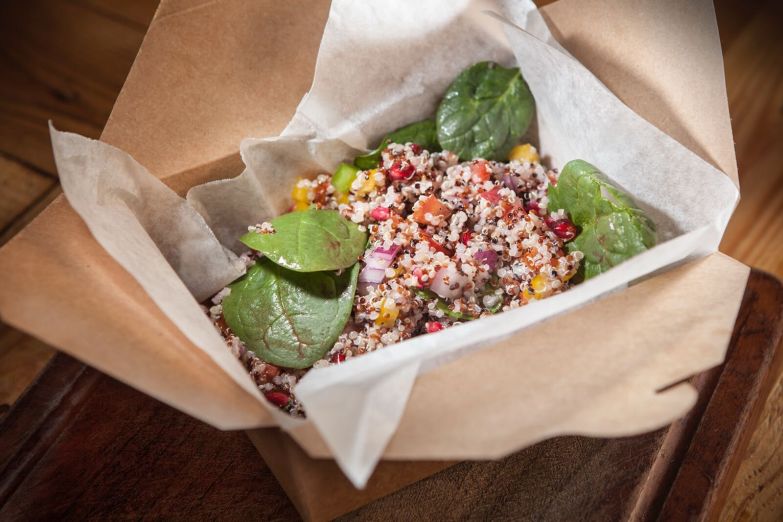 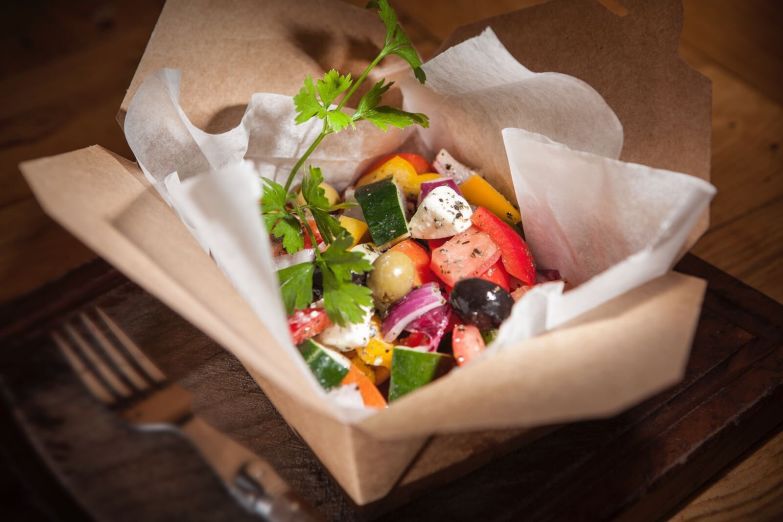 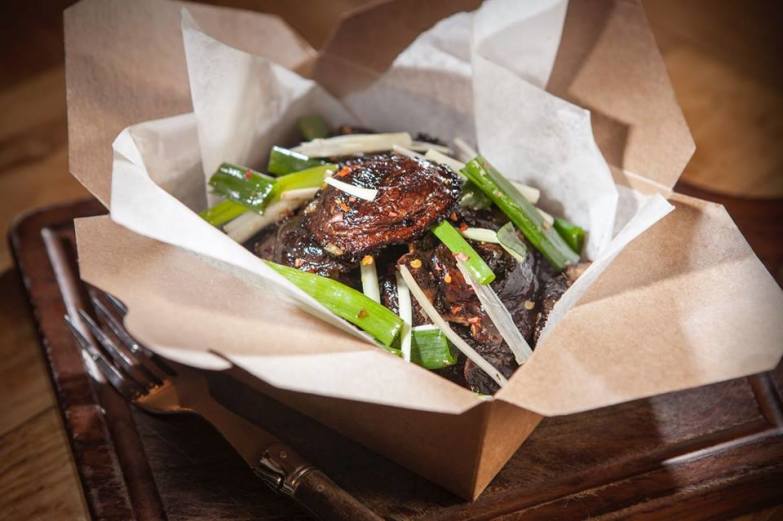 Alright, let’s talk salad. We treated ourselves to the quinoa and pomegranate salad ($118), Greek salad ($118) and mushroom salad ($118).Though all quite different, each salad had its own recommendable merits. The quinoa salad was light on the stomach and wonderfully balanced in its flavours and sweet honey dressing, and the Greek salad boasted unusually creamy feta cubes. But, without a doubt, the star of the show was the mushroom salad: meaty, chunky shiitake mushrooms were paired with a moreish miso-and-soy marinade. As simple as it sounds, this salad packed in some serious flavour and had a firm texture that we hungry lunchgoers thoroughly appreciated. 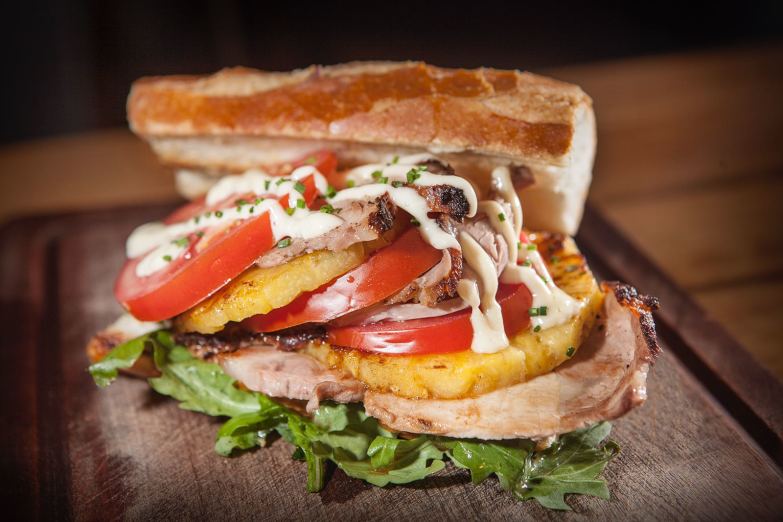 We tried the “UNCLE” roast pork sandwich ($78), which we were told is one of the deli’s bestsellers. We counted slices of grilled roast pork, pineapple, tomato, rocket and some super-tasty mayo – a fully loaded sandwich that was a perfect balance between sweet and savoury. The pineapple added an unexpectedly sweet and zesty flavour that was a great counterpart to the roast pork. It was utterly delicious and we’d be down for seconds! 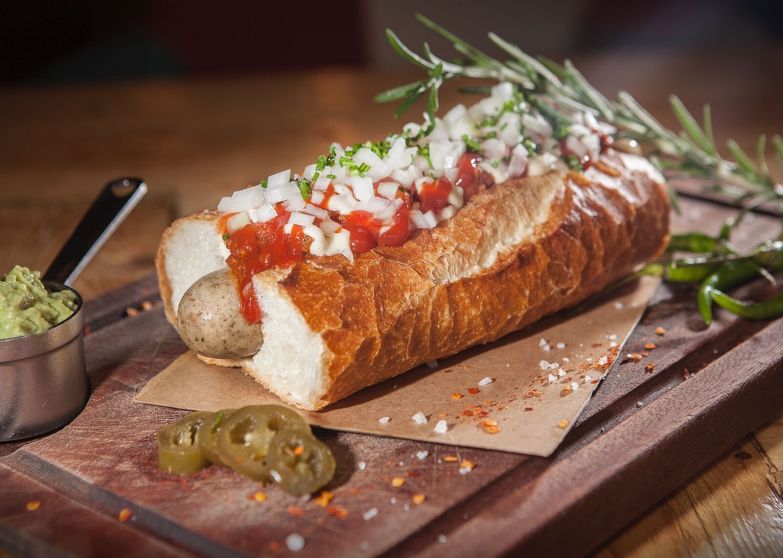 Flying Pig Deli also serves up some super-special hot dogs known as Snoopy Dogs. They’re hot dog franks wrapped in an untraditional, but equally tasty, baguette rather than a soft bun. We tried Ben’s chilli hot dog ($85), made up of a juicy homemade sausage slathered in spicy chilli con carne and topped with thick slices of jalapeño. Though the baguette substitution took a little getting used to, as it added an additional layer of texture, we enjoyed how incredibly filling the dish was and how the bread soaked up the chilli juices.

A thousand times yes. Not only have we never sampled a better-tasting mushroom salad, but we love the cosy feel of the deli and the unique hot dog offerings. This jack of all trades also offers catering, junk packages and two-course lunch sets for an unbeatable $78. As lovers of chicken wings, we feel obliged to shout out about their Wings Wednesday and Thursday, when you can get eight jumbo wings and unlimited fries for $98. We’re already making plans to go back...

By your calculations, about 245 glasses of this wine – 9.5 gallons, the size of a guppy tank – would equal the ... READ MORE