Warm up with Kam Fung Congee after a Family Hike

A group of us were feeling adventurous so we decided to ride the tram from Central to the east side of Hong Kong Island for a hike and then to try out Kam Fung, a congee place we had heard so much about.

The ride on the ding ding as it's called in Cantonese took us through the local hustle and bustle shopping areas of Wanchai, Causeway bay, Tin Hau, Fortress Hill and then Quarry Bay. After an hour and a half scenic ride we got off at the 83E stop (Mt. Parker Road in Quarry Bay) and were ready for our hike. 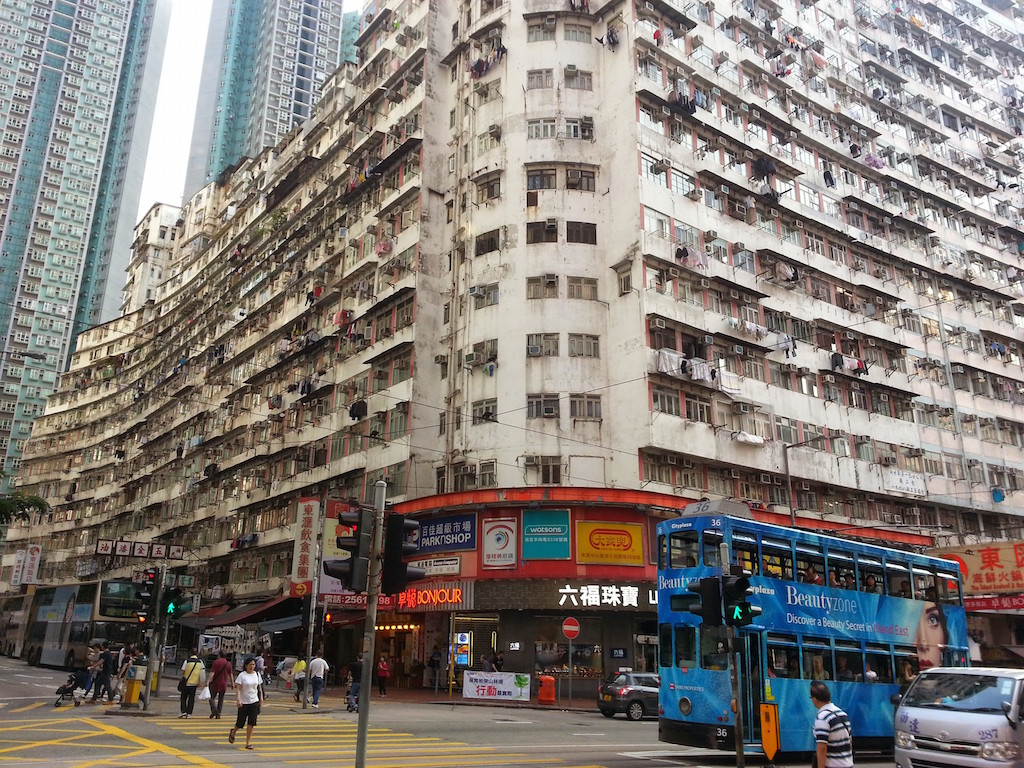 From the tram stop, we crossed over to the south side of King's Road and turned right onto Mount Parker Road in front of a massive concrete residential building. As we made our way up the hill on Mount Parker Road, we passed a shrine by running water with incense burning right below a wet market with a group of uncles chain smoking and gossiping. We kept climbing the hill, which became steeper, as views of Quarry Bay and the Harbour revealed themselves through openings in the trees. 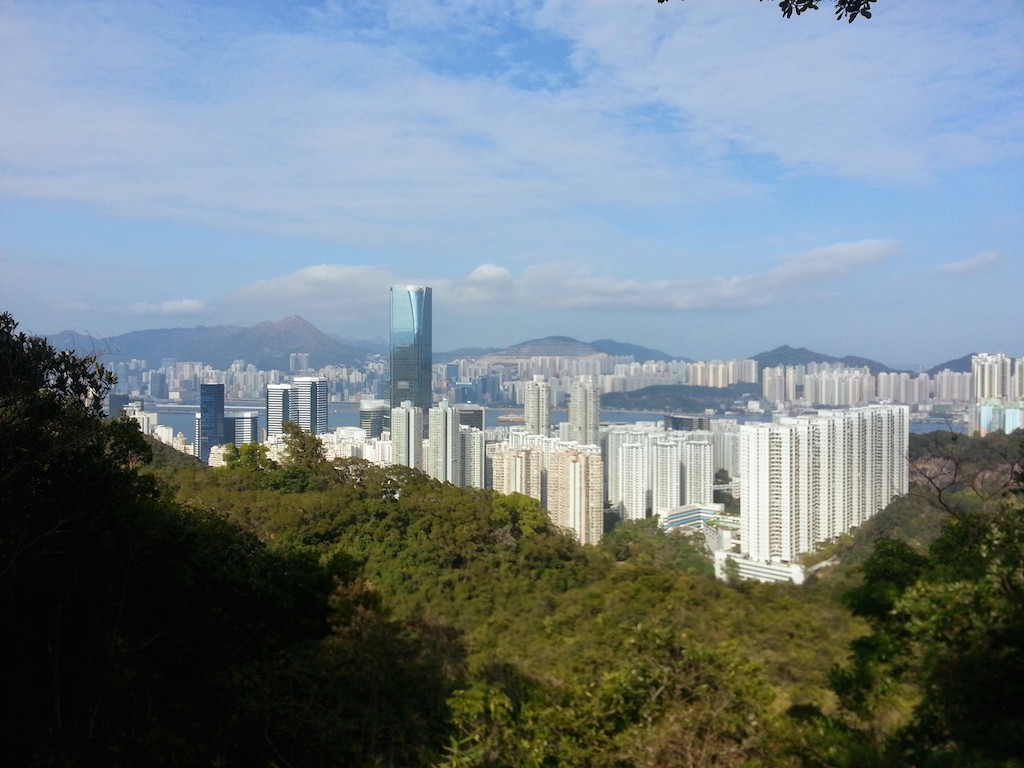 After about 20 minutes, we arrived at the opening of the tree walk trailhead which appeared on our left. We walked down a set of stone steps and soon found ourselves surrounded by trees, running water and serenading birds. It was perfect for a weekend hike and not too strenuous. We passed several relics from WWII including communal stove tops and a few shelters, which this blogger writes more about.

After all of this hiking, we had worked up quite an appetite and because it was chilly we wanted something to warm us up. Finishing our hike on Greig Road we walked down to Yau Man Street. We had heard that there was an unbeatable local congee (porridge) place with excellent milk tea and this sounded too good to pass up. 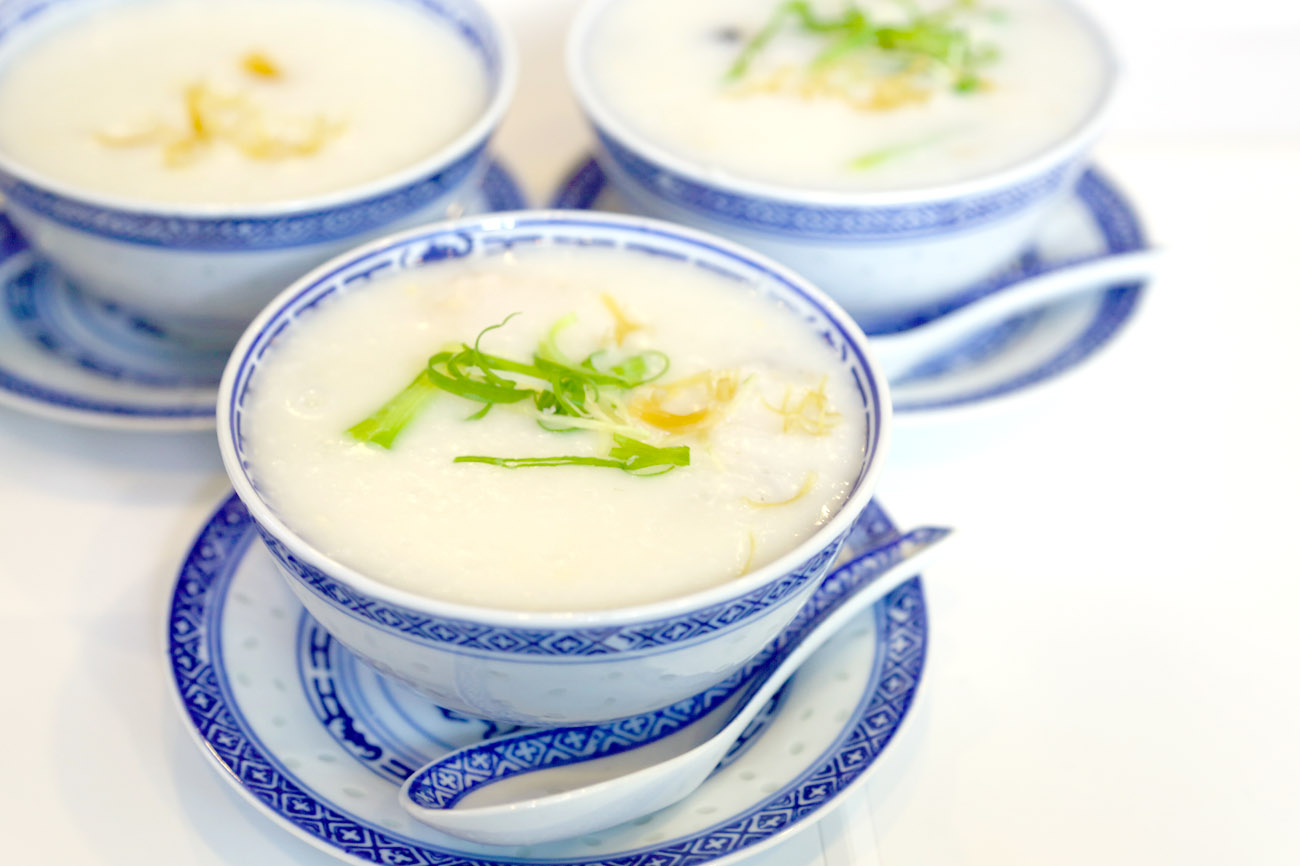 There is no English sign for Kam Fung as it is very local. The front entrance is brightly lit and stands out among other restaurants that look a bit run-down on Yau Man street. With long queues throughout the day, be prepared to wait. When we arrived at noon, we had to wait 30 minutes for a table because the place was packed. As we expected the inside was tight so we had to squeeze ourselves in with strangers around tables. The lady handling all of the take out orders and seating arrangements was full of energy and spoke a little English.

We ordered pork and beef congee, fish congee, two orders of rice dough wrapped donuts (tza leung) and milk tea for everyone, because we're all die hard nai cha fans. The congee had a creamy consistency and warmed us up instantly. The tza leung was crisp on the inside, but seemed to melt and become chewy when we dipped it into the congee (we were later told this is an unorthodox way to eat tza leung). The nai cha, which we ordered chilled, was thick, rich and unbelievably tasty. It gave us the caffeine boost we needed to momentarily overcome our food comas, pay the bill and hop onto the 722 express bus back to central, which we caught a block down on kings road.

Kam Fung fed us well with tza leung and piping hot congee, all for about a total of $80. The milk tea was among the best we've had in Hong Kong. Be sure to give this place a try when you're feeling like an adventure.

A food lover, artist and entrepreneur