True Edomae sushi in the middle of bustling Harbour City? We put our taste buds to the test at Sushi Tokami.

Feast for the gods: To dine at Sushi Tokami is like feasting among the gods. The aptly named restaurant, which, in Japanese, literally means “ten gods” speaks of the great respect the purveyor pays to his customers. There are only 10 seats in the original Ginzalocation, so that the chef can give full attention to his “ten gods”. A relative newcomer to the prestigious Edomae sushi scene in Tokyo, the original Sushi Tokami in glitzy Ginza opened its doors in 2013, and was promptly awarded a Michelin star within its first year. Although a young establishment, the founder, Mr. Yamaguchi, is the third generation successor of one of Japan’s most renowned tuna suppliers, Yamayuki’s Tuna. Yamayuki's, nestled in Tokyo’s famed Tsukiji market, has been supplying premium bluefin tuna to some of the most revered sushiyas in Japan and has a golden rolodex of clients such as Kyubey, Sushi Saito and Sushi Sawada.

The recent opening of Sushi Tokami in Harbour City is the brand’s first foray outside of Japan. At the helm of this new venture is head chef Satoshi Taga, who meticulously crafts each piece of sushi with the experience of over a decade of knowledge from some of Japan’s finest sushiyas. 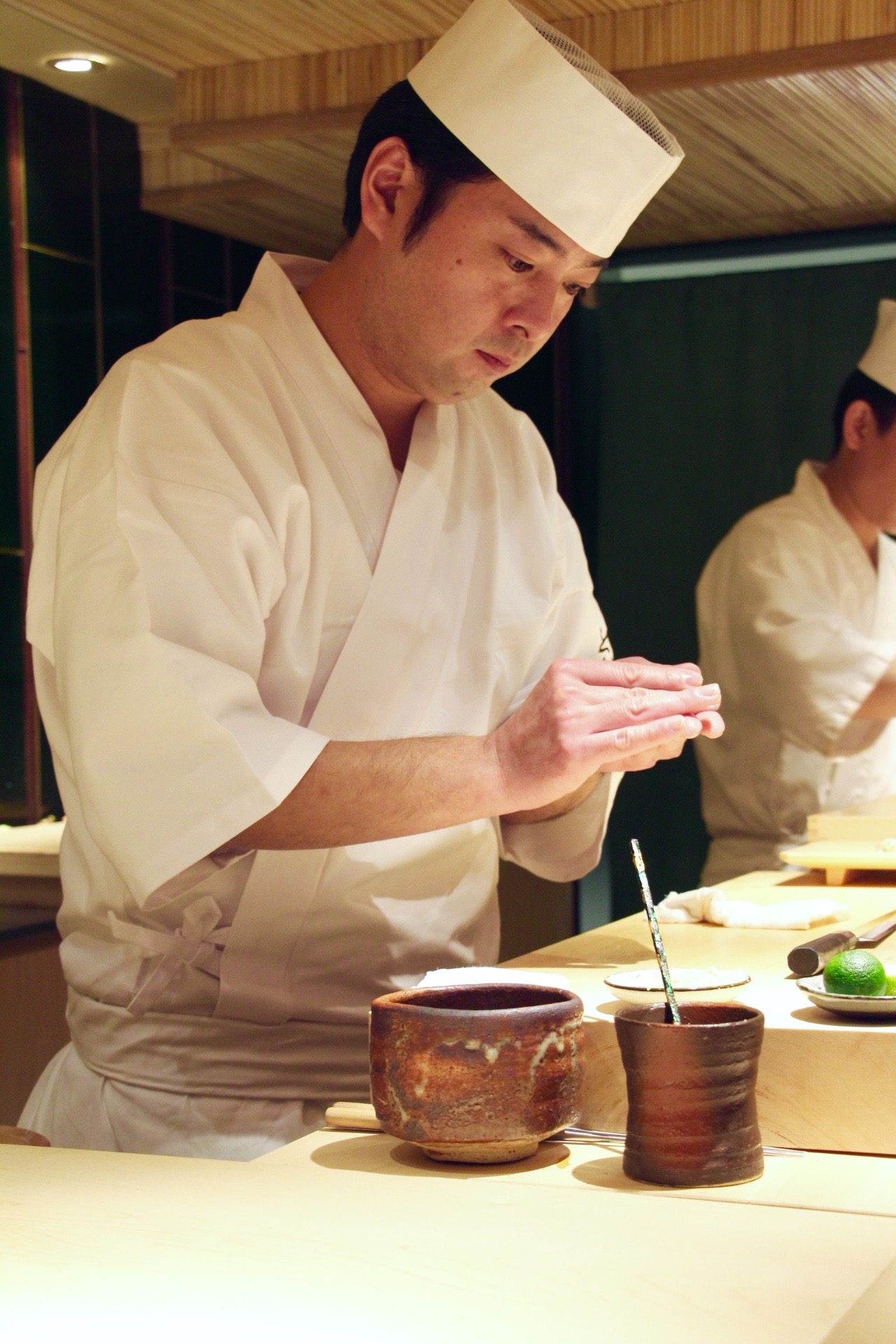 The best cuts: A gracious offering of Tokami’s signature maguro tossaki temaki, a buttery, robust tuna sashimi wrapped in rice and rolled in a crispy sheet of nori, welcomed us to our omakase meal. Although chu-toro and o-toro (fatty tuna belly) are often the stars of a sushi meal, it is the “maguro” or lean cut of tuna that truly showcases the quality of the fish. The “tossaki”, a prized cut near the head of the tuna, is flavorful, and was the perfect accompaniment to the signature tanada-mai rice, seasoned with red vinegar. This particular type of rice hails from the mountains of Niigata, and is rich in minerals. The red vinegar, which is fermented using natural sake yeast, adds depth and savoriness, rather than sweetness, to the rice.

Following this epic start, we moved on to tender sweet tako (octopus), stewed with turnip. The abalone, steamed for hours until almost fork tender, retained just the right consistency and came dipped in abalone liver sauce brimming with umami notes. However, the liver sauce was not as smooth and creamy as the iconic version from revered Sushi Shikon. 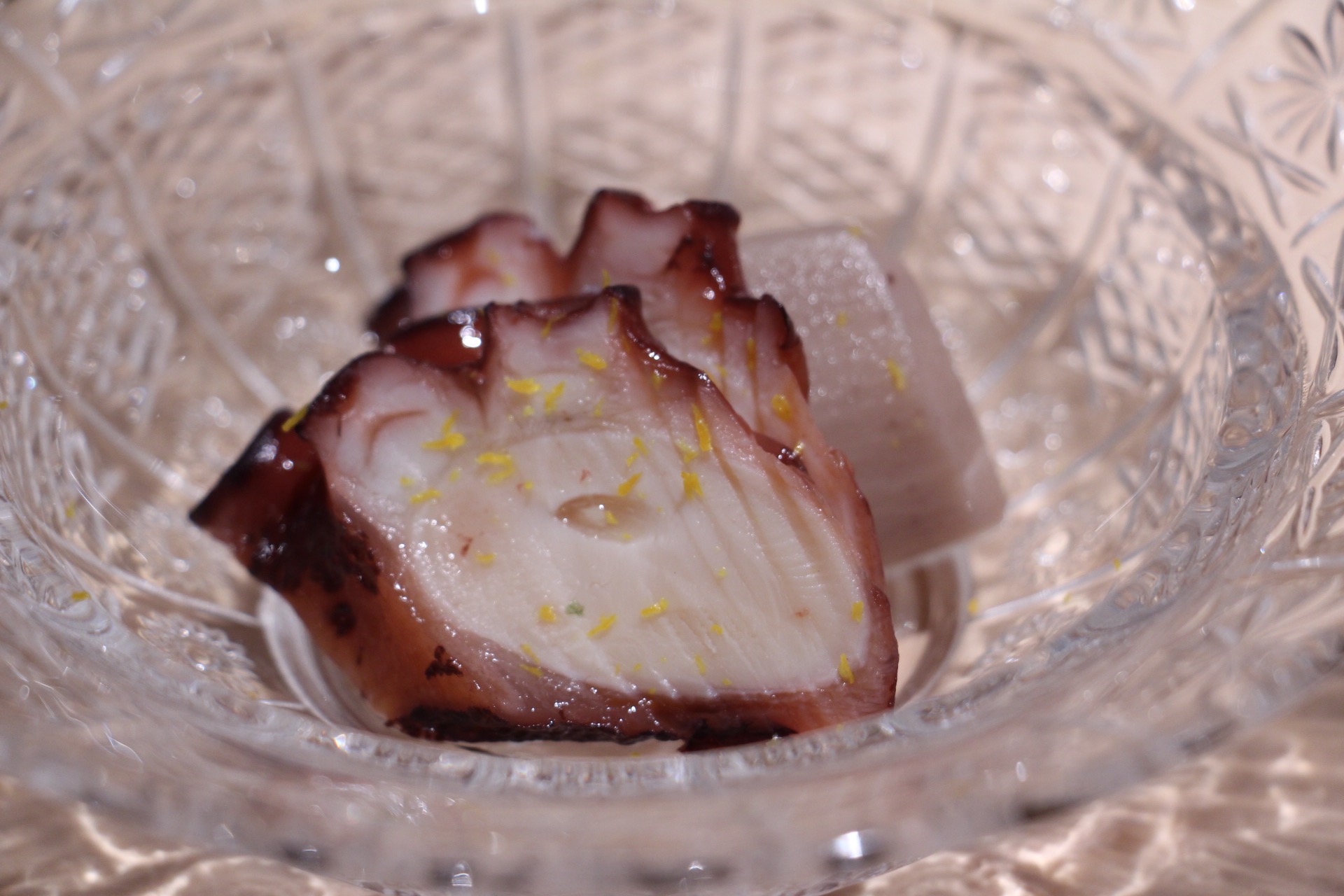 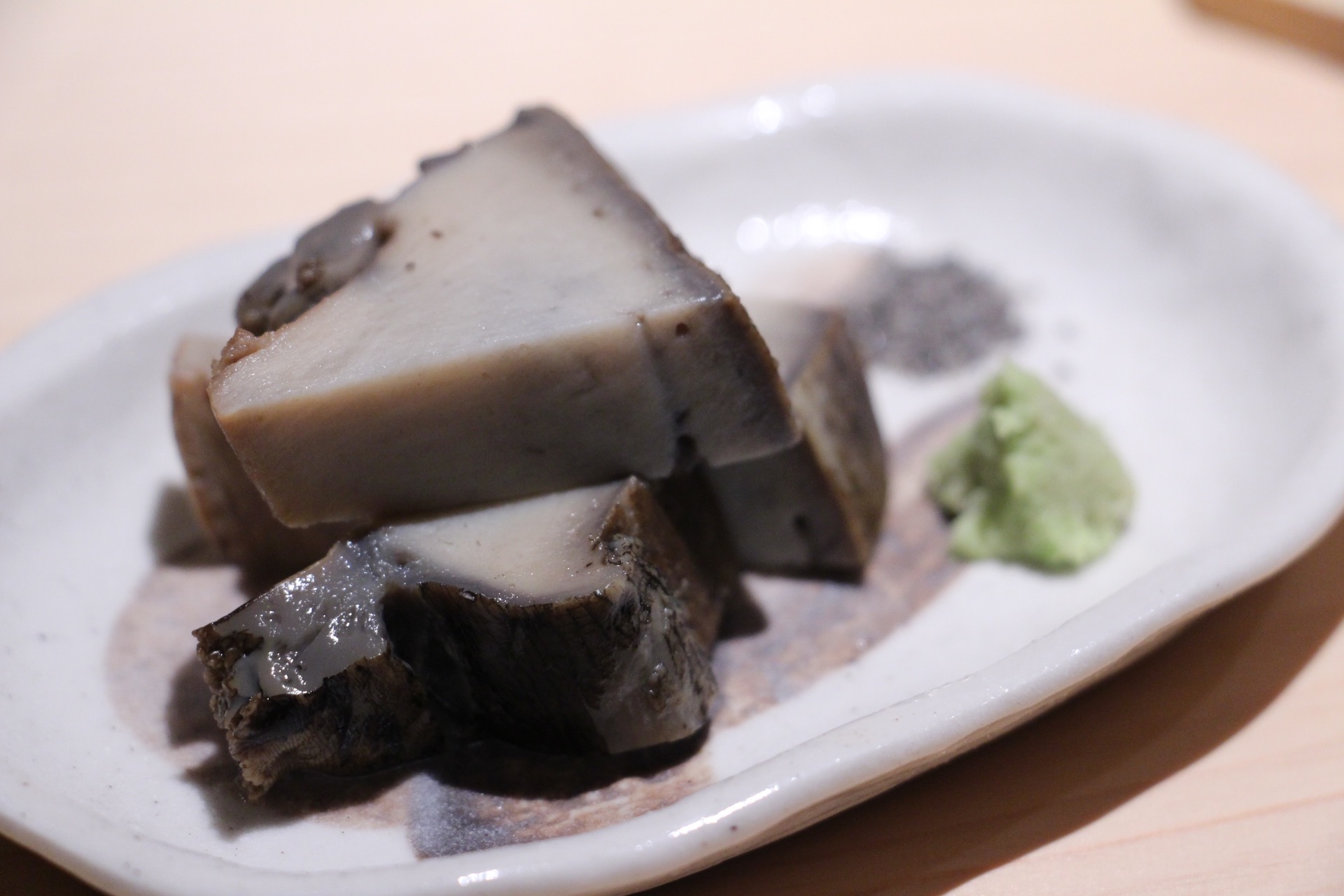 We meandered through delicious morsels of amberjack, cuttlefish, and mackerelsushi before arriving at the three grades of tuna, starting at the leanest maguro and progressing to the o-toro. Each cut was sublime, with our favorite being the chu-toro (medium fatty tuna), which had just the right balance of fat and protein. The savory depth of the red vinegar rice helped cut through the richness of the fish, leaving a clean aftertaste that left us craving for more.

A selection of tiger prawn, blackthroat seaperch and anago (sea eel) sushi followed, concluding with the crowd-pleasing sea urchin. The cake-like sweet tamago ended our meal on a sweet note, although Tokami’s version is more dense and wet than those of other high-end sushiyas. The tamago had the consistency of cheesecake rather than cake, and although different from our expectation, was nevertheless delicious. A rich tuna bone collagen soup, slow simmered from the tendons of the “tossaki”, revitalised our palates. 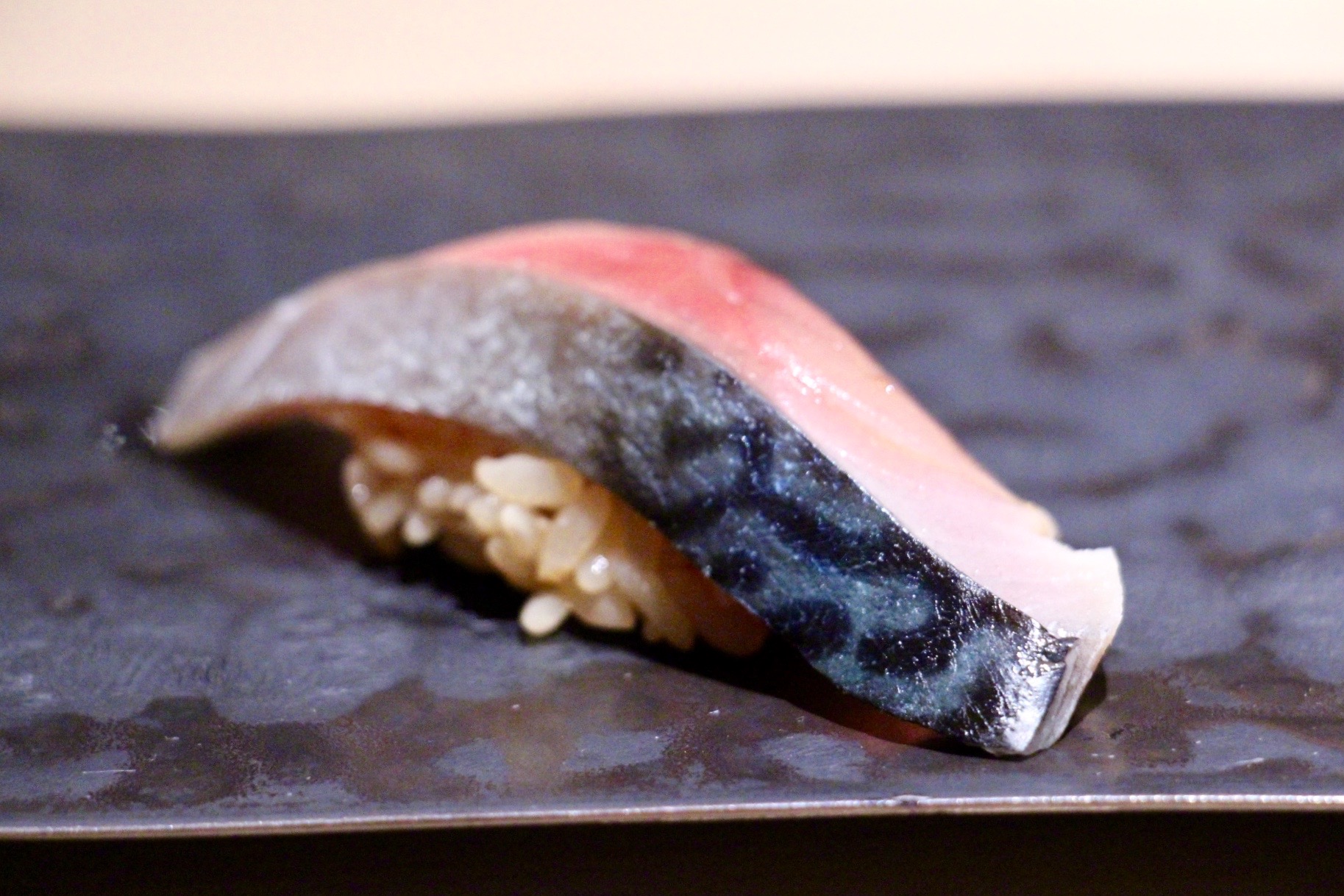 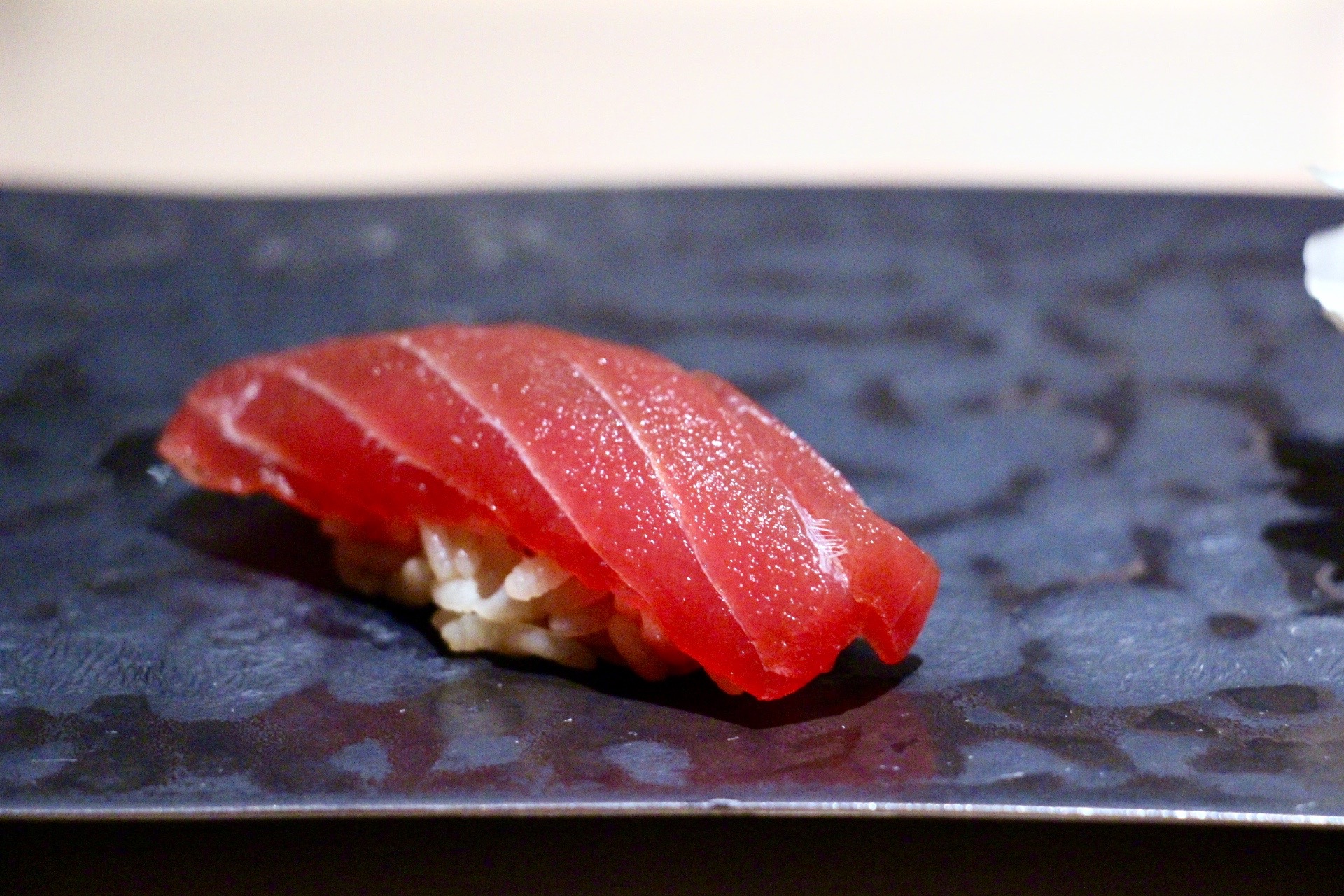 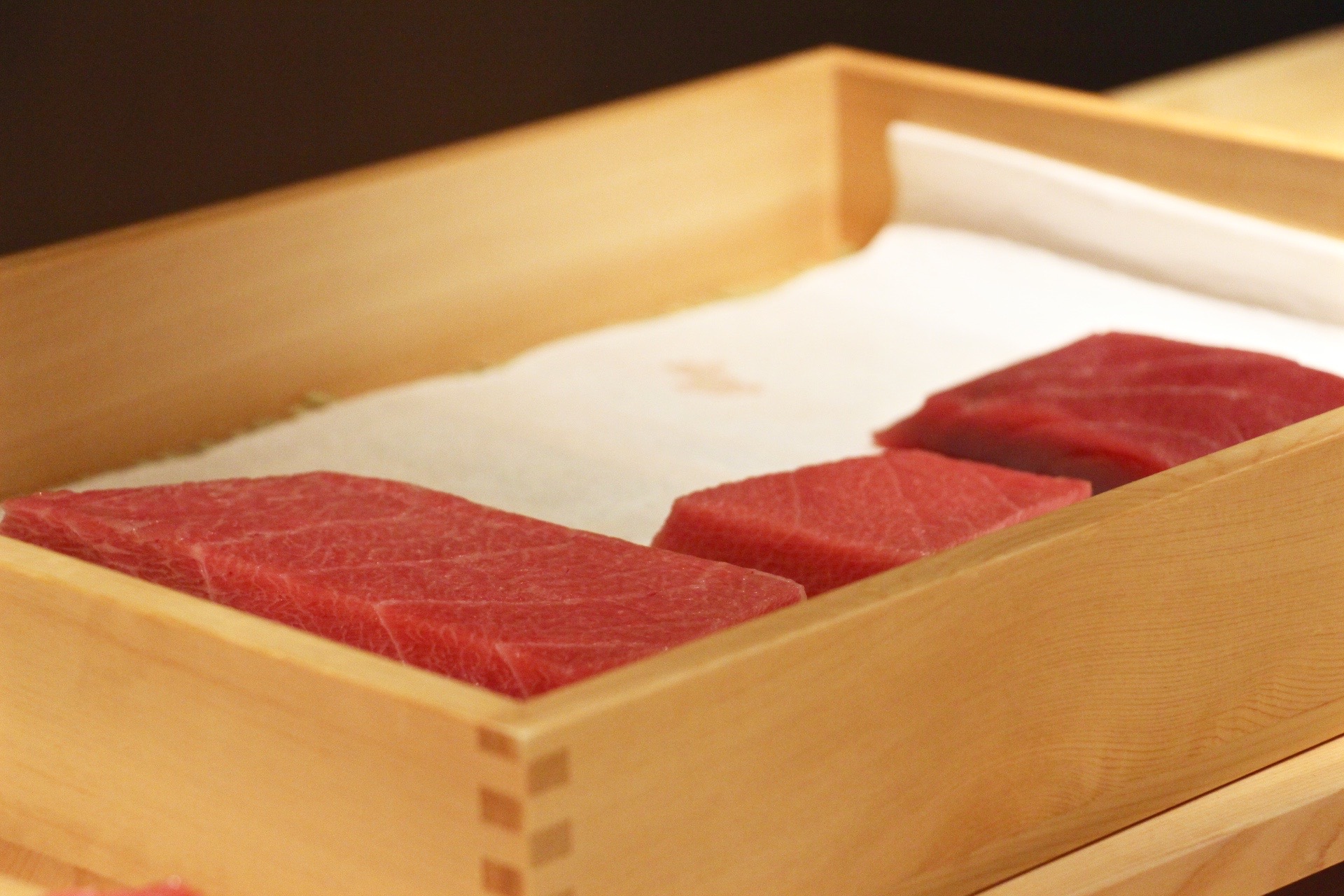 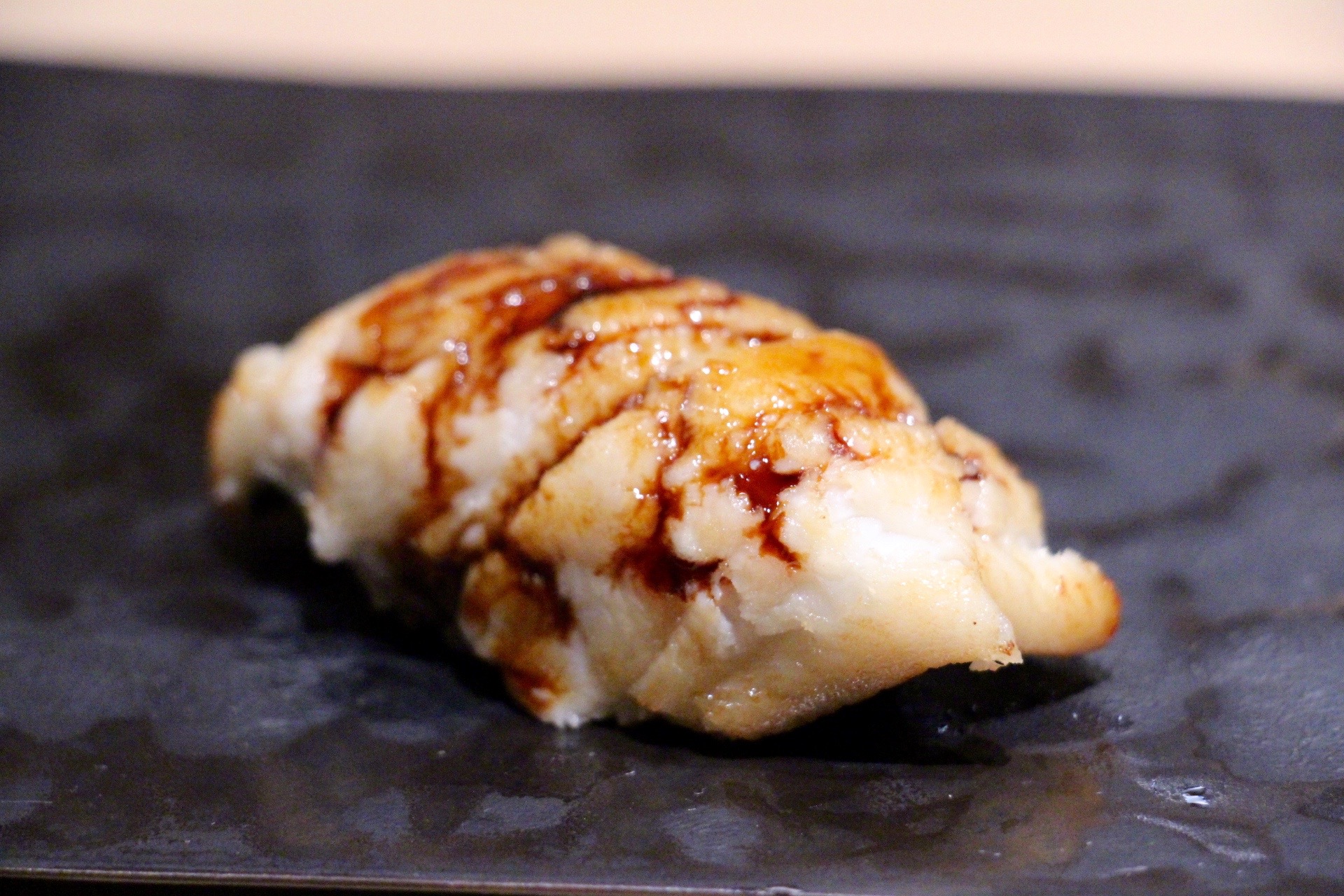 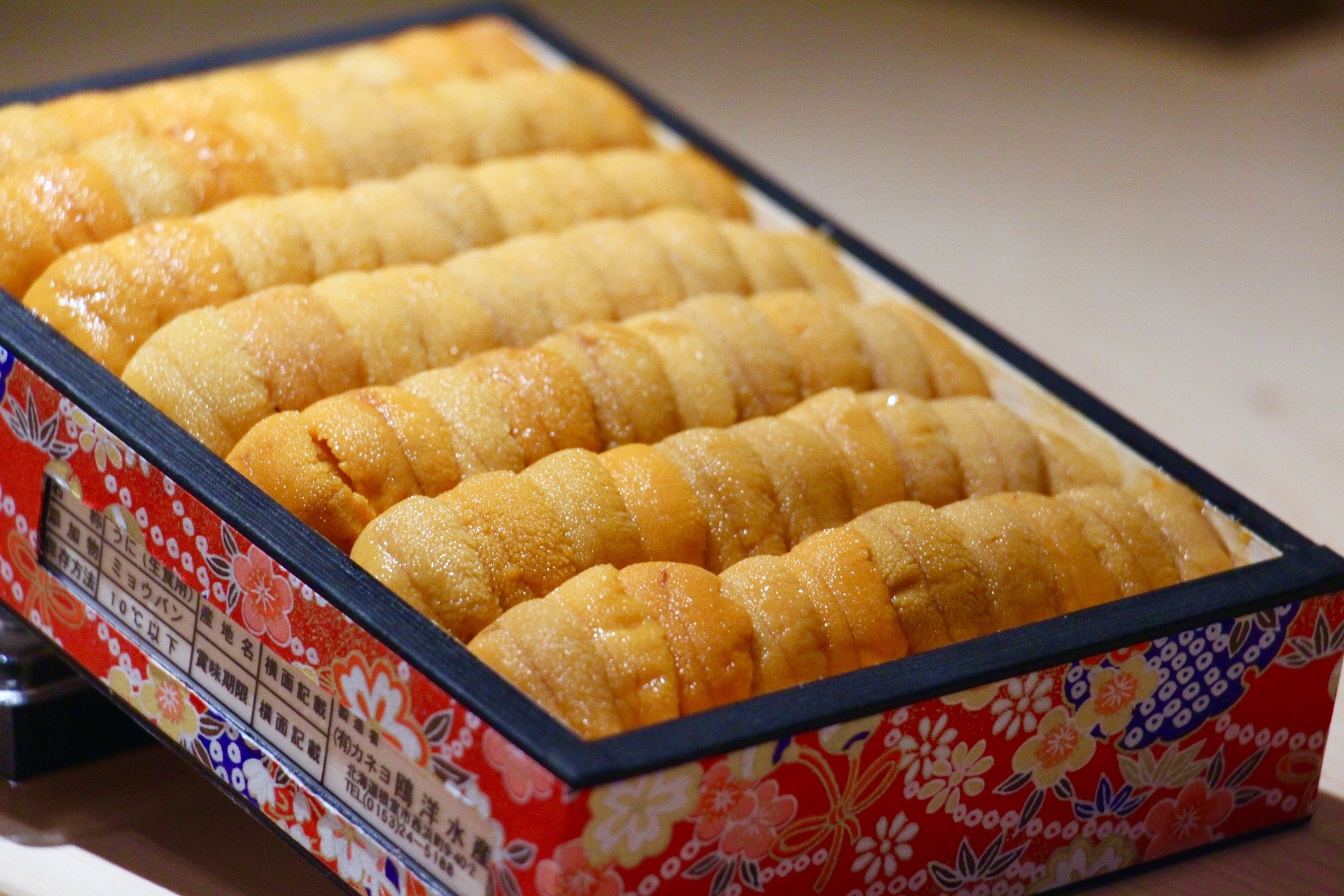 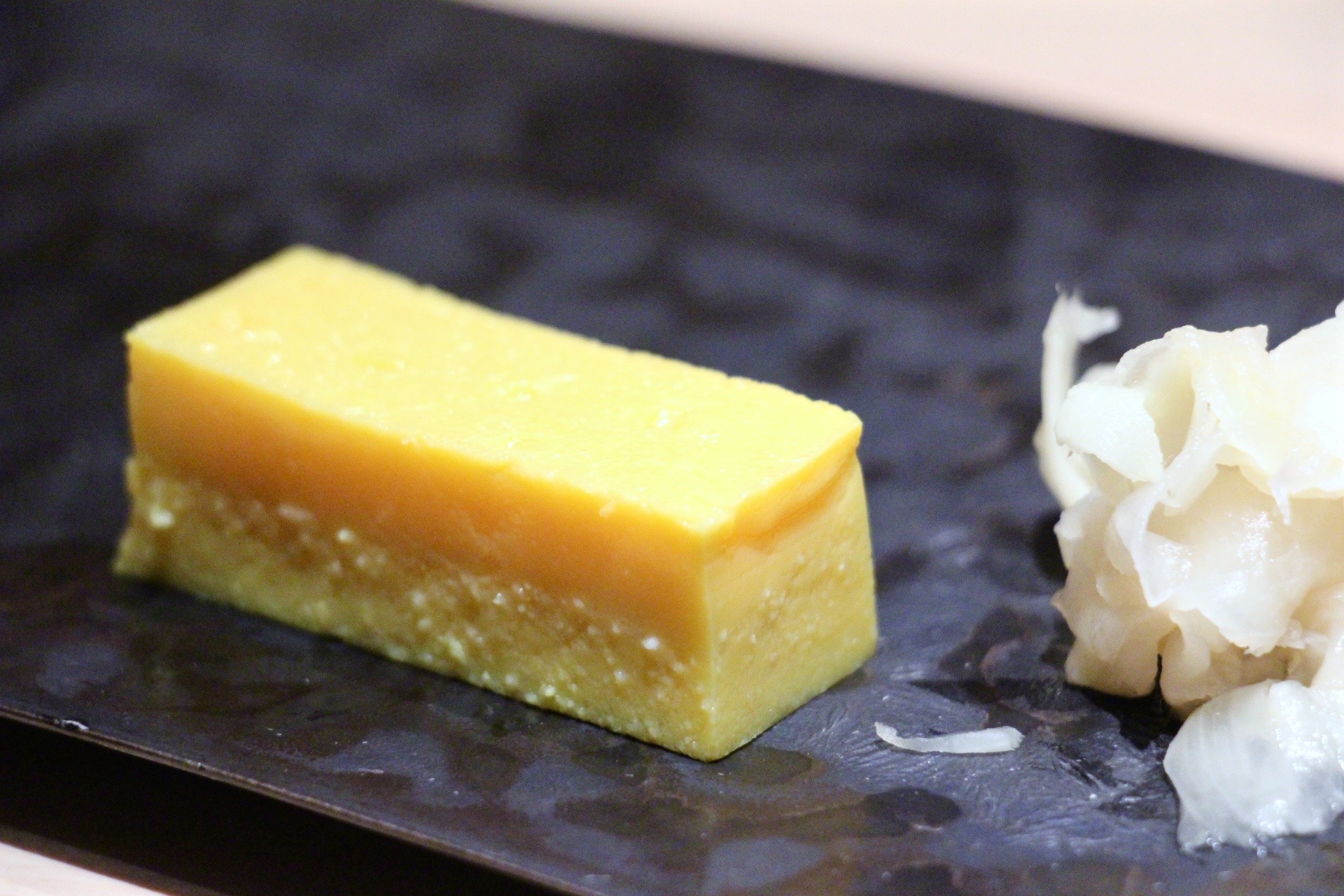 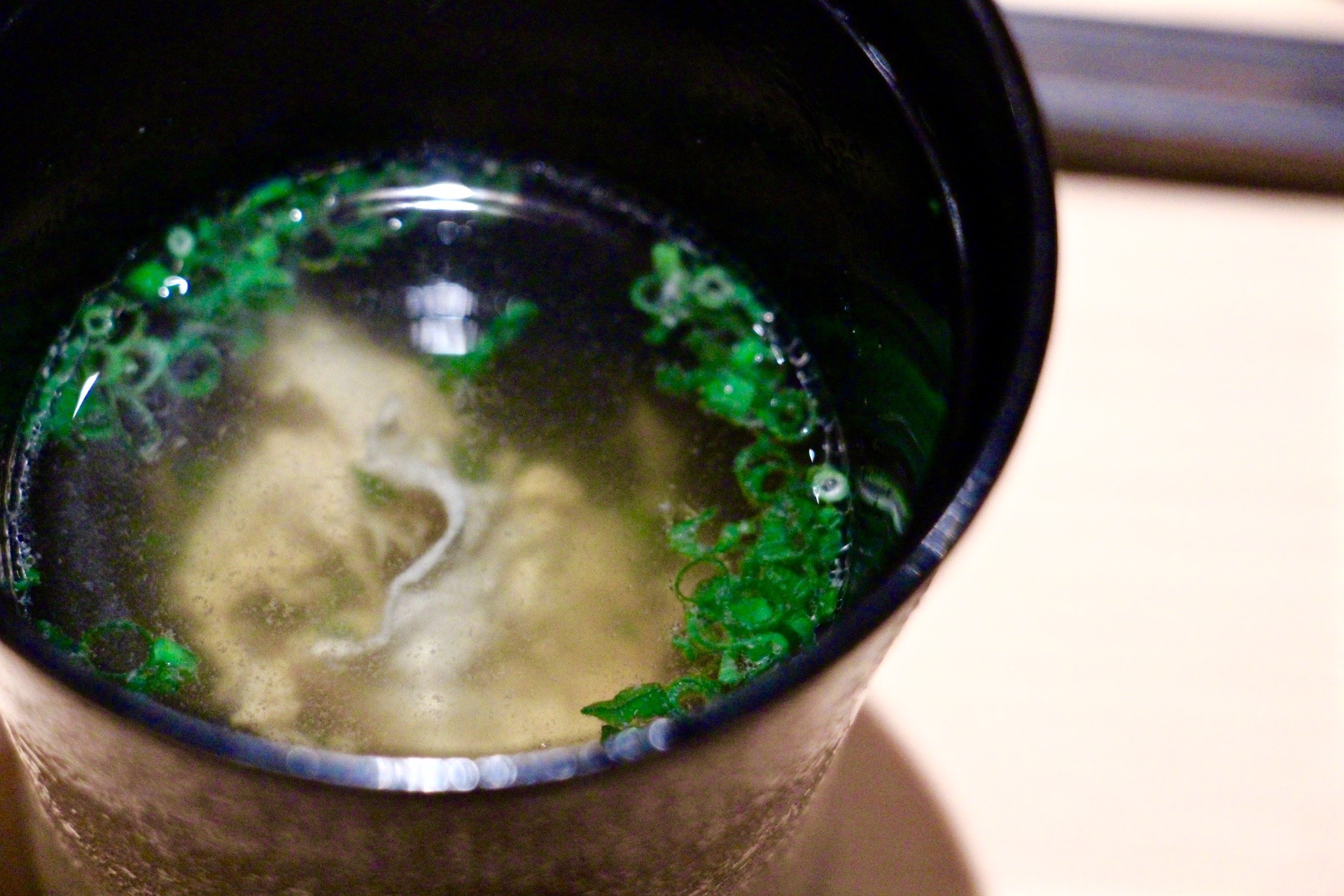 Verdict: A treat for the senses, serving exclusively omakase meals ranging from $600 to $2000. The quality ingredients and meticulous attention to detail reminded us of the great sushiyas of Kyoto and Tokyo. Despite its location in chaotic Harbour City, the venue is tucked away in a secluded corner, making it the ideal decadent culinary escape for any sushi lover worth his salt...or shoyu.