Legend says that once the Greek philosopher, Aristotle, came across a new facet of logic that even he couldn’t fathom. On the 131st day of his quest to solve the mystery, he wandered around the streets of Athens and was offered a scoop of lime cheesecake ice cream topped with chocolate chips and a pineapple bun. 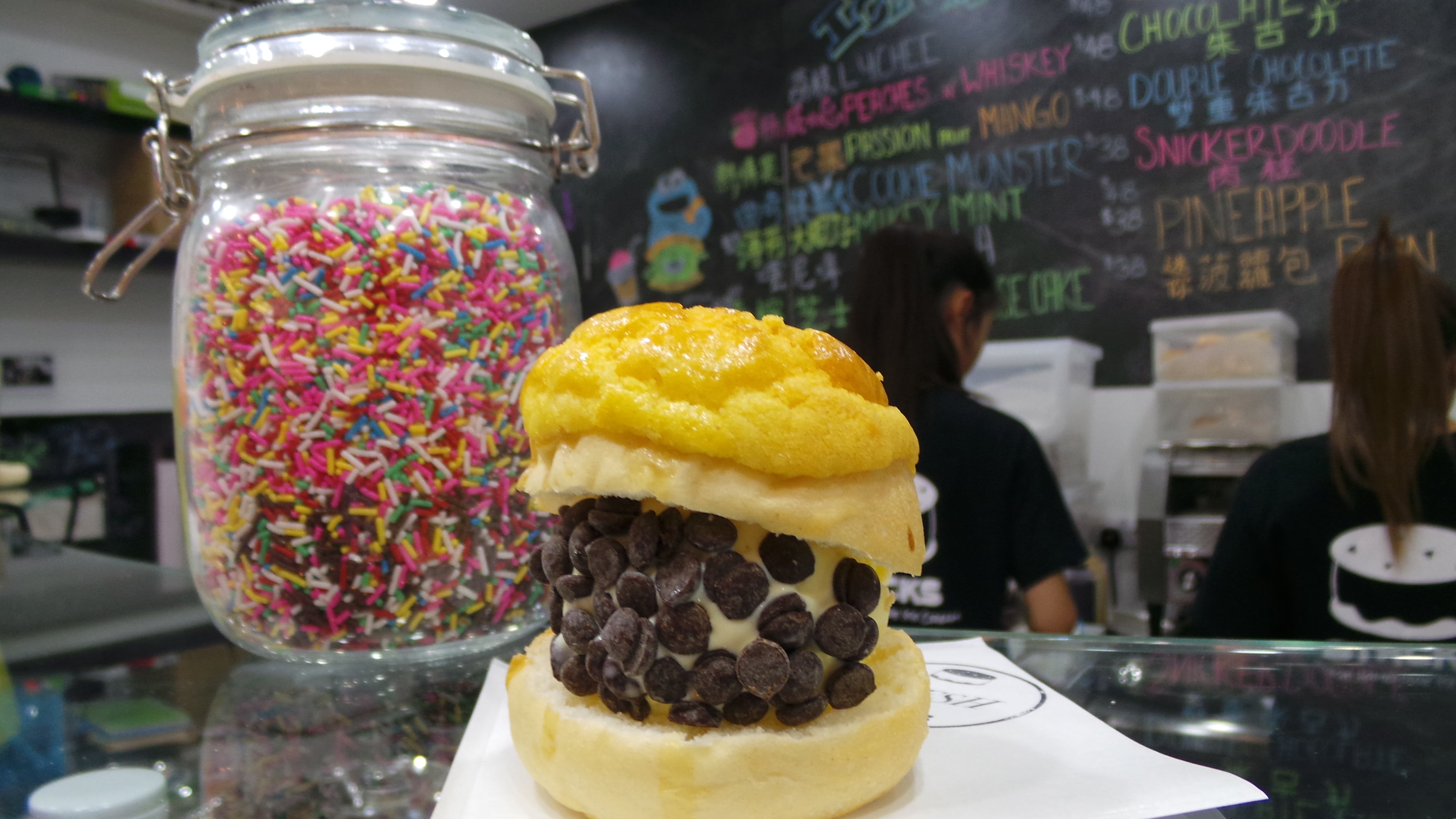 Frustrated, hangry and perhaps just downright lazy, he decided to split the pineapple bun into two halves and stuff the ice cream in the middle, much like a sandwich. He took a bite out of the ice cream sandwich and was thoroughly amazed. The hot bun was soft, fluff, sweet and coupled great with the citrusy kick of the lime and the dense texture of the cheesecake ice cream while the chocolate chips provided an extra layer of crunchiness. The warm sensation followed by the brain freeze led to a eureka moment and resulted in what is known today as Aristotelian logic. 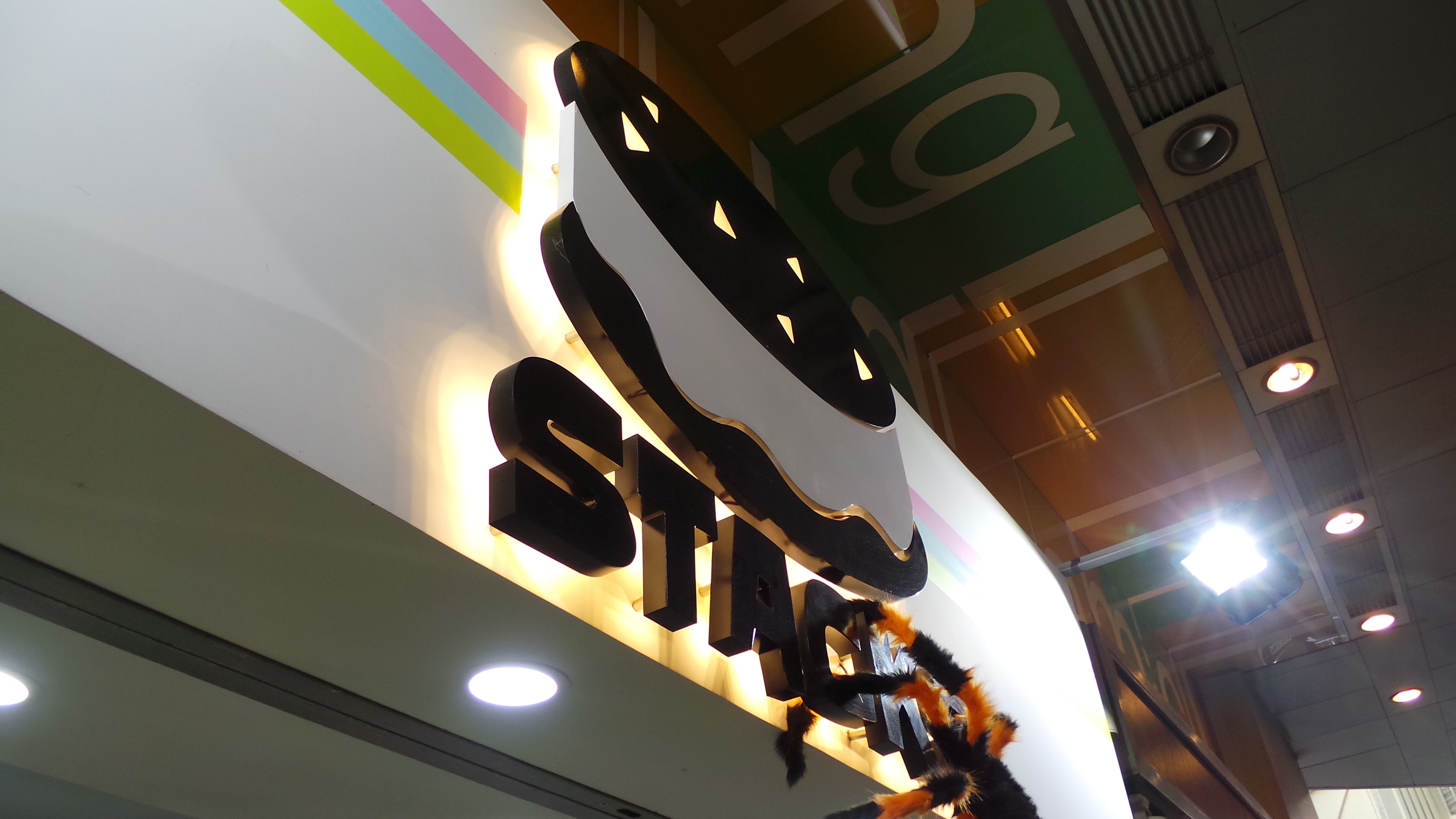 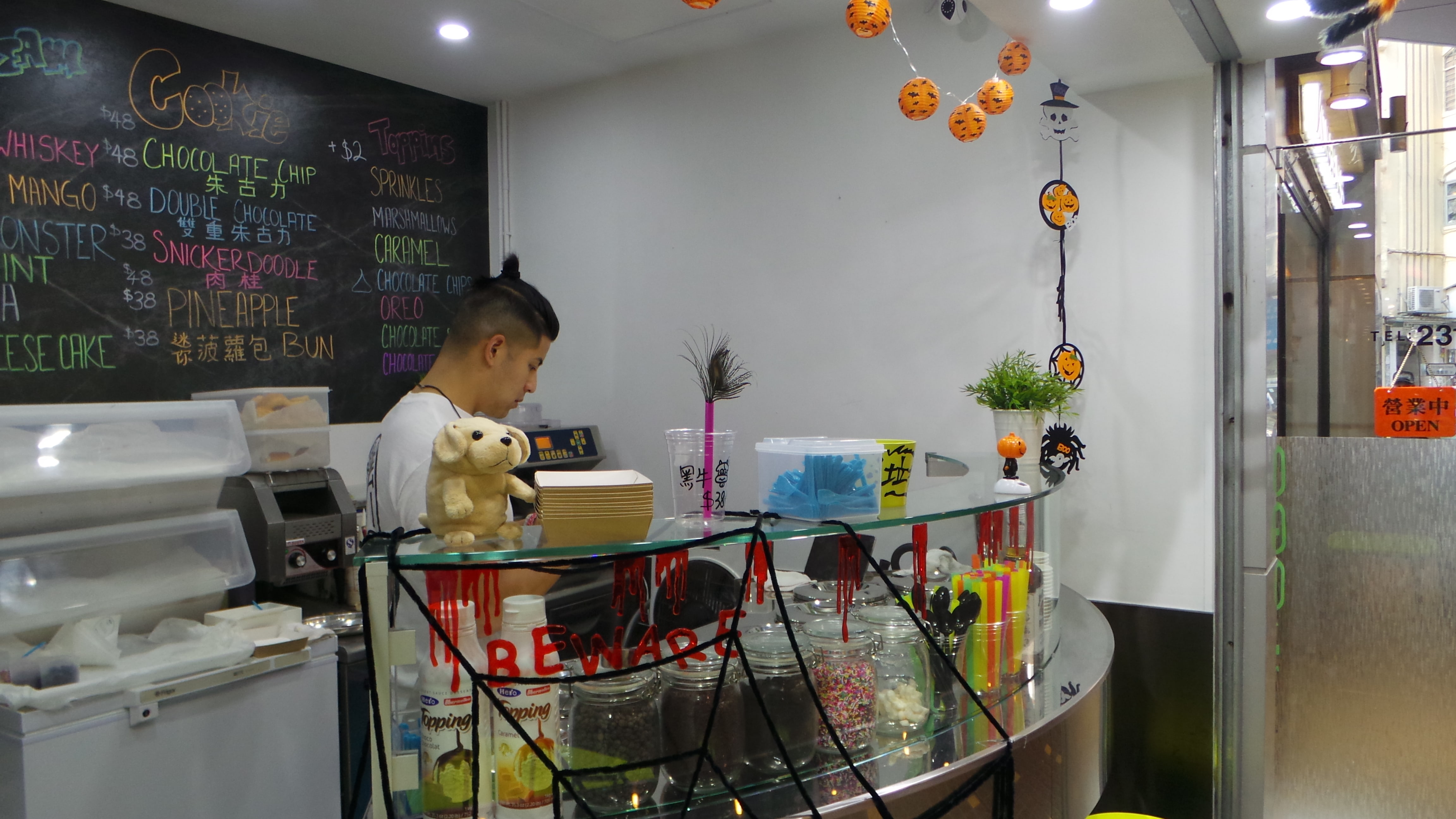 Since its opening in July, Stacks has earned rave reviews from locals for its ice cream sandwiches that are a feast for both the eyes and the stomach. Their ice creams are homemade daily with natural ingredients and their flavours change monthly. When we visited in October, they were offering flavours such as Peaches N’ Whisky ($48), Cookie Monster ($38), Milkey Mint ($48) and Lime Cheesecake ($38) among others. They also had a Passion Fruit sorbet ($48) option for the sweet-toothed yet health-conscious individual.

Those who are involved in the local media might also find themselves a familiar face. The owner of Stacks makes frequent appearances on local television and is more notably known for his participation in Mr. Hong Kong or as the host of food reality show “Master So Food”. Raised in the States, he was accustomed to having ice cream sandwich parlours on every corner of the street and conceived the idea of opening one after discovering that they are quite rare in Hong Kong. A clear indication of his keen passion, he personally mans the store regularly and is also the chief ice cream chef, with plans to develop bigger and bolder flavours such as chicken skin (yep you heard us).

Customers have the option of going the traditional route and choosing between a few flavours of cookies such as Double Chocolate and Snicker Doodle, or opt for the Hong Kong signature pineapple bun instead (which we highly recommend). For an additional $2, you will also get to add in toppings like marshmallows, chocolate sticks or oreos for that extra flavour and texture. 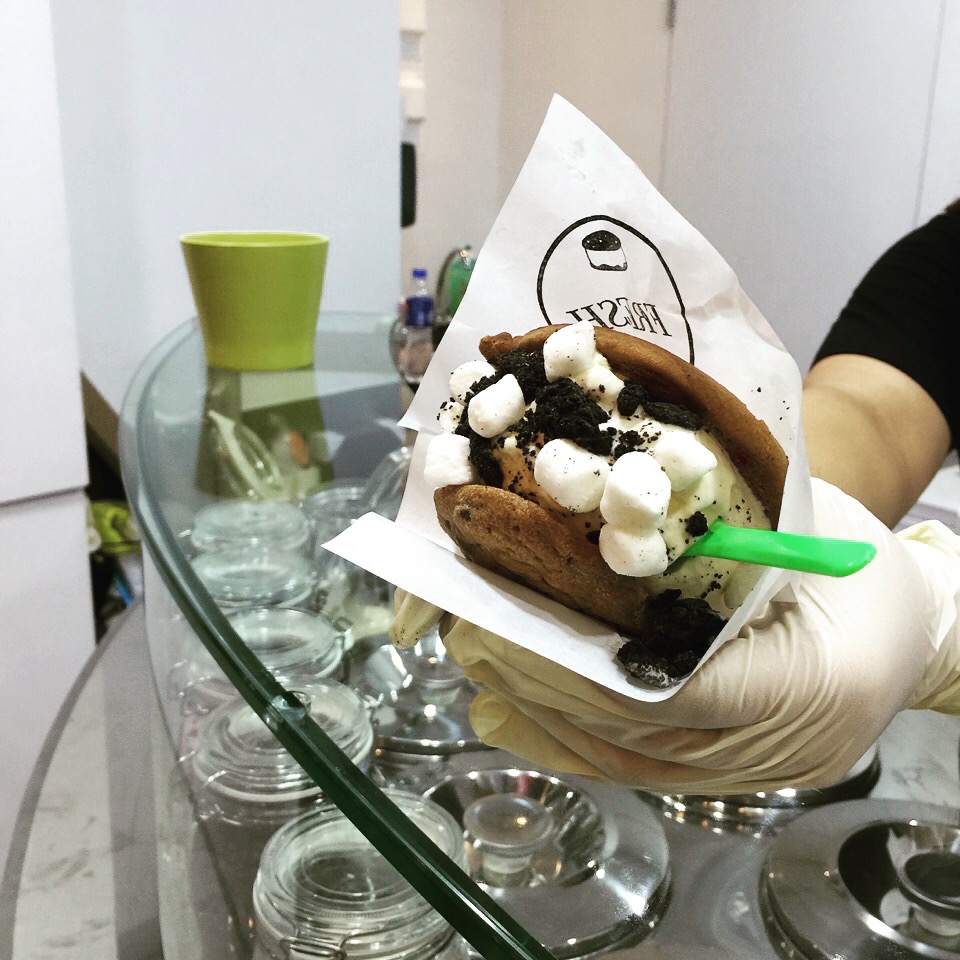 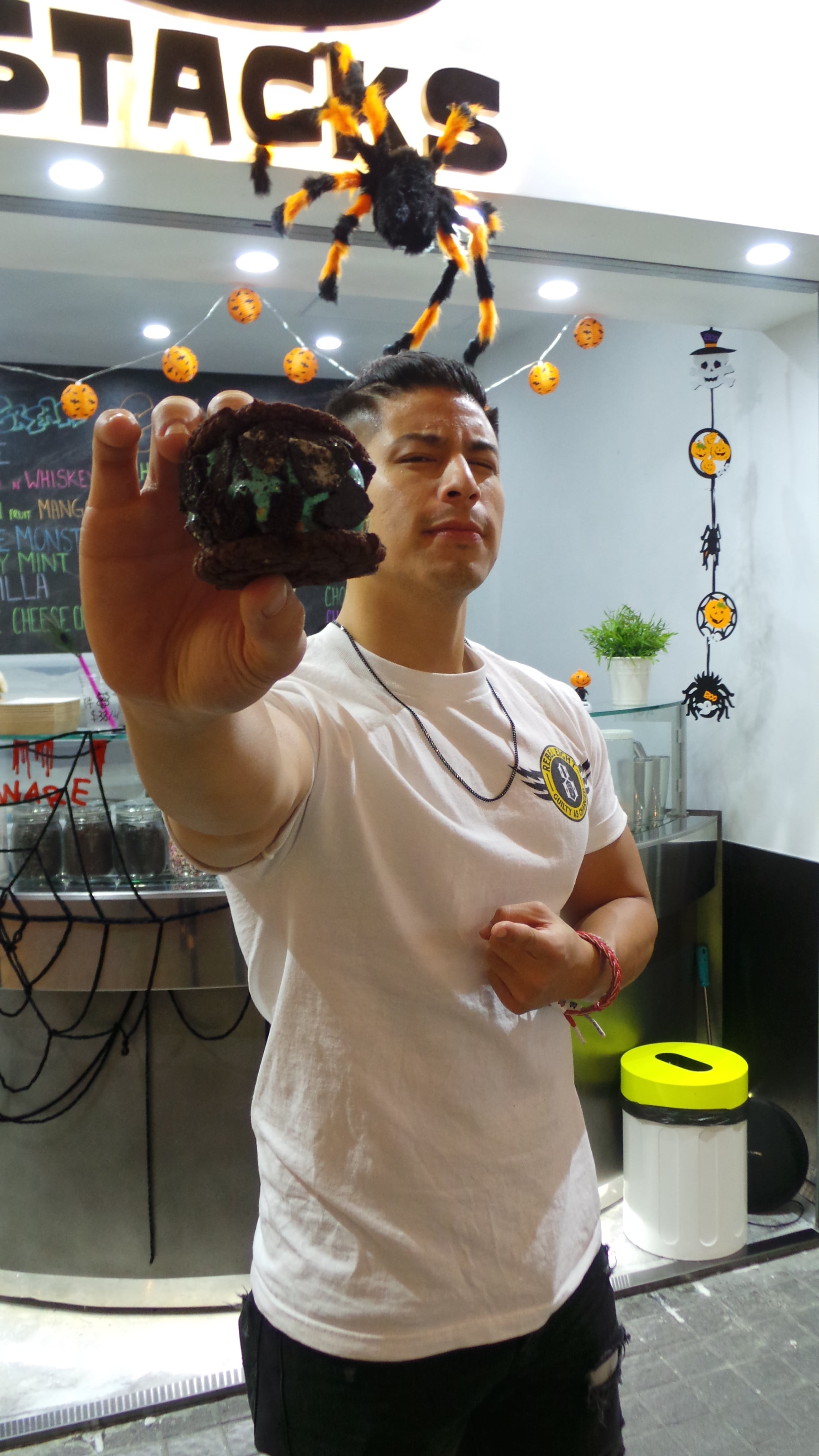 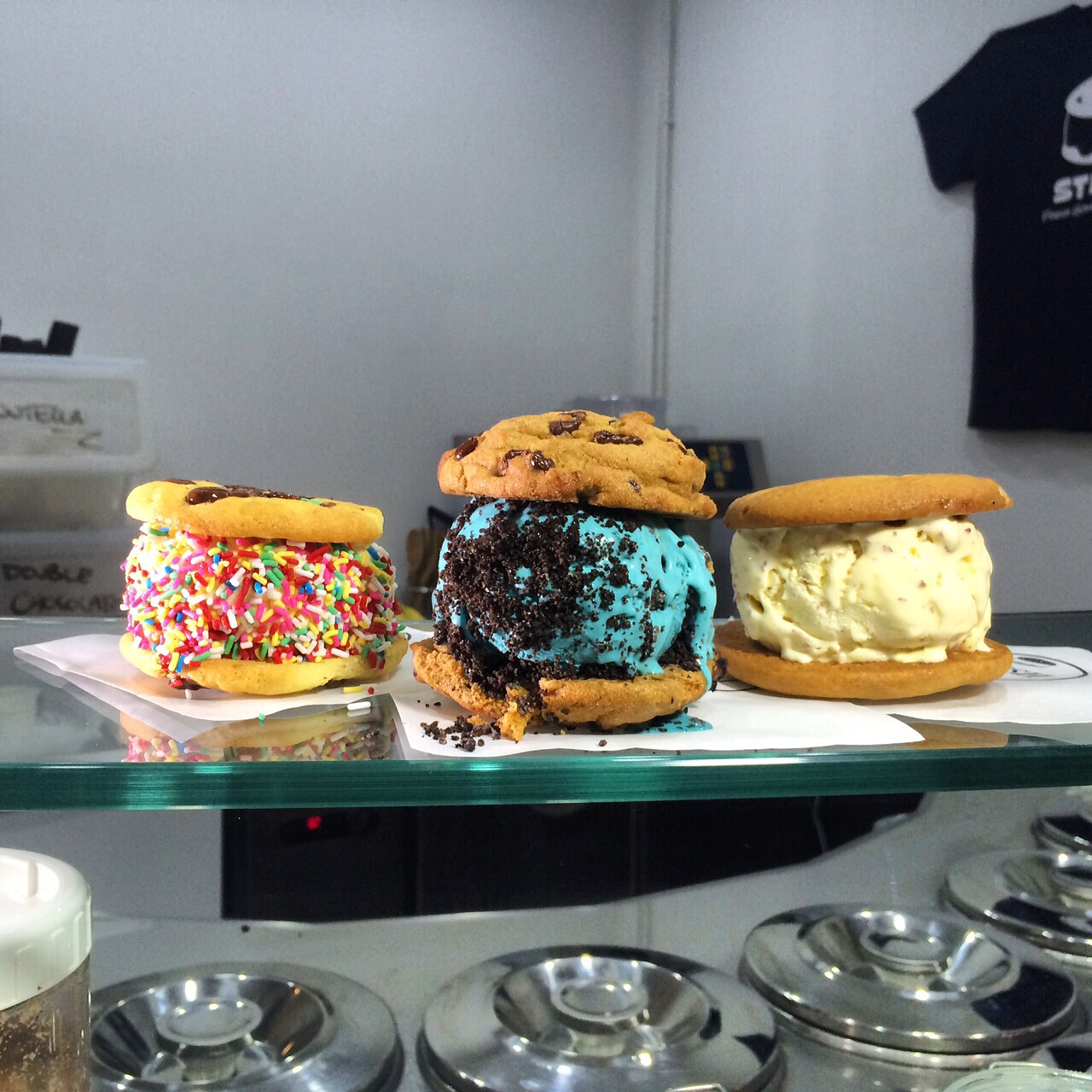 While we absolutely applaud the increasingly health-centered mentality that Hong Kong people are adopting in recent years, there’s just something about the nostalgic nature and the instant gratification brought that makes ice cream impossible to be replaced by it’s healthier counterparts. Sandwich that between firm, pliable cookies or soft, fluffy pineapple buns, and you have the perfect antidote to counter any gloomy day. So head down to Stacks, let your inner child run free and don't forget to order the pineapple bun to add that extra dose of Hong Kong sentiment.

*Note that this is a takeout store.