Up your xiao long bao game this summer

Making it is an engineering challenge on its own. Having to strike a balance between the thinness of it's wrapping while ensuring it's tensile enough to withstand the pressure of its fillings is formidable even to the most experienced physicians. Don't forget the folding too; most chefs fold xiao long baos with at least 18 delicate folds twirled to create a topknot, all done with surgical precision.

This phenomenal food is so incredibly delicious that most people in Hong Kong find a Shanghainese meal incomplete without the famous soup dumpling. Despite it being immensely popular, oddly enough, it's not a dish that is often experimented with, as opposed to many other popular dishes that are subject to constant innovations. 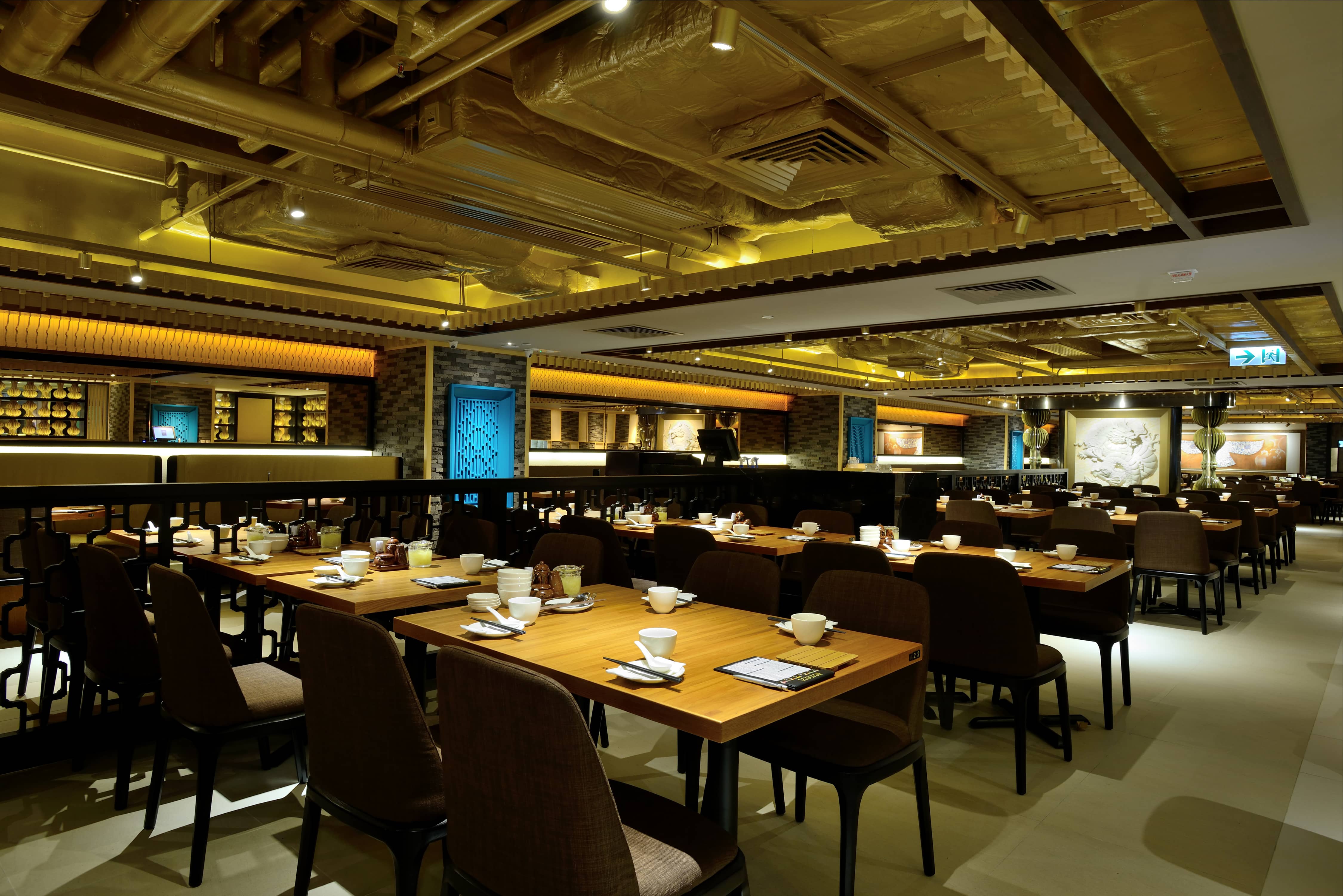 Not anymore though. Hailing from Singapore, Paradise Dynasty has branches spanning across 15 different cities in Asia, and has a knack for making innovative flavoured xiao long baos. Their Specialty Dynasty Xiao Long Bao showcases seven different unique flavours on top of the original one (garlic, crab roe, cheese, szechuan, black truffle, foie gras and ginseng). Garlic and cheese stood out above the rest, but none of the flavours tasted out of place despite sounding peculiar. That said, we wouldn't say they were particularly impressive either, perhaps we're just old school but we thought they paled slightly in comparison with the classic variation. 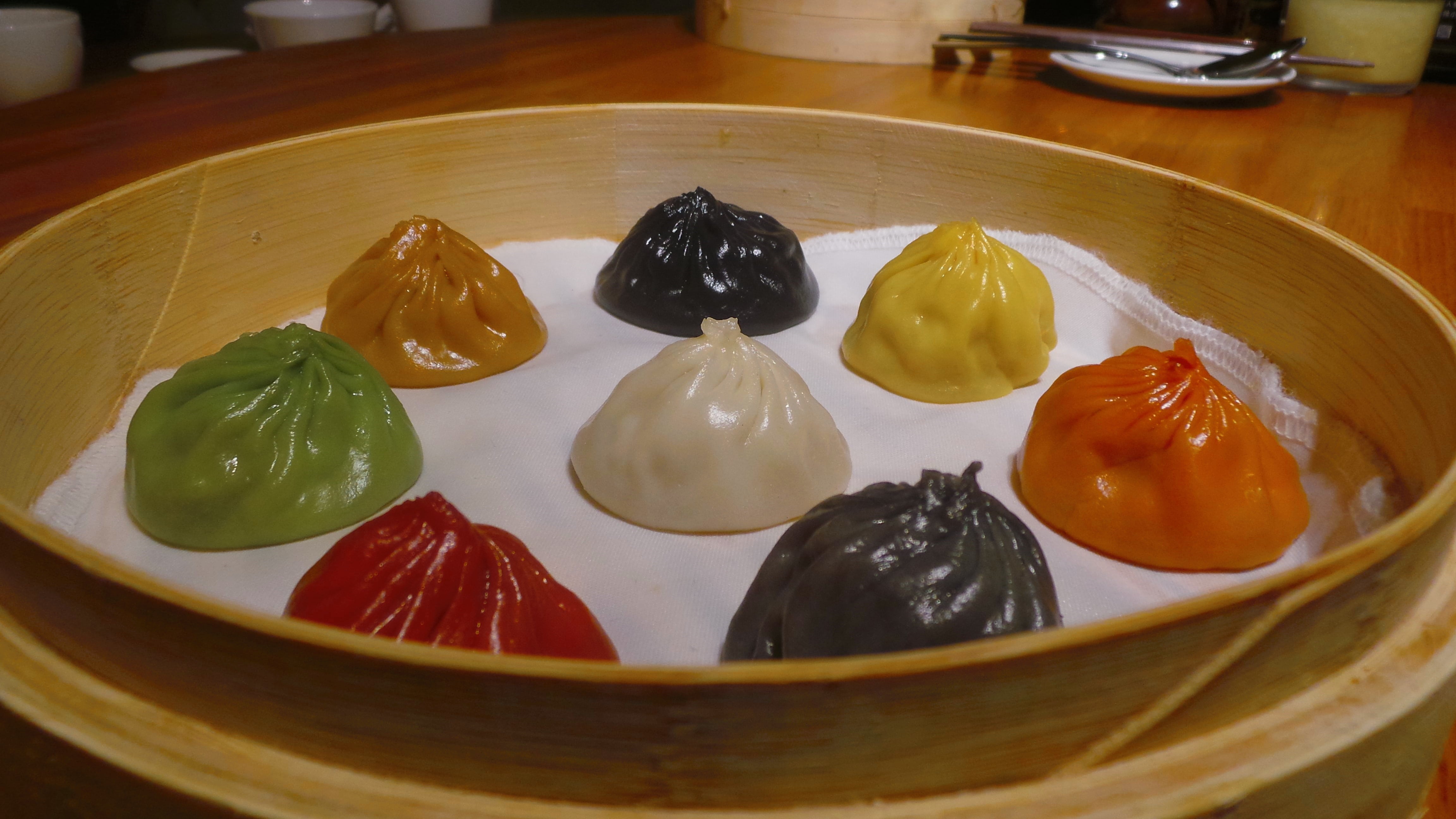 Their greatest invention, in our opnion, was the HK Flavour Xiao Long Bao- Fried Crab in Typhoon Shelter Style which they've come up with specifically catered to Hong Kong people. The red and yellow hued xiao long bao is incredibly pungent, starting with a wave of garlic flavour and then followed by a more subtle kick of spice. 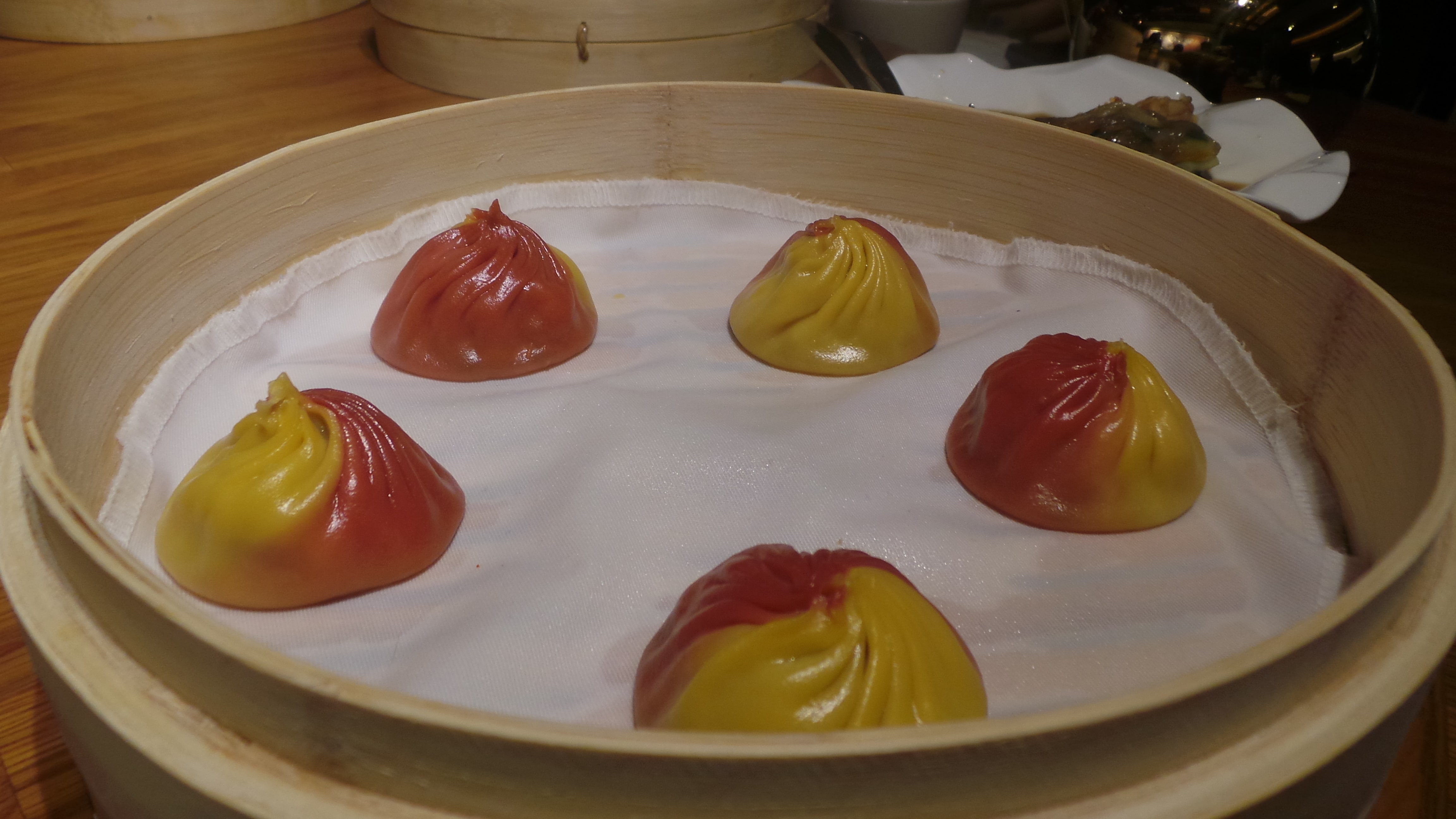 To end the meal on a sweet note, be sure to try their Durian Xiao Long Bao too (because, why not?).  As an ardent lover of the king of fruits, I would have preferred having the durian filling on its own (durian heated up tastes surprisingly delicious) and having it wrapped in dough felt redundant and to a certain extent subdued its flavour. But another diner who's less fond of the tropical fruit said otherwise and actually found the combination more appetizing with the less overpowering durian flavour.

Apart from xiao long bao, the restaurant also houses a range of other delectable dishes that are very well executed. The Grilled Mandarin Fish with Tofu in Ma Po Style was an interesting combination that was surprisingly compatible, and was a lighter variation of the typical Ma Po Tofu. 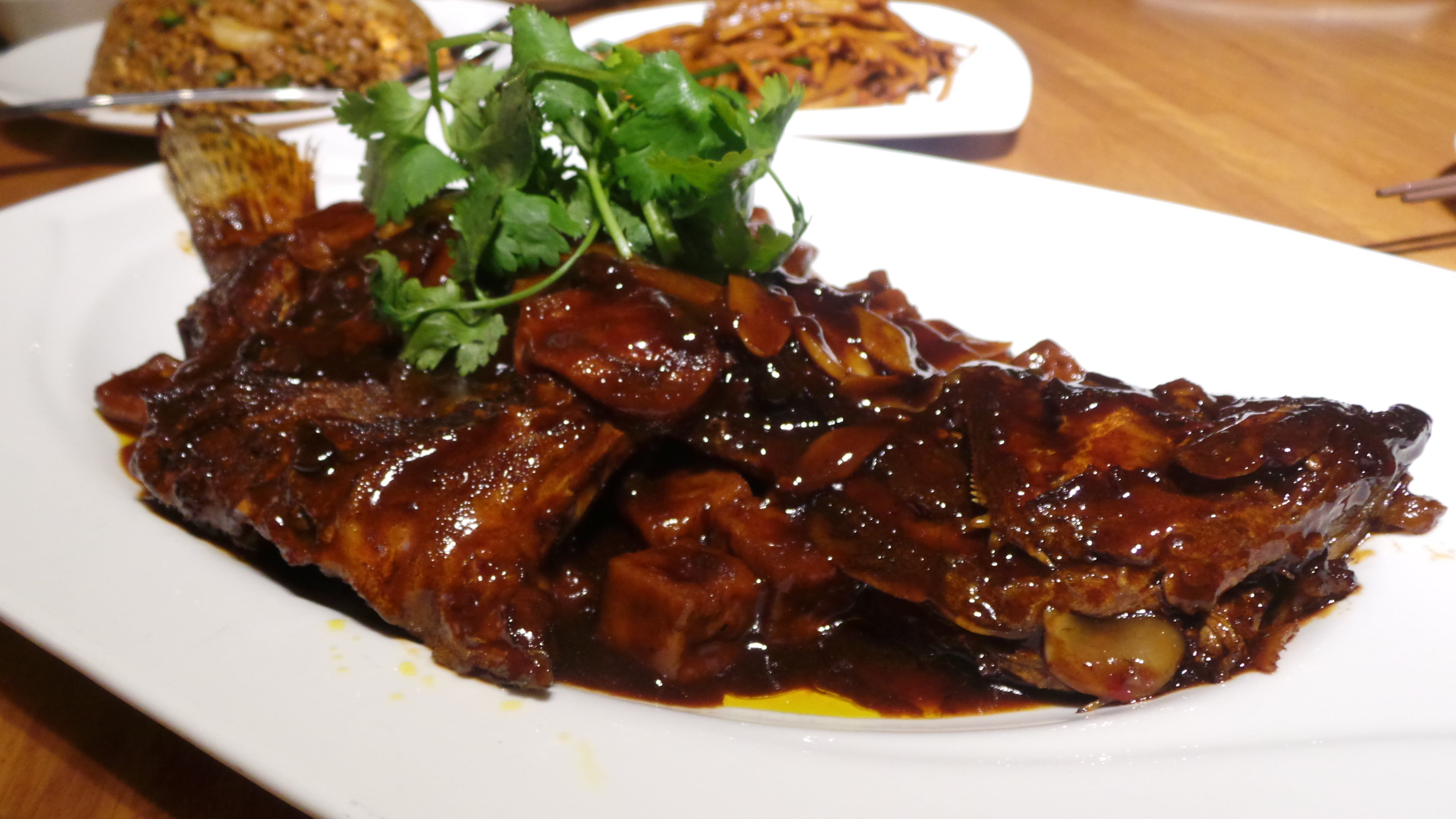 The Shanghai Style Braised Pork Belly was tender but didn't taste fatty and thoroughly absorbed the aromatic sauce. The Steamed Glutinous Rice Stuffed in Red Dates was incredibly refreshing and a great summer treat, with the glutinous rice giving it a nice chewy texture. 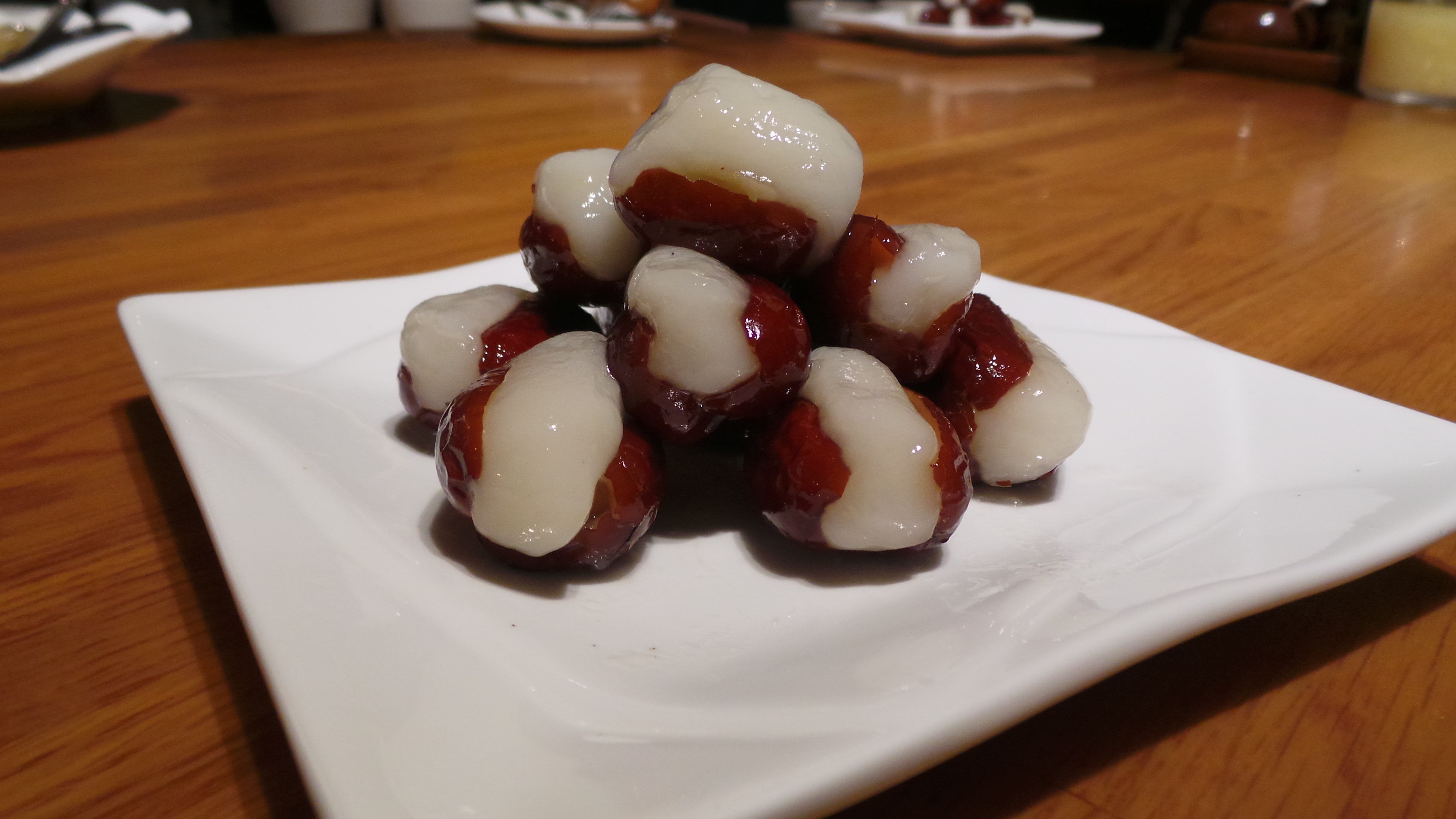 A great and economical option for xiao long bao lovers who are also adventurous. We prefer the classic no-fuss xiao long bao, but we won't be surprised if we were to find plenty that fall head over heels for these new variations too. If xiao long bao isn't your cup of tea, their other dishes still warrant a visit.

Think you know how to eat xiao long bao the right way? Most likely not. Next time you have xiao long bao, follow this scrupulous 5 step process.

Step 1: Put soy sauce and vinegar into the ginger dish in that order in the ratio of 1:3.

Step 2: Take a piece of xiao long bao (a good way would be to hold it at the topknot to avoid breaking it) and dip lightly in the sauce.

Step 3: Place the xiao long bao in the spoon and poke a hole in the dumpling to release the broth and the heat.

Step 4: Place a few slices of ginger in the spoon along with the xiao long bao

Step 5: Eat everything in a single gulp when its not scalding.