A few brave souls were convinced to be whisked away to an unknown location, to indulge in a mysterious menu, with complete strangers and were rewarded with a truly unique dining experience they will likely never forget

A group of our foodies trusted us enough to be whisked away to a secret location for our very first Secret Supper Club last week. Not knowing where they were heading, what they were doing once they arrived or even what the menu was for the night, they showed up in a central location and happily hopped on our bus full of anticipation. 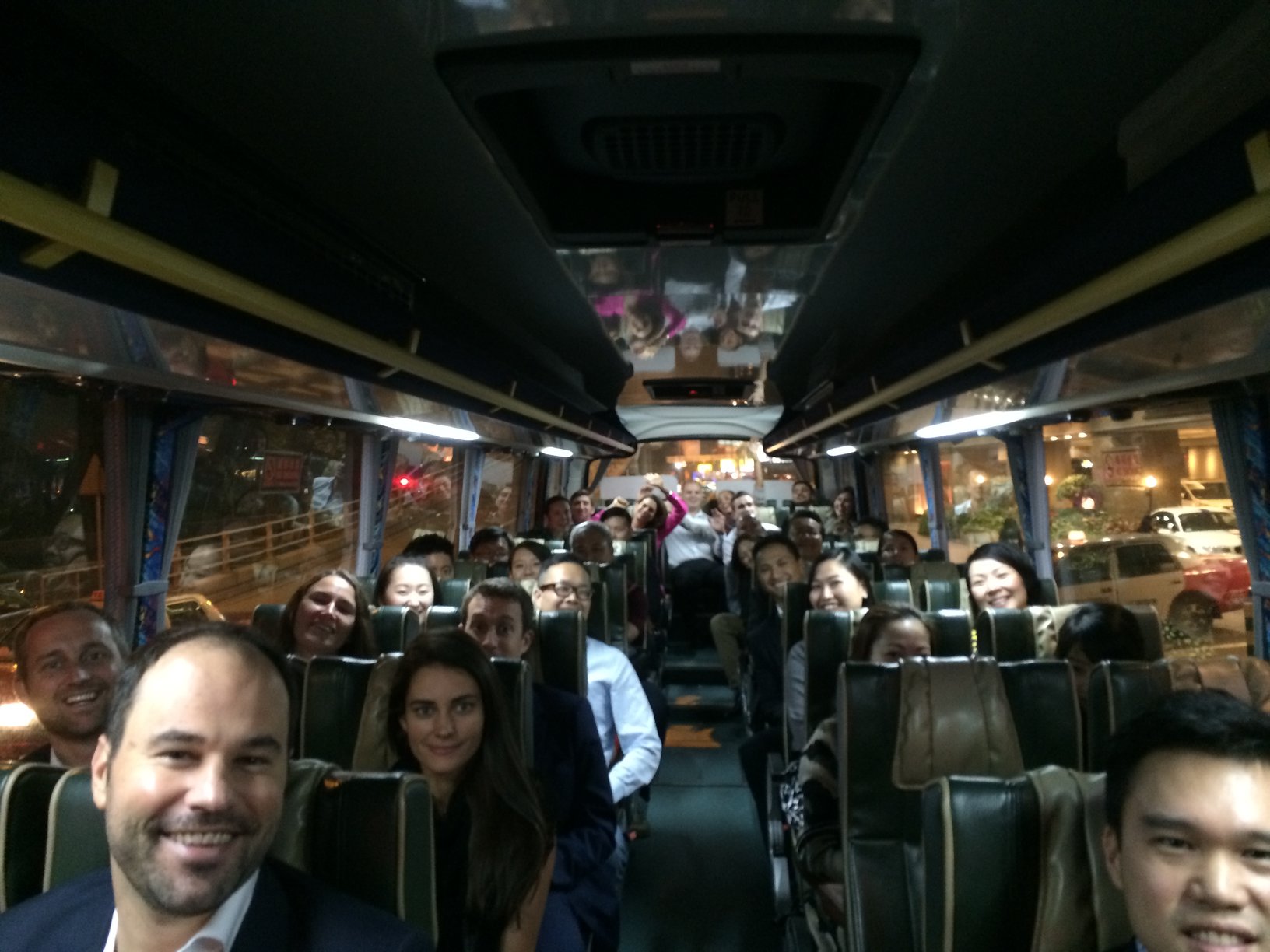 We arrived in the middle of what seemed like nowhere, in bleak Wong Chuk Hang, surrounded by industrial buildings and at the bottom of a warehouse. The dim yellow lighting and desolate surroundings set the mood as we then entered the eerie factory lifts with trepidation.

Once the double doors of the lifts swung open though, our guests were greeted with wine and high spirits as Chef Andrea Oschetti welcomed us all into his huge warehouse space which is converted into part private kitchen, part home. The apartment is filled with photos from Chef Andrea’s travels, with a partition separating his bedroom in the corner, an open kitchen on the other side and space in between for guests to dine. 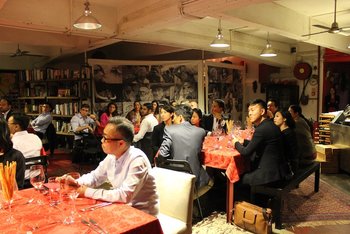 With wine in hand, they settled down and were ready for an evening of secrets to be unveiled. Cuore has been open as a private kitchen for five years where Chef Andrea cooks authentic Italian food, straight from his heart. He was thrilled with the idea when we first approached him to work with us for Secret Supper and created a specially designed menu with each course having a secret element to it. 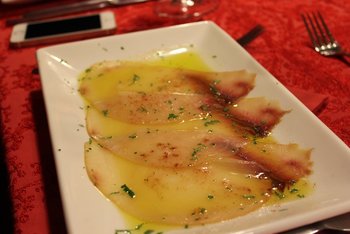 First up was the smoked swordfish carpaccio dressed with a generous serving of nutty and wonderfully green olive oil and a dash of paprika. The balance of the salty fish and vibrant oil was a perfect start to the meal. Chef explained that the secret behind this course is where the swordfish is caught. It's caught in the narrow stretch of water between Sicily and the mainland, where the current is particularly strong and nourished with a rich ecosystem, fishermen will catch the swordfish using ancient methods of harpoons and nets. The romantic part is that apparently all swordfish swim in couples and if the female is harpooned first, the male will always stay to try to save the female (and they say that chivalry is dead). 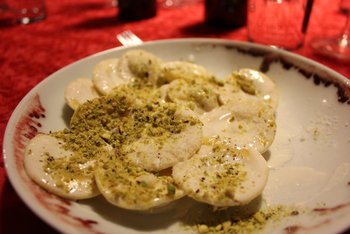 As we mopped our tears from listening to chef’s stories, the second course of ravioli came to the table. Finished off with parmesan cheese and pistachios, for that extra crunch, the secret behind this dish was the ingredient inside. Our foodies were intrigued at first but could taste the strong truffles with their first bite. Paired with a light creamy sauce, this was an indulgent course before we moved on to the mains. 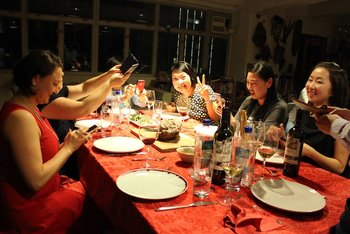 Chef Andrea brought the element of home dining and sharing food with our third course, where huge pieces of roast beef were placed on each table. We invited everyone to get involved, carve and serve – pretty dangerous seeing as everyone was quite inebriated with the Vipra Rossa wine at this point. The beef was tender in the middle and slightly blushing, with a beautiful crust on the outside. The highlight of this course was the chef’s secret and Andrea quickly whipped out his trusted thermometer at this point to say you can cook a perfect roast every time as long as you know the internal temperature of the meat. A good roast beef cooked medium for example, will be 50-55°C. 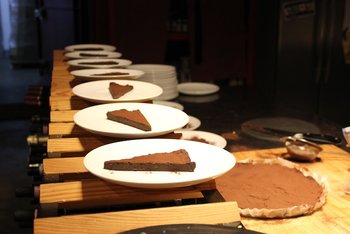 And then came the dessert – a rich chocolate torte with a generous coating of cocoa to finish off an evening of surprises. The rich chocolate taste was countered with a light torte, which was indulgent yet moreish, even at the end of a colossal meal. And what was the second ingredient in this torte?  Water. The last surprise of the evening was discovering that good food need not be smothered in cream and sugar for it to taste good. It’s something that’s been ingrained in us, especially with baking, that you need to add tons of fat and sugar for a recipe to work but Andrea simply melted good quality chocolate with water, eggs, sugar and flour with a little butter. Magically, it forms into a dense cake and it was a sublime end to the meal, especially knowing it was light enough to not feel guilty about it. 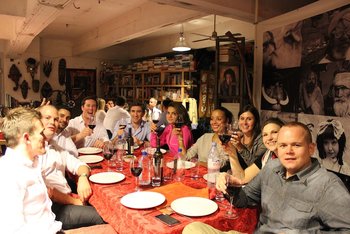 Apart from all of Andrea’s generous tips, the evening wouldn’t have been possible without all the wine provided by Soho Wines & Spirits. Their deep red Vipra Rossa and crisp white Larus wine paired with the food beautifully.

The location, menu and chef were all perfect for the evening and we could not have picked a better place to launch Foodie’s first Secret Supper Club. You can tell that Chef Andrea pours his heart into anything he does, whether it’s cooking or sharing his fantastic stories. Cuore is a popular private kitchen that has been standing strong in Hong Kong’s dining scene for good reason. Book a private dinner there and you’ll be invited into his home where he’ll embrace you with open arms into his life. 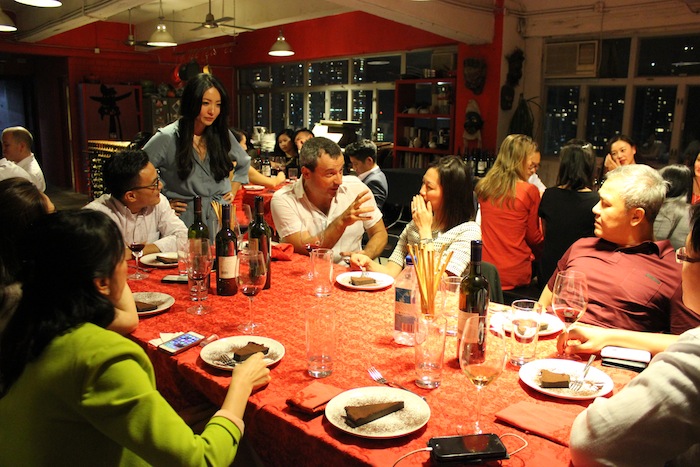 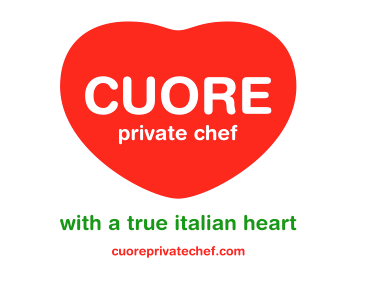