This tiny Aussie-run Italian osteria is a charmer. The blackboard menu changes seasonally – even daily – with a focus on local produce and organic, sustainable seafood and meat that’s perfect for sharing, while the well-curated wine list features natural and organic Italian wines. Tip: nab a seat by the window for prime people watching. 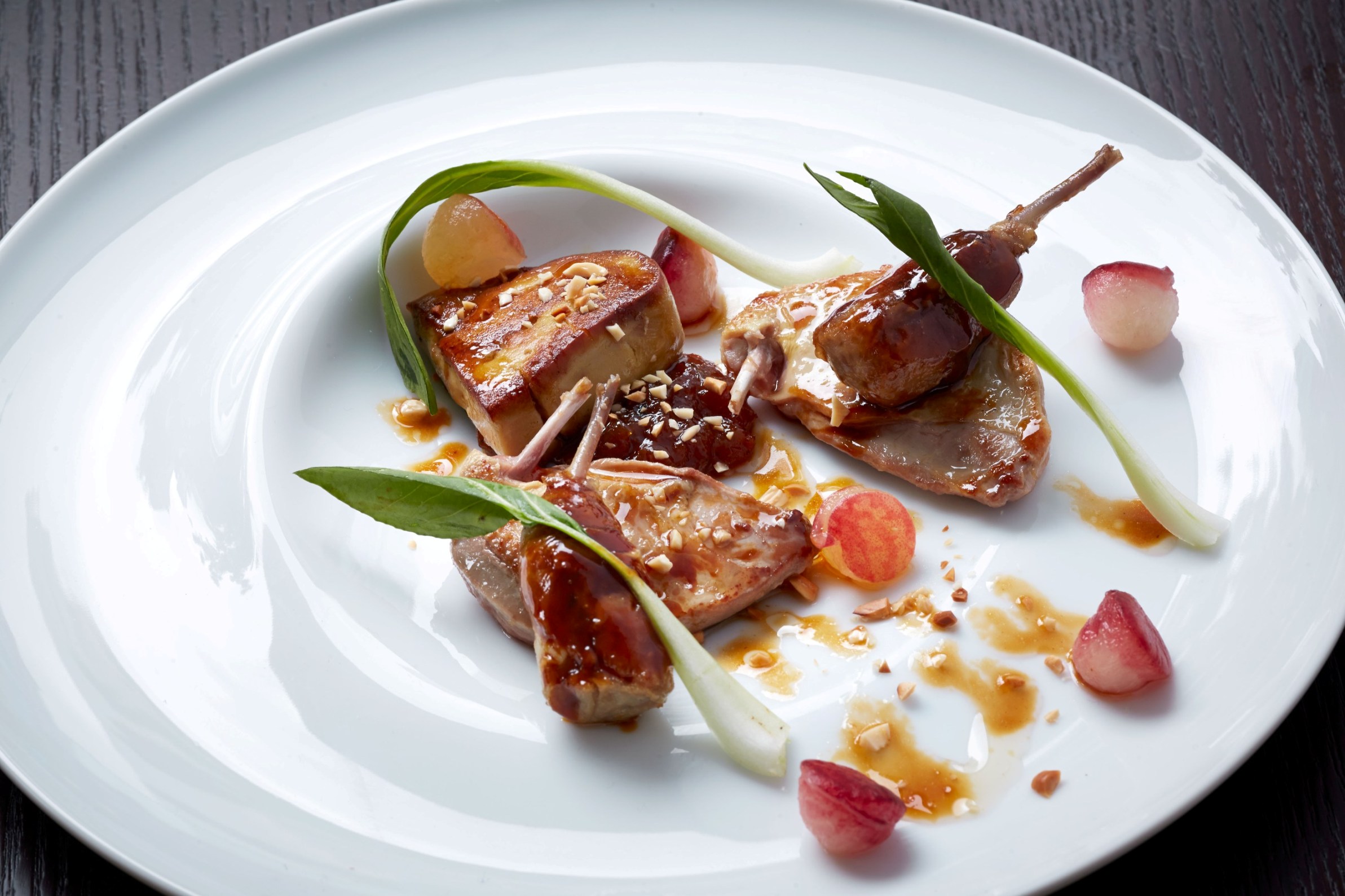 One of our go-to brunch spots, Michelin-starred Jason Atherton’s modern European all-day diner has a lot going for it: a ground-floor bar and restaurant that were designed for chilling out, a more intimate restaurant upstairs and a lovely al fresco area opening out onto PMQ’s grassy garden.

Well known for its immersive dining-in-the-dark concept, Alchemy also houses a (fully lit!) upstairs lounge that truly is a hidden gem. The focus there is on inventive cocktails and creative Japanese- inspired small plates. Chef Pascal Breant’s eight-course weekend brunch is a steal at $288 a head. 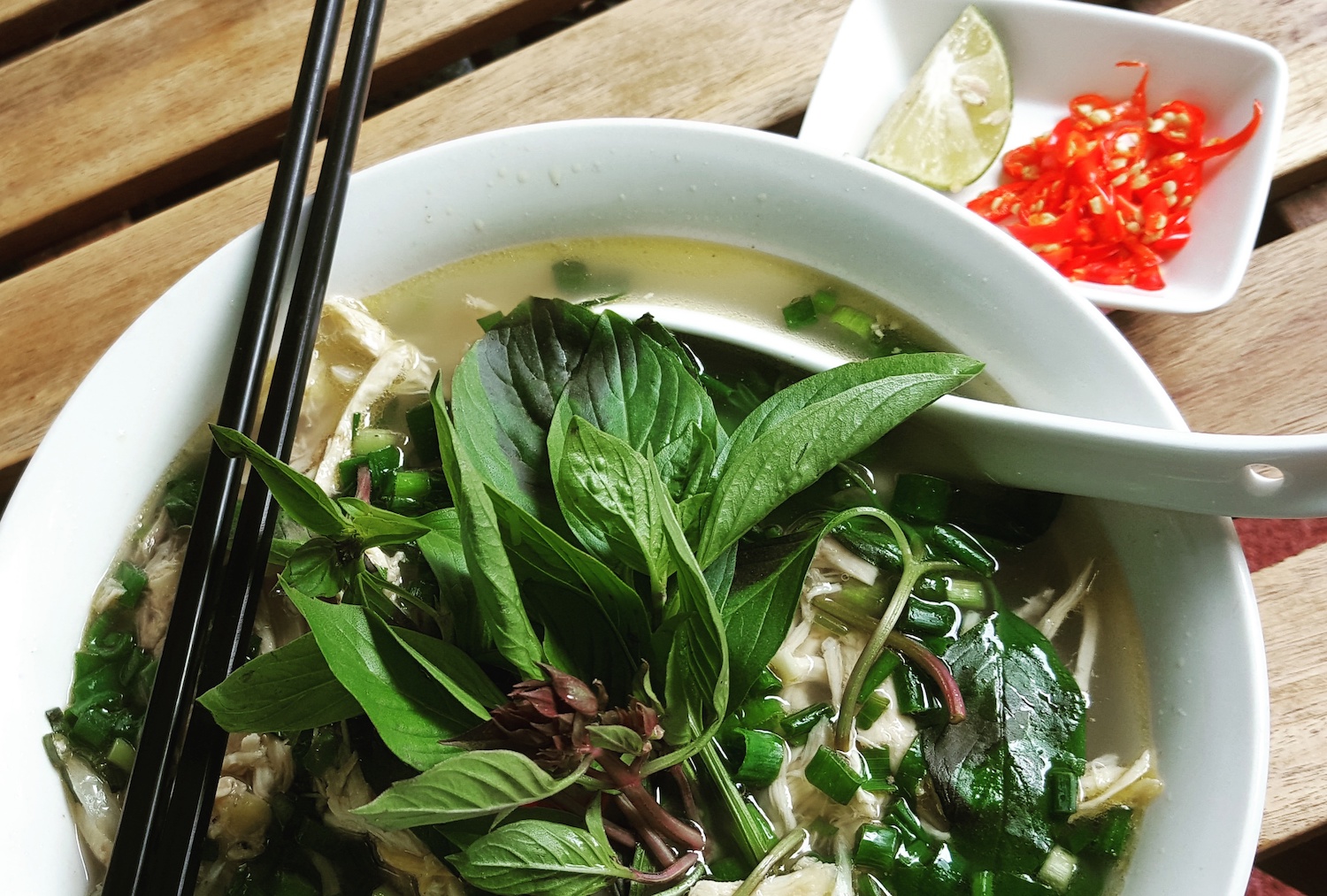 Bun Cha is where we head for some of the most delicious and reasonably priced spring rolls, pho and, yes, bun cha (cold rice noodle salad). The all-Vietnamese staff also add to the authenticity. 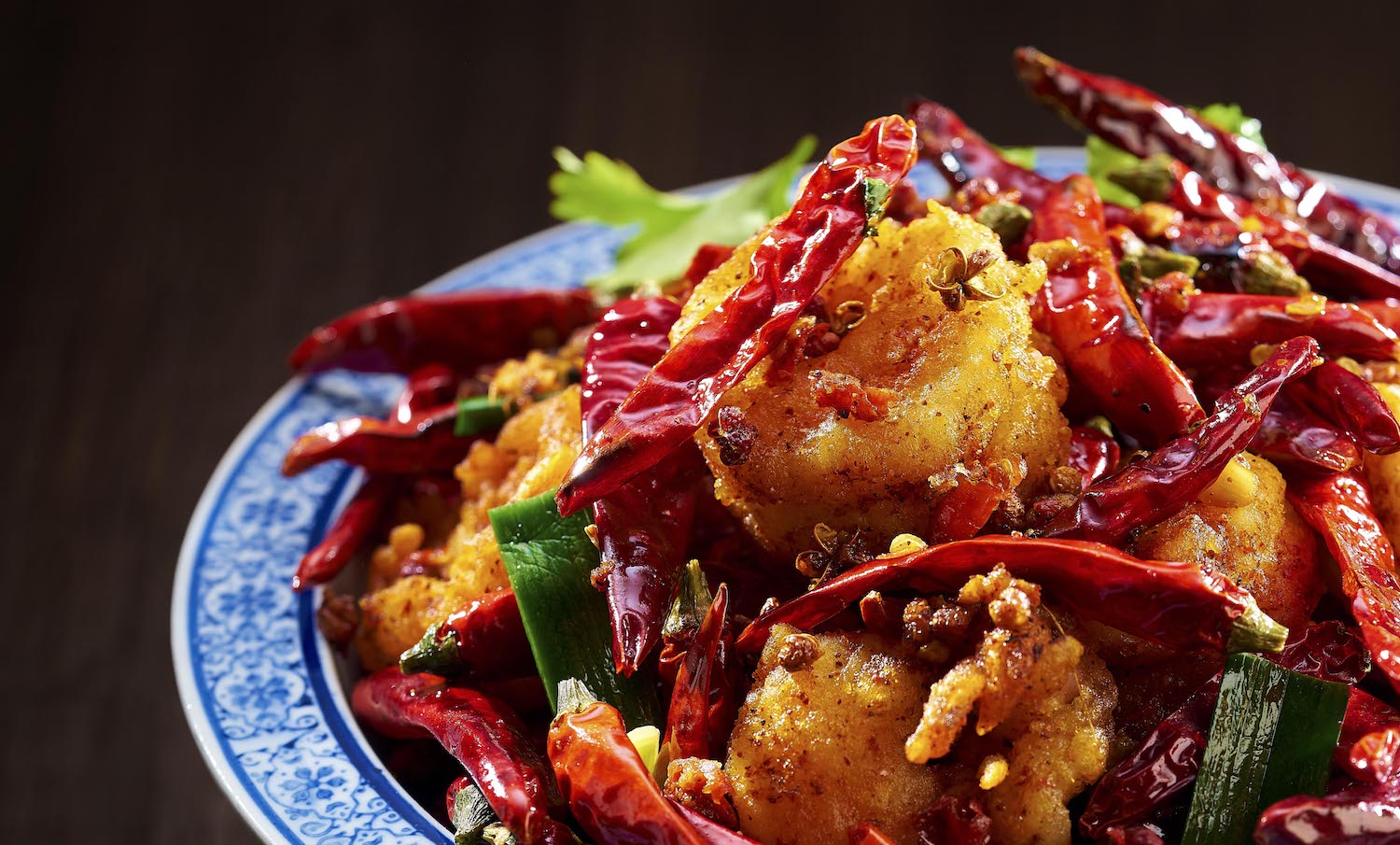 This long-standing Sichuan restaurant (which moved to bigger premises in SoHo last year) is beloved by both locals and tourists for its fresh and fiery dishes and stylish decor. Chilli Fagara has even started selling its homemade spice blends, sauces and addictive spicy popcorn and nut mixes online.

This uber-cool corner bar and restaurant serves up beautifully presented small plates of Vietnamese street food. There’s no booking, so be prepared to join the flocks spilling over onto the streets (we recommend sipping on Hanoi beer Bia Hà Nôi while doing so).

This is the closest HK gets to an old-school American-style diner experience; there’s even a 1950s Cadillac that doubles up as a sofa. Your kids in particular will adore this place, not only for the kitschy decor but also for the menu, which is a paean to American grub in all its glory – think wings, burgers, fries and milkshakes. A bonus for early birds: it’s open from 7:30am.

Following a two-year hiatus, this Italian fine dining restaurant has recently relocated from Causeway Bay to SoHo. Evoking the most glamorous drawing room imaginable, the PMQ venue showcases seasonal tasting menus and a weekend roast that’s sure to have brunch lovers squealing in delight.

For a healthy breakfast or lunch on the go, you can’t beat Fresca’s delicious and well-priced salads, which are fresh, colourful and tasty with a mix of East-meets-West flavours. The soups, grilled panini (we love the roast pumpkin) and gluten-free muffins also come highly recommended.

This graffiti-decked-out rooftop bar is still hot two years after opening – and for fickle Hong Kongers, that’s saying a lot. The cocktail menu is creative to the max – our favourite is the Joh Sun made with vodka, lemon grass, ginger and chilli, served in a pretty Chinese mug – but it’s the American-style Chinese comfort food that keeps us coming back for more. Sometimes all we need is a big plate of sweet and sour pork or chicken chow mein.

SoHo’s hidden neighbourhood local, English pub The Globe’s varied beer menu is second to none. Unlike a lot of bars ‘round these parts, the food is also notable for the use of quality ingredients showcased in a blend of both traditional (fish and chips and sausages and mash, for instance) and more experimental offerings (think lamb ribs with spiced aubergine and salmon with pickled baby octopus).

We still smirk when we utter this Chinese kitchen’s tongue-in-cheek name, opened by Chef Jowett Yu from Sydney. The team in Ho Lee Fook’s mah-jong-tiled open kitchen cook up a storm of classic Chinese dishes with a twist including one of our last-meal contenders: soy-glazed Wagyu short ribs with jalapeño purée and green shallot kimchi.

This stunning Spanish restaurant and bar has recently reinvented itself as HK’s pop-up king, allowing acclaimed chefs from around the world to take over their kitchen for extended periods of time. In the past few months, chefs from NYC’s Birds & Bubbles and Bo.lan from Bangkok have popped up. 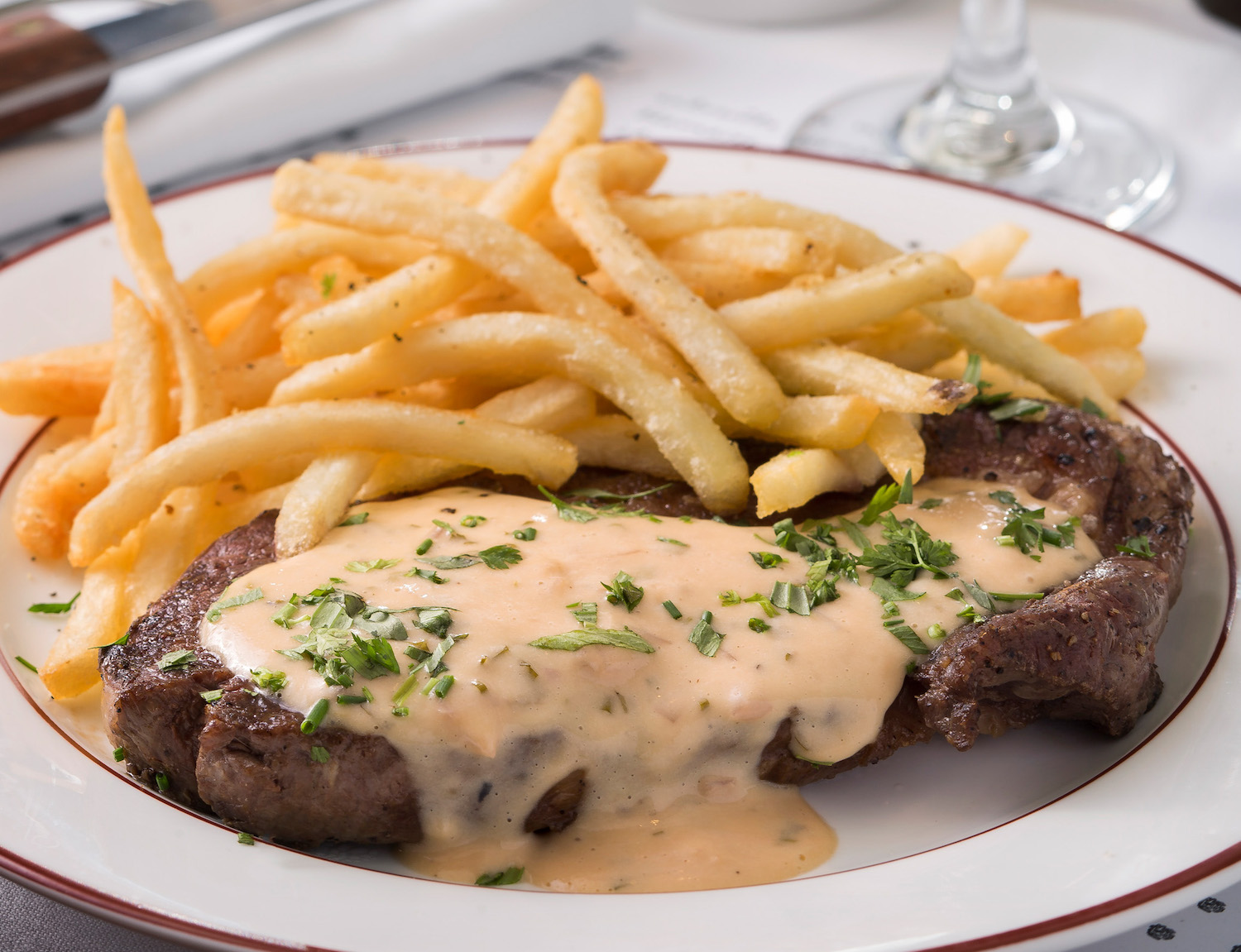 Our personal fave of the steak frites joints that have opened up, we appreciate this charming bistro’s streamlined menu – just baguette, green salad, sliced entrecôte steak served with the restaurant’s creamy secret sauce and a pile of crispy fries for $288 per person – it’s all well executed, and the pricing is easy on the pocketbook. For dessert, feast your eyes on the trolley laden with classic French sweets such as millefeuille, Paris-Brest, profiteroles and tarte Tatin. 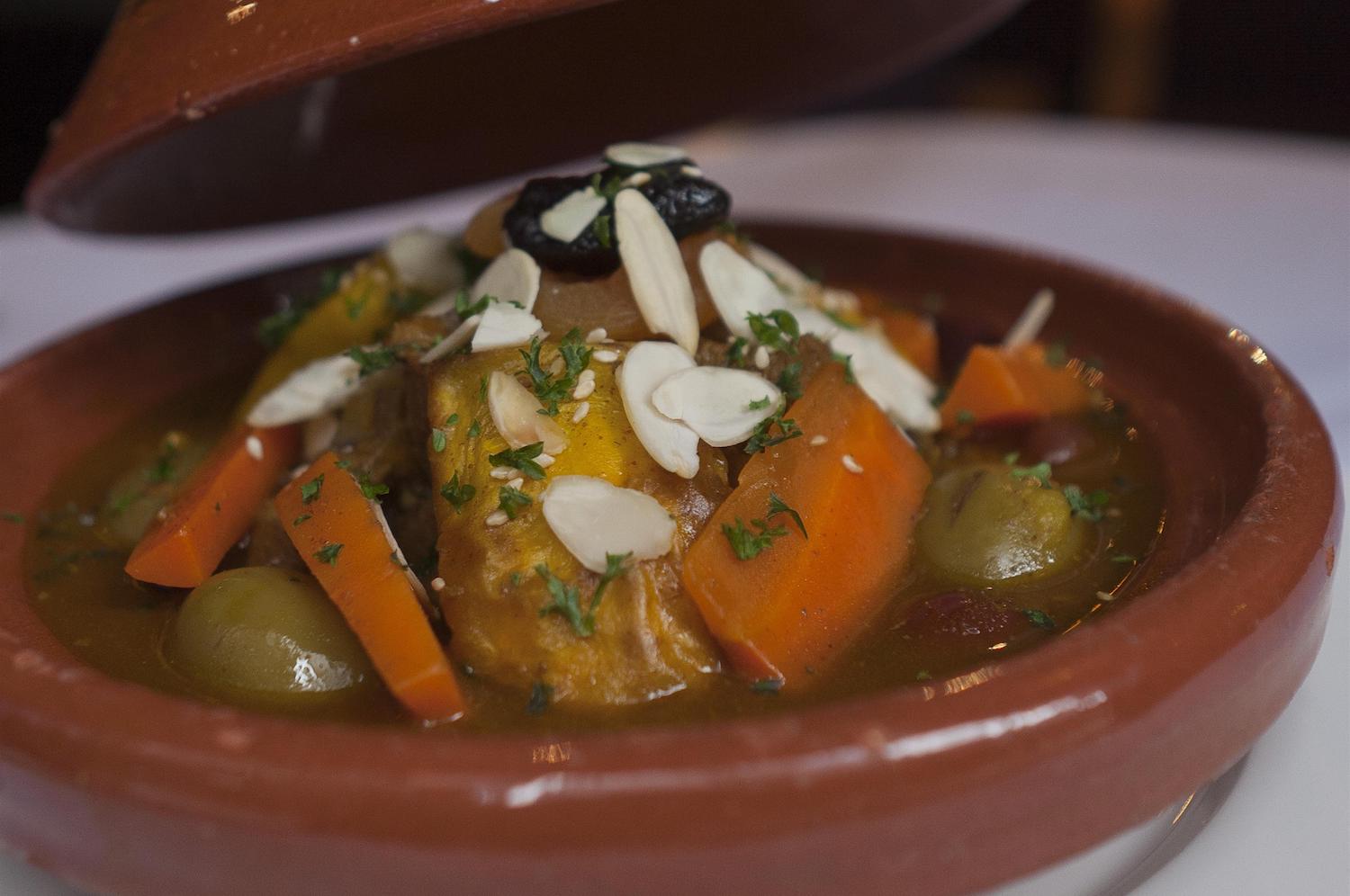 Cosy and romantic, this Middle Eastern/North African restaurant would be a great choice for a date night. The food is authentic and flavourful (go for the mezze platter and any of the tagines), the ambience exotic and the staff warm and welcoming. 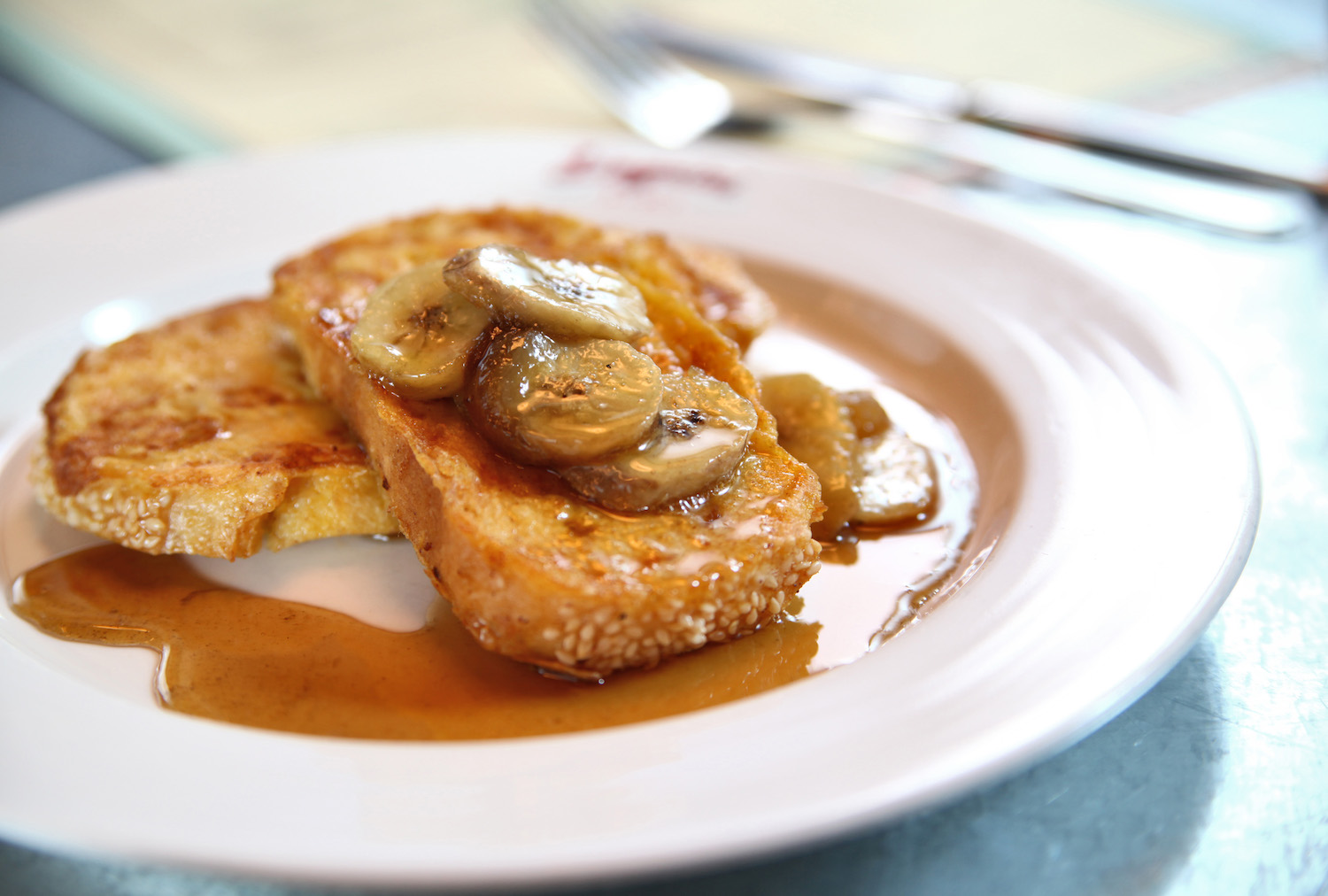 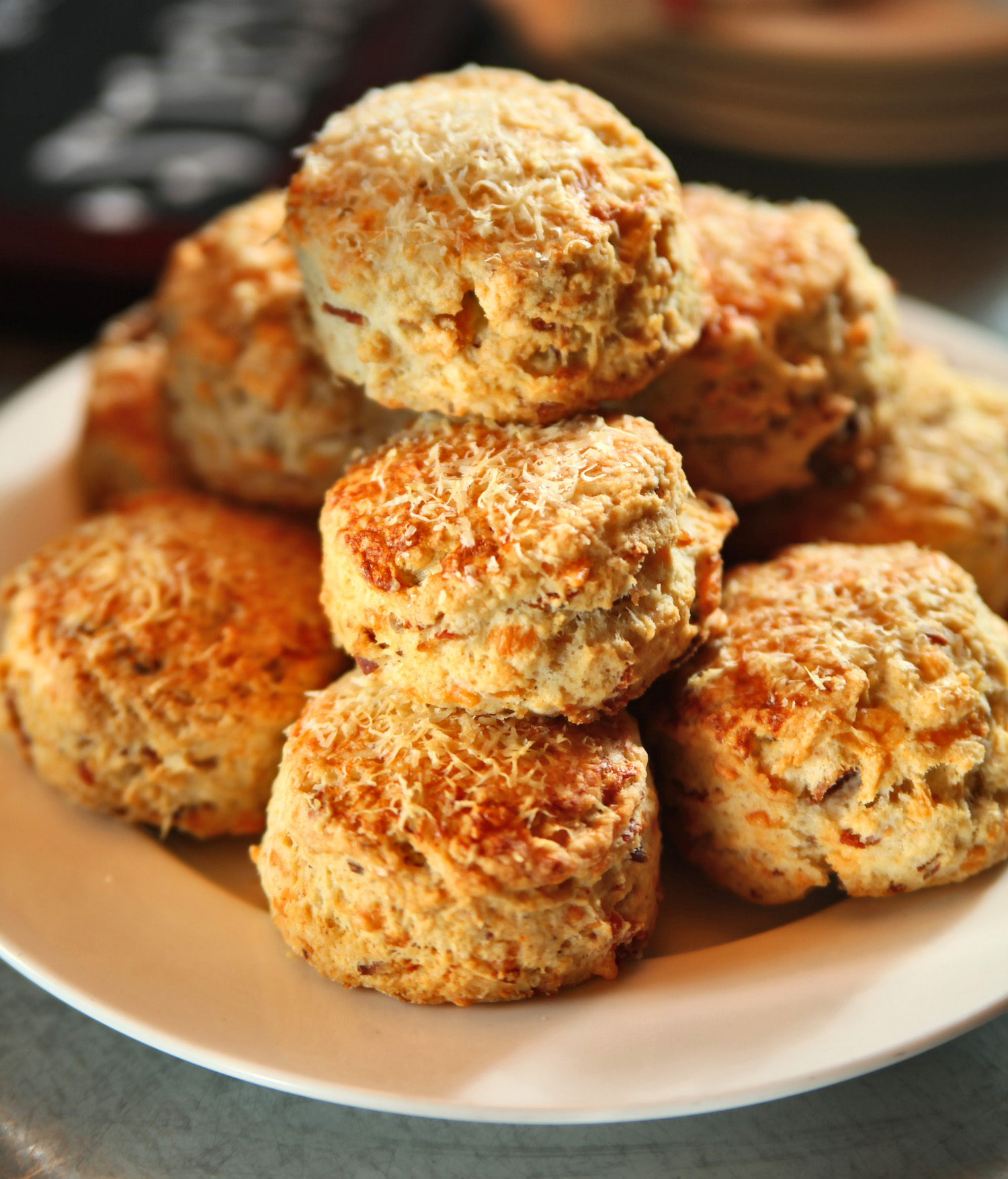 Popular with diners with little ones in tow – their kids’ ‘happy hour’ on Mondays–Fridays from 4–7pm allows children under 12 to eat for free – spacious, open-fronted Linguini Fini is a standout for its Italian-American food and relaxed vibe. The restaurant’s white gold bars (like mozzarella sticks on steroids) and radiatore alla vodka (pasta in a vodka-laced cream sauce) are close to our hearts.

Little Burro’s Tex-Mex menu is simple: choose your base (burrito, rice bowl, salad, quesadilla or taco), then your meat or veggie filling (we’re partial to the pork carnitas) and top it off with your choice of beans and rice and an array of homemade salsas. 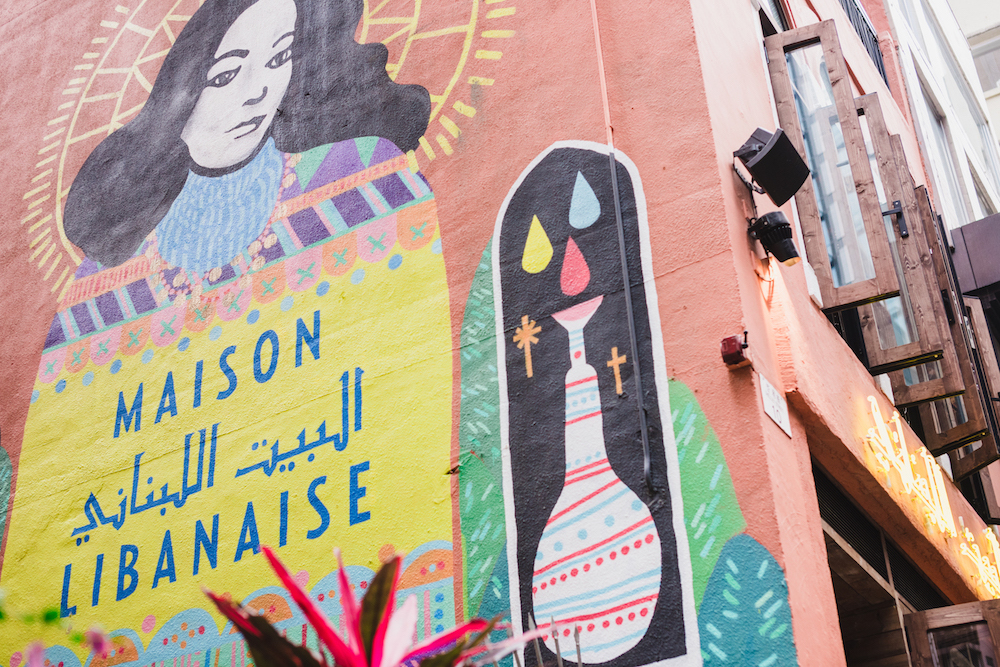 The folks over at newcomer Maison Libanaise are shaking up HK’s Middle Eastern scene with their creative mezze and Lebanese sharing plates. There’s also a takeaway option on the ground floor and – shhh – a secret-garden dining area on the rooftop.

A Brooklyn original, Motorino’s thin-crust brick-oven pizzas are the real Neapolitan deal, chewy and with just the right amount of char. The signature Brussels sprout and smoked pancetta pizza (sans tomato sauce) is an unexpected winner.

Billing itself as a Japanese-inspired fusion restaurant, the emphasis at minimal-chic Naked is on healthy ingredients, creative flavour combinations and artful presentation. Unique pairings include foie gras with guava gelato – an inspired marriage of sweet and savoury – and unagi (eel) ‘crispy’ sushi made with rice, quinoa and mozzarella cheese. The restaurant’s moniker (Gurume Gyarari translates as ‘gourmet gallery’) couldn’t be any more fitting. 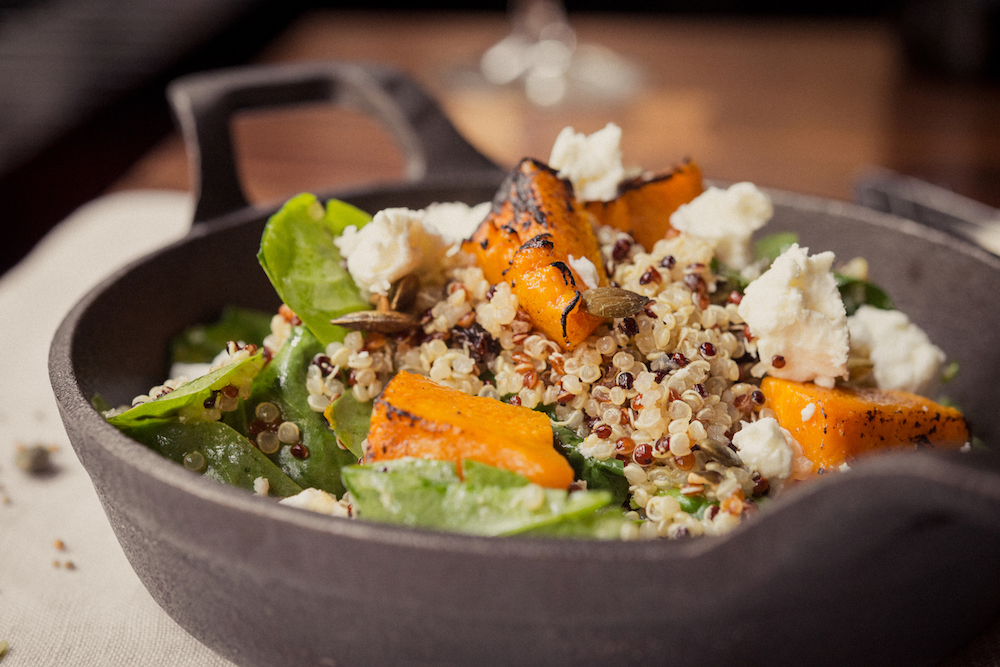 The meatballs at this lively Italian spot get top billing – take your pick from the likes of classic beef with Neapolitan ragout with ricotta cheese, to pulled pork with celeriac purée and pickles, to crab with sesame seeds and bell pepper and chilli mayo – but the handmade pizzas and pastas are just as drool-worthy.

With its menu designed by Lebanese-Australian celebrity chef Greg Malouf – a master of Middle Eastern cuisine – this SoHo stalwart has retained a special place in our hearts for its robust Greek and Middle Eastern flavours. The set lunch is a bargain at $118 for two plentiful courses, and the restaurant’s monthly Arabian Nights (with belly dancers struttin’ their stuff) are a fun addition. 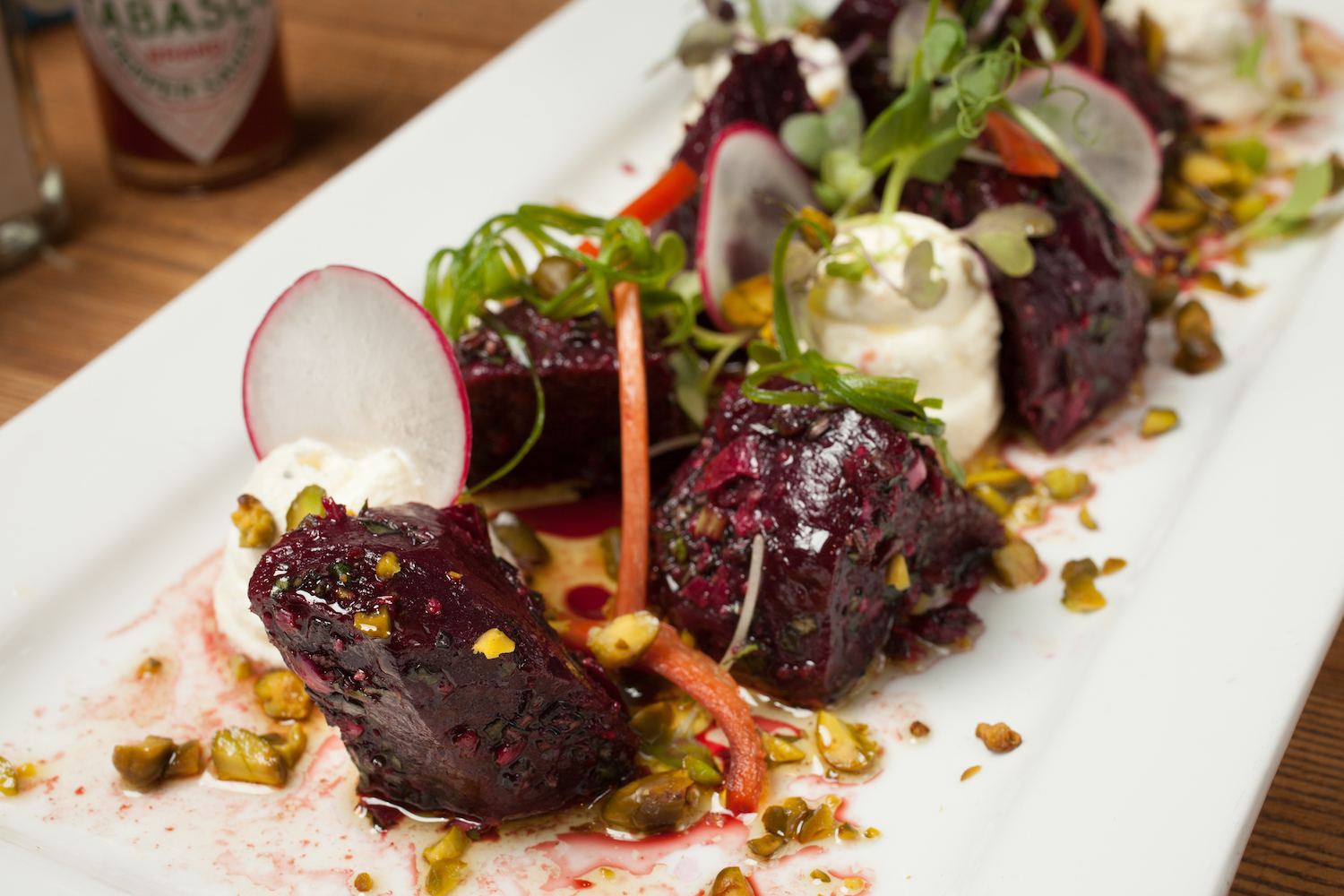 Chef Jack Carson (formerly of Restoration – RIP) has recently taken over The Drunken Duck premises with this homey restaurant specialising in soulful Cajun and Creole cuisine from New Orleans. Dig into Southern-style comfort food at its finest, from small plates of Cajun BBQ shrimp and crawfish pie, to baked oysters, to Chef Carson’s famous fried chicken and jambalaya.

Girl power rules at this too-cool-for-school bar that wouldn’t look out of place on the mean streets of Brooklyn. Shaking things up behind the bar is the lovely Beckaly Franks – aka The First Lady of Mixology and the first woman to take home the 42Below Cocktail World Cup. The Pontiac has become the preferred local for those who like well-made drinks and having a really, really good time. 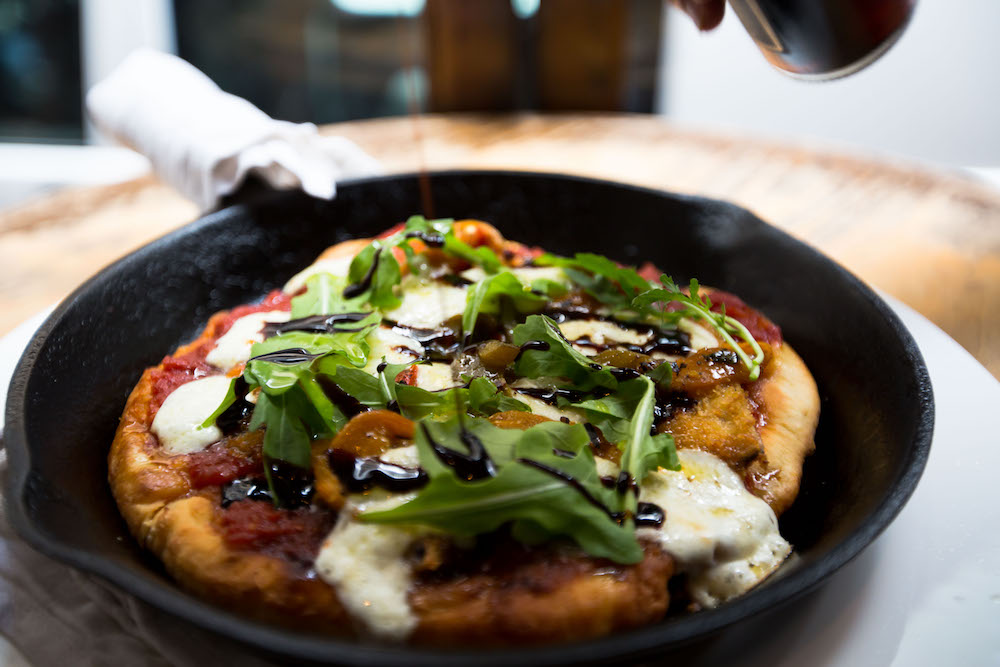 We’re regulars at Chef Vinny Lauria’s buzzy Italian spot with its distinct Big Apple vibe. The staff may even be friendlier than their American counterparts, who are a tough act to follow. For years we’ve swooned over Posto’s made-to-order mozzarella, on-point pastas and veal Milanese. Their $98 happy hour may be the best after-work bargain around: free-flow beer, Prosecco and wine paired with complimentary cold-cut platters and Italian sides.

Crowned Best New Bar in last year’s Foodie Forks awards, Rummin’ Tings is where we like to chill out, Caribbean style. Rum is the spirit of choice, with more than 80 varieties on offer, as well as a compact list of signature pitchers and cocktails. The Jamaican-influenced food is also noteworthy – it’s salt-fish accra (fritters) and jerk chicken for us, mon. 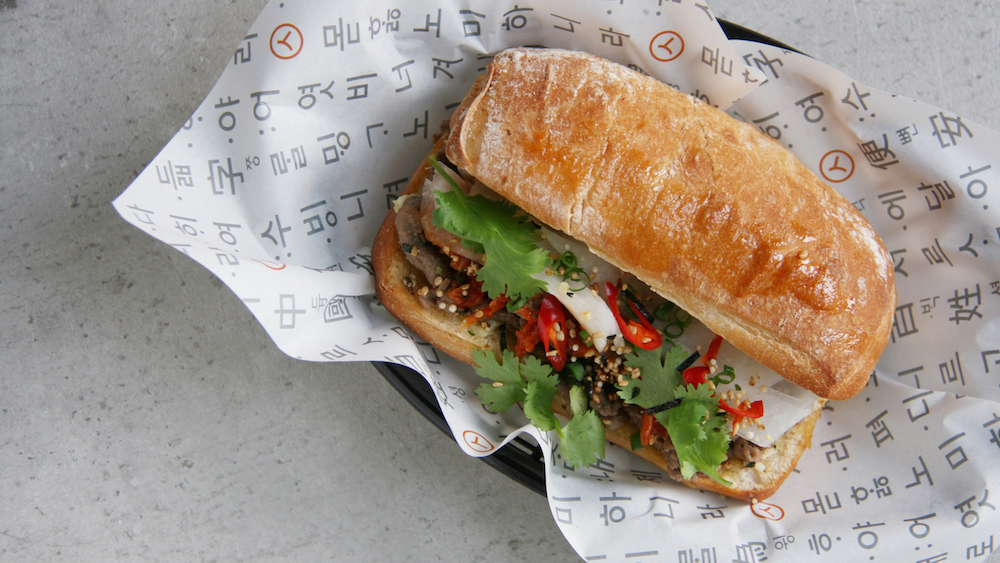 Kimchi fries. Spam bibimbap. Sweet and spicy fried chicken. Drooling yet? This Korean fast-food joint has become our takeaway option of choice when we’re craving Asian comfort food. The $78 set meals are easy on the wallet too.

A partnership between organic restaurant Locofama and HK’s fave home-grown lifestyle store, Goods of Desire (GOD), healthy, organic, locally grown Chinese food is Sohofama’s USP. They’ve even created a mini farm outside the restaurant. Updated takes on Chinese herbal soups are signatures, as are a variety of Shanghainese-inspired dishes such as black truffle xiao long bao and drunken prawns.

The minimalistic wooden decor may not be what you’d expect from a Turkish restaurant with the word sultan as part of its name, but the food that’s whipped up by the chefs is fit for royalty. The dishes are authentic, generous and well seasoned. Order the Turkish flatbread pizzas – especially the lahmacun loaded with beef and lamb mince, onion and tomato – and any of the grilled meats.

This modestly sized yet elegant sushi bar is always booked with diners keen to sample Chef Sase Satoshi’s sensational omakase menus. Chef Sase and his team put a lot of heart into each piece of sushi doled out, which is made to order and presented like a bite-sized work of art. For a true bang-for-your-buck sushi indulgence, opt for one of the restaurant’s set lunches.

Michelin-starred Tate, light, airy and distinctly feminine in decor, succeeds in Chef Vicky Lau’s vision of presenting edible stories on a plate. Six- and eight-course seasonal tasting menus are offered, with each beautifully presented dish speaking to the senses. If you’re looking to host a private dinner party, Tate is a first-rate choice.

Originating in Tokyo, grilled chicken is the star of the show at this yakitori hotspot, with more than 20 parts of the bird on offer. For the complete beak-to-tail experience, order the 12-course omakase menu – which doubles as a colourful map of a chicken’s anatomy – for a tidy $588 per person. Highlights include the juicy, succulent soriresu (chicken oyster) skewers and the oyako donburi (chicken and egg rice bowl), the best we’ve had outside Japan.

Sophisticated ‘culinary cocktails’ are the name of the game at this sleek underground watering hole. The drinks list is simply mind-boggling, with both classic and seasonal tipples to choose from, all made with fresh fruits and veggies, artisanal spirits and hand-carved ice cubes. Make a booking for a coveted seat at the eight-top Prixe-Fixe Bar, where (Monday–Thursday) you can partake in a four-course cocktail tasting menu paired with food.