Though the restaurant will be turning a grand old six years old this summer (equivalent to at least double that in Hong Kong restaurant survival years), we can never get enough of Yardbird’s expertly grilled chicken skewers and addictive KFC (Korean fried cauliflower). 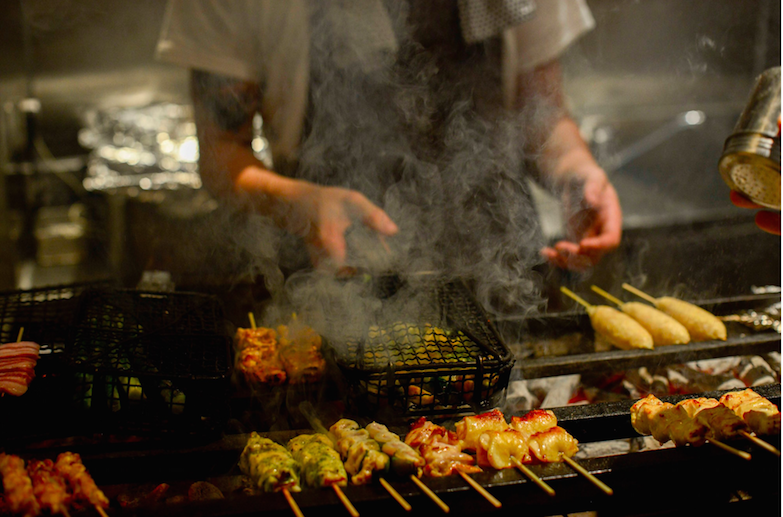 Since the Yardbird launch nearly six years ago, co-owners Matt Abergel and Lindsay Jang have gone from strength to strength, opening up two more culinary hotspots in a matter of a few years: Ronin (a Sheung Wan izakaya similar to Yardbird in ethos but this time specialising in fish and seafood) and Sunday’s Grocery (a grocer/liquor store/purveyor of some of the best sandwiches in HK), which is in the process of moving shop, although online orders are still available. But that’s not stopping the owners – this time they’ve set their sights even bigger, with the opening of a Yardbird restaurant in Singapore scheduled very soon.

Before the standalone Yardbird Singapore opens it doors, pop-ups are set to be held next month at BBQ joint Burnt Ends and smokehouse and diner MeatSmith. So if you’re heading to the Lion City anytime soon – or have family or friends who are lucky enough to live there – make sure a stop at Yardbird is added to the agenda.