From the moment we entered K Town new kid on the block Alvy’s, which opened only a few weeks ago in a collaboration between The Globe’s former publican Patrick Gatherer, the founders of local craft beer producer Young Master Brewery and designer Paul Gelinas of May Chow’s Second Draft, we knew we were on to a winner. The place was heaving (let’s be honest – almost 100% of the clientele were ex-pats), 90s rock was humming in the background, a pizza oven was churning our freshly baked pies front and centre, craft beer was being poured by a team of tattooed ‘tenders at the ready and our server was as genuinely warm and friendly as can be. The crowd and vibe screamed New York City all the way – we could easily have been in a neighbourhood bar on a random street corner in Brooklyn.

On the drink side of the menu, craft beer is the focus, a craze that continues unabated in Hong
Kong (all beers are available in measures of 0.2L, 0.3L, 0.45L and 1.8L, which is a pitcher). The
stars of the brews are those by local guys Young Master. We tried the signature Thyme Ale
($34/$52/$68/$246), available only at Alvy’s, and think this is just about the best pizza beer we’ve come across with its fresh, light and herbaceous flavour profile. At the other end of the taste spectrum was the Hak Mo Sheung ($39/$60/$78/$290), which our server termed as ‘liquid dessert’, and we couldn’t agree more. A nitro beer, this bourbon-barrel-aged stout was creamy, smooth and rich, with strong notes of chocolate and coffee. For post-prandial sipping, we’d take this over brandy any day (on the other hand, a full pint glass worth would be beyond us). Other tipples include a carefully curated selection of American craft whisky, whisky cocktails and all-natural wines.

The quirky food menu is NYC meets HK. There are bar snacks and noshes like wonton chips seasoned with pastrami spices ($15), meatballs in Sunday sauce ($108), latkes ($108) and Yu Kwen Yick fried chicken ($88). Made famous by New York’s Jewish community, latkes are grated potato pancakes fried to a golden brown. Alvy’s version are just like your bubbe used to make: piping hot, crisp and well seasoned. This time, though, the latkes, sitting on a bed of a tzatziki-like sauce, are topped Chinese style, with bits of crispy char siu and geung yeong (that classic spring onion and ginger paste served up at Canto roast meat shops around town). It’s a phenomenal combination: the perfectly fried latkes, the cool, creamy sour cream and cucumber mash-up, the salty-yet-sweet BBQ pork. Our only complaint, if you can call it that, is that we wish there had been more sticky, fatty char siu. 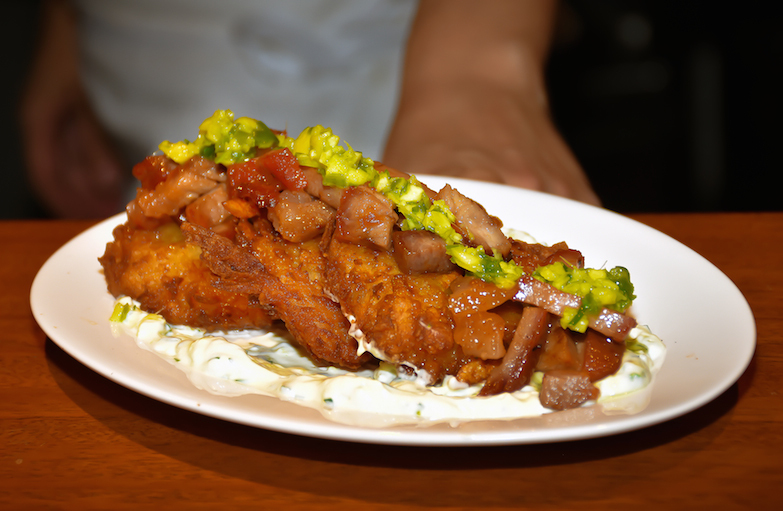 We’d call them Buffalo wings, but no matter, the Yu Kwen Yick fried chicken was also a hit. Slathered in a lip-tingling concoction made with HK’s beloved chilli sauce Yu Kwen Yick, these little suckers were chowed down in minutes, even though they were spicy as all get out. Next time we’ll ask for extra of the blue cheese dipping sauce, which provided a welcome cooling respite. 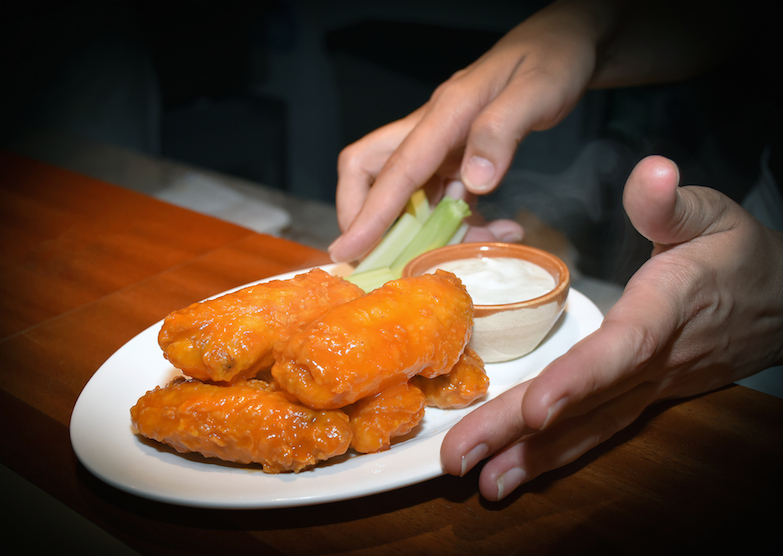 Alvy’s pizza, which we consider suitable for two to share along with a few starters or salads, is crafted with a unique sourdough crust made with the same starter used for Young Master Brewery’s sour beers. The crust is appropriately charred and chewy but exceptionally thin. We had to eat ours folded over in order to keep the sauce and toppings intact, which may be sacrilege to some pizza connoisseurs out there. In keeping with the Chinese-NYC fusion focus, we went for the Ma-La-Di-Da pizza ($158). This fiery pie put our taste buds into flavour overdrive. We loved the combination of the zingy, Sichuan-esque fresh tomato sauce with the pepperoni, ‘nduja (Italian spicy sausage spread) and mozzarella. In the centre was a heaping mound of whole red chillies, spring onion slivers and crispy garlic chips – not a good idea for a first date, but otherwise we say go for it. 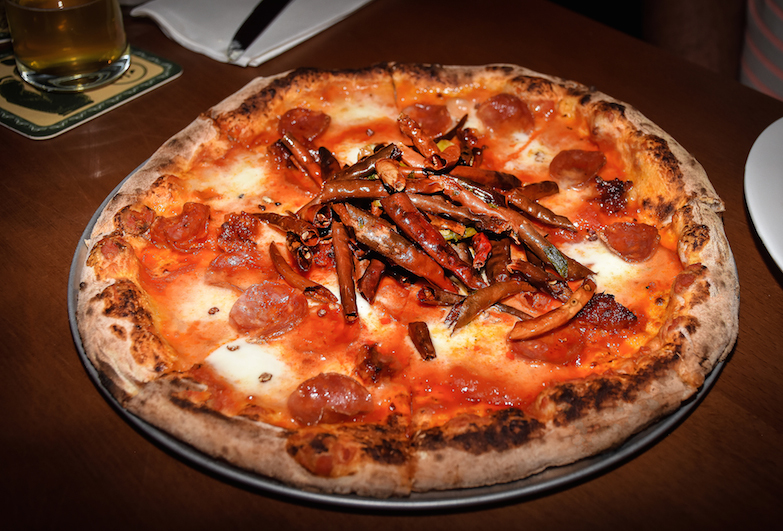 There’s but one dessert, and it’s a staple at Italian bakeries and street festivals in the ‘hood. More than a dozen zeppoles ($58) – deep-fried dough balls – were piled on a plate alongside a pot of salted chocolate sauce for dipping. We found these mini doughnuts too dense and heavy for our liking, especially after such a carb-heavy meal, and would have preferred a lighter offering, though we do understand Alvy’s seems to be all about comfort food.

Alvy’s is a great addition to the burgeoning Kennedy Town food scene. With its big heart, flavoursome East-Meets-West pizzas and pub grub and down-home service and atmosphere, we’ve found our own slice of the Big Apple in the 852. It’s one of those places where everyone will know your name after only a few visits. We also got a kick out of the Woody Allen interview playing on repeat in the loo. You can’t get more NYC than that.

Of critical importance, it has the structural integrity for the essential New York Fold