From Black Sheep Restaurants’ latest, to two heavy hitters in the new H Queen’s Building in Central, to the new Mercedes me Store, we have the deets on this month’s hottest openings (and closures) in the 852 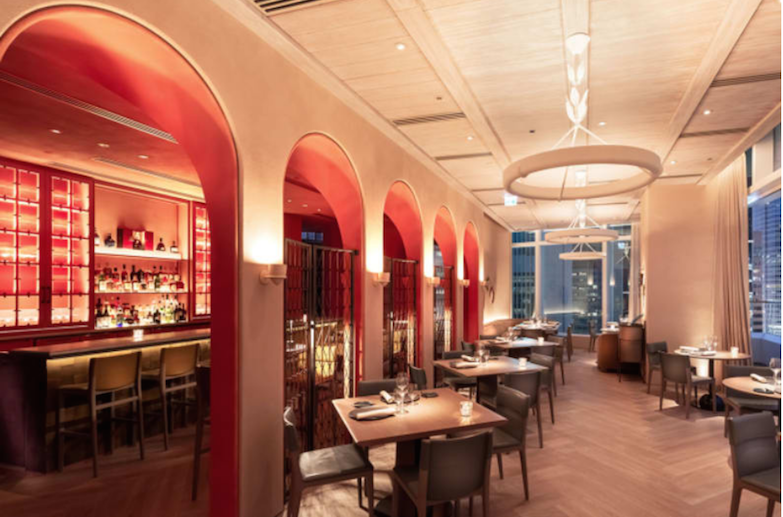 The first restaurant to open at new art-focused building H Queen’s in Central, Arbor has quite a pedigree, helmed by former Café Gray Deluxe at The Upper House Finnish chef Eric Räty in partnership with Chef Nicolas Boutin of Michelin-starred (and Foodie fave) ÉPURE. It seems to be a trend in Hong Kong – the marriage of French and Japanese cuisine – and Arbor’s menu is a tribute to this theme, with a special emphasis on nature and the changing seasons. Expect innovative French techniques intermingled with seasonal Japanese ingredients, along with elegant but relaxed and welcoming “high-humble” decor. 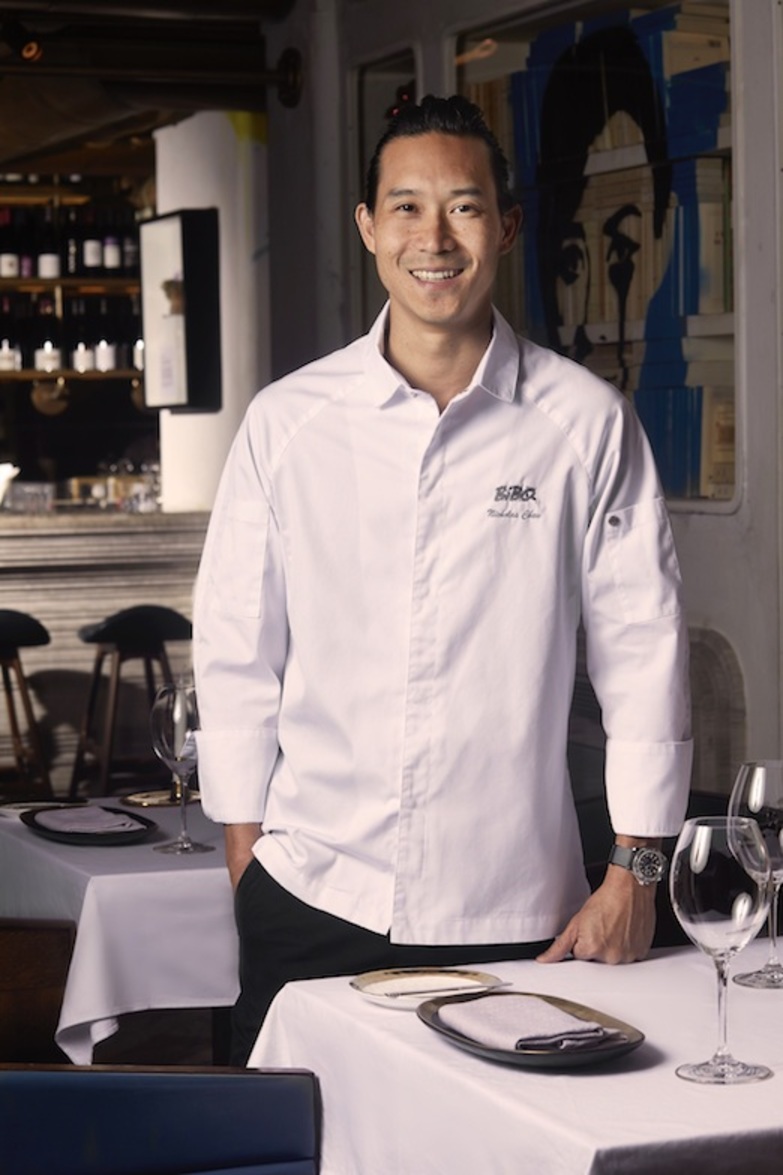 It’s all change at Le Comptoir’s Bibo – where contemporary art meets French-Japanese fine dining. First and foremost, the restaurant group have hired Nicolas Chew to take over the post of executive chef, with former executive chef Mutaro Balde moving on to become the head chef of the entire Le Comptoir group (think Djapa, Hotshot, The Ocean, TRi, UMI). Chef Chew used to man the hobs at recently shuttered Serge et le phoque (see below), which had been crowned with a Michelin star for the past three years. Bibo’s bar is also getting an overhaul, changing from a cocktail bar to a wine bar offering the largest collection of wines by the glass in Hong Kong, overseen by head sommelier Sébastien Chevalier. The whole space has been reconfigured with new art pieces and installations and will be looked after by new general manager Gilles Dubreuil from Michelin-starred Apicius in Paris. 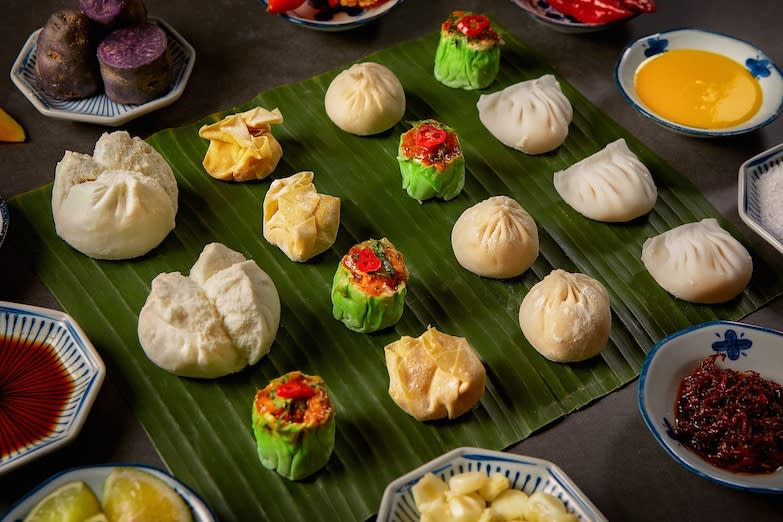 Another restaurant group we love, Pirata Group is on a roll with the opening of its latest in SoHo, a Peruvian-Chinese “dumpling house” called Chifa. We’ve heard of Peruvian-Japanese, but Chinese? Our interest is certainly piqued. Expect dumplings, bao, noodles, rice and meat and seafood dishes. In case you’re wondering, the restaurant’s name derives from the Peruvian interpretation of the Cantonese expression chi fan – let’s eat! 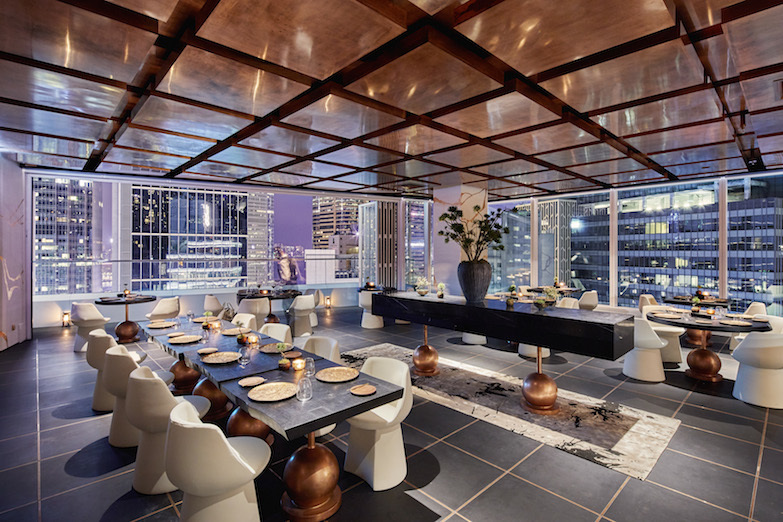 Le Comptoir is making a big mark in Central with the opening of penthouse French fine dining restaurant ÉCRITURE at H Queen’s, giving Arbor a run for its money. Headed by Chef Maxime Gilbert, the seasonal menu is, like Arbor’s, a fusion of French and Japanese techniques and ingredients from small-batch, artisanal producers. The stunning interior is decorated with paintings by famed Korean artist Park Seo-Bo, with the bespoke table and glassware handmade in France and Japan. Definitely one to watch! 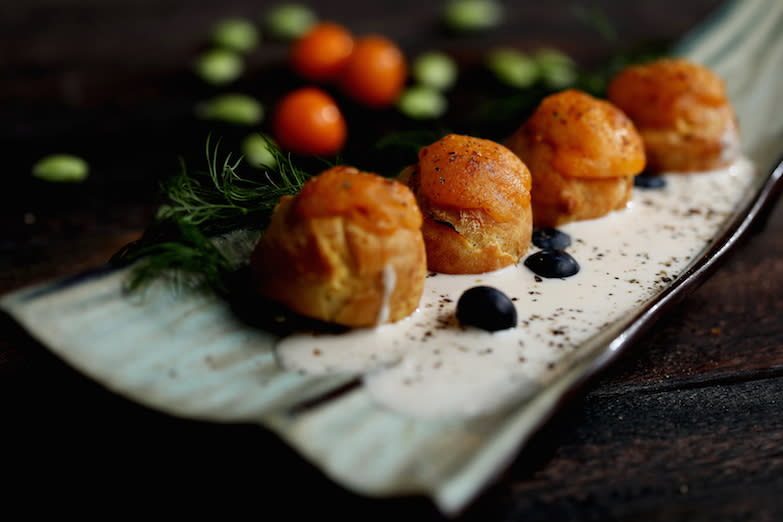 This Zinc Group bar and restaurant is inspired by nautical Spain, the south-east in particular. Chef Miguel Lopez will be serving up tapas, big bites, small bites and sweet bites alongside creative cocktails by Alfredo Aguilera, who has mixed things up at top watering holes including J. Boroski (the sherry-based drinks are the highlights). There’s a great al fresco space to boot. 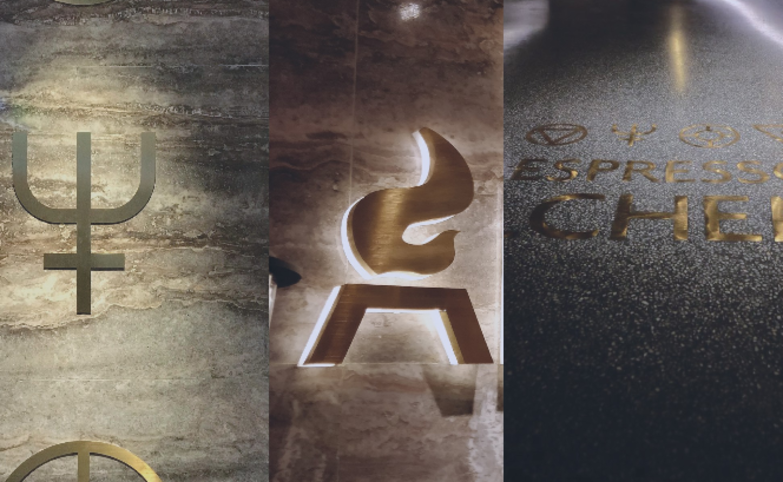 Opened by Ambrose Peter Law, a four-time judge at the World Barista Championship, Alchemy is an artisan coffee roastery and café born in Hong Kong. This marks the third Espresso Alchemy café in the 852 (with the others in Quarry Bay and at WK Square in TST). Besides brewing up top-notch coffee by the best baristas around, this latest café features a menu of Southeast Asian and Australian-inspired dishes, a new line of coffee-infused craft beers and the opportunity to take part in various coffee workshops. 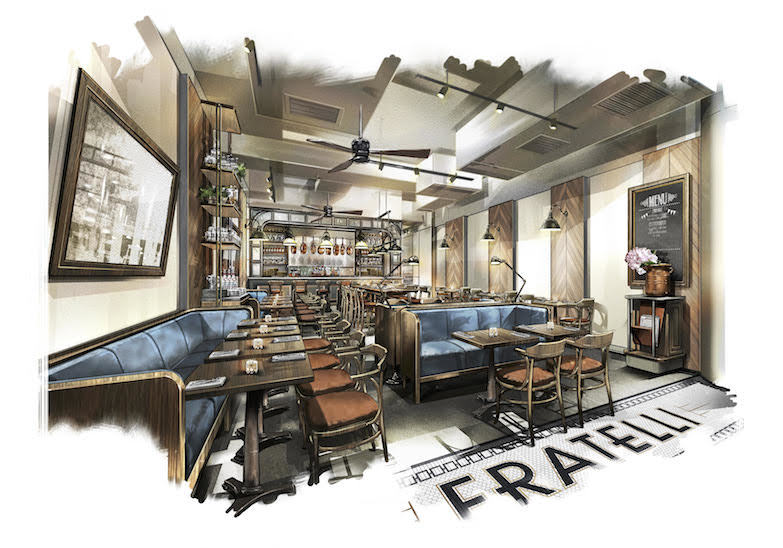 The folks behind 8 creATEive (Amalfitana and Rummin’ Tings) are bringing more of the Italian food we crave to the The Pulse in Repulse Bay with a menu focused on antipasti, pasta and other simple-is-beautiful trattoria fare. May we suggest starting off with a pizza at neighbour Amalfitana, then moving over to Fratelli for a big plate of pasta? Sounds like the perfect weekend afternoon to us. 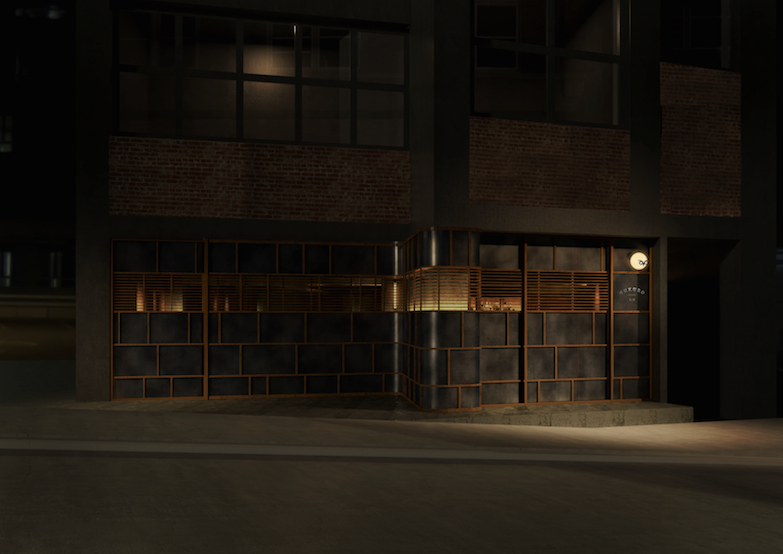 It looks like Black Sheep Restaurants are onto another winner with the opening of the dark and mysterious Fukuro in SoHo, inspired by the evening watering holes of Tokyo where salarymen (and women) let their hair down. The izakaya’s open kitchen is overseen by Chef Shun Sato, himself the son of an izakaya owner, and formerly of Black Sheep’s own BELON and Ho Lee Fook. Signature dishes include a seasonal sashimi platter, grilled octopus on potato confit with ginger soy, whole soy-braised local fish, grilled A4 Wagyu sukiyaki – and, of course, lots and lots of beer and whisky highballs to wash it all down. Black Sheep always get it spot in, so we’re really looking forward to trying this one.

Though not new per se, this popular seafront restaurant’s all-vegan menu is! We applaud owner Gary Stokes’ decision to go meat free – even if you’re not vegan or vegetarian, eating less meat is better both for your own health and the environment. We highly recommend Hemingway’s nachos, curries and pizzas. 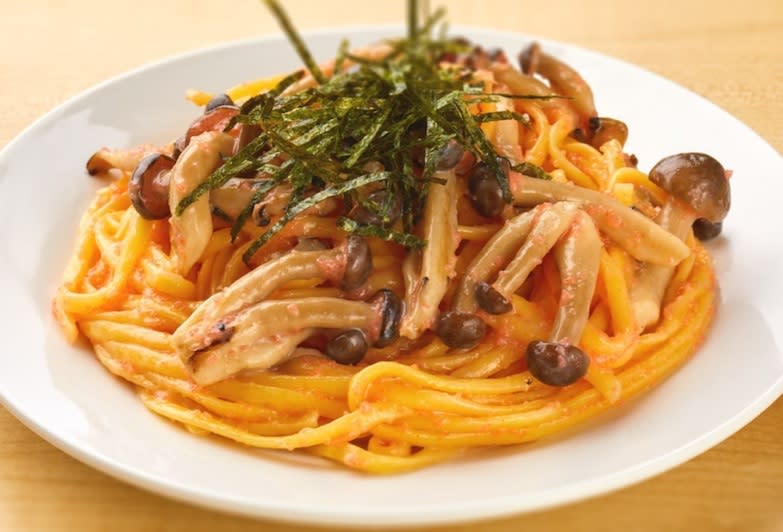 Fresh, homemade pasta with a Japanese touch – toppings include mentaiko and shimeji mushroom – is the name of the game at new Tsuen Wan restaurant Kuru Kuru. No artificial colourings, flavourings or preservatives are used, and the pasta sauces are made in-house too. 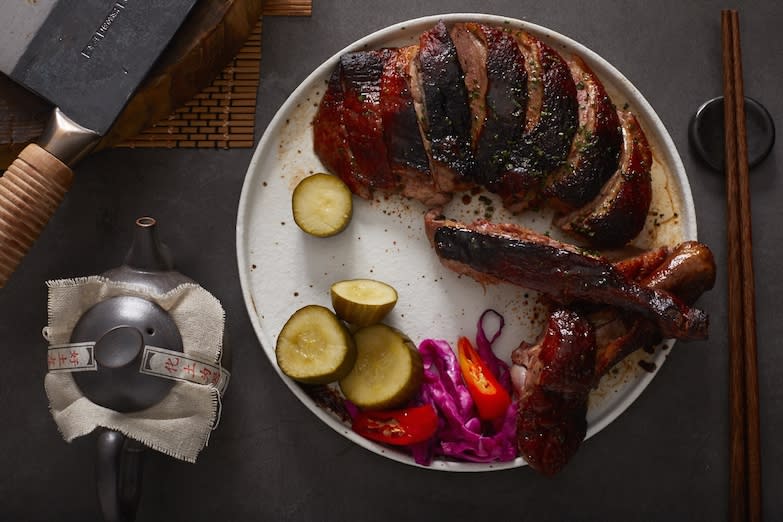 May is shaping up to be an especially busy one for Pirata Group – first, they’re opening Chifa in SoHo (see above) and next comes laid-back, retro Madame Ching on Star Street, named after the infamous female pirate of yore who terrorised the South China Sea. The creative Chinese menu has been inspired by her bold approach, with signature dishes including roast pork and goose served with pickles, sauces and chutneys and “ma po” chip and dip. Cocktails are also heavily influenced by Chinese ingredients like ginger, goji berries and Sichuan peppercorn. 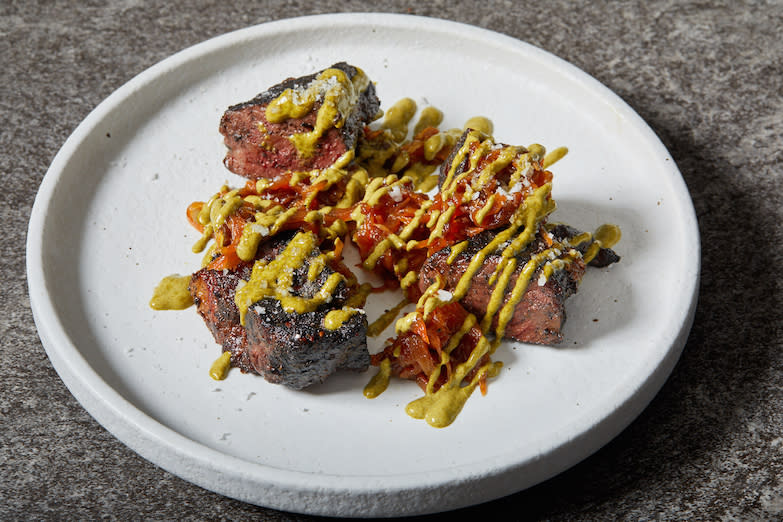 Maximal Concepts’ Mercedes me Store has reopened in Central just a few doors down from its previous location, in an even bigger and better spot. We’re expecting to savour the European and Asian flavours from Group Executive Chef Russell Doctrove and Head Chef Joaquin Elizondo we loved before the move, complemented by East-meets-West cocktails. 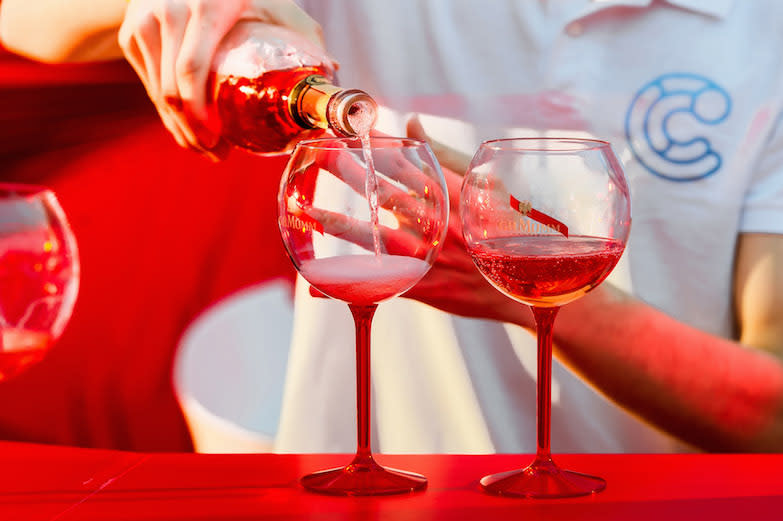 Open on weekends from now throughout the summer, Mumm Summer Beach Club at Cabana in Repulse Bay will pop up for a series of “Save Water Drink Champagne” daytime rooftop parties. Tickets ($620 early bird; $720 at the door) include one bottle of Mumm Grand Cordon Rosé and access to Cabana’s awesome rooftop terrace with its oversized Japanese baths, private cabins, lounge beds and house DJ. 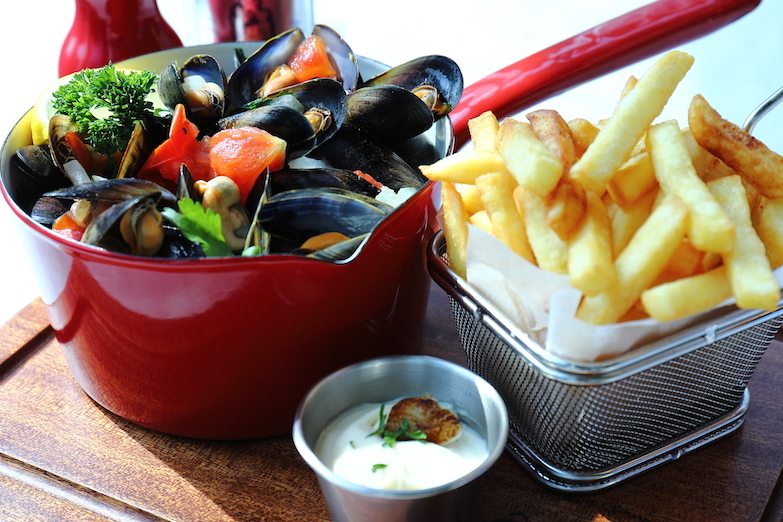 Opening its first branch in Shanghai six years ago, Parisian-style café Odelice! expanded to Hong Kong with a branch in Wanchai in 2014 and has now landed in TST at The ONE shopping mall. The menu offers both classic French dishes including crêpes, galettes and moules marinière but also more inventive East-meets-West options like lobster risotto made with a hint of black bean sauce and spring onion and a calamansi-scented salmon tartare dubbed Le Hongkie. 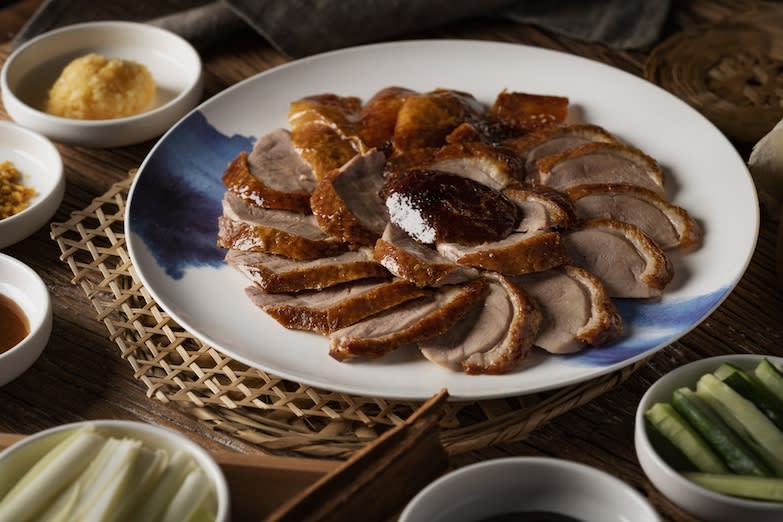 With another location in Stanley, Pinot Duck’s USP is the combination of duck dishes paired with the Pinot wine grape. A custom-built oven takes centre stage in the contemporary space, where ducks from the US’s Maple Leaf Farms are roasted before diners’ very eyes. Dishes include classic Peking duck, duck tacos, mini duck burgers and confit duck leg, complemented by a range of Pinot-based wines and craft beer by local brewer Moonzen. 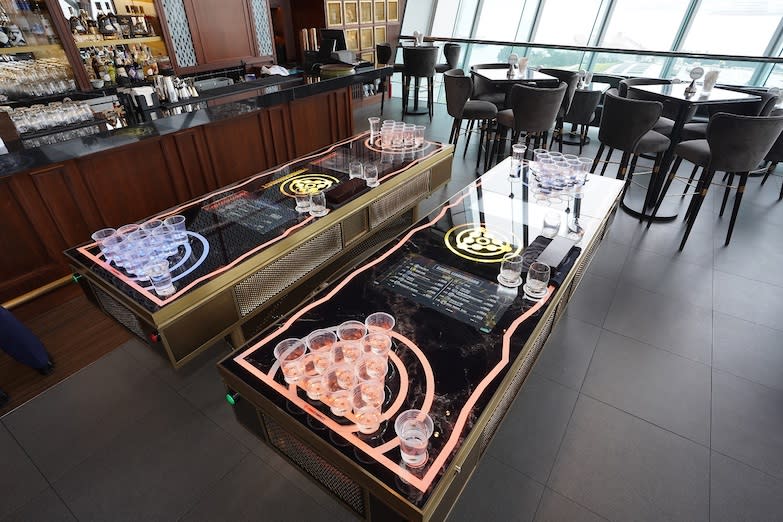 Billed as Hong Kong’s first cognac-themed bar, PONG gets its name from the PONGConnect system it employs, where beer pong players from around the world can compete against one another. Free-flow champagne brunches at the weekend and daily set lunch are also on the cards, as well as seriously creative non-cognac-based cocktails like WOW (vodka + yoghurt + cheese + jasmine tea) – which sounds more like WHOA to us. There’s another branch at ZING! in Causeway Bay. 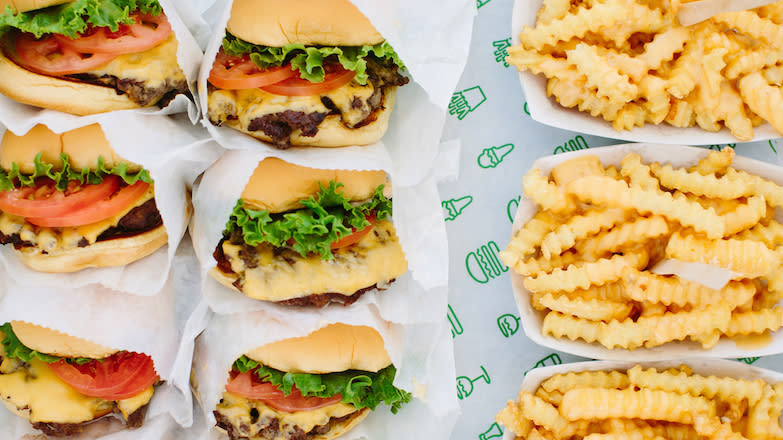 The NYC burger phenomenon of Shake Shack is finally here!

Marvellous rooftop restaurant TOTT’s has a new chef on board, Samuel Lim, who hails from Penang, Malaysia, and has more than 20 years of culinary experience under his belt at hotel restaurants around the world. He’s introduced a new seafood and grill menu that’s got us drooling, with the grilled Boston lobster with black garlic butter the star of the show. 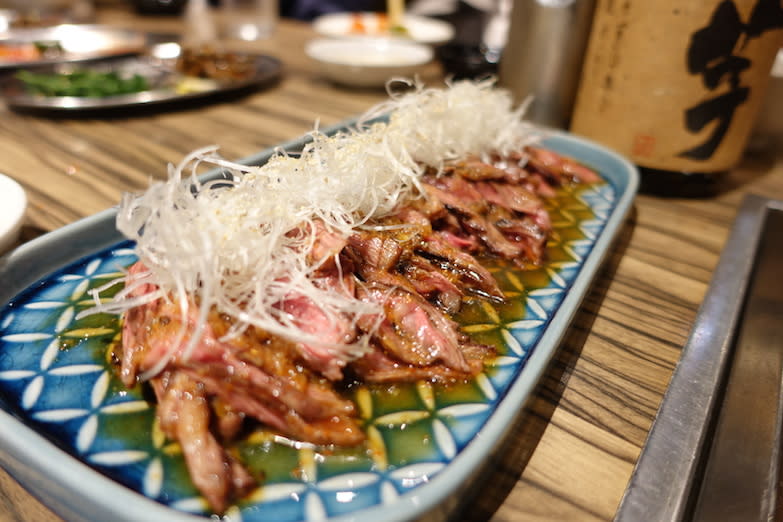 A famed grilled meat specialist from Tokyo, Yakiniku Jumbo is landing in Central in late May, much to the delight of all Wagyu fans. Launched by Global Link Retail Management – the group that oversees Japanese fine dining superstars Sushi Saito, Ta Vie and Tenku RyuGin – this restaurant is set to showcase the best of the best beef from around Japan (including rare cuts such as hip, top round and outside round), a secret-recipe tare sauce for dipping and spectacular grilling and slicing methods.

The inaugural outlet of this beloved burger outlet on Star Street has closed its doors, we’re told because of neighbourhood redevelopment. But don’t fret, burger lovers, the rest of B&L’s branches are still up and running, including the latest location at Hong Kong International Airport, Terminal 1. Click here for locations.

It’s the end of an era with the closure of Peak Cafe Bar at Olympian City, although the popular branch right next to the Central–Mid-Levels escalators is still in operation after more than a decade. So you can head to SoHo (9–13 Shelley Street) if you’re craving good pub-style food (a mix of Asian and Western options, with the pizza a standout), cocktails and a lovely outdoor garden.

Near and dear to our heart – it was our Editors’ Choice Foodie Forks winner for Chef of the Year back in 2016 – we were dismayed to learn that the Michelin-starred (yet still quite cool and laid-back) French bistro Serge et le phoque has closed in doors in Wanchai’s wet market once and for all. We were huge fans of the restaurant’s exquisite dishes that fused classic French techniques with seasonal Asian ingredients. Why, Serge, why?