Related: All New Restaurants for Hong Kong in 2018 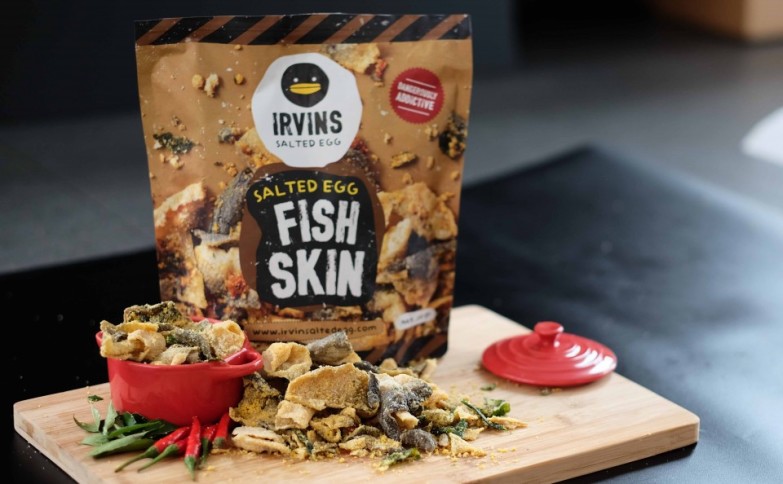 Singapore cult-favourite salted-egg-yolk-snack purveyor Irvins hit Hong Kong earlier this year with a pop-up and then a permanent shop at Harbour City in TST. They’ve now landed at ifc mall along with their new products Salted Egg Cassava Chips (which have a delicate sweetness) and Salted Egg Hot Bomb (spicy to the max). We can’t wait to get our hands on these guys! 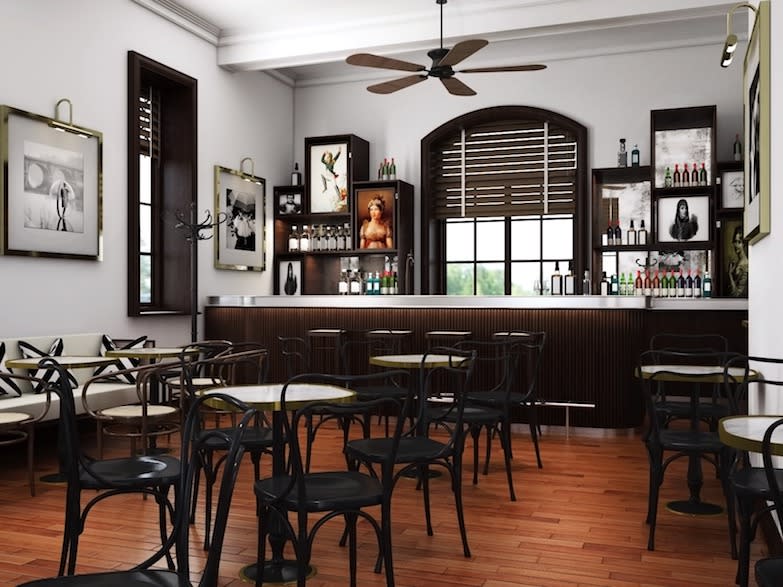 The 10th venue for Gallic restaurant group French Creations, Café Claudel is the first restaurant to open at the brand-spanking-new heritage and arts centre of Tai Kwun, the former Central Police Station compound. This charming, retro café serves up classic Parisian-café-style dishes such as croque-monsieurs, terrines and profiteroles and has a lovely outdoor terrace for watching the world go by. 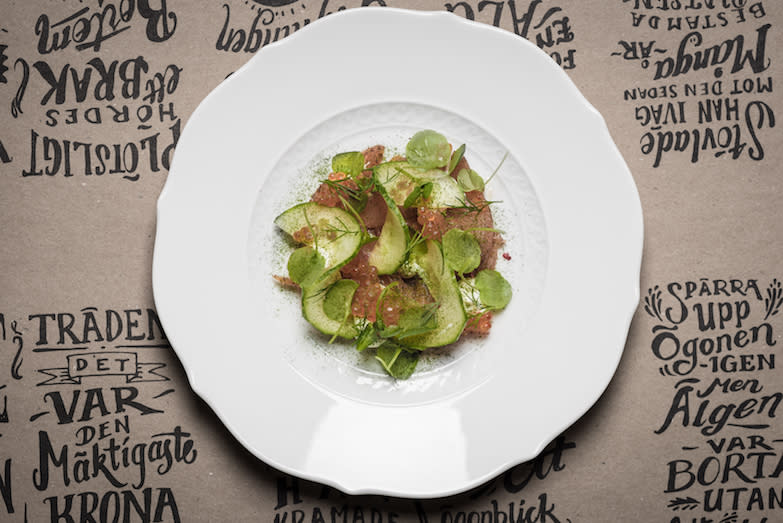 We’re waiting with bated breath for the 16th June opening of three-Michelin-starred Björn Frantzén’s Hong Kong outpost of cool-casual Swedish gastropub The Flying Elk, which will be helmed by talented chef Jim Löfdahl, who also oversees universally beloved Frantzen’s Kitchen. We expect The Flying Elk, which has been designed to mimic a Nordic log cabin, to be just as acclaimed (and difficult to book) as Frantzén’s Kitchen, but this time with a more approachable price point. Utilising both local and Nordic ingredients, the sharing-plate menu features dishes such as halibut with sherry-and-beurre-noisette hollandaise, pork belly, broccoli and hazelnut, roasted elk sirloin with Frantzén “hot sauce”, bitter salad and jus roti, umami salad with duck confit, shiitake, smoked Pecorino, crispy onions and umami dressing and grilled beef short rib and ox heart with horseradish, celeriac remoulade and pickled mustard seeds. During the soft-opening period (16 June–7 July), the restaurant will be open for dinner service, with a complimentary round of signature cocktails offered to each table. 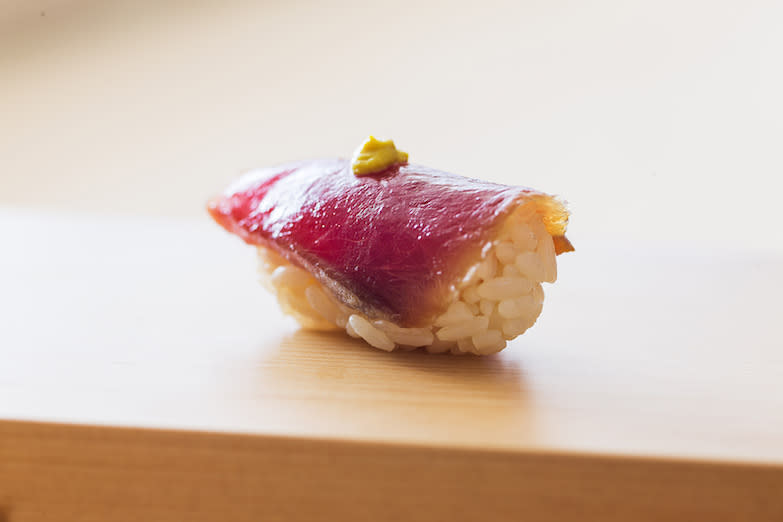 Hot on the heels of Sushi Saito’s opening at the Four Seasons comes this sushi heavy hitter from Osaka. Two-Michelin-starred Sushiyoshi first opened nearly 30 years ago, with Chef-Owner Hiroki Nakanoue celebrated for his modern twists on traditional Edomae-style sushi through creative flavour combinations using seasonal ingredients from Japan and Europe. Seating only 12 diners at a Japanese cypress-wood counter, the multi-course omakase menus (priced from $1,980 per person for dinner and $680 per person for lunch) showcase dishes such as waffle with scallop tartare, Caviar d’Aquitaine uni rice and botan shrimp carpaccio. 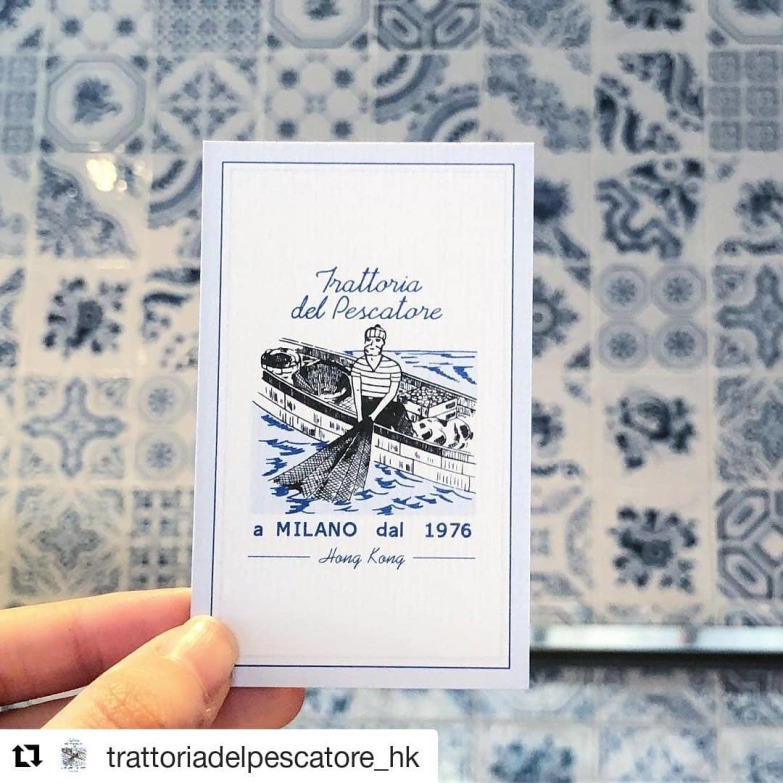 This 40-year-old seafood restaurant in Milan is still going strong today, only now they’ve decided to open a second location, and they’ve chosen our shores for it. Trattoria del Pescatore was founded in 1976 and is famed for its fresh, quality seafood in a casual setting. The restaurant is bringing with it four decades of experience, along with its Italian passion for great food and hospitality. 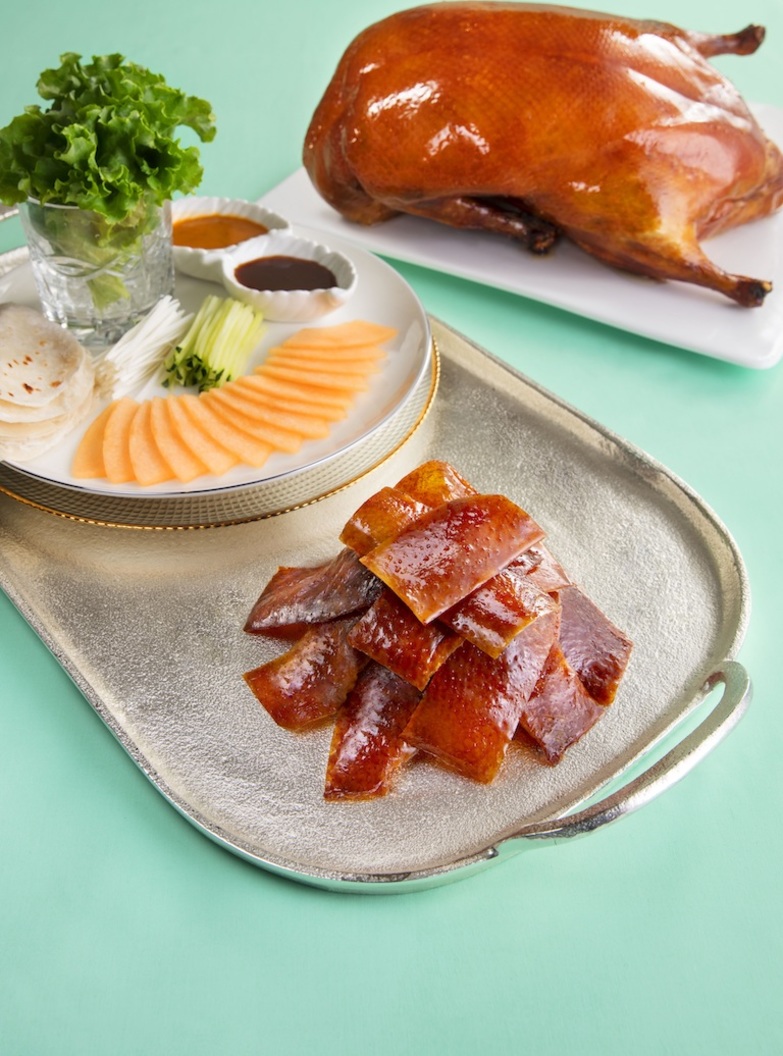 Maxim’s reinvents its Shanghai Garden concept with a new location in Central serving up East-meets-West Shanghainese cuisine in Exchange Square. The signature barbecued duck and stir-fried duck cones are highlights, and the innovative cocktails prepared with aged Chinese yellow wine are served in unique Chinese-style cups and glasses. The space is French inspired, there are some unique takes on classic Chinese dishes and the menu is illustrated with a nostalgic flourish by Hong Kong artist Don Mak. It will be interesting to see how it all fits together. 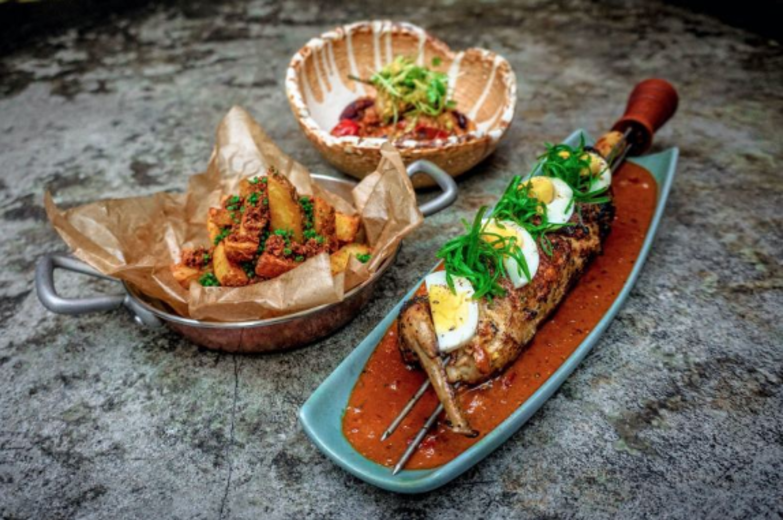 If you’re already a fan of Chef Taran Chadha of BlackSalt (last year’s Foodie Forks’ Editors’ Choice winner for Best Casual Restaurant), you’ll be thrilled by the news of new taproom and kebaberie Salt & Barrel. Collaborating with two local breweries, Black Kite and Kowloon Bay, and The Tramline Liquor Co. comes a reintroduction of the under-appreciated kebab, with Chef Chadha’s modern adaptations using high-quality meats and seasonal vegetables to reignite the public’s love. The 15 draught taps serving up fresh craft beers sound like the perfect accompaniment to us – we’re in. 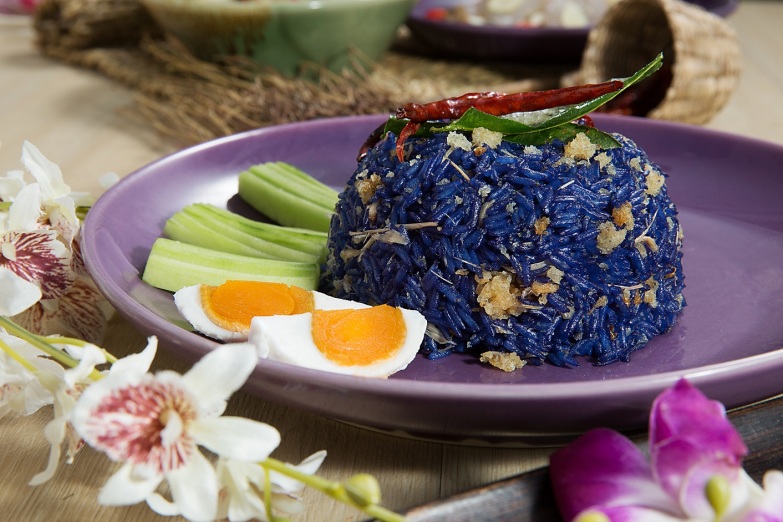 Traditional Thai boat noodles are floating their way over to Hong Kong with Nara Thai Cuisine, a sibling to Apinara at Pacific Place. Recreating their main branch in Bangkok, which was founded by a group of female entrepreneurs, diners can expect authentic recipes handed down through the generations coupled with the warm hospitality for which the restaurant is known. Nara will be serving up three boat-noodle varieties – classic Ayutthaya boat noodles with beef ($98), rainbow-soup rice noodles with fish fillet ($78) and spicy tom-yum glass noodles with pork and pork balls ($78) – as well as other enticing menu items like the colourful fried butterfly-pea rice with crispy fish and Thai herbs ($88) and soft-shell crab yellow curry ($188). They also offer kids’ menus ($68), with options like pad thai with chicken and fried rice noodles with pork paired with fresh juices and homemade ice cream. 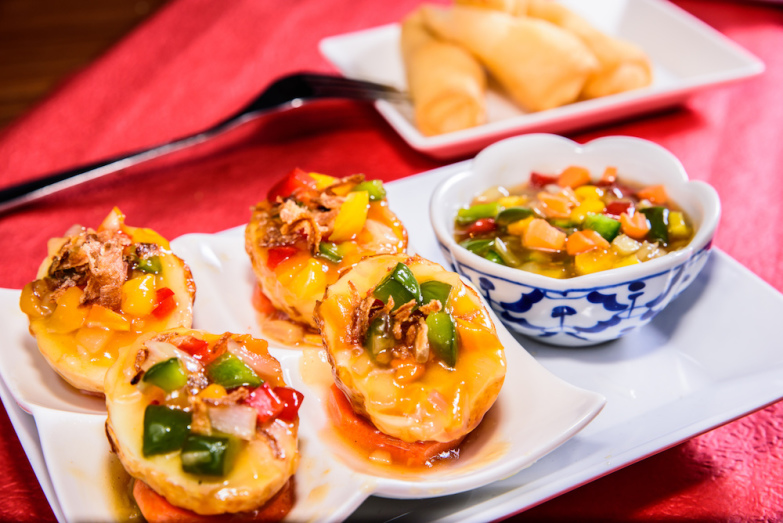 And there’s more from Thailand this month, this one in the form of a private kitchen in Tsim Sha Tsui. Queen’s Kitchen has reopened with a new look to continue to share some of the rarely sampled dishes for which it has become well known. Many of the herbs and spices that Thai-Chinese chef and former cooking instructor Joanna Em-On Fu uses are grown in her own garden. With these fresh ingredients, she creates traditional Thai dishes such as the lesser-known street-food dish of son-in-law eggs ($78), northern Thai speciality khao soi (coconut curry noodle soup; $108) and kaeng liang (spicy mixed vegetable soup with shrimp paste; $148). Queen‘s Kitchen will be open for lunch, dinner and cooking classes and can seat up to 80 guests. 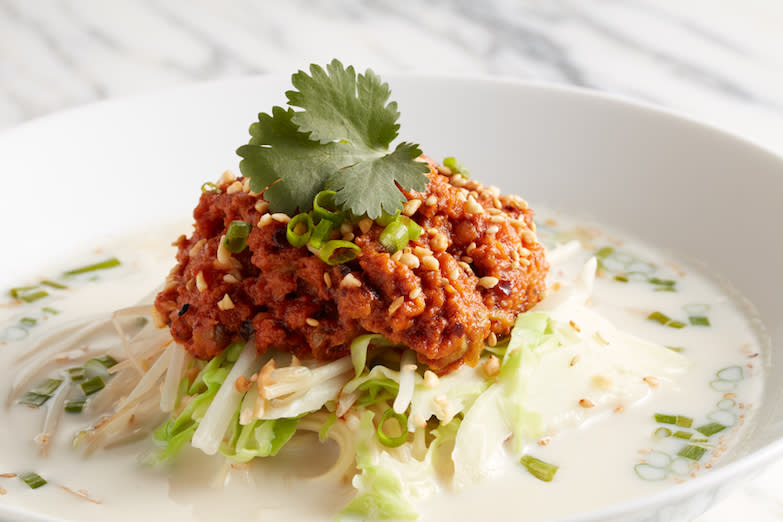 The founder of pioneering plant-based grocer Green Common, David Yeung, has opened in-store eatery Kind Kitchen at GC’s flagship Nan Fung Place shop in Central. The vegan menu showcases three outstanding plant-based food products – the Beyond Burger, Just Scramble and Omnipork – incorporated into delicious fusion dishes like these dan dan noodles (above), made with Omnipork. The vegan kids’ menu also deserves a shout-out – not a chicken finger in sight! A “mini common” kids’ corner and pint-sized shopping trolleys with guided shopping lists are there to keep little ones entertained.