The time is summer, the season for shaved ice. Choose between Japanese, Korean, and Taiwanese adaptations of this dessert and taste them right here in Hong Kong. 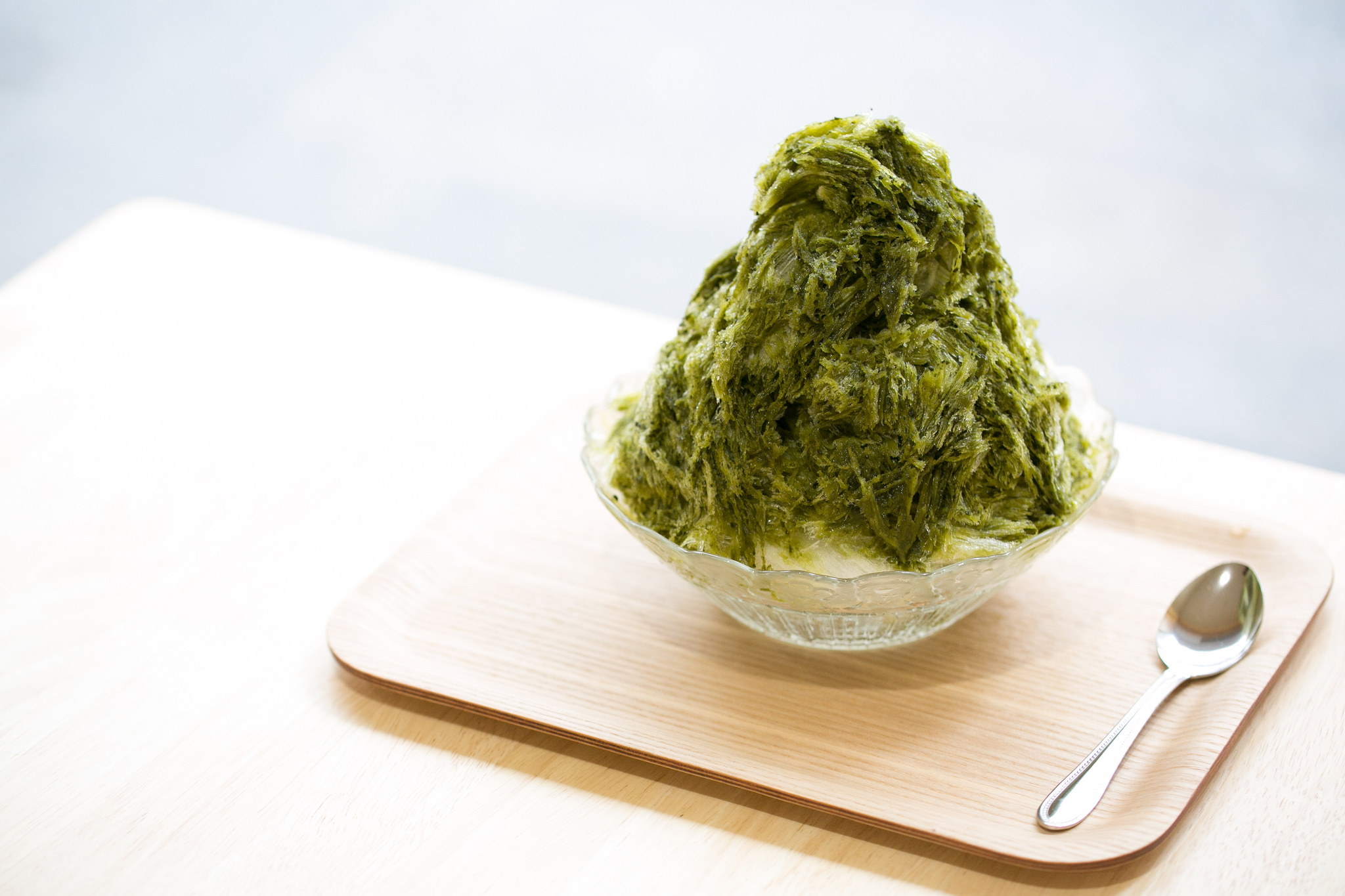 Kakigoori (かき氷) is structurally simple: sparsely-spaced toppings adorn and draw the gaze to a mountain of shaved ice. A single stream of distinctly-coloured syrup descends upon the mountain, and slowly this icy structure disintegrates. There is something beautifully delicate in the way that the ice collapses on itself when coming into contact with the syrup, which invades the crystal structure insistently, bringing with it a touch of hypnotizingly vibrant colour that invites one to scoop a spoonful of this mesmerising dessert.

Popular Kakigoori syrup flavours include strawberry, green tea, coffee and cherry blossom, all of which pack a powerful punch of sweetness as the ice melts blissfully in the mouth. The toppings, unlike the dazzlingly colourful syrup, is more subdued. Shiratama has a chewy texture and an understated, sweet flavour; red bean paste is sweet and powdery inside. These simple toppings provide textural support and variation to each bite. 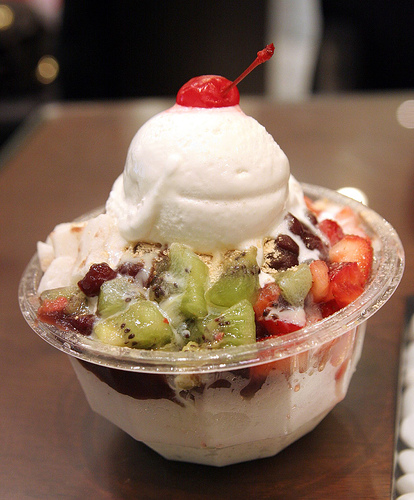 Korea's take on the dessert, patbingsu (팥氷水), is wildly different. The shaved ice sits spherical in the bowl, and is served rapidly melting in condensed milk - a hollow volcano, a fallen empire. Toppings sit atop this ice-milk mixture, the soft whiteness clinging starkly against colourful chopped fruits such as strawberries and globular cutouts of melon. Pastel-shaded marshmallows are comfortably embedded within the chill. Patbingsu is a softly-coloured treat that pleases the eye, and surely, in true twenty-first century fashion, the camera.

There are many variations to this dessert: the snowflake-smooth shaved ice may be crowned by ice cream, spiraling syrup, whipped cream, or all of the above. The ice, smoothest of the three, sparks an ephemeral, spiking chill. Whether sweet, fruity, smooth, or crunchy, patbingsu is a snack sure to elicit a smile.

Where to get it: Hanbing 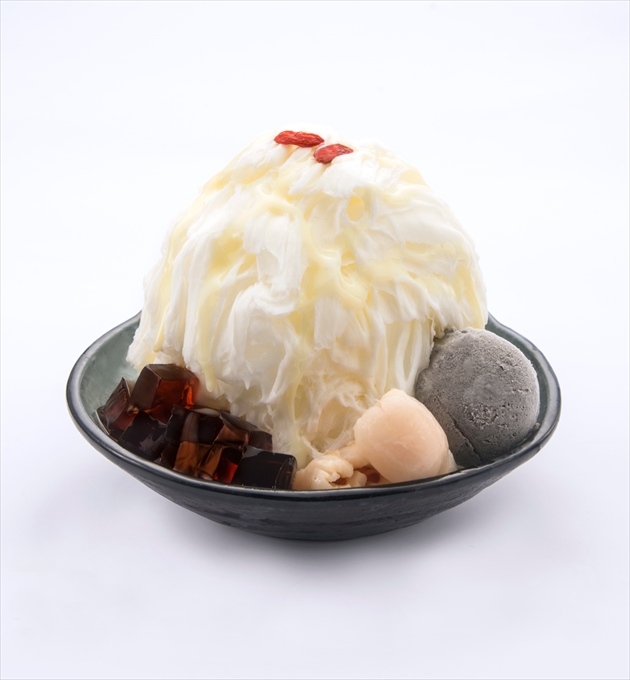 Baobing (刨冰) is Taiwan's variation of the summer treat. In this rendition, the ice is already infused with flavour, and takes on a pastel, barely-transparent appearance. Ice descends in sheets that pile over one another, creating an icy tapestry that resembles softly folded chiffon. Piles of toppings surround the intricate structure like loot: translucent konjac jelly forms a stack of crystal balls while fruits shine like emeralds and pearls.

With a cream-like consistency, baobing tastes a little like ice cream, but significantly lighter. The ice comes in a range of soft shades and distinctive flavours, including strawberry, sesame, green tea, and mango. There is also much freedom in the choice of toppings, yet no matter the combination, there is sweet harmony, both in appearance and taste. The camera eats first:  remember to snap a photo to cement this unique dessert in vibrant technicolor before attacking it voraciously.

Where to get it: Chung nee Dessert, Dessert Kitchen