Our long-term health, and that of the land, requires a cuisine that transforms agriculture

COOK WITH THE WHOLE FARM

By Dan Barber (originally posted on The Third Plate)

Is farm-to-table cooking sustainable? The movement began as a reaction against our expectations for dinner: what we call the first plate, an enormous, protein-centric entrée (usually meat) with a smattering of vegetables. Farm to table, or second plate, champions sustainably raised meat and vegetables but relies on the same architecture. Both models leave farmers overproducing soil-depleting crops like tomatoes and raising animals like lambs to sell mostly just the chops. Our tastes have to change. What we need is a new conception of food, a third plate—a different way of assembling a dish, writing a menu and sourcing ingredients. 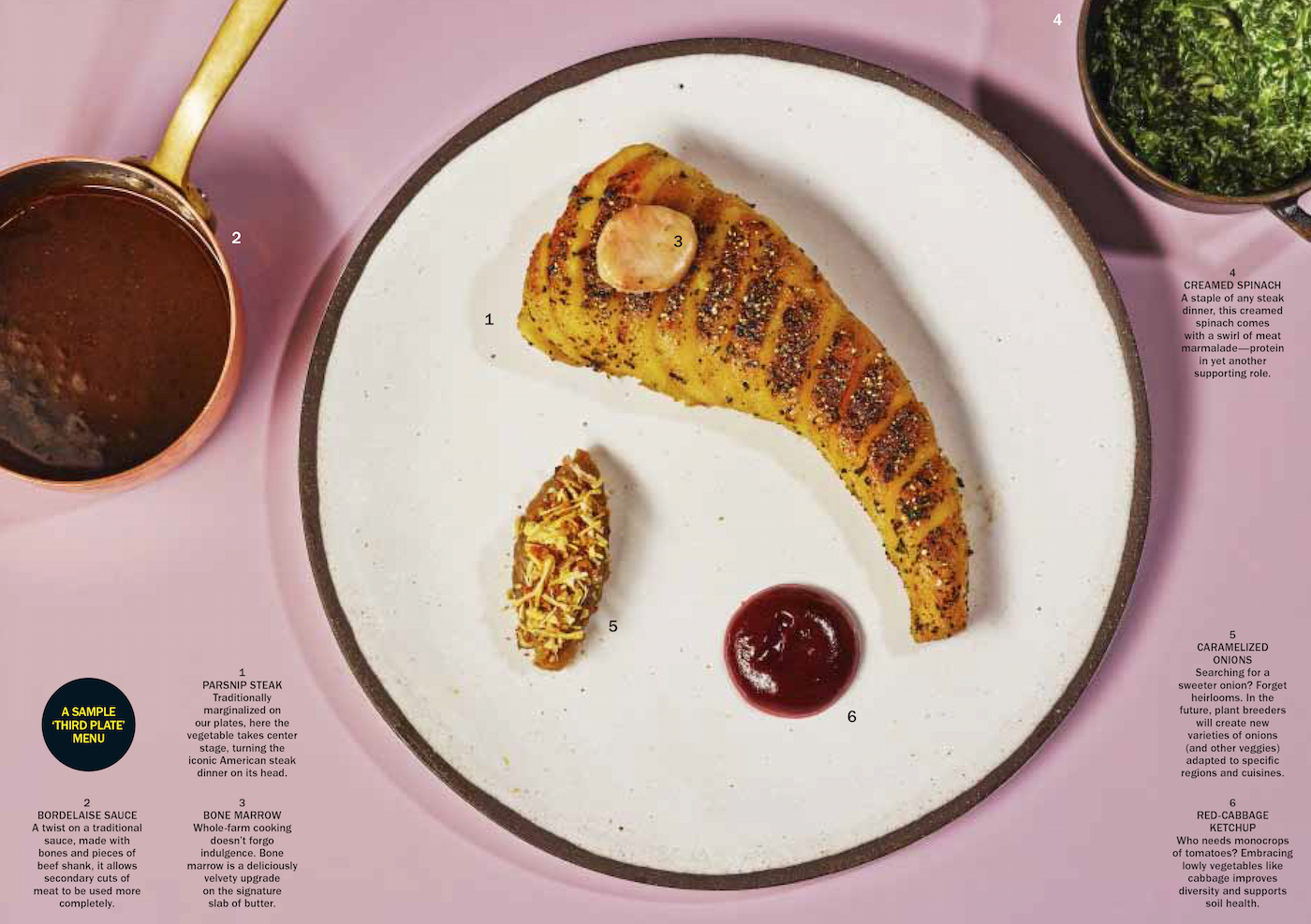 It combines tastes based not on convention but rather on the health of the environment that produces them. It encourages you to cook with the whole farm, recognizing that what we eat is part of an integrated system. It champions an entire class of crops (and cuts of meat) that have gone unrecognized or that by engaging modern plant breeders will require support in the future. It encourages the right kind of demand for what a farm can supply. And like all great cuisines, it forces us into a pattern of eating that adds rather than subtracts, replenishes rather than drains.