An Interview with Kevin Gillespie

The first airtime for ‘Culinary Journeys: Kevin Gillespie’ in Hong Kong, Beijing, Kuala Lumpur, Manila, Singapore and Taipei on Friday July 3 at 2330 HKT. Additional air times listed at the bottom of the article. 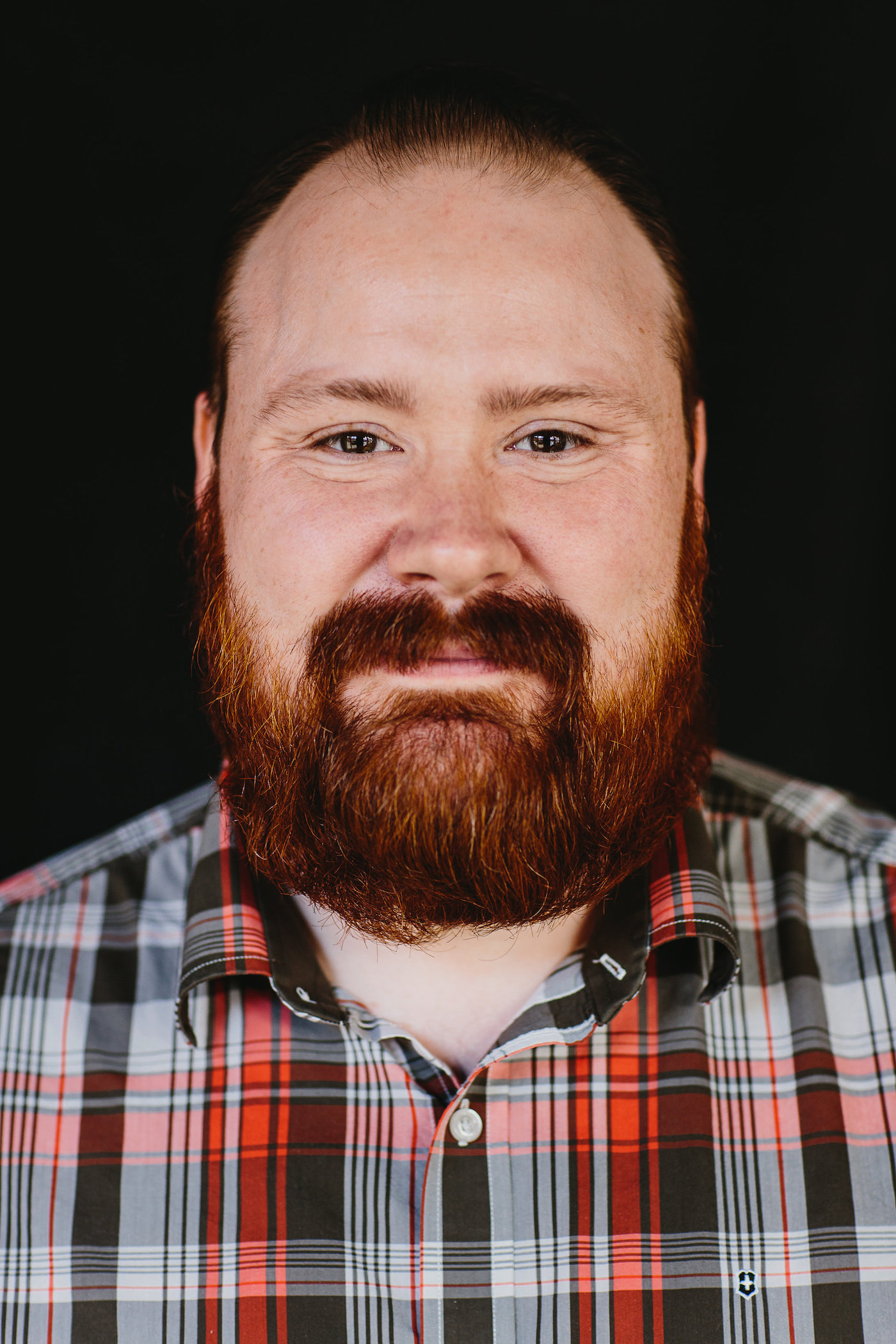 Gillespie’s restaurant, Gunshow in Atlanta, opened in 2013 and is inspired by Brazilian churrascaria-style dining and Chinese dim sum. Gillespie’s passion for traditional, open flame grilling sets him on a Culinary Journey to Buenos Aires, Argentina. Steeped in the culture of the Argentinian Gaucho, Gillespie travels across the Buenos Aires countryside to explore the Asado method of grilling meat.

Along his journey, he has an intimate lunch with world renowned Argentine chef Francis Mallmann to discuss what it takes to prepare the perfect open flame Asado.

‘Culinary Journeys’ is a series of monthly half-hour shows on CNN International, which feature world-renowned chefs on a journey to explore the cuisine of one of the world’s food hotspots. In each episode, the cookery travelogue sees a chef leave the bustle of their own kitchen to discover a culinary experience in another country. 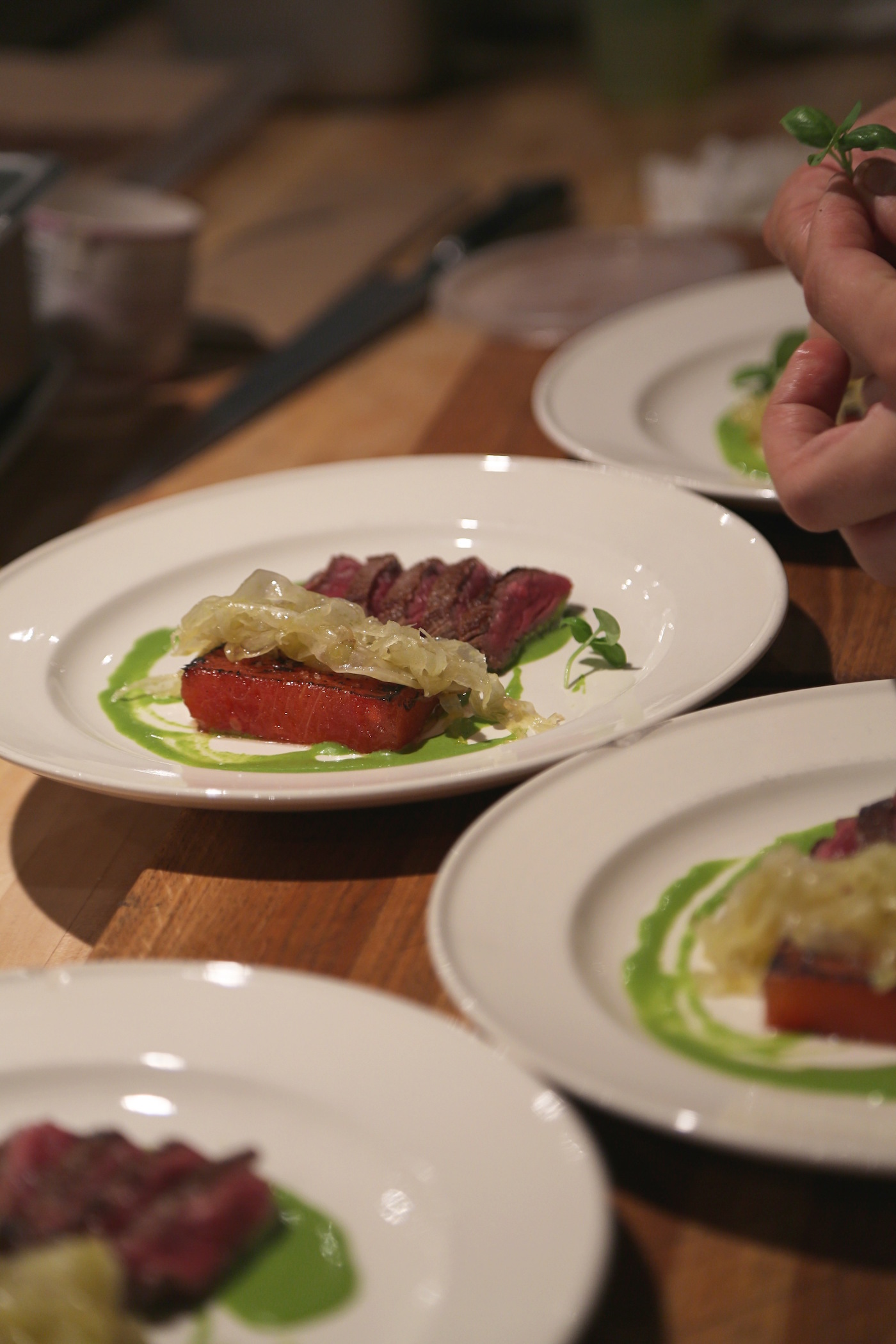 What will viewers learn about you on CNN Culinary Journeys?

You will learn that I approach the food I prepare at home with a world view. It’s not just the ‘what’ but the ‘why’. I like to understand the ingredient before I put my stamp on making something with it.

In Culinary Journeys you go to Argentina to revisit the Asado technique and cook this country’s famous meat. What does this technique represent to you?

This type of cooking represents the shared culinary kinship the U.S. has with South America. People forget that we learned from similar sources. We have a shared history. It was like learning about my own. Fire is so important to humans – it has power, is enchanting. There is a resurgence of traditional cooking and that includes open fire.

Which were your favourite dishes in Argentina?

I really liked the dish called Asado. It uses a very similar technique to the traditional BBQ. It’s a simple technique but like many things that are very simple, it takes a long time to master it. I also thought the chorizo was the best I’ve ever had. And I fell in love with provoleta. 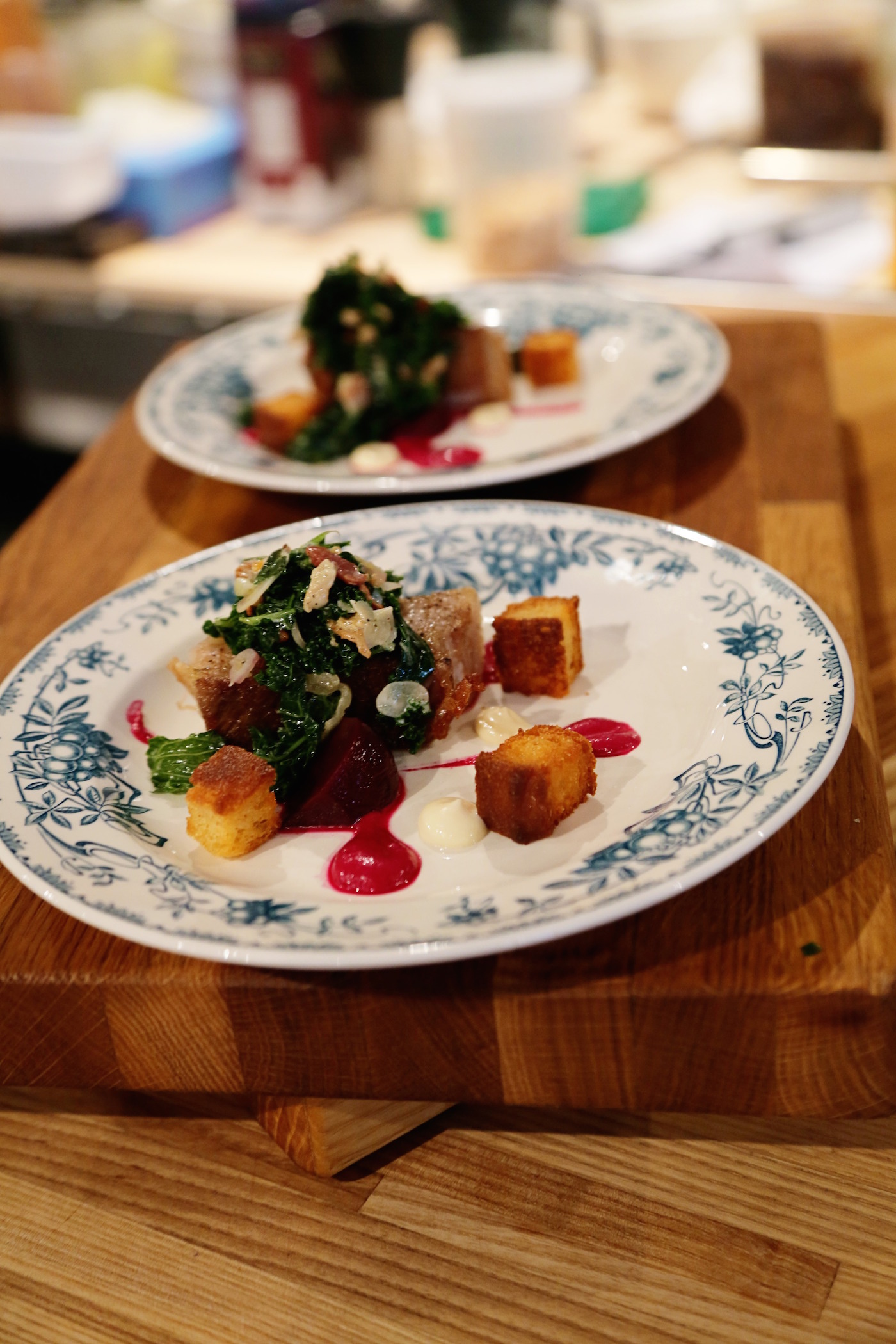 What are the most important qualities of a chef?

Focus and the ability to handle the pressure of scrutiny. Also, you have to remember that your work is meant to bring people pleasure so there has to be a light heartedness to it.

What is your favourite cuisine and why?

That’s a tough question. It’s a tie between Southern American and Indian. I love both and am passionate about both. I am convinced the two are tied together.

The turning point in your career was when…

Shortly after I returned from filming ‘Top Chef’ was my turning point. Not only did our business and my visibility spike but it was also the culmination of me deciding that I wanted to approach my dishes from a more soulful level. 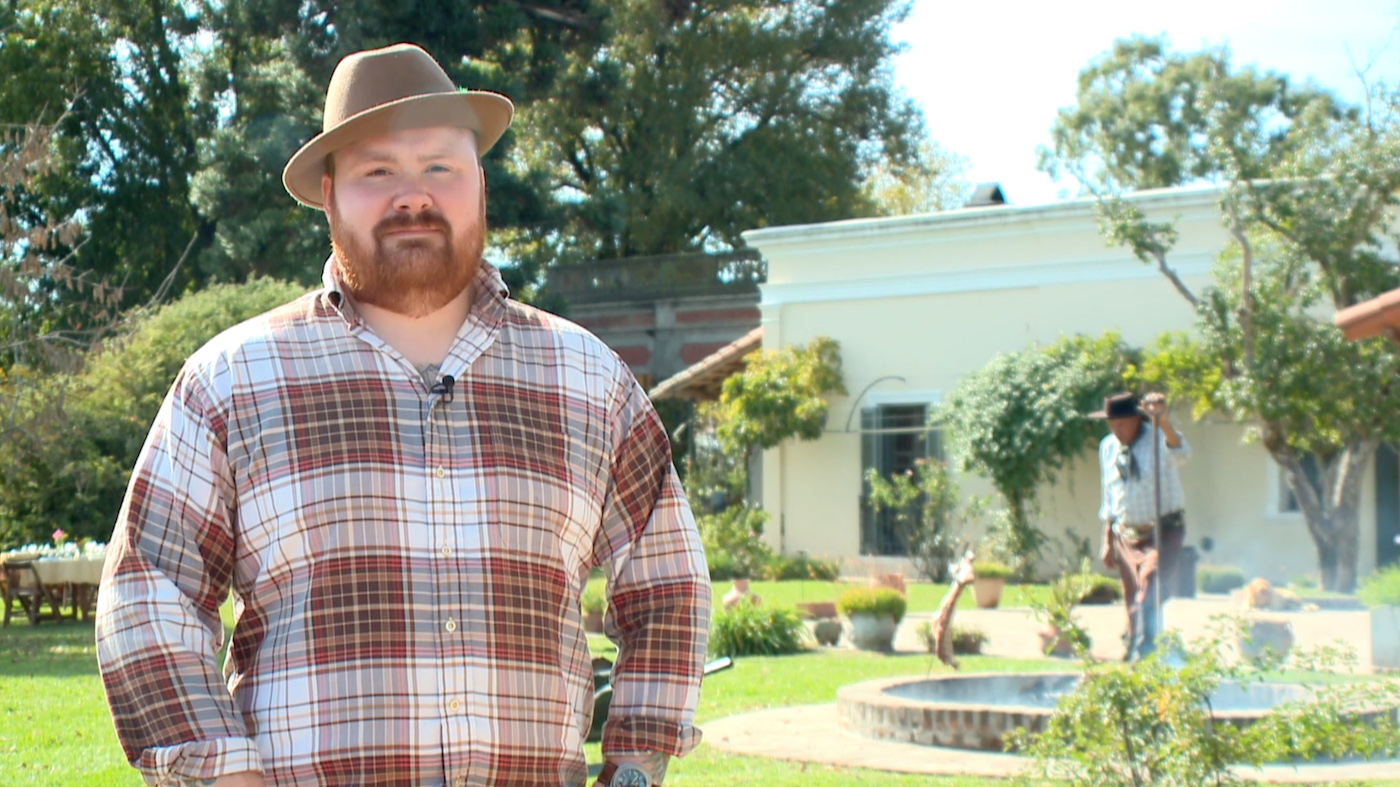 Which culinary creation are you most proud of and why?

My warm banana pudding. It brings such joy to people! And also because it is a piece of my family’s food history that was almost lost. I resurrected it.

What keeps the fire in your belly going?

Other than daily indigestion? I have always been extremely driven but now what drives me most is to be fortunate to have opportunities that create opportunities for those around me. There are many talented individuals around me and I can be the catalyst to help them live their dreams.

What are the big culinary trends in the U.S. right now?

Vegetarian-centric meals – some prefer for health, meat prices are high, and vegetables are flexible to work with. And secondly, “open armed” cooking is popular – embracing the melting pot that is the U.S.

What kind of recipes are included in your book?

In my book, Pure Pork Awesomeness, I share my passion for cooking pork in 100 recipes with global flavors. Everything you need to know about selecting, cooking, and enjoying pork is included, along with over 100 full-color photos. 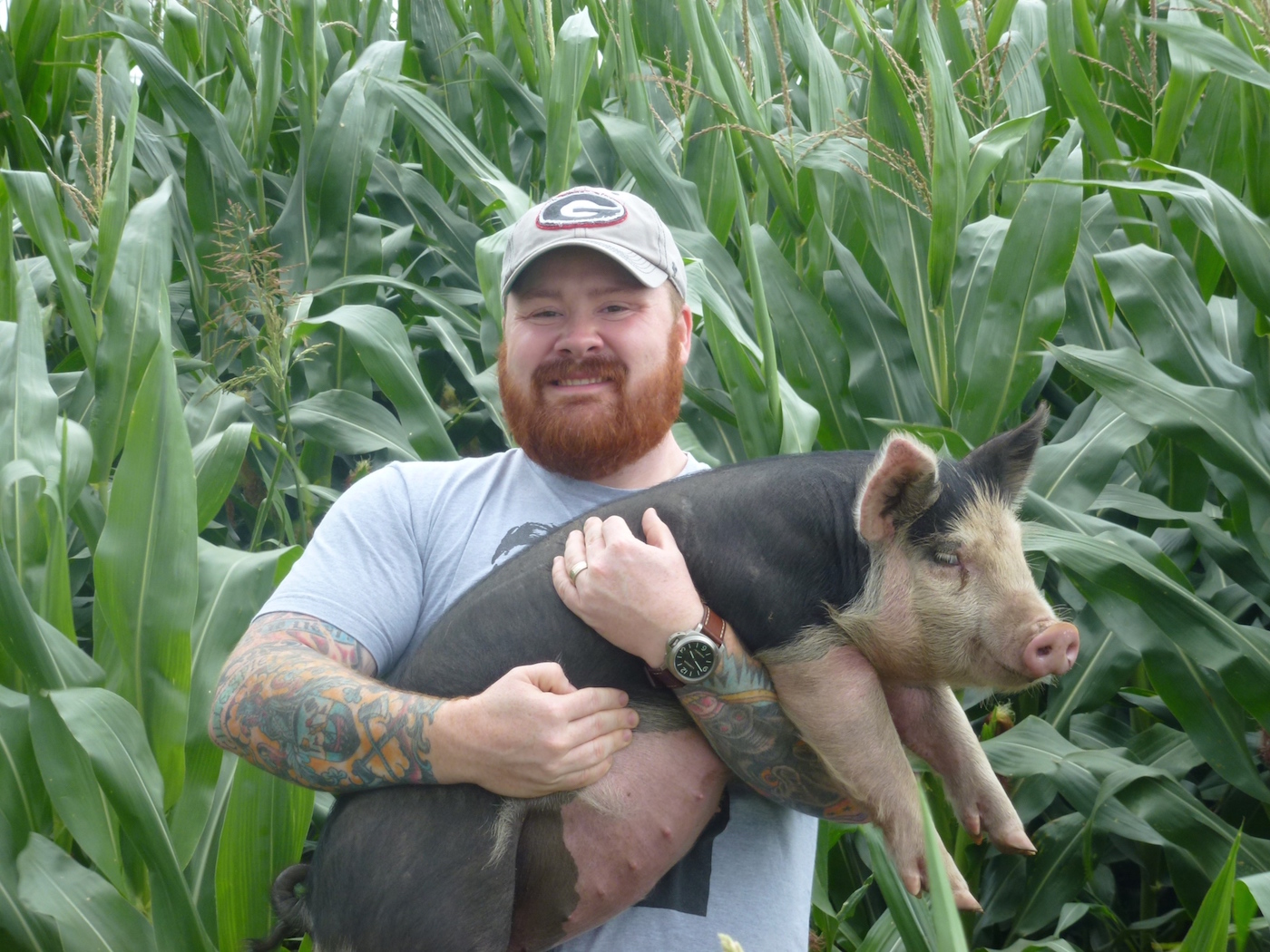 What is your next project?

I am about to open my second restaurant. It’s called Revival and is a nod to my Southern heritage and will feel like you are dining at my home for Sunday dinner. We’ll focus on farm-fresh ingredients and offer a family-style dinner. It’s in an old house and will be really comfortable. It is set to open in Decatur at the end of July.