Exciting Pop Up Restaurant This Week in Hong Kong

James Sharman, previously of the Pawn Hong Kong, is hosting an exciting pop up this week for five nights only (Jan 19th - 23rd)

James Sharman was part of the team that reopened The Pawn last year, and has spent the last three months staging at the one and only NOMA in Copenhagen. He and a team of talented chefs are bringing an exciting pop up to Hong Kong this week for five days only (Jan 19th - 23rd), featuring a seven course tasting menu. 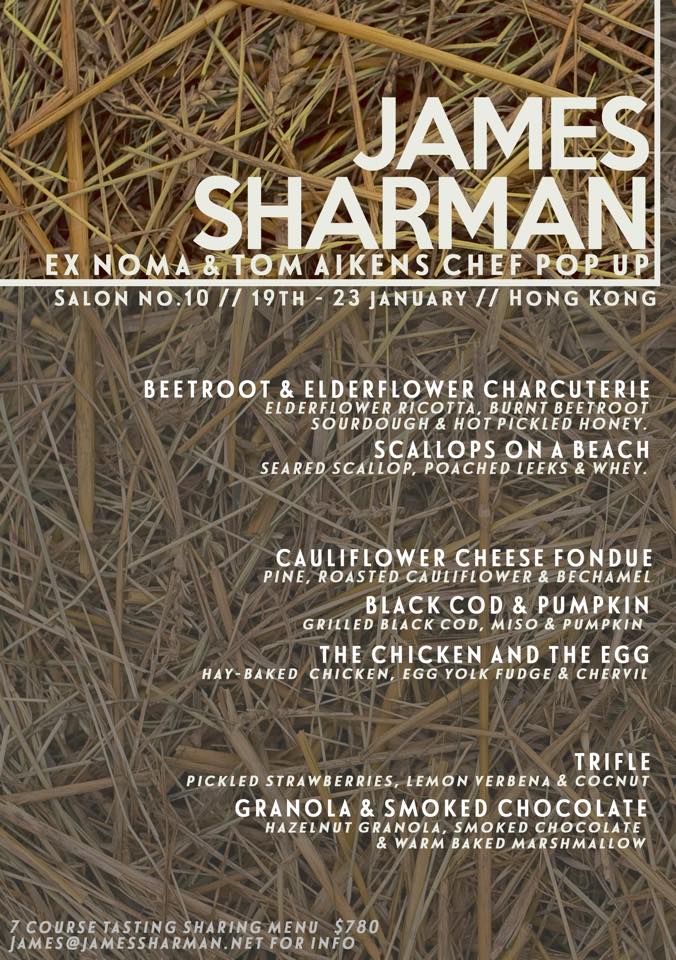 Former chefs from Noma (Copenhagen) and Tom Aikens (London) are flying into Hong Kong to create the pop-up restaurant at Soho Printing Press, a former industrial printing press converted into a unique dining space. The concept is a ‘sharing-tasting menu’ where each course will be served by the chefs. 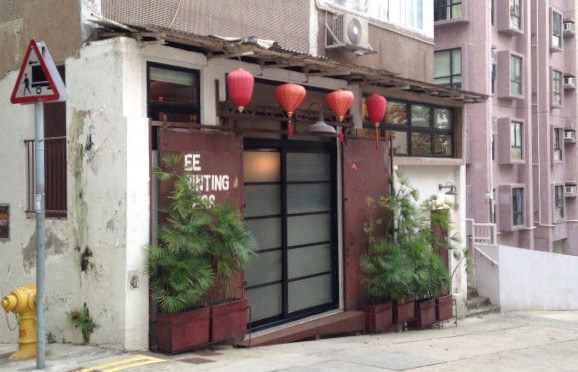 The aim is to create Noma-quality cuisine along with a socially engaging experience between the diners, the chefs and the food. Located in an eclectic venue, James and his team will turn the old industrial Soho Printing Press in Sheung Wan into their canvass for 5 days. 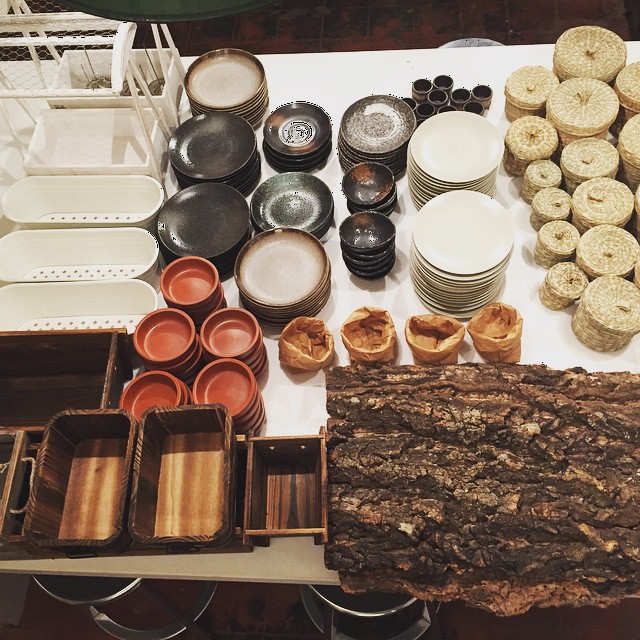 1) Tell us about your background and how you got started as a chef. How did you get to where you are now?

I started in kitchens at the age of sixteen, working in as many different kitchens and exposing myself to as much as I possibly could. Eventually I found my way to Tom Aikens' Chelsea restaurant. It was the most intense, ruthless and brutal environment I had ever seen. I was instantly addicted.

Noma has to be the other main influence that has helped me develop my own style. It is an environment that gives you confidence as a cook. For the first time, you are encouraged to ask questions and challenge what you think you know. For me, working at Noma was about so much more than just Nordic cuisine. It gave me direction.

My real goal now is to make food an exciting and intimate social experience.

There was a dish at NOMA called "Grilled Greens”. It was a scallop fudge brushed across the plate covered with a few grilled foraged leaves. Guests were encouraged to eat the leaves with their fingers. It was incredible, and it blew me away the first time I saw it.

3) Who has inspired you?

I would have to say Tom Aiken. When his name is mentioned amongst London chefs, it is usually followed by a nod of respect. I have never met a chef more ferociously creative and driven to force people to be their best, drive new ideas and run such a perfectly smooth kitchen. 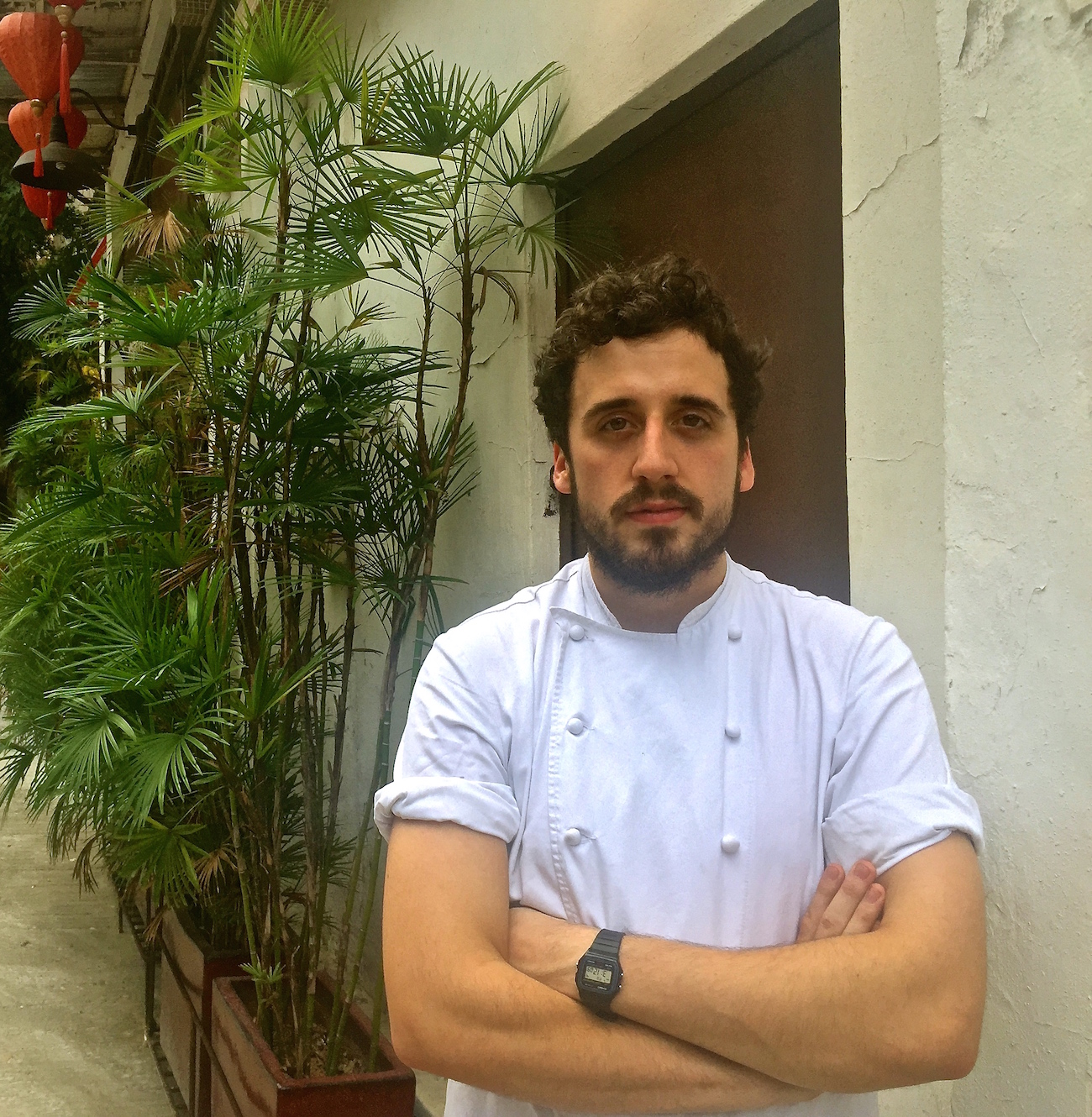 4) What brought you to Hong Kong?

I came to Hong Kong for the first time with Tom Aikens to re-launch The Pawn in 2014. I fell in love pretty much straight away, I have been coming back when I can ever since!

5) What do you love the most about Hong Kong?

I love how quickly the restaurant scene evolves in Hong Kong. People are open to, and excited by, new ideas. It encourages much more creativity from our side.

6) Where do you go to hang out in Hong Kong on your nights off?