Lobster Central is a new lobster roll-speciality joint that has opened up on Stanley Street, and may be serving Hong Kong's best lobster roll

When it comes to the buttery, creamy, lobster-y lobster roll industry, Hong Kong has been a little down on its game. There have been some fine contenders, but none that have been able to provide the joy of being able to drop in, look at a menu of two to four options and then leave on a deeply satiated seafood roll high in the way Luke's Lobster roll in America or a Burger & Lobster roll in London are able to deliver. 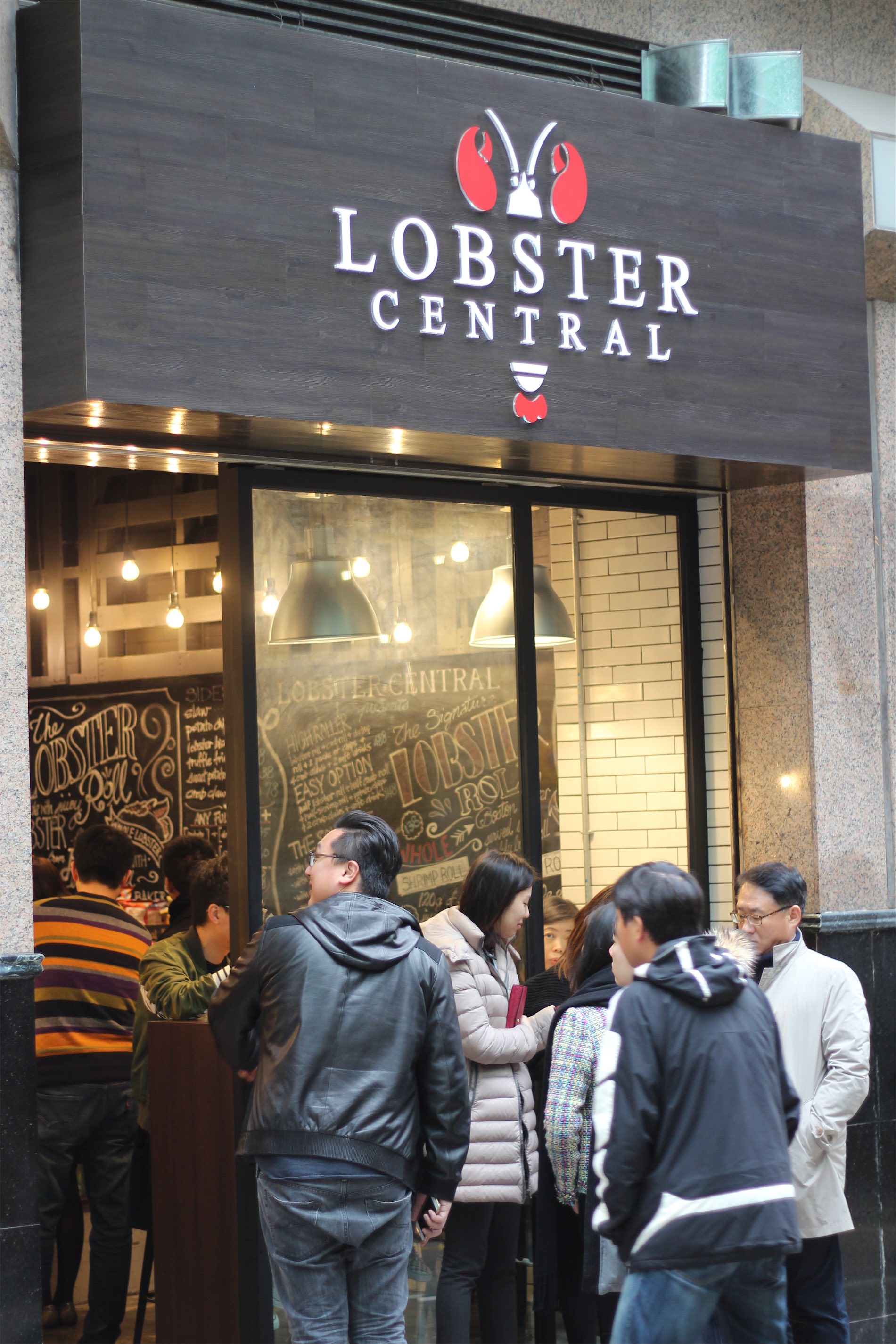 Lobster Central is in, well, Central, on Stanley St and they serve a mean lobster roll. I mean really mean. I mean the kind of mean that involves a perfectly buttery brioche bun, plump pieces of Maine lobster and seasoning that is pointedly similar to the Luke's Lobster seasoning (which we are made to believe is comprised of celery salt, thyme, oregano and black pepper in the States and is likely similar here... Though the owners won't let us in on the exact recipe). The only difference is how tender the lobster is; in HK it is a little stringier, which is likely due to the rather large distance it flies to get here. After a BOS - HKG flight we too would probably be a little stringy. The seasoning is all that is used to enhance the crustaceans' natural flavour, which is absolutely preferable to the cream-slathered alternatives many of us would be used to. 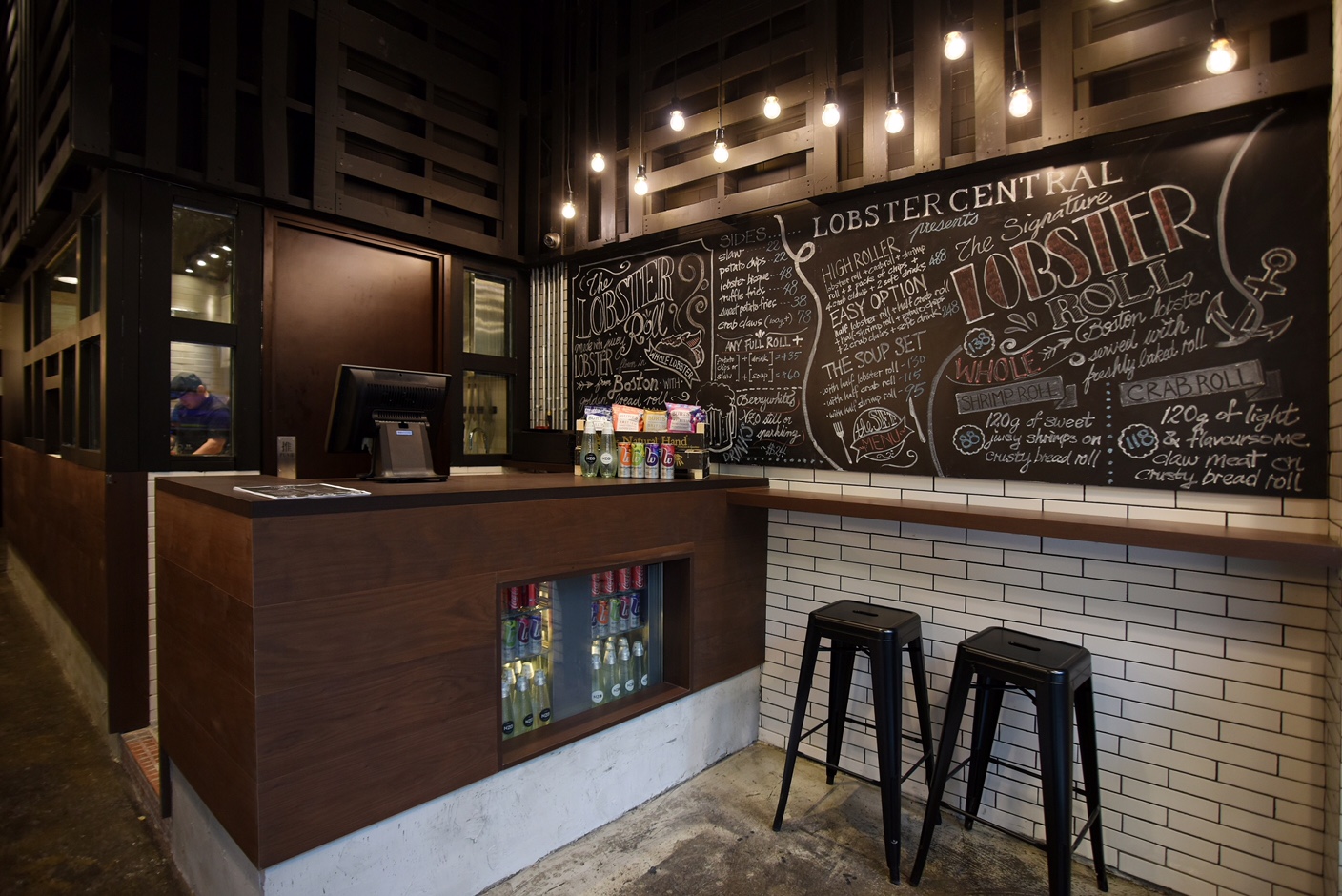 Each of the lobster rolls ($138) are made with a whole Maine Boston lobster. Everything goes into the rolls, from the tail, knuckles and the claws. All Maine Boston lobsters weigh at least a regulation weight of 1lb and when caught, are boiled on site in seawater before being flown in from the US. All the shells are made into a lovely lobster bisque ($48) which can be ordered as a side. Other sides include truffle fries ($48) and sweet potato fries ($38). 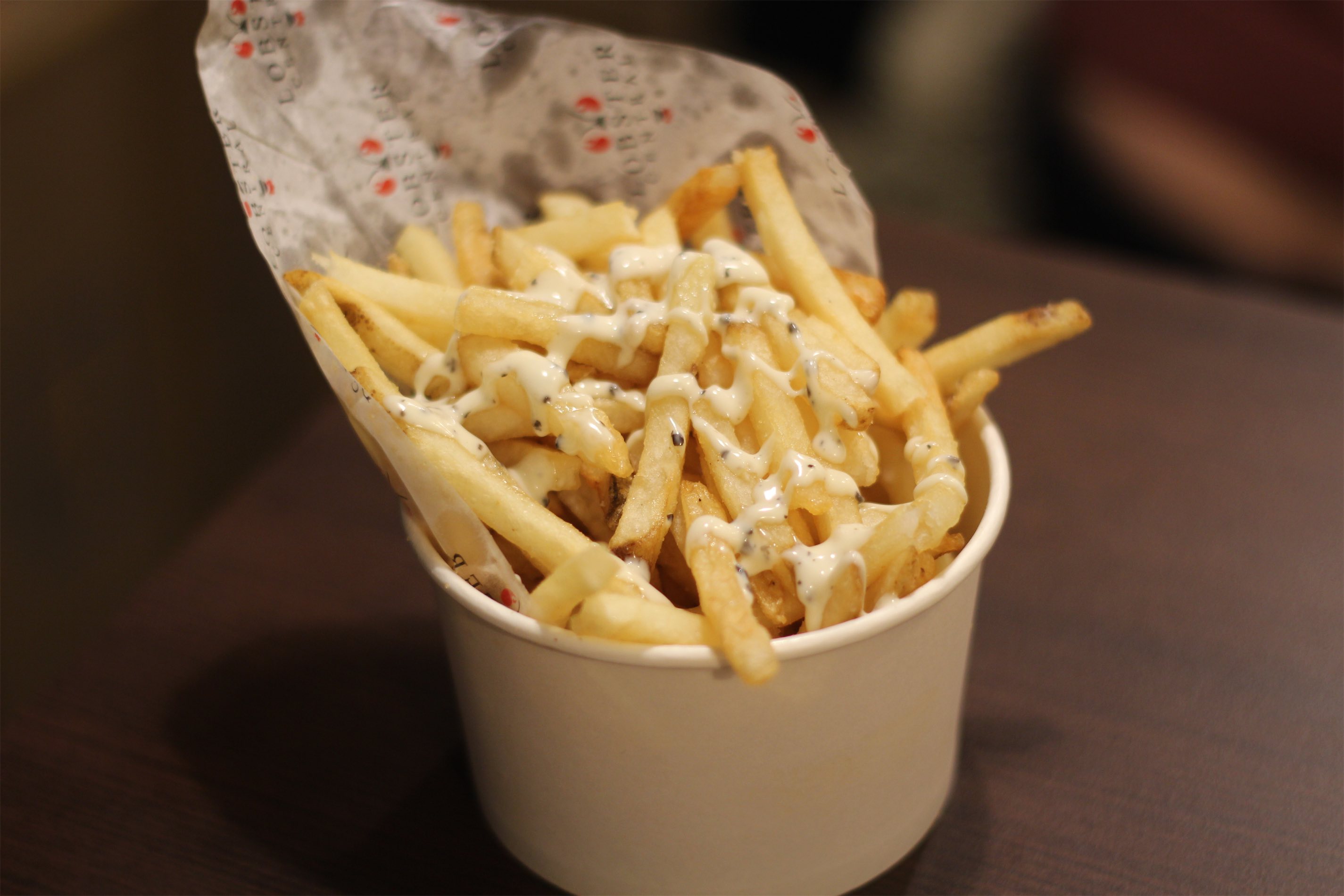 If lobster isn't your jam, I liked the crab roll nearly as much as the lobster roll. So often – again with the overcompensating cream situation – these are too rich and the crab gets lost. Because only the light and flavoursome claw meat of a crab is used in their crab rolls ($118), this is not the case. The shrimp roll ($88) – also tasty but not quite as show stopping as the crab / lobster has some fine, chubby shrimp to boast about, and both shrimp and crab rolls boast a minimum of 120g of seafood in every order. 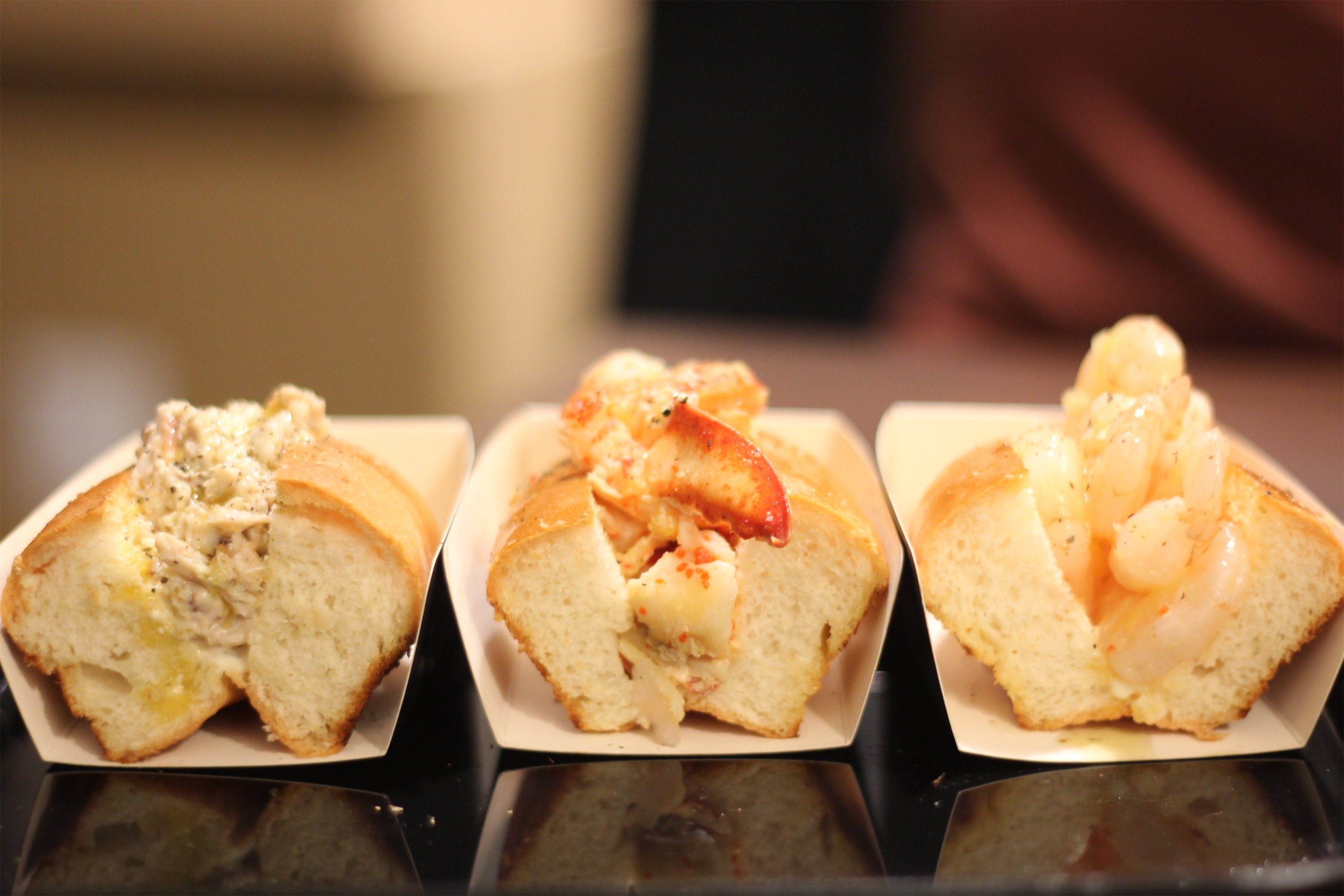 If you can't decide, the Easy Option Set ($248) is helpful, because as the name suggests, The Easy Option means you can taste everything. It's made up of half a lobster roll, half a crab roll, half a shrimp roll, two crab claws, a pack of Burts potato chips and a soft drink which can be either Berrywhites organic fruit juice or NZO spring water. For those who like to share, the High Roller Set ($488) works for two people with a whole lobster roll, whole crab roll, whole shrimp roll, four crab claws, two packs of Burts potato chips (England) and two soft drinks. 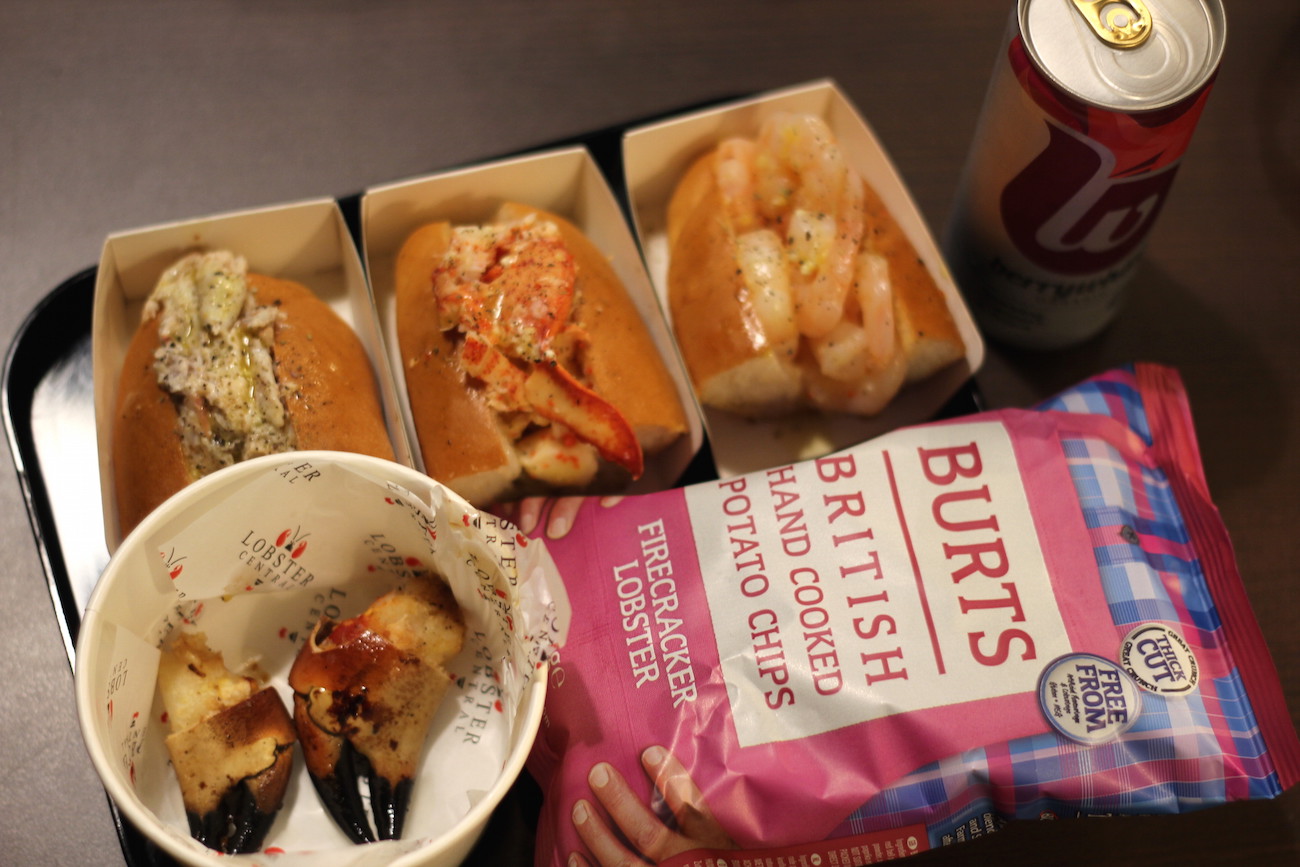 They have gone pretty Luke's with the interior too, utilising exposed brick washed in white and monochrome colours throughout to make it quite Manhattan-esque.

Lobster Central is not exactly Luke's Lobster, and it is not trying to be an outright franchise, but it's pretty damn close in terms of taste and vibe. And the rolls are the best I have had in Asia so far in this genre. 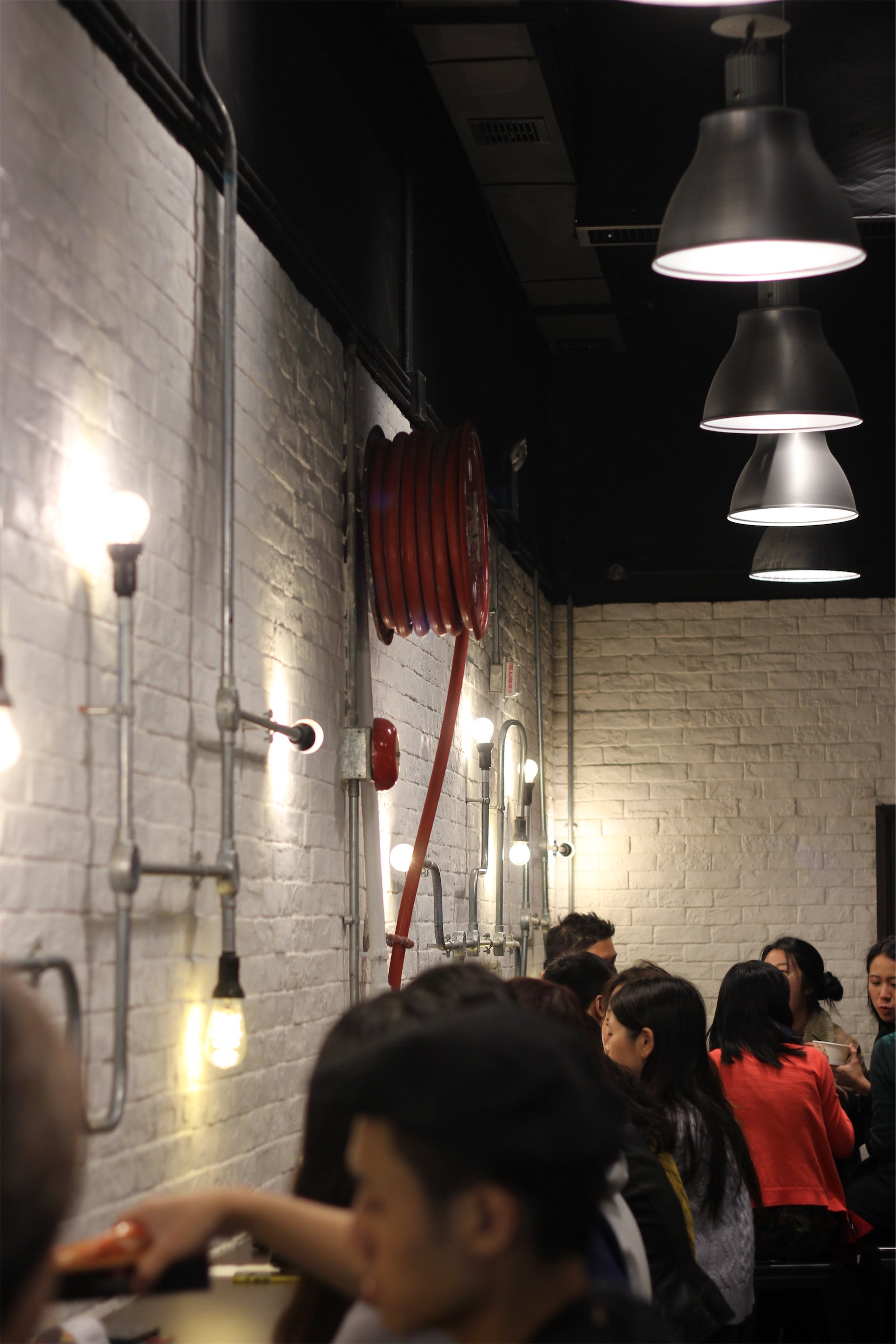