At the one and only Luk Yu Tea House, which is the best representation of 1930s nostalgia left in Hong Kong, dim sum is not necessarily the crown jewel; especially for tea drinkers.

The perennial Luk Yu Tea House is now more often than not seen as overpriced, a little out of touch and its service can be frowned upon. Perhaps memories tend to illuminate the present as I have long been a loyal fan and resolutely remain so since tagging along with my grandfather for breakfast dim sum when I was barely old enough to drink tea. That cup of aged pu-erh tea and dim sum made the authentic way is still simply one of a kind, set in a tea house that both evokes and preserves the bygone era of elegance.

To truly appreciate Luk Yu, one needs to cast the mind back to when it all started in 1933, modelled after those turn of the century restaurants in Shanghai’s French concession area, and indulgences in stories (anecdotal or otherwise) that altogether make it such a fascinating institute. 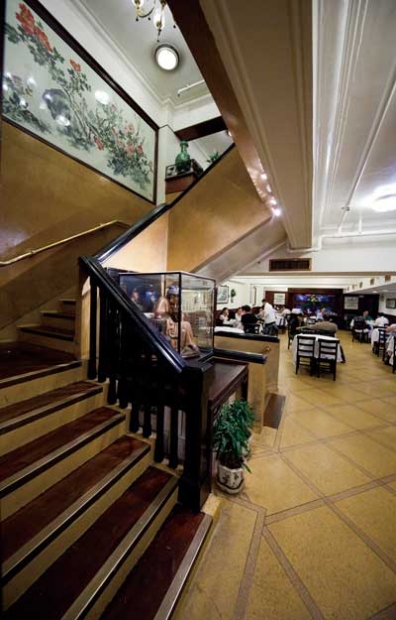 Pu-erh tea has always been my all-time favourite for its earthy and lingering mellowness. Whilst I am no expert, the pu-erh in Luk Yu must be amongst the best served in Hong Kong restaurants (the tea house is named after the renowned Tang dynasty tea sage and author of the world’s first tea art-science classic). I cannot get enough of that bitter aftertaste that endures with each sip coming from aged pu-erh leaves. Rumour has it that a tightly secured albeit small tea “warehouse” is located above the tea house (it was burglarised when news leaked where the prized tea is stored). The ripe pu-erh from Yunnan is only served after being aged for more than fifteen years in the warehouse and blended by Luk Yu’s very own tea masters. Most pu-erh comes from Yunnan and the general convention is that the Guangdong area (south of China) prefers ripe pu-erh for its earthier red date taste, whilst in Yunnan, raw pu-erh is preferred and raw is also the choice for pu-erh connoisseurs (this is another story for another time).

Rarely have I tasted pu-erh that gives the rich mellowness I crave for, on my untrained tea drinking palate, only once in Beijing did the pu-erh taste more superior. Admittedly from my recent lunches at Luk Yu, the earthy tea richness seemed to have gone downhill slightly as mutterings from the staff alluded that the Yunnan tea leaves quality is simply not what it used to be (as with many things in life and more to the point the slippage is perhaps due to overharvesting). Yes Chinese tea is conquering the world, pu-erh (and the likes of iron Buddha lady, dragon well, white peony) is now served at the finest hotels and starred restaurants, however in my humble opinion none come even close to the lingering bitter aftertaste quality that Luk Yu still commands (they also serve other fine teas).

Allowing an afterthought here, whisky, particularly that from Japan, is vastly underrated and not until its recent discovery has its immense quality been received somewhat explosively by the world. Curiously I think pu-erh is equally endowed with such qualities, thus grateful I am to Luk Yu for preserving that heritage, and also relieving the world for now who only sees it as a niche commodity.

The dim sum dishes add to the aura of the place as no other place on earth does it quite like Luk Yu. Steamed beef balls with a distinct taste of tangerine peel and beancurd sheets are divine, the fish maw stuffed with shrimp paste is exquisite; as is the steamed chicken “big bun”, which is almost extinct in Hong Kong (think three char siu bun in one – a timeless favourite of the previous generation). The pork liver stuffed with pork-and-shrimp paste is tantalising while the yeung chow fried rice exudes the aroma of a sizzling wok at work. The walnut cake is nutty with flavour and that precious dark soya sauce is decked out on the smallest of plates. Predictably Luk Yu has its misses, the baked garoupa rice was fishy, the shrimp dumpling skin not as translucent as it should be, and the staff still grumpy. However it still serves fundamentally excellent food with style and character. 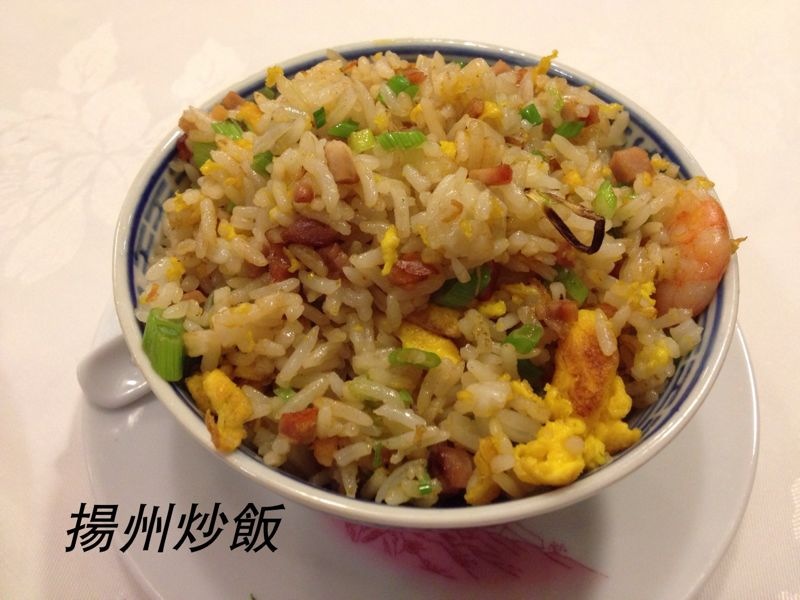 When Luk Yu first started some 82 years ago, its premise was on Wing Gut Street in a former bank, founded by a former bank employee and a restaurant manager. The partners wanted a tea house that served superb quality Cantonese cuisine steeped with tea culture. During the heydays of the twenties and thirties, Guangzhou was the fashionable centre of the universe for culture and cuisine (so called Lingnan culture), and Luk Yu emulated that trend in its cuisine, its décor (the mahogany pear sandalwood furniture, its renowned Chinese calligraphy and paintings, the elegant staircase, the infamous spittoons for chucking away cold tea), and by this time the great and powerful of Hong Kong descended upon Luk Yu. Most of these original features were retained when Luk Yu moved to its present location in 1976 as the Wing Gut's lease expired. The story has it that the reigning tycoon patriarchs (amongst them the Fok, Li, and Kwok families) at that time bought the existing building for Luk Yu because the landlord made too many demands on the new lease, so that the restaurant they each held in high esteem could carry on. In that golden era of Hong Kong, Luk Yu flourished. Artists, entrepreneurs, tradesmen, and actors frequented the place, and they often gifted paintings to the owners as a token of friendship. A number of paintings were lost from a robbery with the owners barely batting an eye so it was told, promptly proceeded to replacing them with another selection from the vast reserve of paintings held by the tea house, and life trotted along.

Such is the reputation of Luk Yu, such is the foresight of its founders, and such is a rare display of history that is the jewel in the crown of an old forgotten piece of Hong Kong. 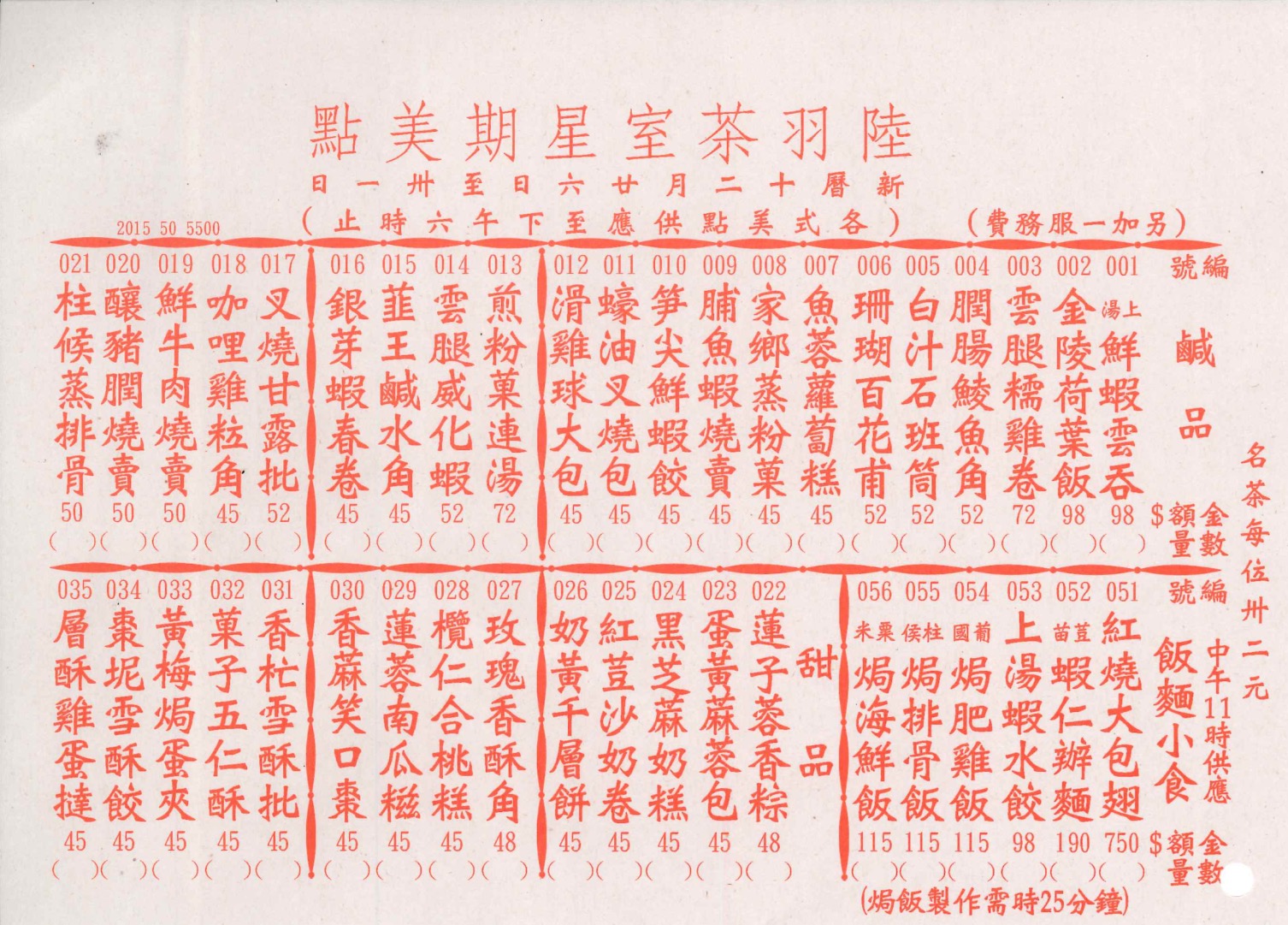