The Grouper Crisis in Hong Kong

Groupers rarely make it to their fully grown adulthood stage as trawling takes its toll, causing a grouper crisis in Hong Kong

A current WWF report details the various fish available in the wet markets that are most commonly eaten in Hong Kong. Those species directly from HK include:

Of these, the case for the Giant Grouper and sustainable fishing is worth noting.

The giant grouper is the largest member of the grouper family. It is tasty, nutritious and highly regarded in Asia as a premium fish comparable to the salmon in Western countries. Because of this popularity and the subsequent rising demand of grouper, it has been a struggle for the species to thrive in Asian waters. Like all other sea fish, it has been overharvested in recent years and is becoming rare, with the possibility of becoming extinct. Experts believe that overfishing decreases future supplies and ultimately affects our food chain and marine ecology as a whole. 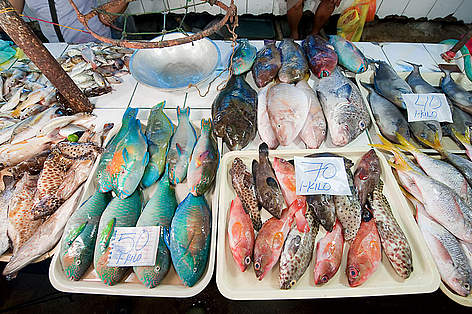 Global catches of groupers rose by nearly 25 per cent between 1999 and 2009 to 275,000 tonnes a year according to Food and Agriculture Organization figures. Most of these captures happen by means of trawl nets which are pointedly unsustainable, not only for horrible experience for the fish and the damaging effects on the reefs where these fish tend to dwell, but also because trawling captures fish that are juvenile and haven’t yet had a chance to live and procreate.

Because groupers have slow life cycles, they are among the more vulnerable types of species and easier to overfish than many other species. A far more humane and sustainable approach would be a pole and line method that would subsist the local fishing community, or to look to aquaculture (which organisations such as Aqua Tech Asia have pioneered in Hong Kong).

The commercial culturing of grouper dates back to the mid-70s, with Taiwan being one of the first countries to farm grouper at scale. According to WWF Hong Kong, grouper species for which the lifecycle has been closed and which are being farmed at a commercial or semi-commercial scale has grown since then and now includes around a dozen species. 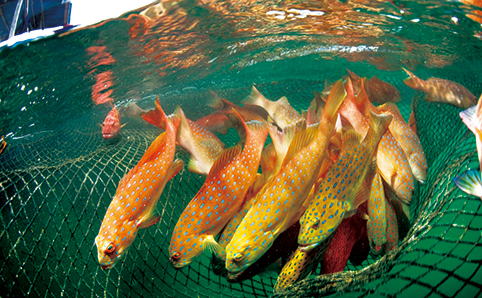 If concerted efforts to reduce trawler fishing and increase line and pole fishing/aquaculture can be employed, groupers stocks have a shot at rehabilitation. Because of the high demand places on these fish, the efforts must come from both higher level policy implementation as well as individual and restaurant choices to buy sustainable, clean groupers for daily meals.