This year, Nurdin is taking time to travel and further explore ingredients and food cultures outside of Hong Kong. It is important for chefs to continue to develop one’s ideas and knowledge, to keep educating themselves and their teams, and to progress. Nurdin will be visiting Japan, Vietnam, Singapore, United Kingdom and Scandinavia. He will be in close contact with his chefs to relay inspiration throughout his travels to ensure the menus at NUR continue to embody Nurdin’s philosophy and bring guests invigorating, healthy dishes and ingredients.

#NURonTour began in the Philippines where Chef Nurdin was invited to be a speaker in the inaugural Madrid Fusion Manila. In Hong Kong, Chef Nurdin is known for his dedication to fresh seasonal ingredients to create deliciously nutritious dishes and his dedication did not change in Manila; he contacted local fish suppliers and farmers in the Philippines to find the freshest ingredients to use for his presentation. 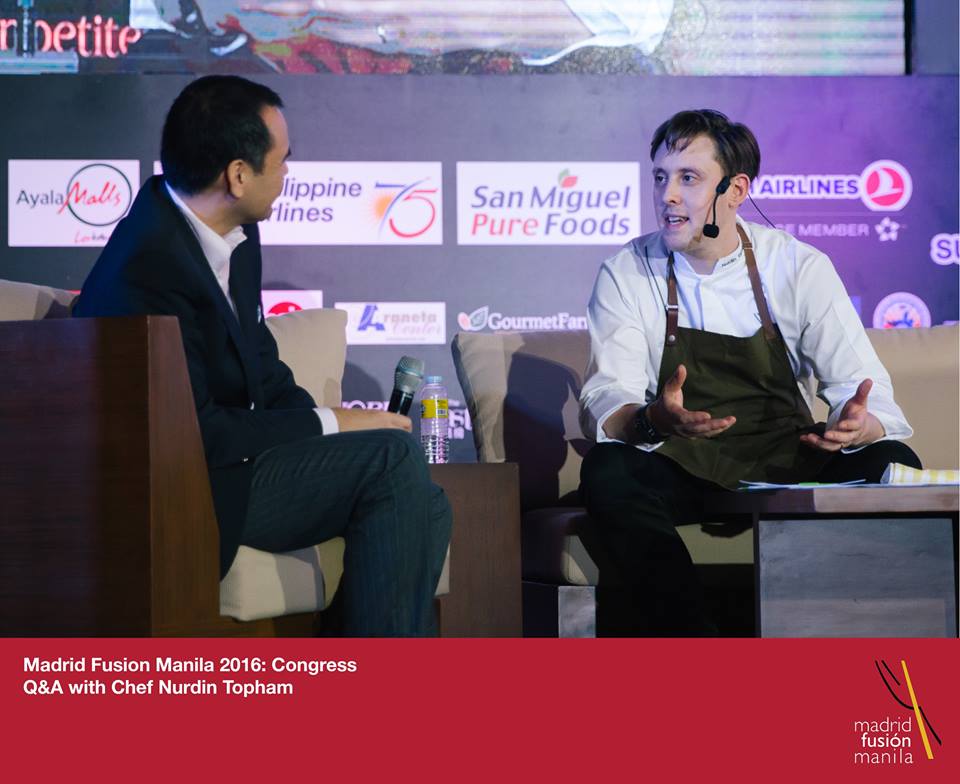 “It is such a great honour taking part in this event being such a young restaurant” said Nurdin when starting his presentation. The title of his talk was Nutrition and Gastronomy, telling the story of how he opened restaurant NUR in Hong Kong as well as cooking two dishes on stage, using local sustainable yellowfin tuna and brassica seeds to make the dish. 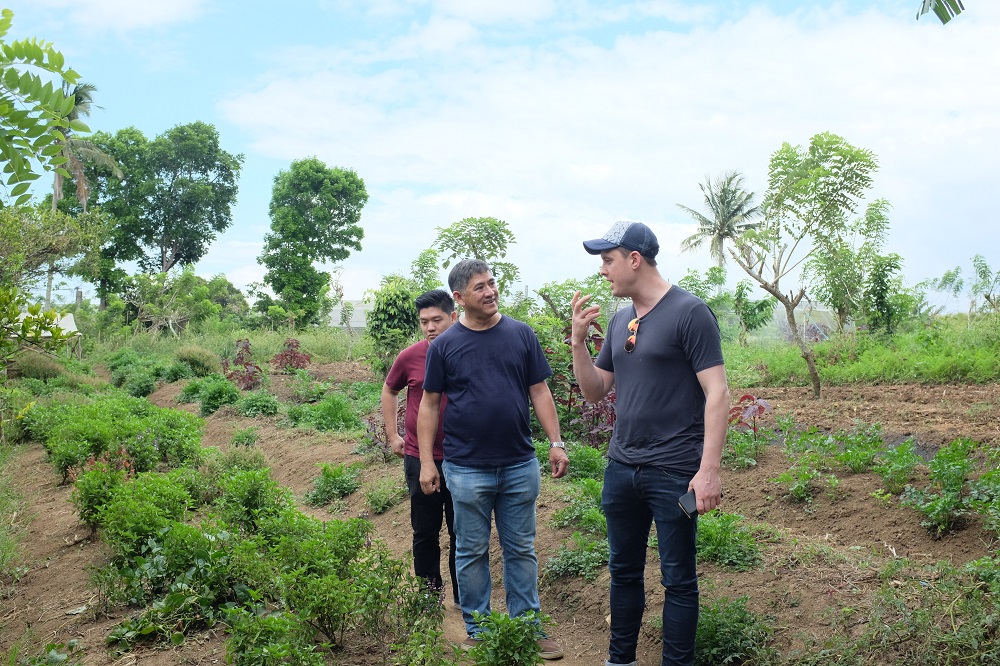 “As we go out of our way trying to source and support local ingredients in Hong Kong, I thought I would try to do the same in the Philippines for this talk” – Nurdin

The yellowfin tuna is from Blueyou, an aquaculture improvement program in the Philippines, which focuses on artisan small-scale fishing. The brassica seeds are from Malipayon Farms, a local organic and biodynamic farm in Silang. It is run by Gejo Jimenez, who has a background in gardening and is a well-known name in the chef community in Manila. Though a small scale producer, they are a role model for future growers around the city.

Madrid Fusion Manila was rounded off with standout presentations by Chef Yoshihiro Narisawa from Narisawa in Tokyo, and Chef David Thompson from Nahm Bangkok, offered the audience an investigative and humorous presentation on his search to find the exact origin of the local long leaf coriander which he used to cook a jungle curry. 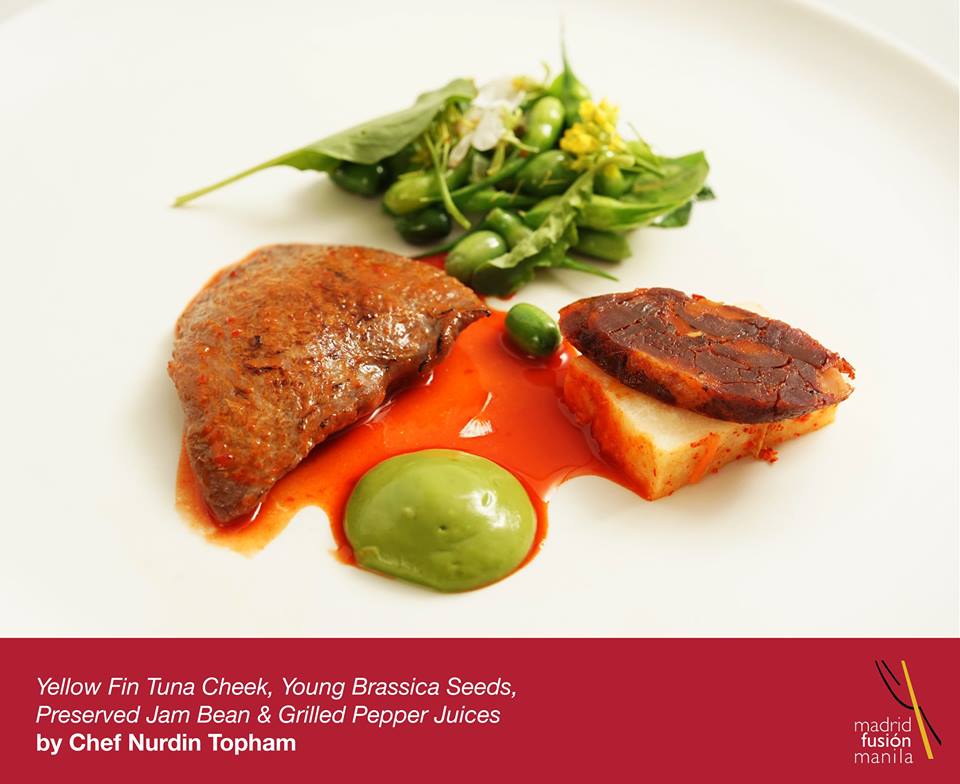 As the second leg of #NURonTour kicks off next week, Nurdin will make his way to Japan where he will visiting Osaka, Kyoto, and Tokyo where he will work in a Japanese kitchen for a couple of days.

With over 18 years of experience, Chef Nurdin spent time at the Nordic Food Lab, Copenhagen, before founding NUR in 2014. He is now travelling the world for inspiration from local cultures. Follow Chef Nurdin’s journey on #NURonTour and @ntopham on Instagram.