One Night in Osaka

How ever should you spend your time?

Even if you are only in the city for a short time, you can easily seek out at least two out of three.

Firstly,  there is a pretty decent restaurant at Kansai International Airport, Botejyu, so if you don't have much time off the tarmac, this is your best bet.  It was recommended to us by a frequent traveller friend. 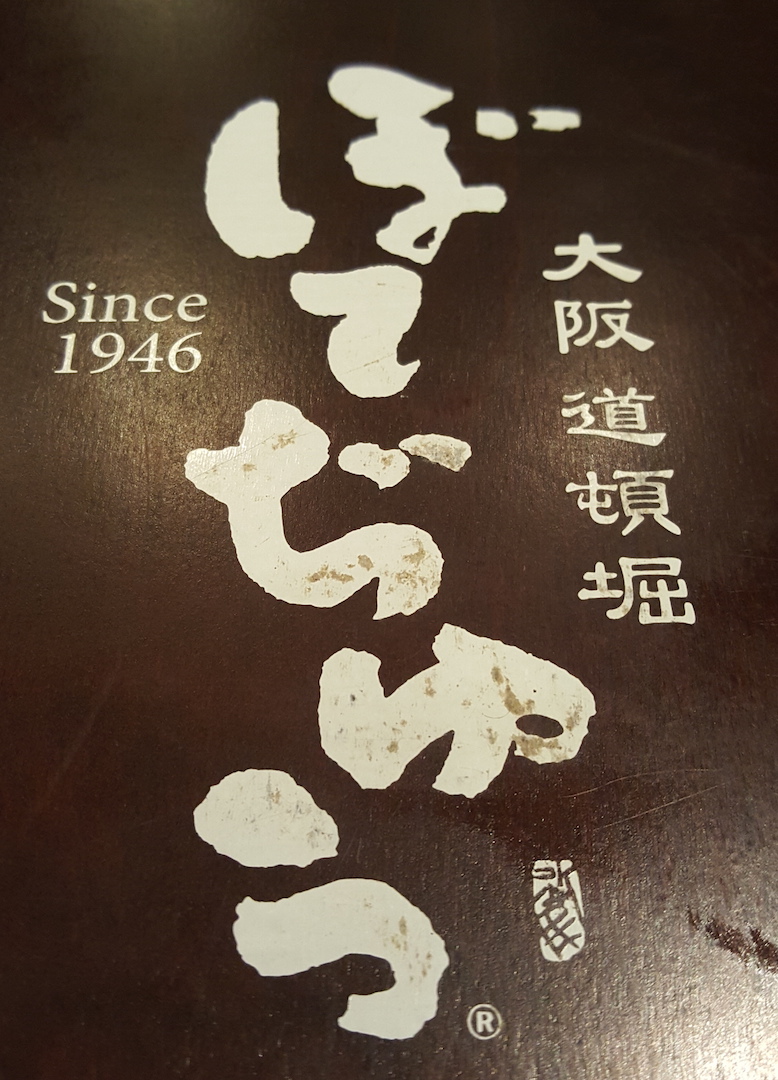 We ordered the Signature Mixed Okonomiyaki (who doesn't love saying that word) for 1280yen.

It has the same texture as an omelette, with cabbage and vegetables and various other ingredients of your choice, combined with egg, mayonnaise and a Japanese version of BBQ sauce. The flavours are umami (my word for anything delicious), sweet, savoury, and a little sour.

There is something so soothing about watching the bonito flakes doing their dance (I even videoed it).

Here they serve your beer in a tall pewter 'glass'. It feels a bit odd, and it's not until the end of your beer, when you are marvelling at how just-out-of-the-fridge cold it still is, that you consider purchasing a set for home.

At the same restaurant you can order takoyaki, and we did. However there are more fun places to try it if you have the time. If you are heading away from the airport - try Mizuno in Dotonbori for okonomiyaki instead and report back.

In the City Centre (ie. not near the airport) you should try to visit Osaka's shopping street Shinsaibashi. 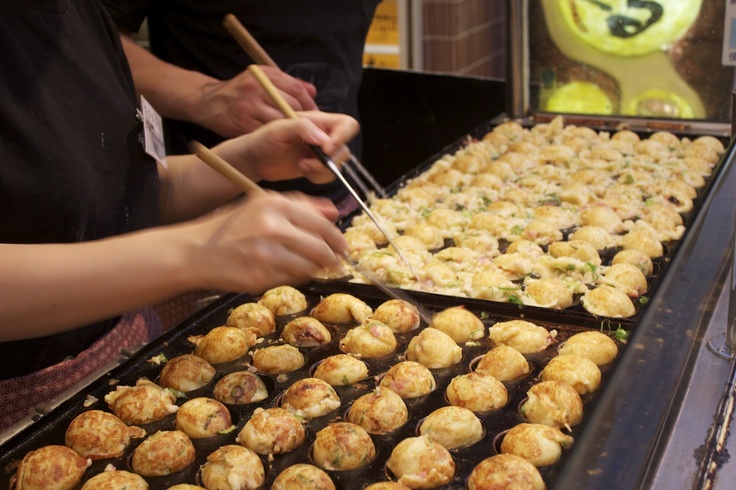 This is a covered shopping mall, lined with Takoyaki stands and other restaurants, and it is also beautifully picturesque and close to the best sushi we've had in Osaka.

You can watch the Takoyaki masters frying the takoyaki in hot cast iron egg cartons, skilfully flipping them with their chopsticks for an all over tan.  The Takoyaki with tentacles sticking out didn't look so easy to turn, those little octopi with their huge potato heads. 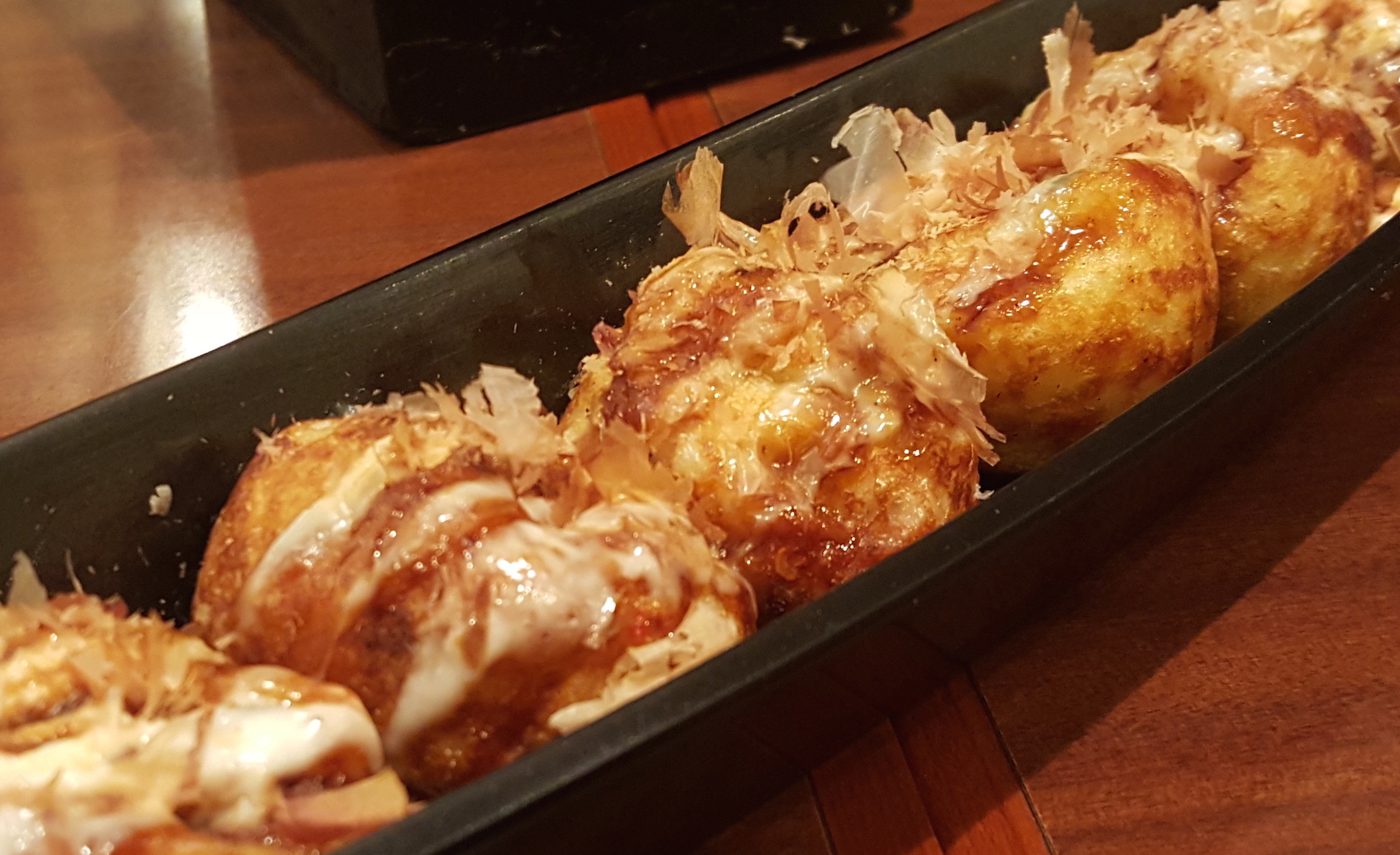 Coming from Hong Kong, I expected these to be like fish balls. They turned out to be a completely different experience. A crispy looking skin belies a squishy, glutinous interior, much like a runny mashed potato. I'm not a big fan, but you gotta try it.

Find them all along the Shinsaibashi shopping street and Dotonbori.

All over Osaka, you will find angry men grimacing down at you from billboards with flaring nostrils. This is Kushikatsu Daruma, and we went to the outlet in Dotonbori, close to the shopping street. 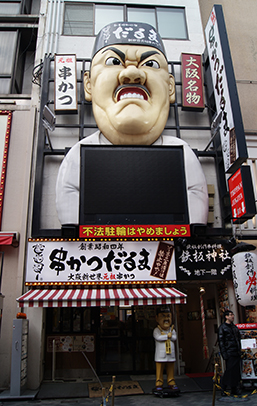 Take your pick of whatever you would like fried on a stick? Some cheese? Pork? Shitake Mushrooms? Oh so good!

NO DOUBLE DIPPING! Everyone has a tub of delicious dipping sauce in front of them for their fried bits. Strictly one dip only. Cabbage is supplied in case you need more sauce - you can use the cabbage as a scoop. Good to know.

The beer was super cold. And they have a little basket under your chair for any goodies you might be carrying around with you. Such a thoughtful touch.

When in Japan, you simply must partake in sushi worship. The abundance of fresh, cheap, melt-in-your-mouth fish simply doesn't exist here in Hong Kong. We went looking for a restaurant after the shopping street shops began to close (early, at 9pm).

This is where we got into trouble. We were looking for the one. It had to be... special. It had to have that... je-ne-sais-quoi / 雰囲気. And we found it. On it's opening night.

The name of the restaurant 'まぐろセンター' google translates to 'Tuna Centre'.

We ordered a double portion of uni, salmon and fatty tuna sashimi, some assorted sushi and some fried chicken. It was so good. So good that we didn't take a single picture, we just ate. 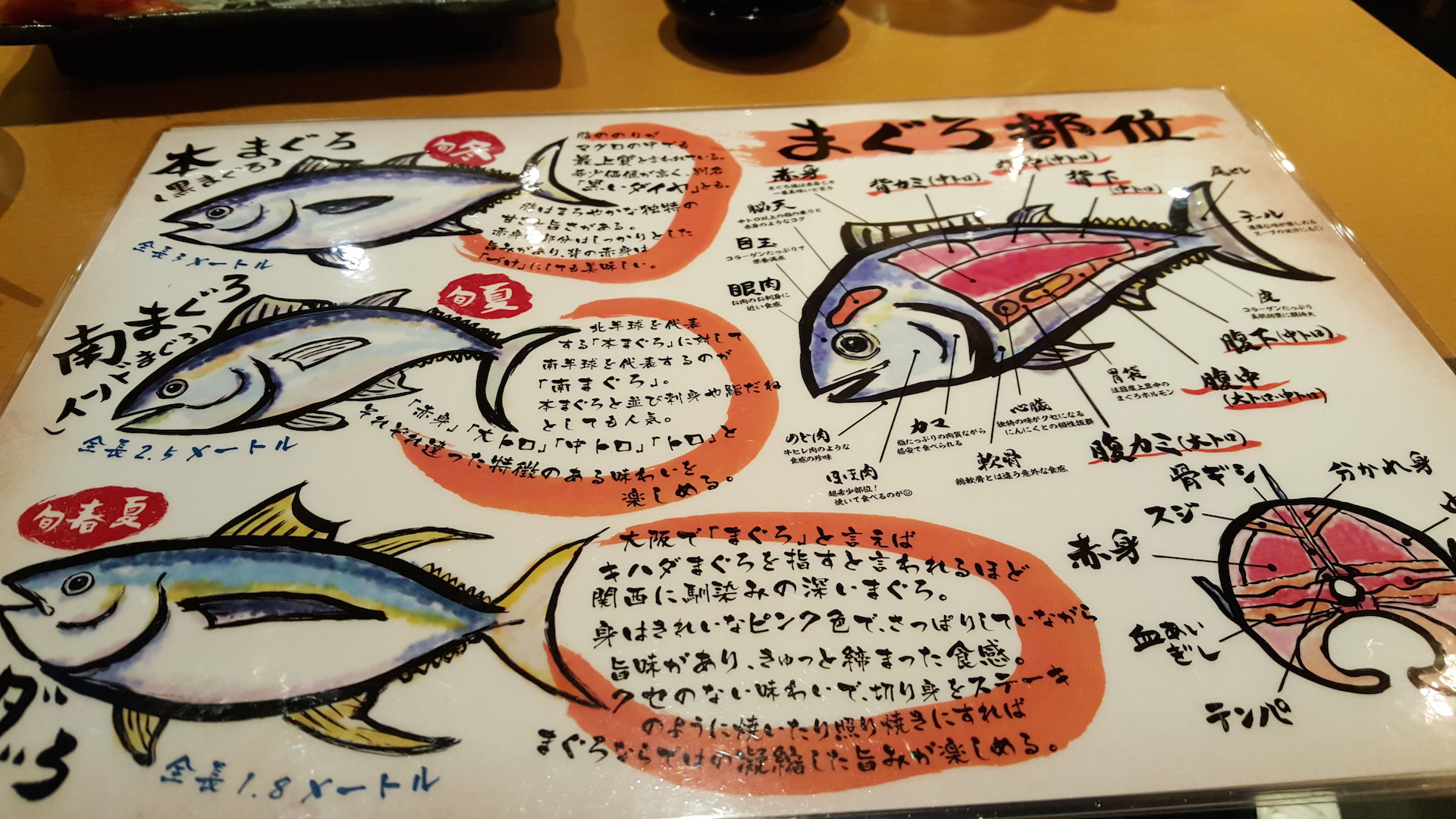 As it is the unusual (to us) tradition in Japan, the restaurant had an ashtray on every table and a good number of patrons were smoking. The restaurant is half open air though and it didn't bother us. (Hardly anyone smokes on the street though).

Our entire sushi feast with sake and beers came to about 4800Yen, roughly 300HKD. That's crazy. 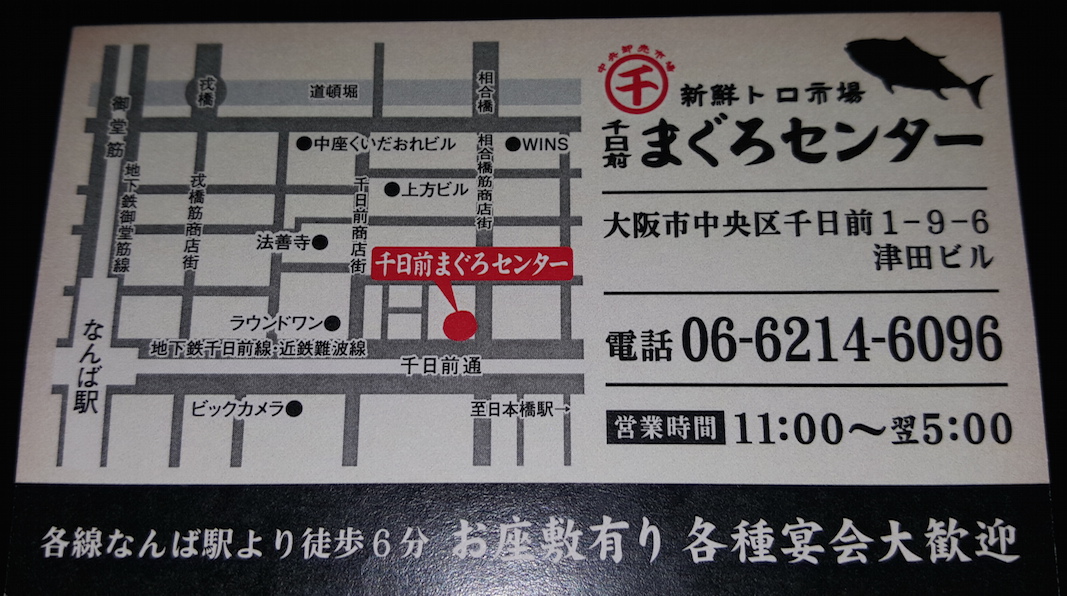 A note about Fugu

Familiar with this one? It's the poisonous puffer fish that can kill you if the chef doesn't get it right. Well apparently this is also famous in Osaka. My friend Google tells me up to 70% of all fugu eaten in Japan is consumed in Osaka.

If you have it and nothing bad happens - please do write about it. I'm too chicken.

IT Specialist at Foodie.
Loving sichuan like a drug, hit me up with that peppery numbness

Dive into the delicious world of US nuts and dried fruits

Dive into the delicious world of US beef