Which US & Canadian Airlines Have the Healthiest Plane Food?

Plane food has long been lamented as some of the worst in the world, but which airlines in the US and Canada are the healthiest?

There are few places in the gastronomical world where people can almost unanimously agree that the food quality is always horrible and the nutritional value always low. Airlines lands in one of those shameful positions. Unless you’re flying premium, chances are the main course of your in-flight meal is going to be some sort of shrink-wrapped, soggy beige stew with a texture that mildly resembles gelatin. While research shows that dishing up a tasty meal 30,000 feet up in the air is actually very hard, that doesn’t mean we need to skimp on nutrition as well.

Starting in 2012, Dr. Charles Platkin, editor of DietDetective.com and a professor of public health at Hunter College and CUNY, has been compiling a survey that rates airlines across the US and Canada from one star for the worst to four and a half for the best based on calorie count, how cooperative they are in terms of providing nutritional information to Dr Platkin and choices they offer.

Frontier Air came in last in the survey for offering almost no healthy food. Snacks they offered ranged from gummy bears to Pringles and rice krispy treats. They also refused to provide nutritional information for this survey. 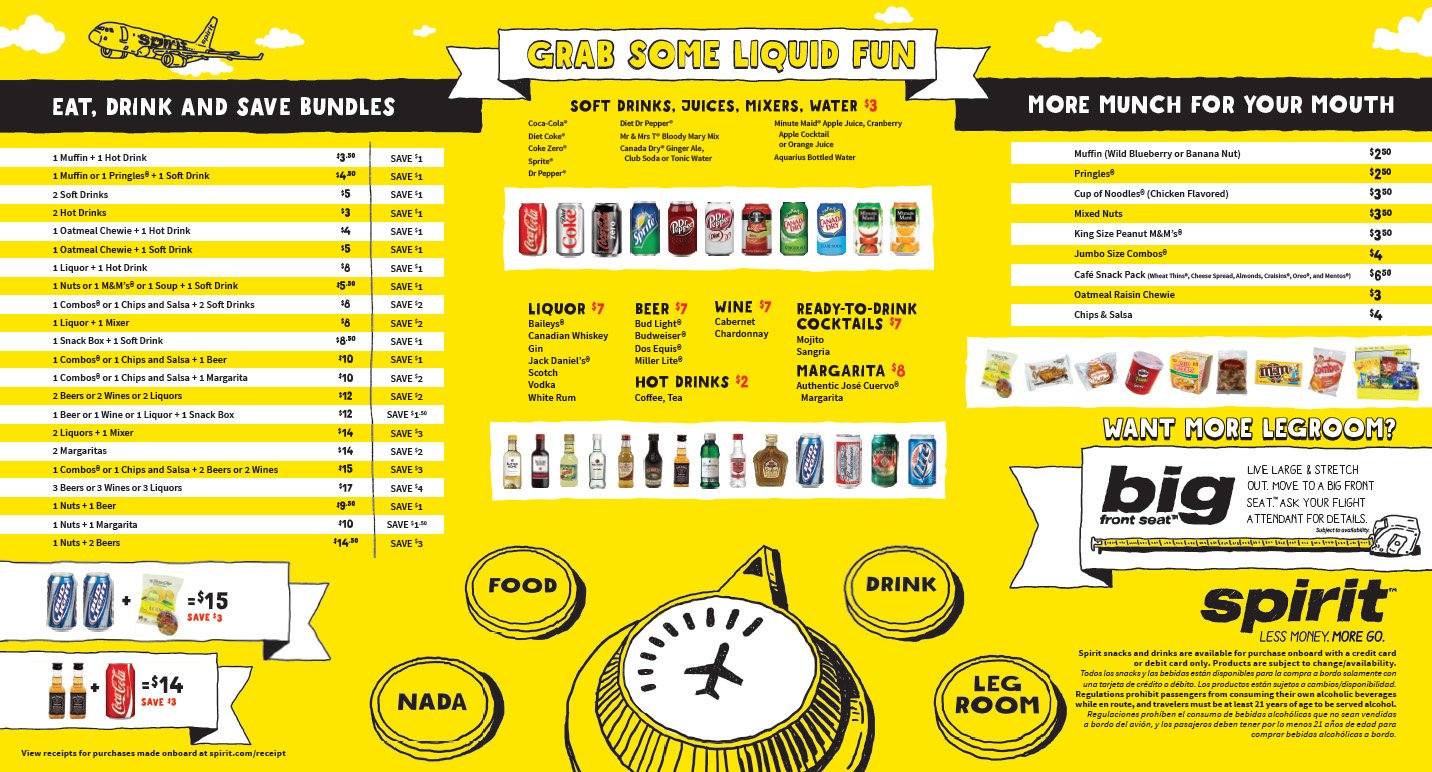 Spirit Air is another company that has an arrogant PR team according to Dr Platkin, refusing to participate. The best item on their menu is the Nissin Cup Noodles chicken flavour which clocks in at 290 calories and is your best meal option, which really says a lot. 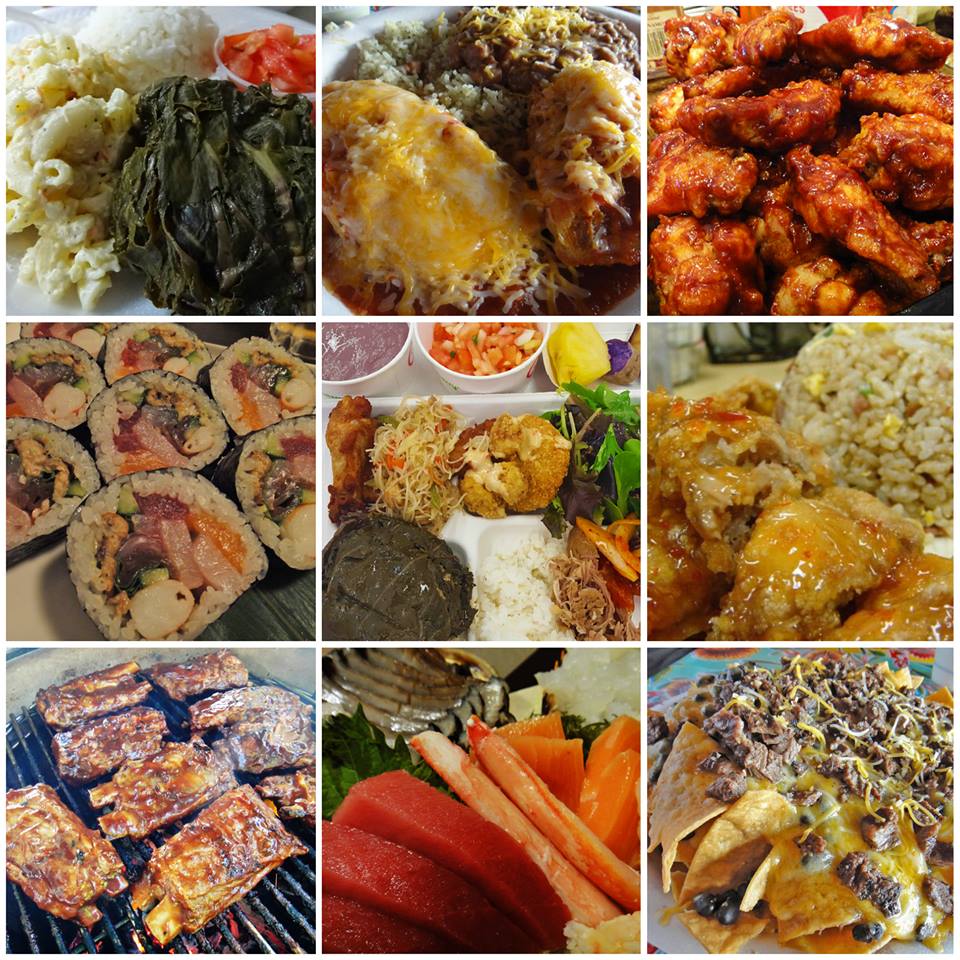 Hawaiian Air has a super-extensive list of snacks on offer, what’s unfortunate though is that most of them are calorie-packed and generally unhealthy. The gluten-free snack box is your best bet, which contains Good Bean Roasted Chickpea Snacks, crackers, Welch’s Fruit Snacks and hummus which all adds up to only 417 calories. When it comes to meals you're better off packing your own, because they average out to more than 950 calories. 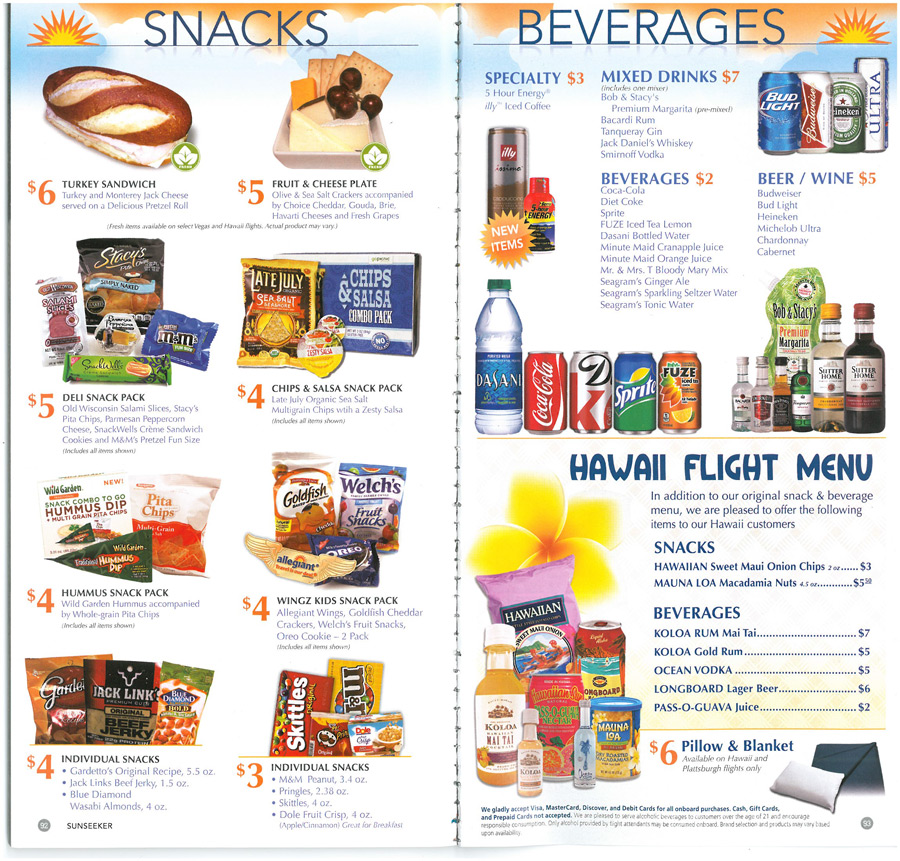 Allegiant Air faired pretty well in previous years, with a large part of that due to their offering of great options like chips and salsa and a fruit and cheese plate. But for some reason they’ve decided to take those away amongst other healthy options, and so now your best bet would be to have their various nut snacks. 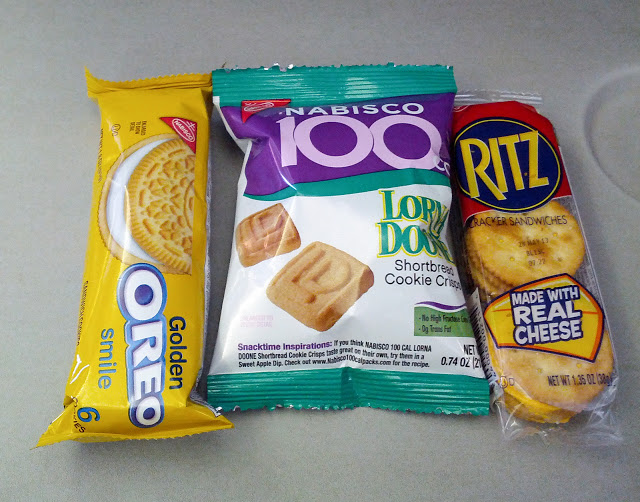 We love Southwest Air for providing all snacks free of charge, but we would appreciate it even more if they provided more options, especially healthy ones, which are heavily lacking. The dry-roasted peanuts are their best snack option, which only have 70 calories. Southwest also refused to provide nutritional information which is why it’s so low on the list. 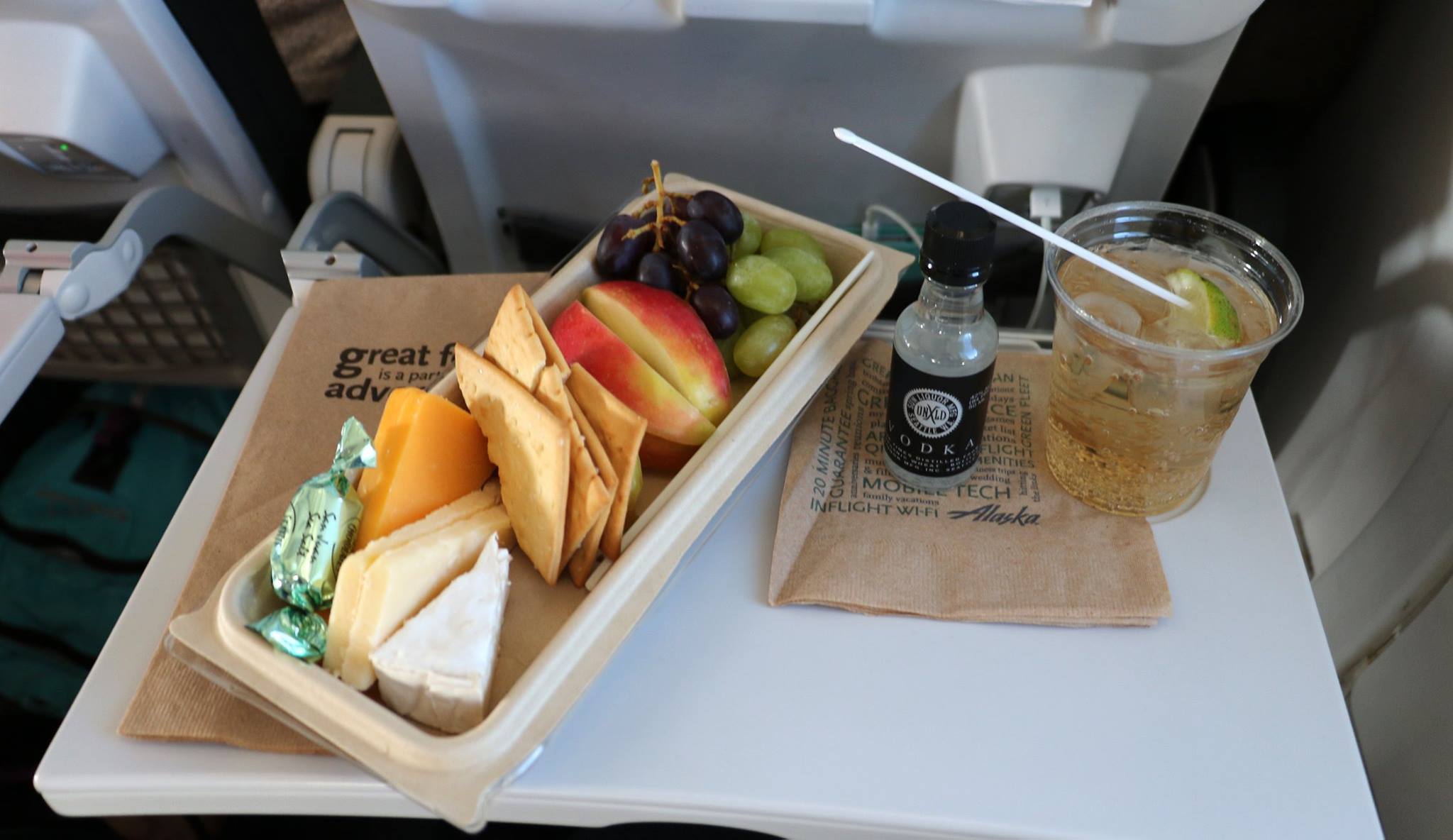 Alaska Air used to be a top contender with average calories overall coming in at only 444 last year. It has risen substantially since but they still pack pretty decent snack boxes like the Mediterranean tapas which come with olives, hummus, almonds, dried fruit and a dark chocolate bar that adds up to 497 calories. The beef jerky is a good snack too with low calories albeit a little high on sodium content while the cheese and fruit platter makes a good breakfast and the homestyle chicken dinner is a decent option as well at 453 calories. 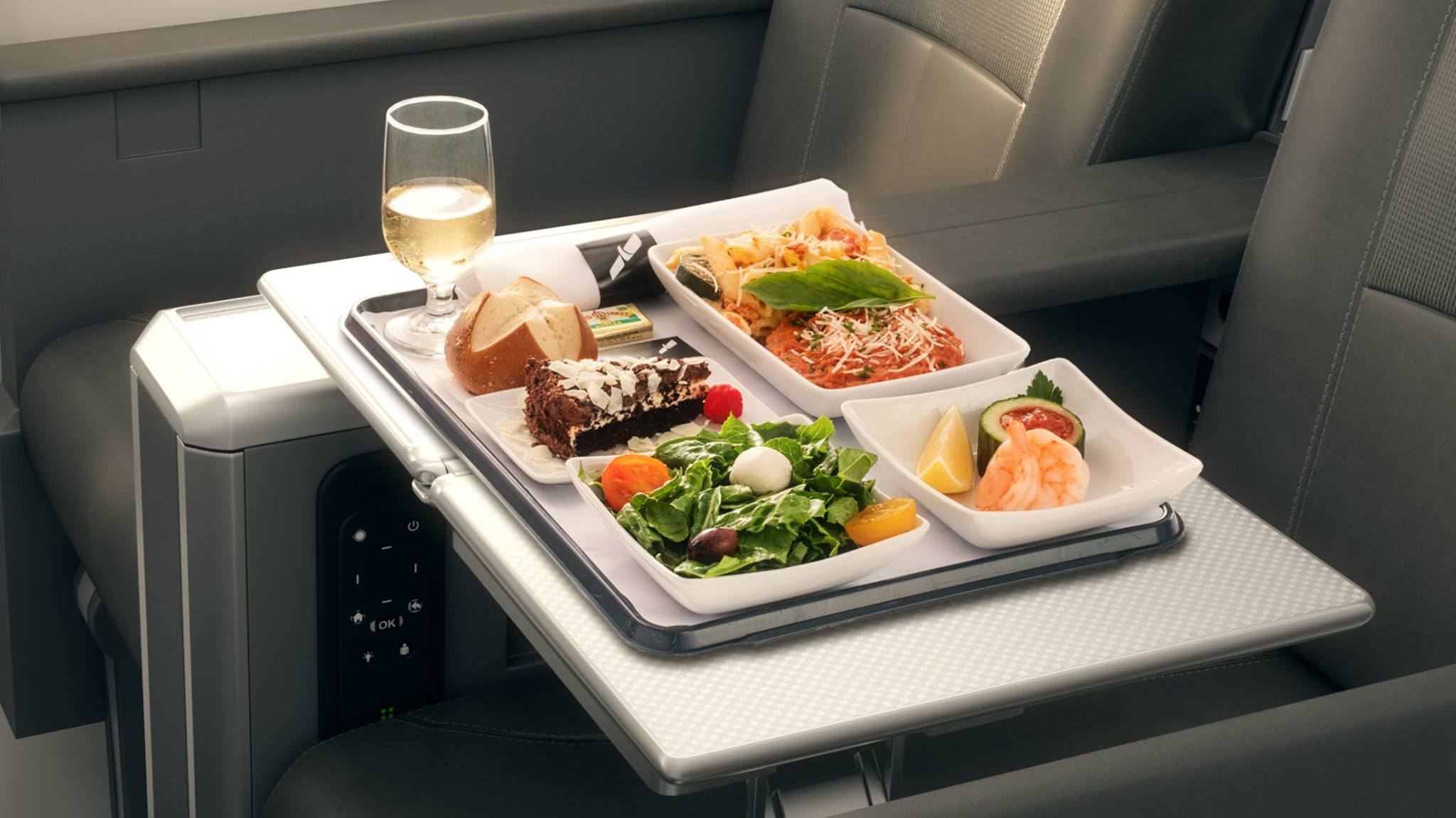 American Air managed to bring down its average snack calorie count down significantly since previous years, but they still have room for improvement overall. The hummus and chips are a great snack option, similar to the fruit and cheese plate. For heartier options the chicken cobb salad and the Asian chicken wrap are great. 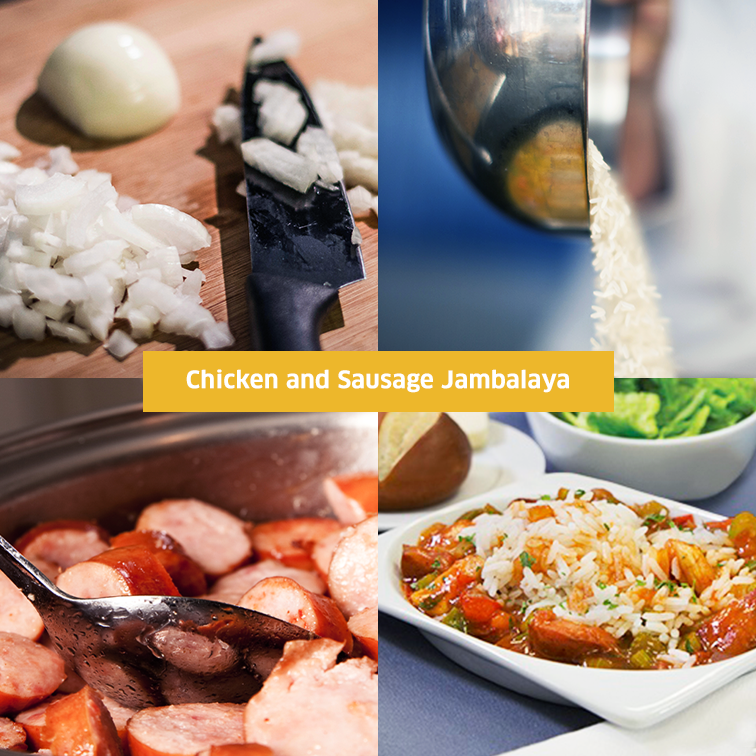 If you’re on United Air, skip the snacks but definitely go big on the breakfasts. The fresh start breakfast selection is a winner with fresh fruit, gruyere cheese and zucchini bread, equaling 205 calories. The organic steel cut oatmeal with cranberries, brown sugar and butter is tasty and healthy too, at only 340 calories. 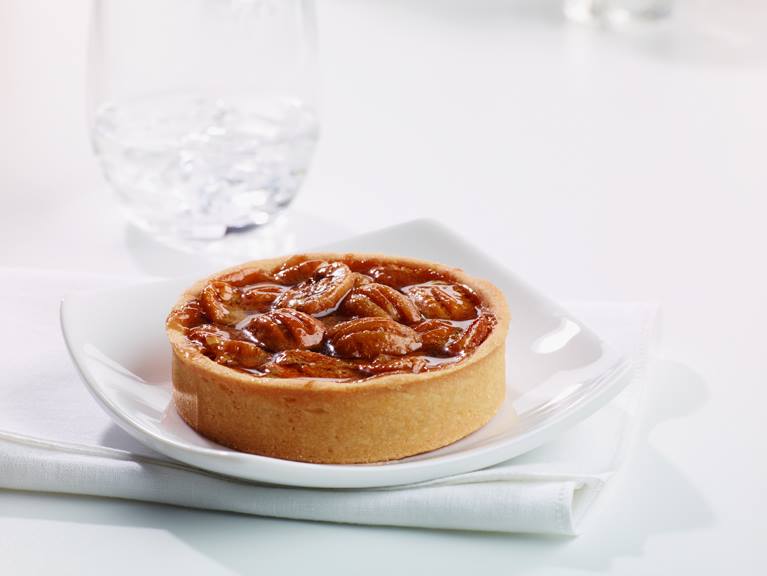 Air Canada is great if you’re looking to skimp on calories, but not so much if you want a nutrition-packed meal. The stars within the menu includes the Greek yoghurt parfait that is both filling and nutritious and great for breakfast. The celery & carrots with ranch dip makes for a tasty, light snack. We’re also eager to try the chick club wrap, which is somewhat special because it has roasted chicken but also turkey bacon, making it a healthier option than what you’ll find normally with regular bacon. 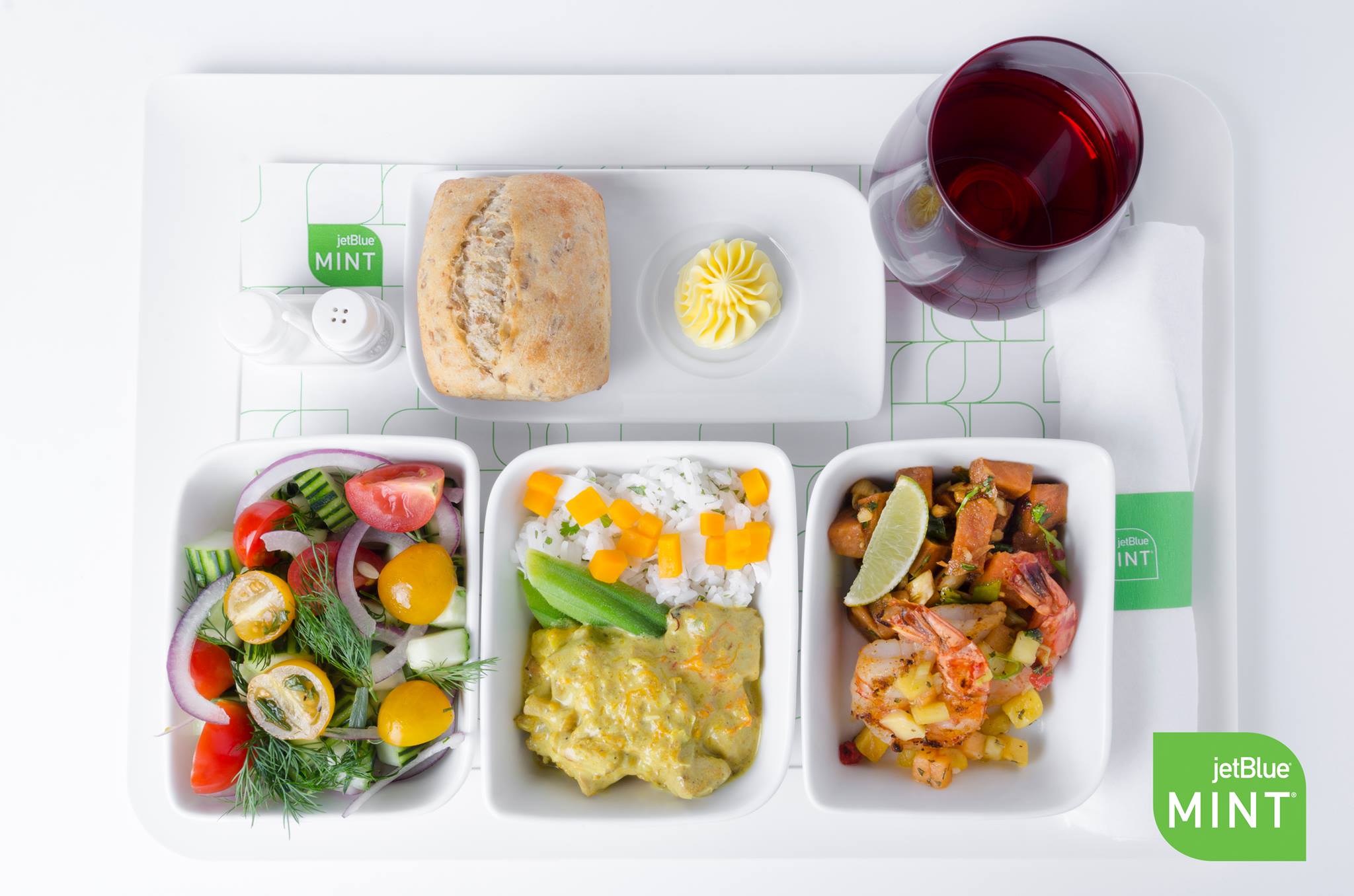 JetBlue is the only airline on the list that posts nutritional content of its meals online, which is a commendable gesture. Extensive lists of low-calorie, nutritious snacks and meals make it an all-around winner. If your plane has them, the eat up café, the yoghurt and granola, the kale & quinoa salad, the spicy soba & Korean-style chicken and the veggie platter are all great options that will keep you full and energised. Among the various meal boxes, pump up with Mary’s Gone Crackers-original, olives, humus and raisins for more nutritious snacks. 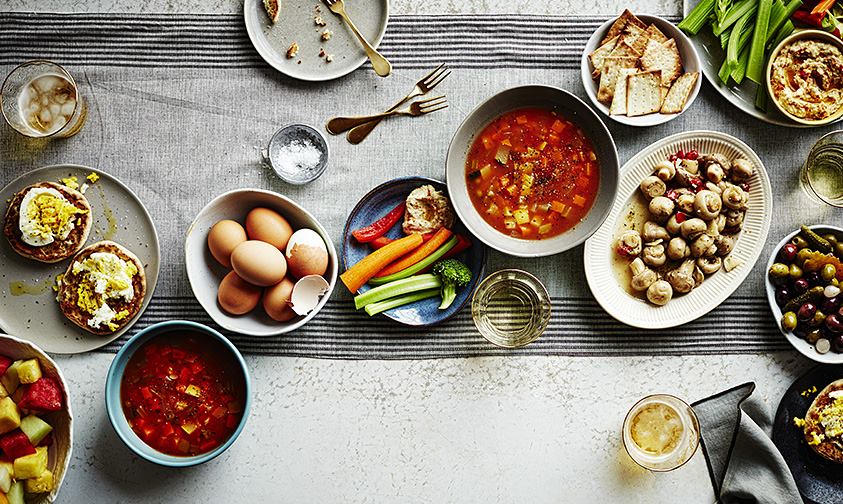 Delta Air has shown their commitment to healthy eating by partnering with Luvo. While they have a rather complicated menu that differs across routes, some commonly found options are the LUVO fresh breakfast medley (cage-free hardboiled egg, side of sweetened chia ricotta and sliced Fuji apples among other things), the LUVO quinoa crunch wrap snack box and the LUVO roast turkey & havarti wrap. 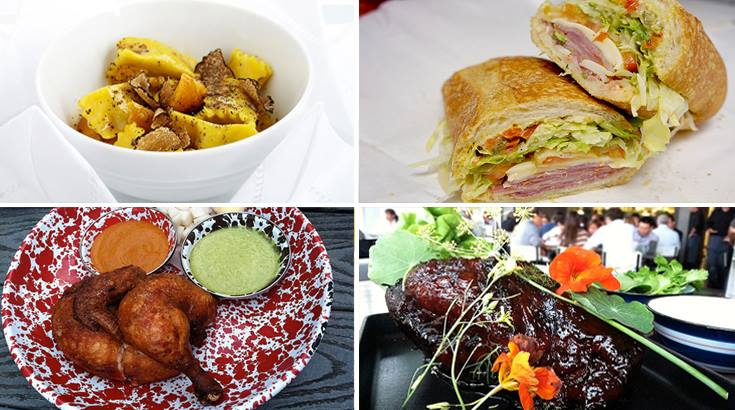 Virgin America gets the perfect score for performing phenomenally across the board, except for snacks which still aren't too bad with options like turkey jerky and seasoned nuts. The best snack box is the protein meal with hummus, nuts and tuna and while pretty much all meals on their flights are healthy, the ginger chicken soba noodles are filling and are only 328 calories and the protein plate with a cage-free hard-boiled egg, sharp cheddar cheese, fontina cheese, grilled chicken breast slice and an array of veggies is as healthy as it gets.

Click here for the full details of the survey.