You may have heard of some of these hot bars before: Ophelia, The Iron Fairies, J.Boroski. Well, the designer behind them, Ashley Sutton, has more in store for us Hong Kongers, and this time there’s a full menu attached. Dear Lilly is his latest design-heavy venture, and it’s got a sweet, floral vibe going on atop IFC Mall, where it will be launched, they hope, in time for the romance-seeking V-Day crowd.

This beloved branch of Singapore’s famous Hainanese chicken rice outlet is making its Hong Kong debut in February 2018 (but possibly not until March) in Causeway Bay. The chilli sauce, ginger and dark soy with poached chicken on rice have already earned it a Bib Gourmand in the Singaporean Michelin Guide, and now it has found its place in our own foodie ’hood. 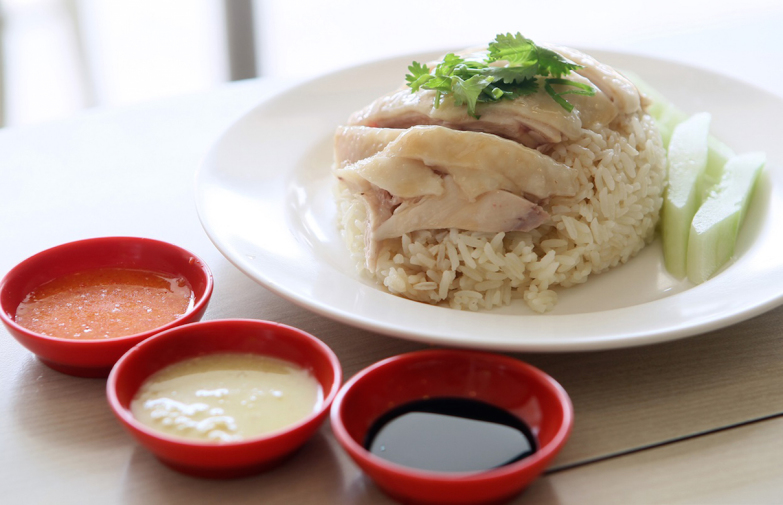 Hong Kong’s favourite Swiss baker, Gregoire Michaud, has supplied everyone in town, from three-Michelin-starred restaurants to independent eateries, with his beautiful baked goods from his B2B business Bread Elements. Now he has finally set up his own pastry shop and café called Bakehouse, and we suspect our taste buds will be repeatedly thanking him for his flaky, buttery croissants and fluffy brioche. There’s a light lunch menu available at the moment, with a daily soup and an awesome Cheddar, bacon and avo on a pretzel, but Gregoire hopes to launch full breakfast and lunch menus soon. 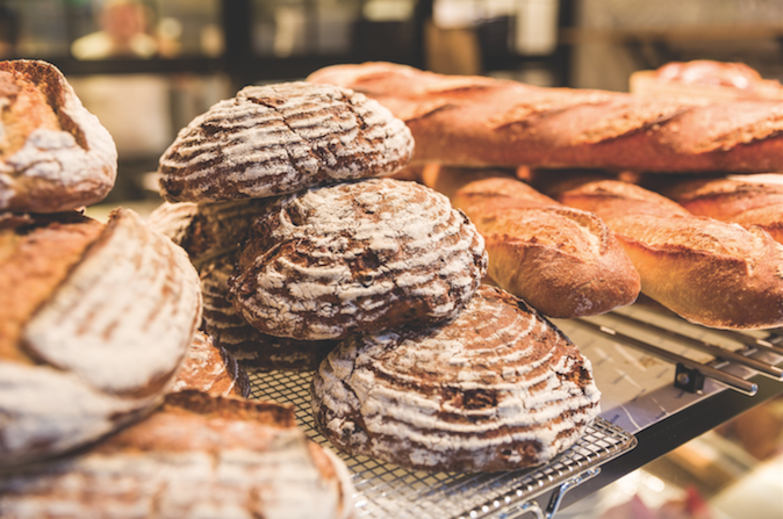 California Tower’s latest opening is a Japanese concept that takes diners on a ”culinary tour of Japan“, offering sushi, sashimi, omakase and kaiseki seasonal dishes from the breadth of the country along with an educational element via cultural holiday menus, dance performances, calligraphy demonstrations and sake classes. Renowned guests chefs will also be a hallmark of FUMI, with the first being Sushi Aoki’s Aoki Toshikatsu showcasing his famed Edomae-style sushi in March. 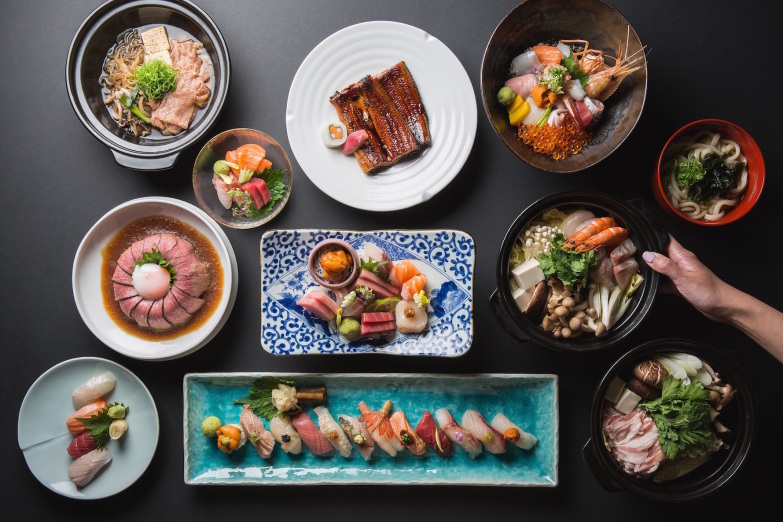 FRANCIS is something really unusual that’s hitting Hong Kong this month. In the popular Star Street district of Wanchai comes this new restaurant that’s focusing on serving up the flavours of Tel Aviv, in particular its street food. Israeli chef Asher Goldstein has founded this enterprise along with well-known sommelier Simone Sammuri and long-standing restaurant manager James Ward. So we’re thinking we can expect enticing Middle Eastern dishes, a thoughtful selection of top wines and great service with this well-rounded F&B trifecta.

See the food and read the review here. 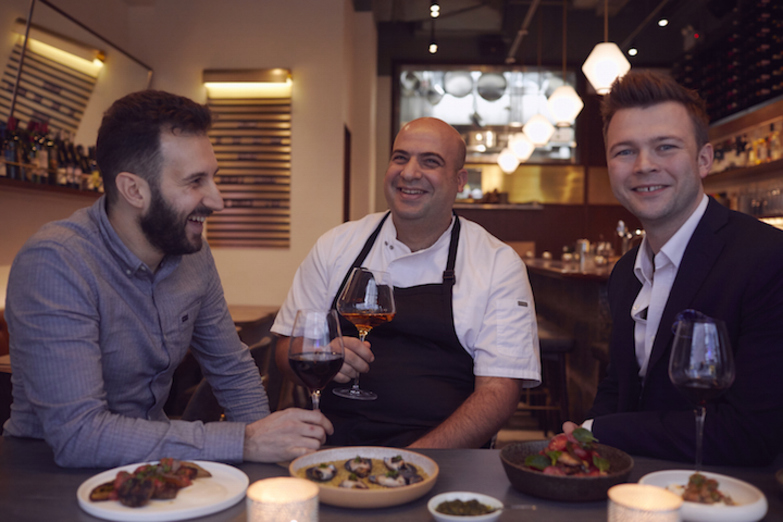 Designed with a retro European flair, eras of the past are invoked in JUNON’s charming nod to days gone by. Dine under a mosaic stained-glass ceiling while feasting your eyes on the performance stage hosting pianists, acoustic guitar, jazz bands and French chanteuses. The cabaret section offers a five-course dinner menu along with the show while the Parisian bistro on the other side is filled with intimate booths and a grand piano to go along with the classic French cuisine. We’re intrigued to see if this all works in reality as it sounds pretty great on paper. 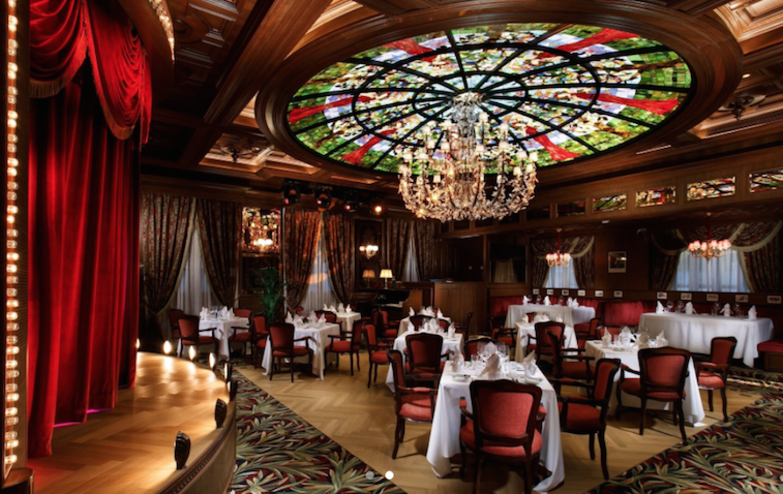 Almost too pretty to eat but to tempting not to, Vive, founded by Vivien Lau, is a local patisserie that has long taunted us with the delicious sweets from its Wanchai branch, and now the cake shop’s calling us in with their dainty confections in Central. If you are of the sweet-toothed variety, we dare you to walk by and not stop in for a slice. 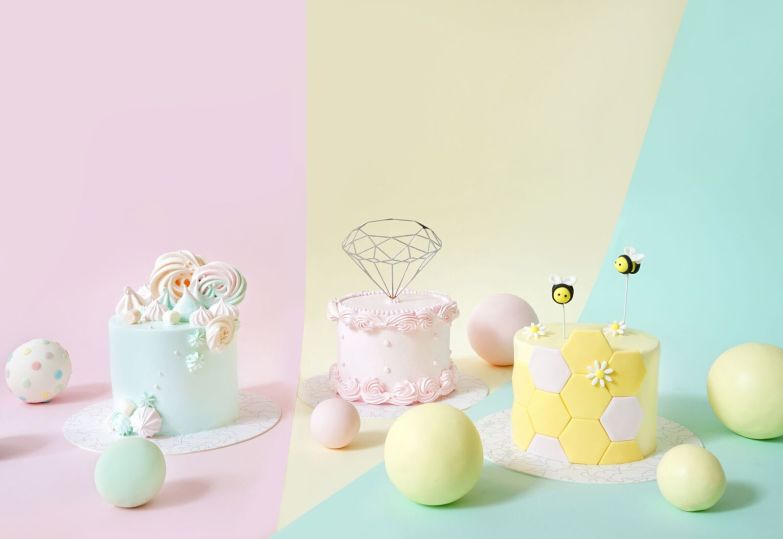 A great-value lunchtime fave, Bahn Mi Kitchen has just extended its reach to the hungry hordes of Wanchai. Another reason to visit this new shop in the Wanch is for the limited-time crab cake bahn mi made with fresh-from-Vietnam, hand-picked swimmer crabmeat. And let’s not neglect to mention their newly launched breakfast bahn mi for the morning crowd that’s got a soft brioche bun stuffed with a lemongrass chicken/pork patty for a morning pick-me-up accompanied by a cup of their indulgent Vietnamese coffee. 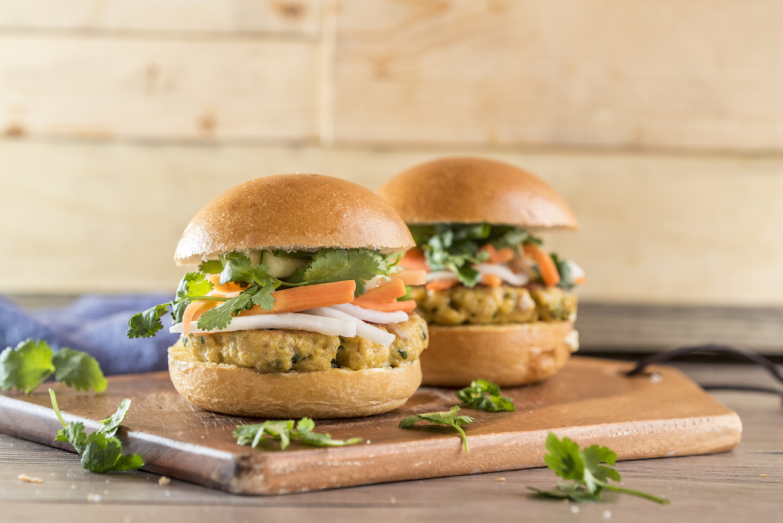 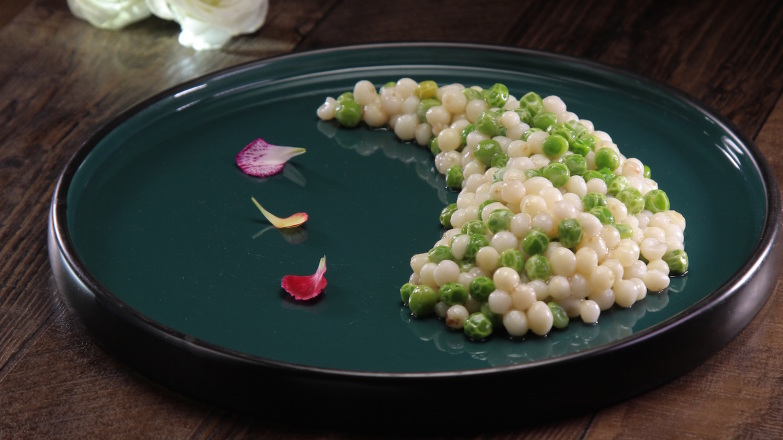 Within the South Pacific Hotel in Wanchai comes informal izakaya Wako Teppanyaki, featuring signatures such as A5 Miyazaki Wagyu hamburger steak, Ibérico pork yakitori and the indulgent Mon Cher dojima roll along with a carefully curated sake selection to complement their modern take on traditional teppanyaki. 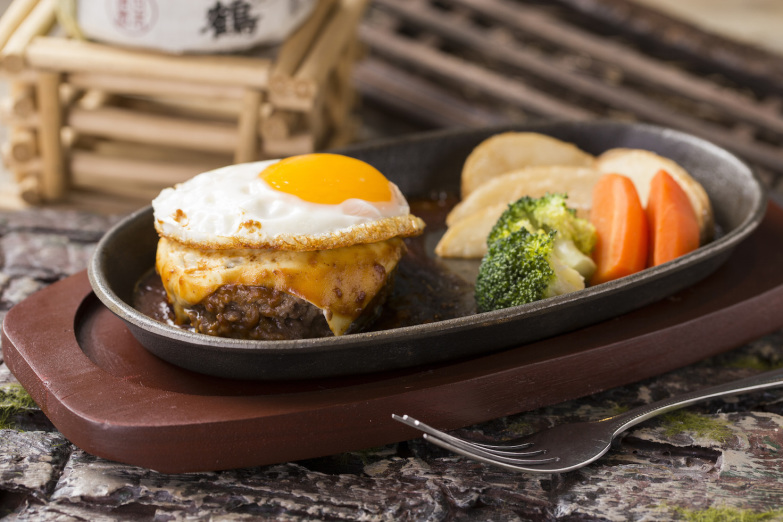 If you’re over Kai Tak way with the kidlets, you’ll probably want to check out new kid-centric café Origami. The vast space has some pretty swish play areas, with a tree house, tepee, climbing frames and soft-play zones for toddlers, along with dishes served in cute animal-shaped bowls and an organic baby food selection. But that’s not all – the former chef of a Michelin-starred restaurant, Xiu Jian Lin, helms the kitchen, presenting premium Shanghai-influenced dishes like fried rice in truffle paste and stir-fried shredded finless eel with chilli for those adults who want to eat well while their kids play. There’s entrance fees that differ depending on different days and it’s right next door to a large rooftop park if you want to make a day of it. 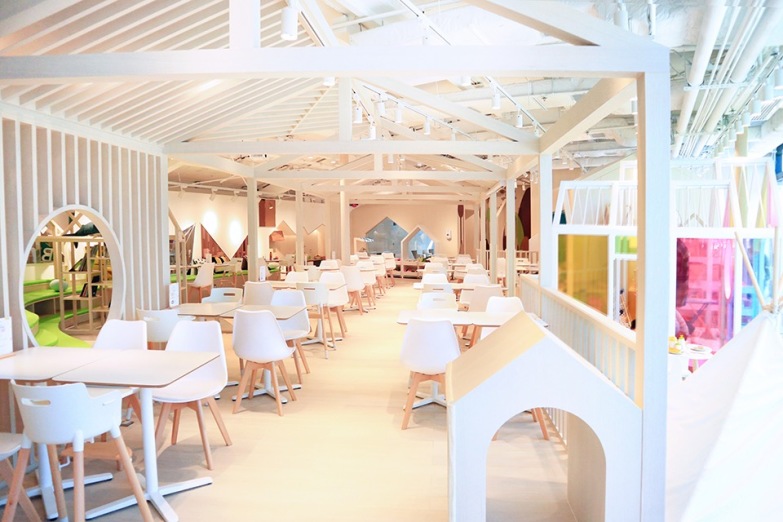 A Hung Hom addition, Amber’s Table sits within Wonderful Worlds of Whampoa and offers up a big mix of Asian and Western dishes. They’ve got everything from homemade jamón Ibérico bellota pizza and fettuccine with lobster to Hainanese chicken rice and chicken curry with rice and nan. If you’re in the mood for every cuisine under the sun, it seems a safe bet that they’ll have an option for you here. 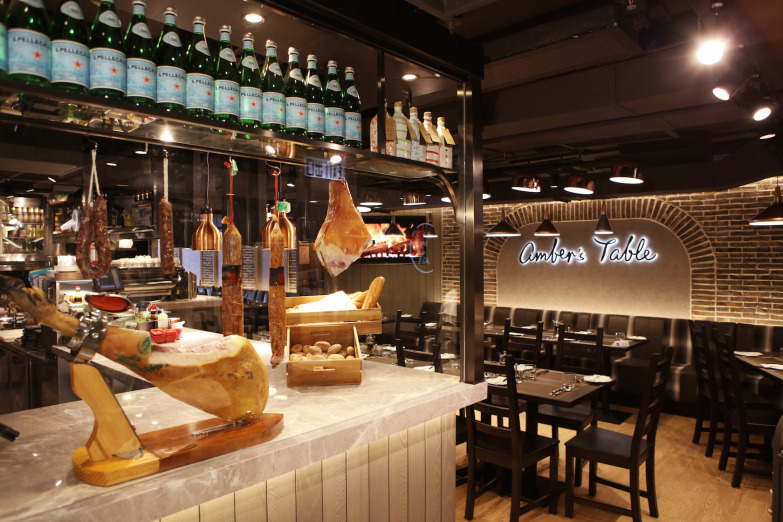 Jad Youssef has taken over the kitchen at ever-popular – and long-time Foodie fave – Lebanese restaurant Maison Libanaise. Born in Beirut, Youssef will be serving up his traditional family recipes that have earned him praise throughout his career in various kitchens throughout Europe as well as during his appearances on Celebrity MasterChef UK. We’ll be heading over for his vegetable moussaka and sawda djej as fast as our chicken-liver-loving legs will carry us. 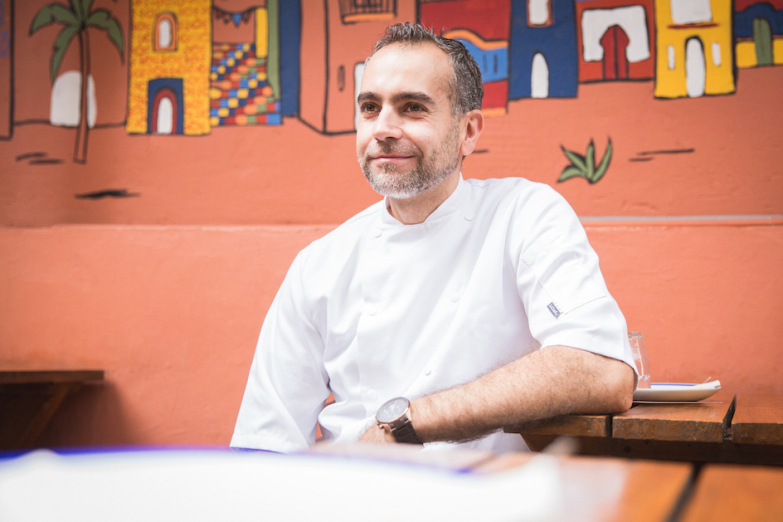 One of HK’s oldest restaurants, we are pleased to report that JoJo is sticking around for a lot longer in Wanchai. A stalwart of the scene since 1985, this renowned Indian restaurant has undergone an update and will continue taking diners through the Grand Trunk Road that runs from Calcutta to Kabul.

Alex Malouf of Foodie faves Catch and Mama Malouf in Kennedy Town has expanded his mini restaurant empire to Tai Hang with casual, contemporary eatery Elementary, which is focused on produce-driven sharing plates that have a strong Down Under influence. 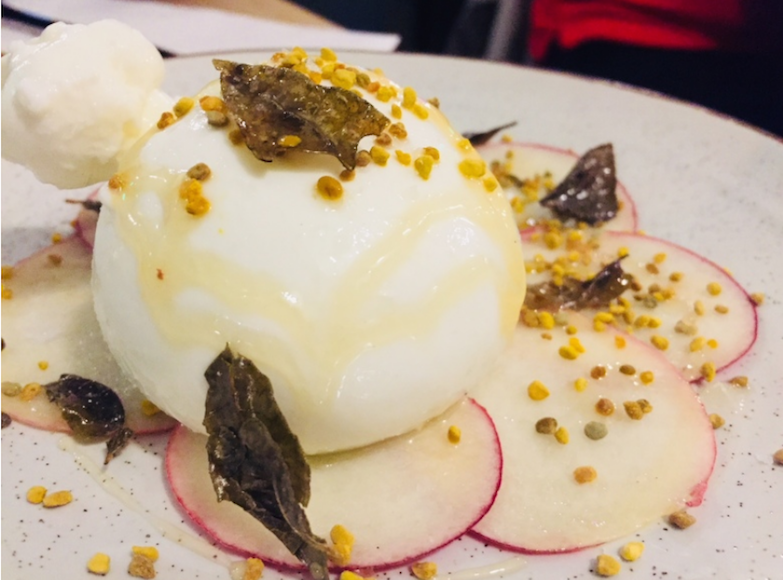 LKF night owls, take note: Solas is back on Wyndham, this time with a 34-foot bar, wall-to-wall sofas, an outdoor terrace, LED beer pong tables and an all-new menu offering everything from pizza and pasta to their signature All Foie Me burger.

Open from 8am to 8pm, this comfy and inviting eco-friendly café serves up a lovely selection of healthy vegan and vegetarian-friendly dishes. Committed to their ethos of promoting sustainability, the study does not provide takeaway cups or containers, but feel free to bring your own. On weekends, head there for a range of creative workshops, from knitting circles and arts and crafts sessions to book clubs. There’s a book sharing corner too – the study is a hidden gem. 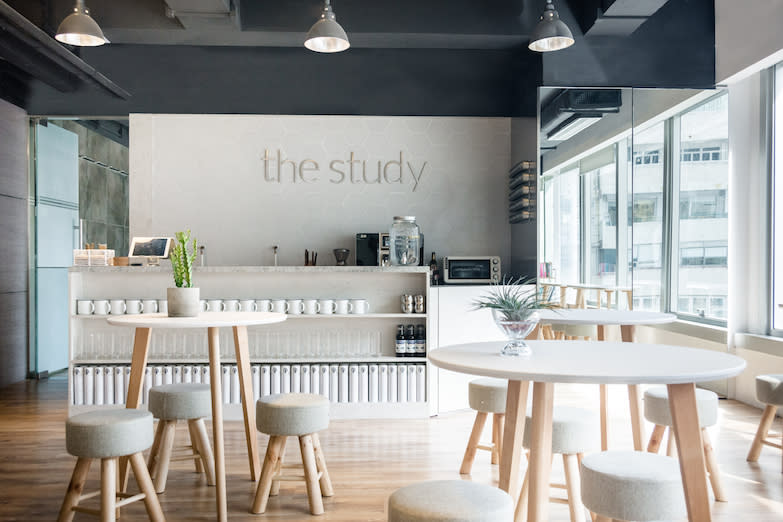