Star Street is really gaining steam with a string of vibey restaurants thriving in this previously quiet area of Wanchai. And FRANCIS is contributing to this community atmosphere with this new, buzzing restaurant. The intimate, service-focused eatery immediately feels welcoming and convivial, decked out with conversation-inducing bar seating as well as a few lower tables. Big picture windows frame the sexy space that’s accented with deep grey, dark wood and brushed gold.

The three gents behind it include Israeli chef Asher Goldstein and well-known sommelier Simone Sammuri, both previously from SoHo’s beloved 121 BC, along with the man-with-the-plan for FRANCIS, long-standing restaurant manager James Ward. 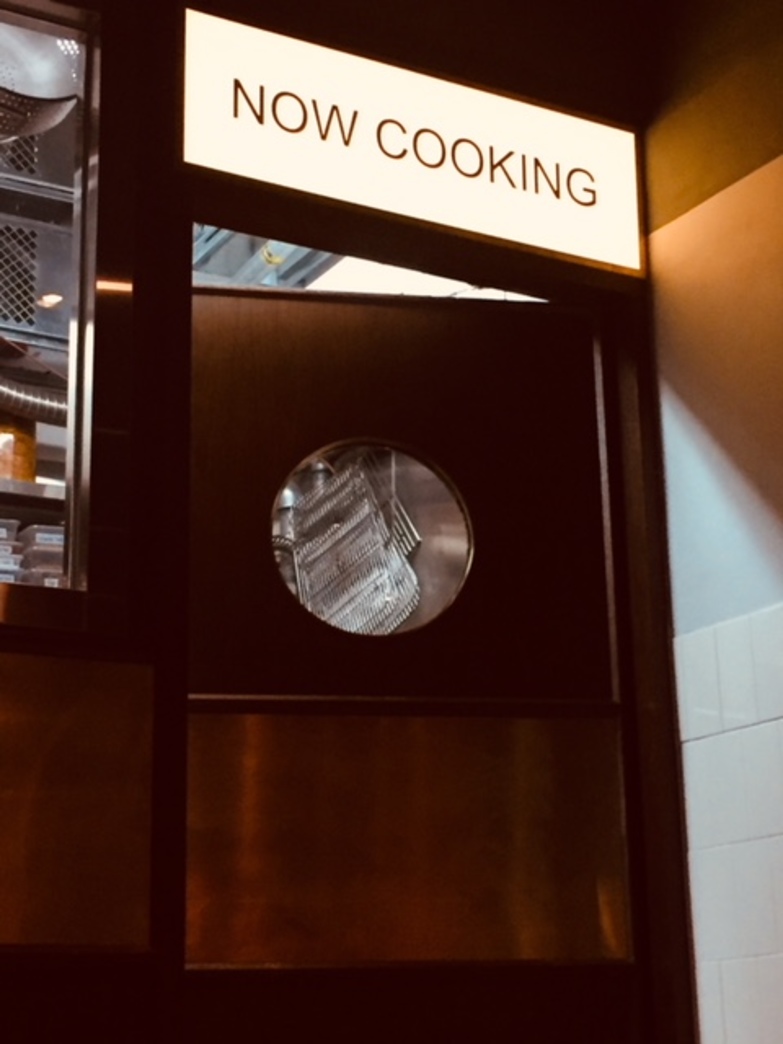 Chef Goldstein hails from Tel Aviv and is embracing the opportunity to bring its eclectic street food to the 852 with a seasonal menu of sharing plates comprised of fresh seafood, organic veg and traditional meze.

Sammuri has categorised the wines into price groupings, either $350 or $600, so you can walk in with an idea of how much you want to spend on a bottle and choose from that list. There’s also a large selection of by-the-glass wines if you just want to pop in for a quick sip and a behind-the-bar book of premium wines that comes out upon special request.

The sommelier is well regarded for selecting wines from small producers that pride themselves on their respectful relationship with the environment. We sampled a silky St Anne Chardonnay Champagne, a crisp and zingy Côtes du Jura Chardonnay from France and a vibrant ruby red from Ashton Hills, a boutique producer considered one of the best for Pinot Noir in all of Australia.

Founder and manager Ward says at FRANCIS that they are aiming to provide an everyday go-to that’s affordable and affable. We adored the animated mood they’ve achieved and the set-up that allows for easy interaction with the behind-the-bar staff as well as comfortable chat with your dining partner.

Here’s a look at some of the dishes on offer: 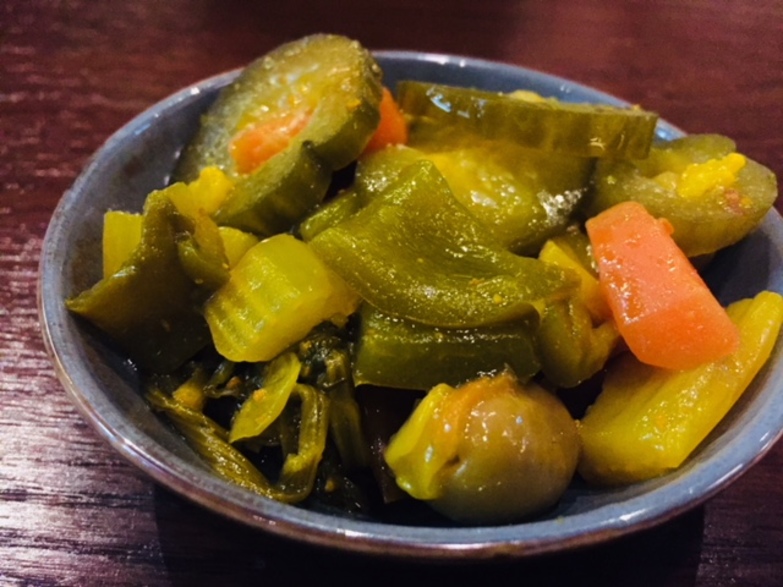 Start with the pickles 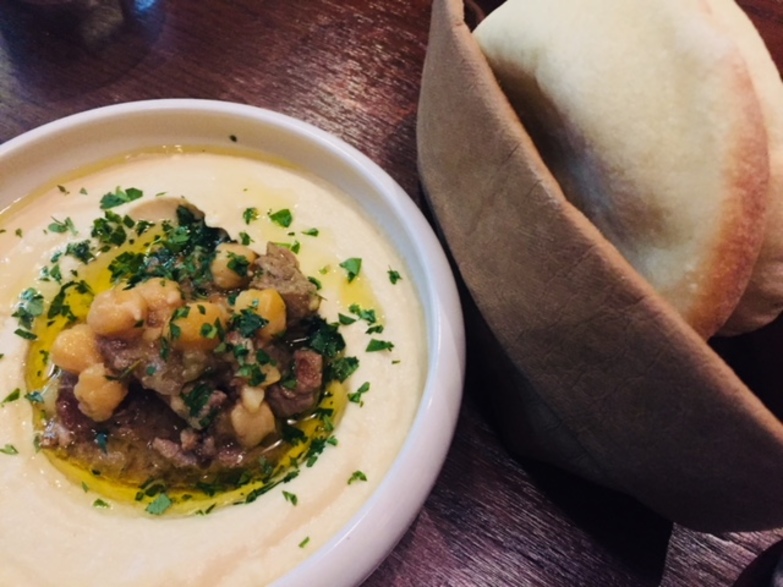 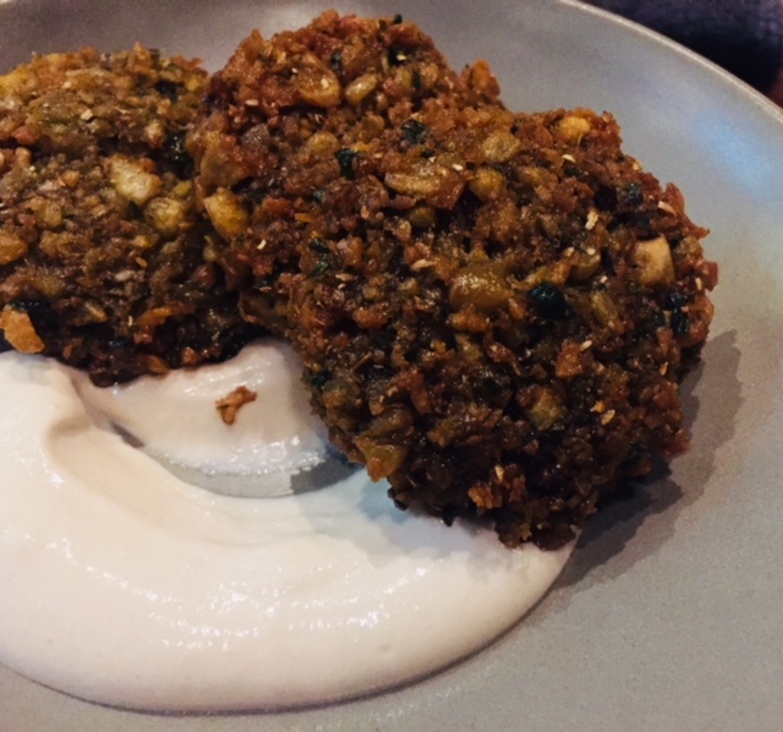 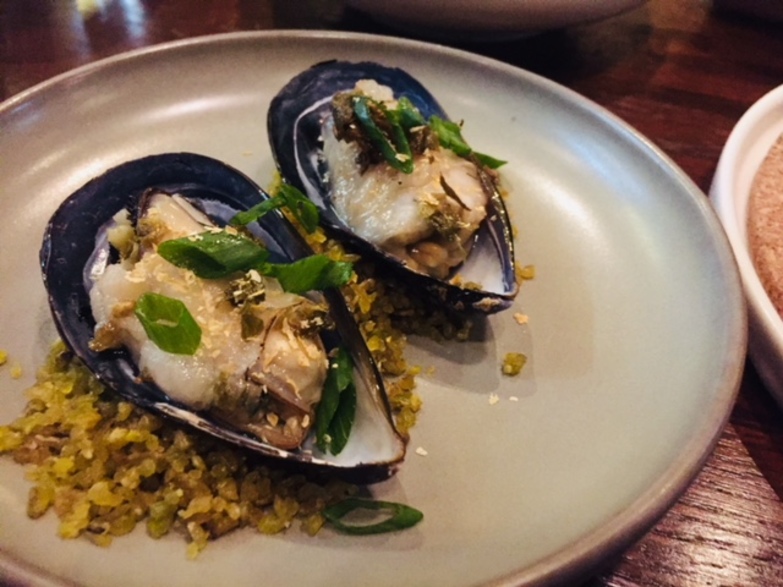 The mussels ($110) are stuffed with lardo and freekeh, a green wheat 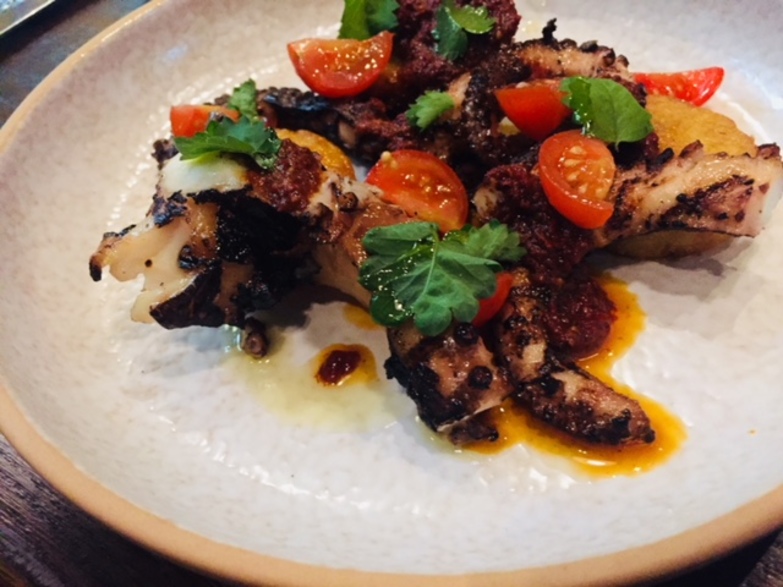 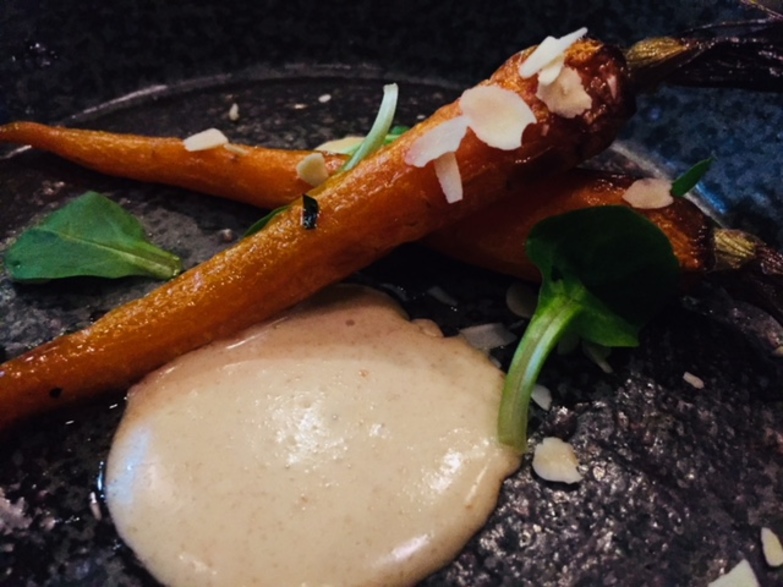 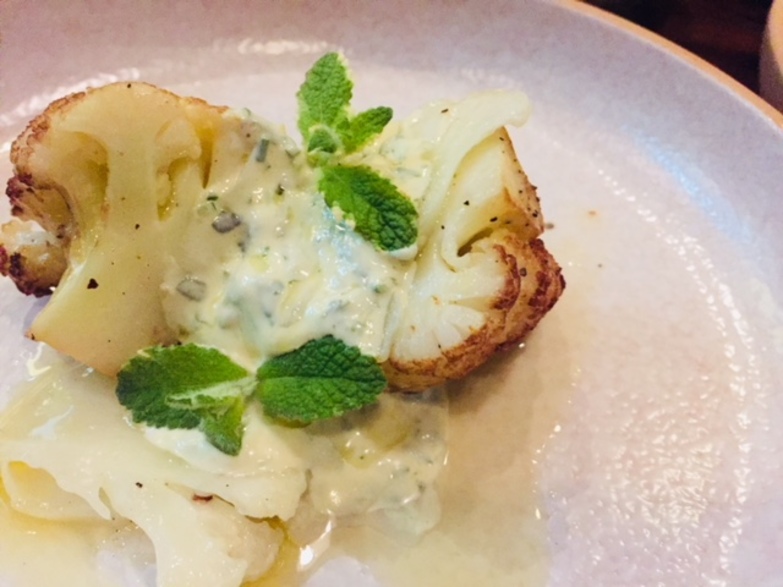 Cauliflower with tarragon and yoghurt ($80) – not actual portion size 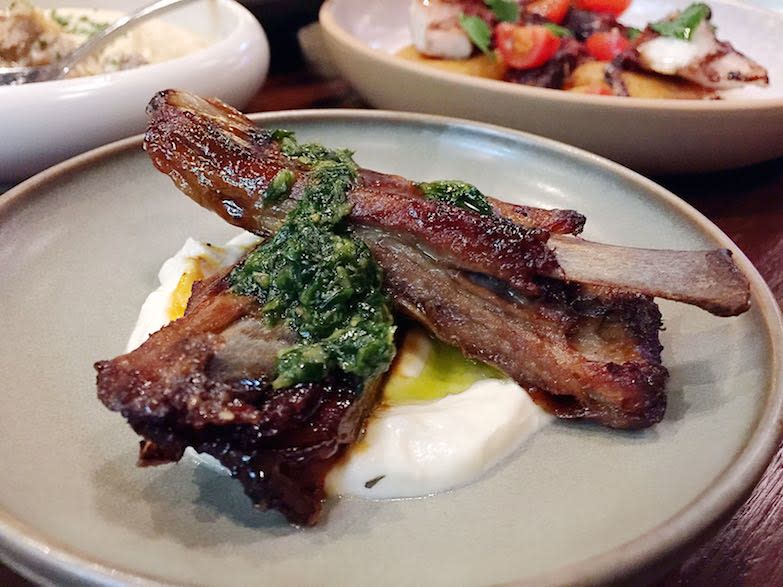 Lamb ribs ($150) drizzled with a coriander, orange and yoghurt sauce 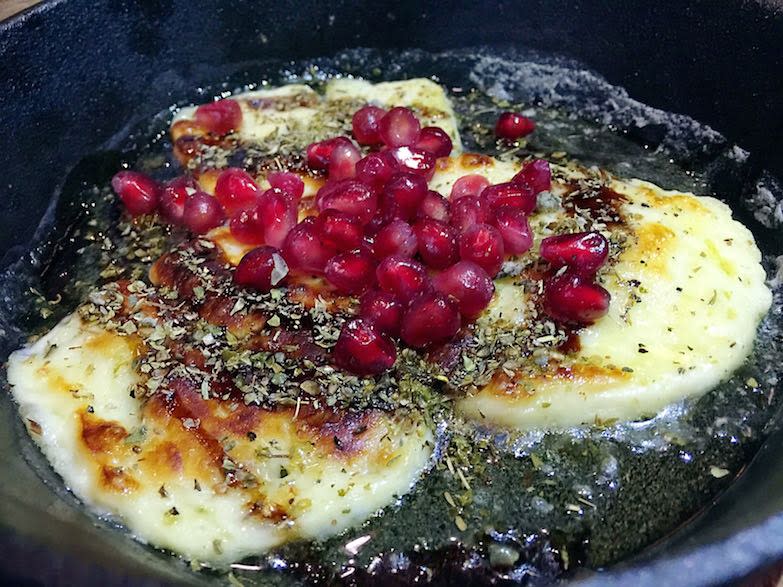 Grilled halloumi ($120) with pops of pomegranate 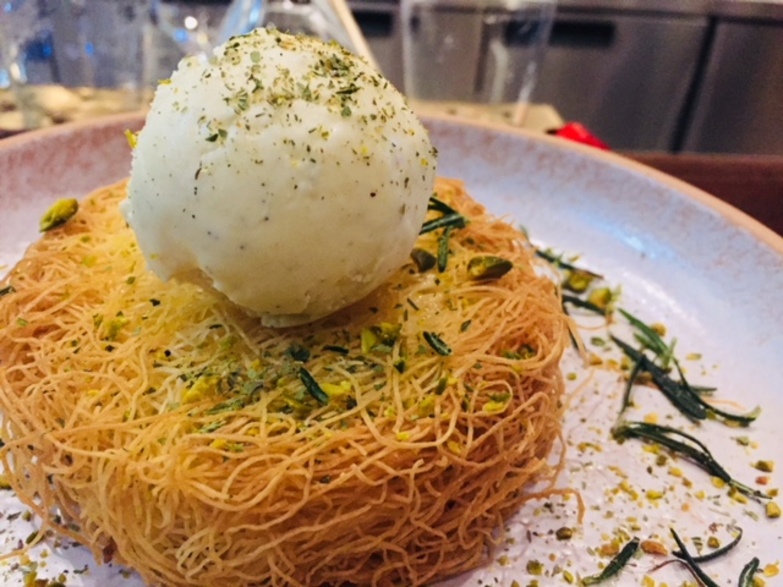 The unique and delightful knafeh pastry ($80) is filled with mozzarella and topped with ice cream, fried rosemary and pistachio