As the world in general becomes more interested in artisanal, small-scale, local businesses – and social media has made it that much easier for these modest craftspeople to find a fan base for their goods – it has opened up thriving industries, especially within F&B. One in particular has been extremely notable in Hong Kong, having grown exponentially over the past decade – craft beer.

Craft beer can be a subjective term, but it is generally accepted to be beer made by small, independent breweries on a much more limited scale than the big macro-breweries. From the launch of several craft brew bars to complement The Globe’s long-running stalwart status, along with the help of beer festival Beertopia, craft brew fever has frothed itself into many a pint glass across the city. We tapped a few local kegs to discover the origins of the amber nectar within. 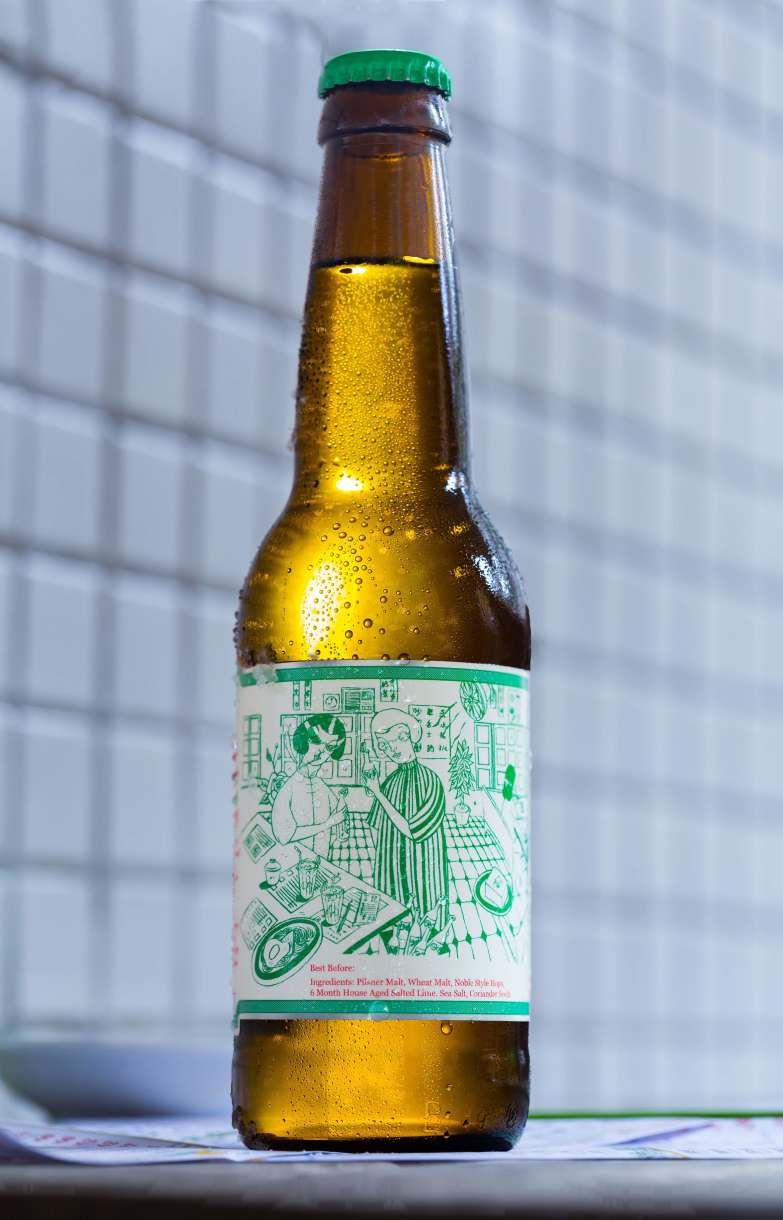 The local brewery that started it all, Young Master began as 2013 ended, with a simple mission: to craft distinctive beer. In this, they’ve undoubtedly succeeded with their renowned beer found all over Hong Kong that is deemed a fine fit for premium hotels like the Four Seasons and Mandarin Oriental, with a host of collaborations on exclusive lagers for several of them, including Dockyard, a beer designed for the Kerry Hotel’s new dining space. Their eclectic mix of beers ranges from classic to more off-piste concoctions – like their salted-lime brew Cha Chaan Teng Gose – and experimental flavours set by the seasons.

Director Kingson Kok tells us what keeps Young Master chugging along, “When the founder, Rohit Dugar, moved to Hong Kong six years ago, he realised that there was no good, fresh, local craft options at the time. Being an avid home brewer himself, he decided to quit his day job and take on this challenge to pioneer the local craft brewing scene by opening a production brewery.

The rise has come from a mixture of things, one being that this is something new and trendy and, of course, tastes good. The large number of expats here has also helped to boost this trend as they are often more familiar with craft from their home countries. There is much less of a travel time and carbon footprint from grain to glass for us local breweries as compared to the imported beers, which means the beers should also taste fresher.

Being the pioneer on the market, we like to brew styles and flavours for the local market that are either new to them or that they have had in a similar style abroad and want to try a Hong Kong–made one. We were the first to brew a sour-style beer, also a barrel-aged beer, as well as a mixed-fermentation beer. [With names and artwork] we try and draw inspiration from many places, either from old Hong Kong movies, the beer style or just something quirky but with some serious meaning to it. We try and work with local artists and graphic designers as much as we can. Our core illustrations are by a local feng shui artist.”

For Mak’s, it all began as a family affair. Two cousins, Po Mak and Ho Lun Mak, together with good mate Tak Chi Lo, were such beer lovers that they began to brew it themselves. This was the beginning of Mak’s Beer, which produces some provocative craft beers such as their dried longan pale ale, black sugar cane stout and a brand-new beer that they’ve just launched as part of an avant-garde music pairing in Wanchai’s San Ka La.

Po Mak helps us to separate the wheat from the chaff on why music and craft beer work so well together: “It doesn’t seem to be common in Hong Kong, the concept of beer pairing with music. Therefore we wish to promote local culture by leveraging on local beer and music. Because O.U.R. Beer is easy-going, any type of Cantonese music that is locally made will be a perfect match. We believe in an East-meets-West culture. Beer is a Western beverage, but Mak’s Beer wishes to create a dynamic and unique beer that can fit this international city. We use a lot of ingredients from Asia, such as longan and lemongrass, to express the taste of Asia in beer. There are a lot of English-style beers in Hong Kong that usually focus only on the taste of malt. We find that the taste of malt is very smooth and clean, so with O.U.R. we added in some tropical hops from America to enhance the freshness and layered in a strong aroma of tropical fruits like lychee and pineapple and floral flavours.” 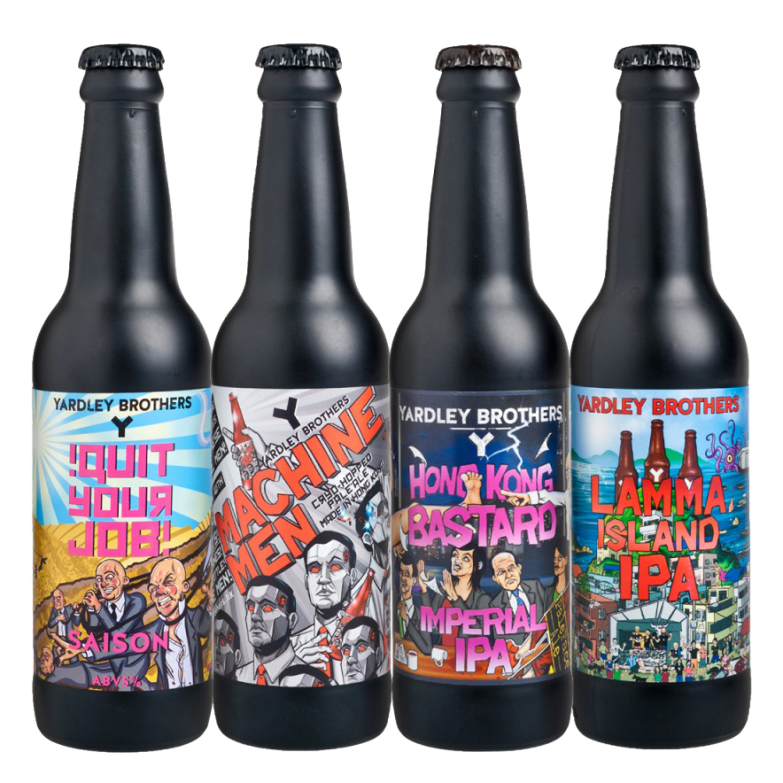 Yardley Brothers is another family-run business, aptly comprised of siblings Duncan and Luke, who actually started out brewing their first batch in Luke’s living room on Lamma Island using self-made equipment. Their beers proved so popular that they quit their jobs and set up a proper brewery that, by the time it opened, had already won them the Best IPA and Best in Show awards at Beertopia. They now brew their beers in Kwai Hing and serve them up themselves from a little stall on the walk from Yung Shue Wan to Hung Shing Yeh Beach on Lamma.

Luke tells us what makes their beers so brewtiful: “Local beer is better for three reasons: there’s a unique local culture – and this is reflected in the local beer – local beer is fresher, with no filtration, no stabilisers and no artificial chemical additives, and drinking local beer is better for the environment. The word ‘craft’ gets thrown around a lot these days, but we are dedicated to developing real craft in Hong Kong. That’s why we won two international beer awards in 2017 and were awarded the Best in Show at Beertopia 2016.

Each beer has a story and a reason. Lamma IPA is the birthplace of our brewery and a place we love. Hong Kong Bastard tells the story of an imaginary corporate company trying to figure out how to sell watered-down ‘craft beer’ to the Hong Kong market. Machine Men is a reference to the late, great Charlie Chaplin and his speech in the film The Great Dictator – it’s about thinking for yourself and not following trends. Quit Your Job is a reference to the history of saison-style beer, where indentured farm labourers were traditionally paid in saison in the days when clean water wasn’t readily available.

Recently, I’ve been spending a lot of time developing and enjoying our single-batch series of limited-edition brews that are created to push the boundaries of craft – from The Beast, a 25% ice-distilled IPA, to our white and red wine barrel-aged sours and Belgian beers. Single-batch is where we push the boundaries, experimenting with new ideas, historical techniques and taste combinations to excite and arouse the senses. The science and art of brewing come together to make pure craft.” 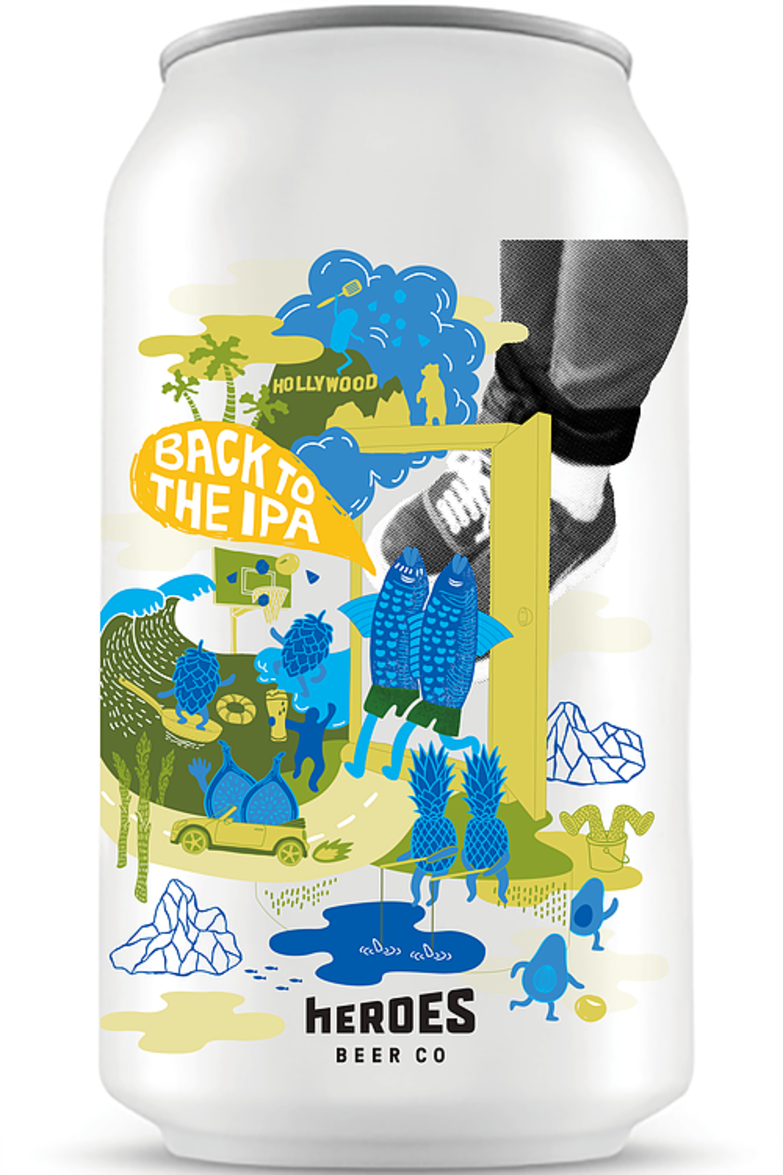 Ultra-unorthodox brewery Heroes is made up of a collaboration of craft beer aficionados, started by Christopher Wong along with best friends Jason Lowe and Angus Ip. In Chris’ own words, he tells us how they got their enviable six-packs: “Once upon a time, three socially awkward and unattractive beer lovers wanted to start a brewery to brew great beers but worried that their ugly faces would not be well received by the rest of the world. They thought of creating fictitious ‘heroes’ for themselves so that they could bring all their beer fantasies to life. Heroes Beer Co is a beer hero-creation platform, enabling beer lovers around town to step up as ‘creators’. We conduct deep and intensive interviews to learn about each of our heroes. Their experience, passion, tastes and fantasies with beer are all inspirations to every beer we create, carrying its own unique story, label and flavours. You can find us at craft beer stores like HK Brewcraft, Craftissimo and The Bottle Shop, at craft beer bars like TAP – The Ale Project, Second Draft and Kowloon Taproom and at city’super or direct from our website.

We asked a local beer appreciator, Glen Watson, who started Craft Beer Leaders HK, to help to demystify craft brews: “Hong Kong people enjoy new things and follow overseas trends. This happened with food, then wine, then craft beer, and the next big thing is likely craft spirits. People seem to be drinking less but drinking better. I helped to import and sell Canadian craft beer before the whole scene really took off here. Craft Beer Leaders HK amalgamates a lot of the websites and Facebook posts by Hong Kong brewers, pubs and retailers and does tours to visit the breweries to learn about the process and enjoy their tasting rooms. There’s a certain pride that comes from knowing the beer you’re drinking was made in Hong Kong.”

“Don’t be intimidated when you walk into a pub and see dozens of options. Have a few tasters or a beer flight before you buy a pint. Chat with the bartender about what they like or can suggest. And remember that you can buy directly from breweries at much better prices than at pubs or retailers.”