Is it or isn’t it meat? This will be the question on diners’ lips as they tuck into a juicy sandwich at one of their favourite restaurants. Impossible Foods’ Impossible Burger is making a big splash in Hong Kong, choosing the 852 as its international launch pad for their plant-based burger that cooks, smells and tastes just like ground beef from cows but that is made entirely from plants. The splash is so big, in fact, that they’ve got two of Hong Kong’s biggest names in the F&B industry to be the first to serve the Impossible Burger at their restaurants.

Link: where to find the Impossible Burger in Hong Kong 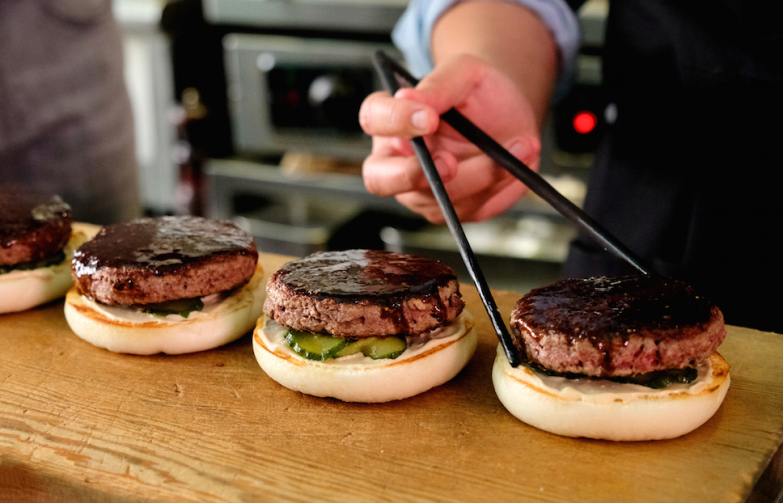 The California company has chosen two of Hong Kong’s finest to be the first to lead the charge into a more plant-based future. Chef May Chow, crowned Asia’s Best Female Chef in 2017 by The World’s 50 Best Restaurants, will feature the Impossible Burger at her restaurants Little Bao, the modern Cantonese diner famed for its signature bao, and neo-Canto hotspot Happy Paradise. 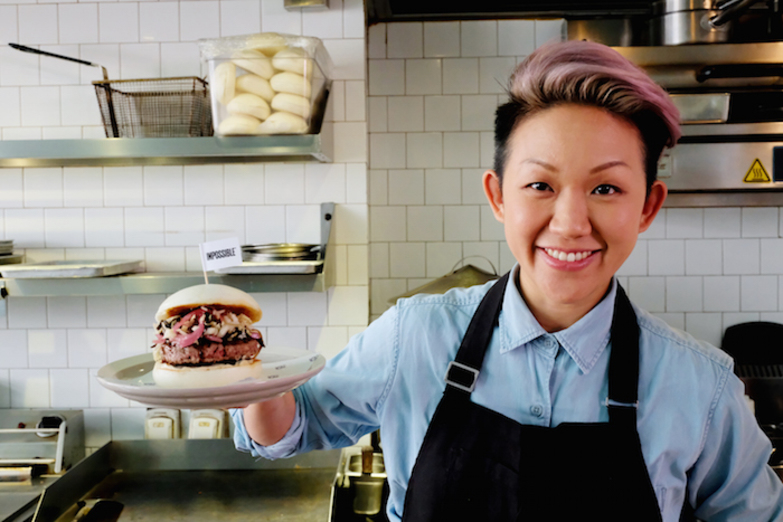 May Chow of Little Bao and Happy Paradise

Chef Uwe Opocensky’s Beef & Liberty will take the honour of becoming the first burger chain here in Asia to serve the Impossible Burger, launching in further countries throughout the year. Chef Opocensky, renowned for his previous work at Spain’s elBulli and Hong Kong’s Mandarin Bar + Grill, surprised the city by becoming the executive chef at local favourite Beef & Liberty before opening his own fine dining restaurant, Uwe, late last year. 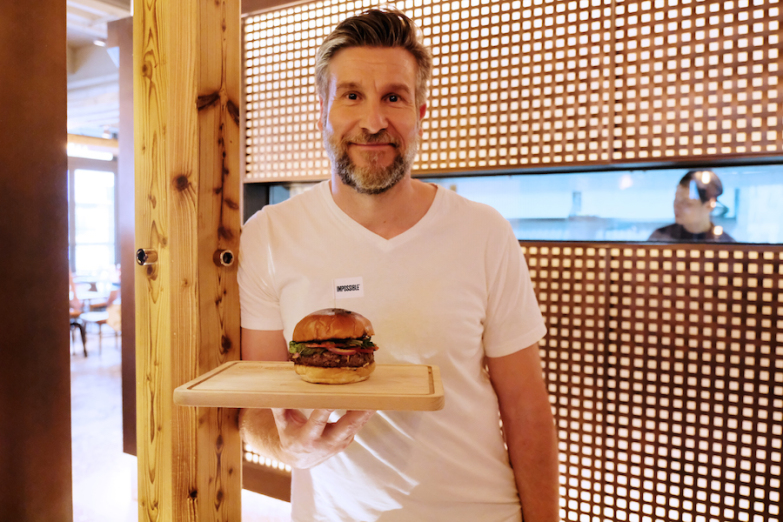 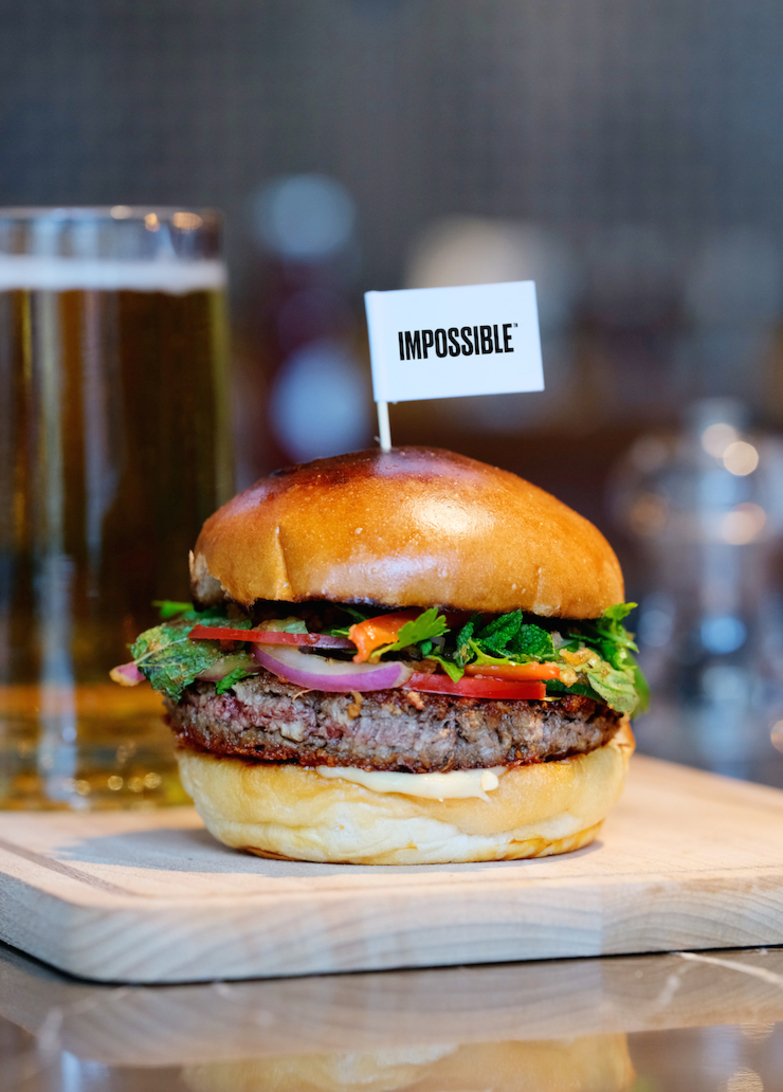 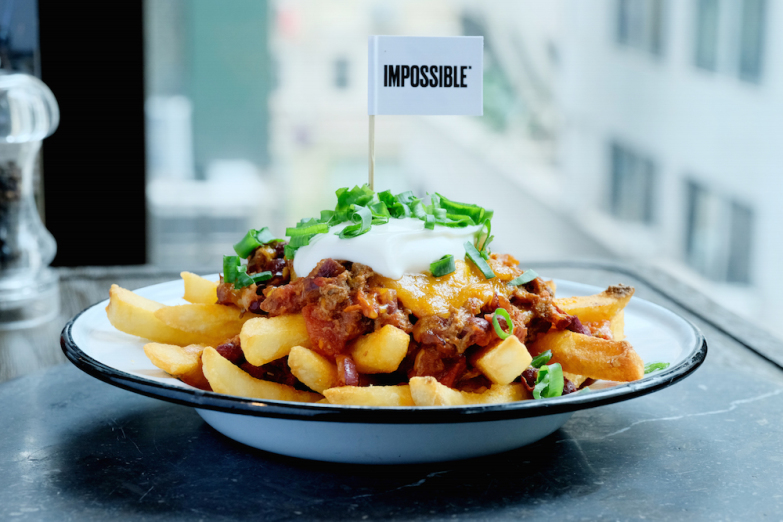 Impossible Foods was created by Stanford biochemistry professor and former paediatrician Dr Patrick O Brown and uses modern science and technology to create faux meat products made directly from plants that have a much smaller environmental footprint than those made from animals. Brown says, “We’re humbled to launch with spectacular chefs in one of the world’s most dynamic restaurant hotspots. We’re confident that Hong Kong – Asia’s crossroads of ideas and influences, both modern and traditional – will be home to the most innovative Impossible recipes yet.”

The Impossible Burger is produced without slaughterhouses, hormones, antibiotics, cholesterol or artificial flavours. It uses about 75% less water, generates about 87% fewer greenhouse gases and requires around 95% less land than conventional ground beef from cows. 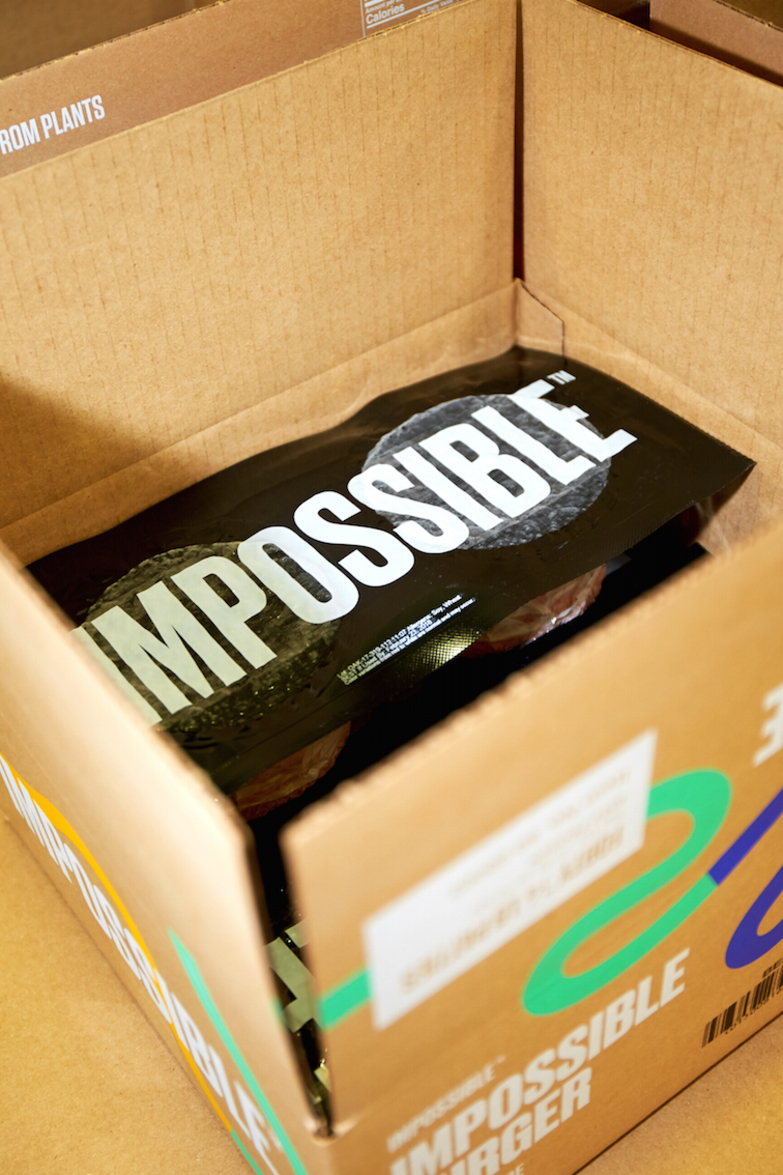 Last year, a vegan patty by Beyond Burger launched at Green Common and was embraced by diners for its meat-like qualities. How will the Impossible Burger fare? In the hands of these skilled chefs, we feel like it’s got a pretty great shot.

The Best Foodie Films of the 2010s