Acclaimed Australian chef and restaurateur Luke Mangan has quite the culinary empire – 21 restaurants across four countries (Australia, Japan, Singapore and Indonesia), five restaurants on P&O cruise ships, partnerships with Virgin Australia and Eastern and Oriental Express, as well as six cookbooks under his slim belt. While he has yet to open his Salt restaurant in Hong Kong (emphasis on yet – read on to see what we mean), you may have tried his culinary creations at the successful Salt pop-up at Conrad Hong Kong last year or if you’ve flown Business Class on Virgin Australia flights (lucky you!). 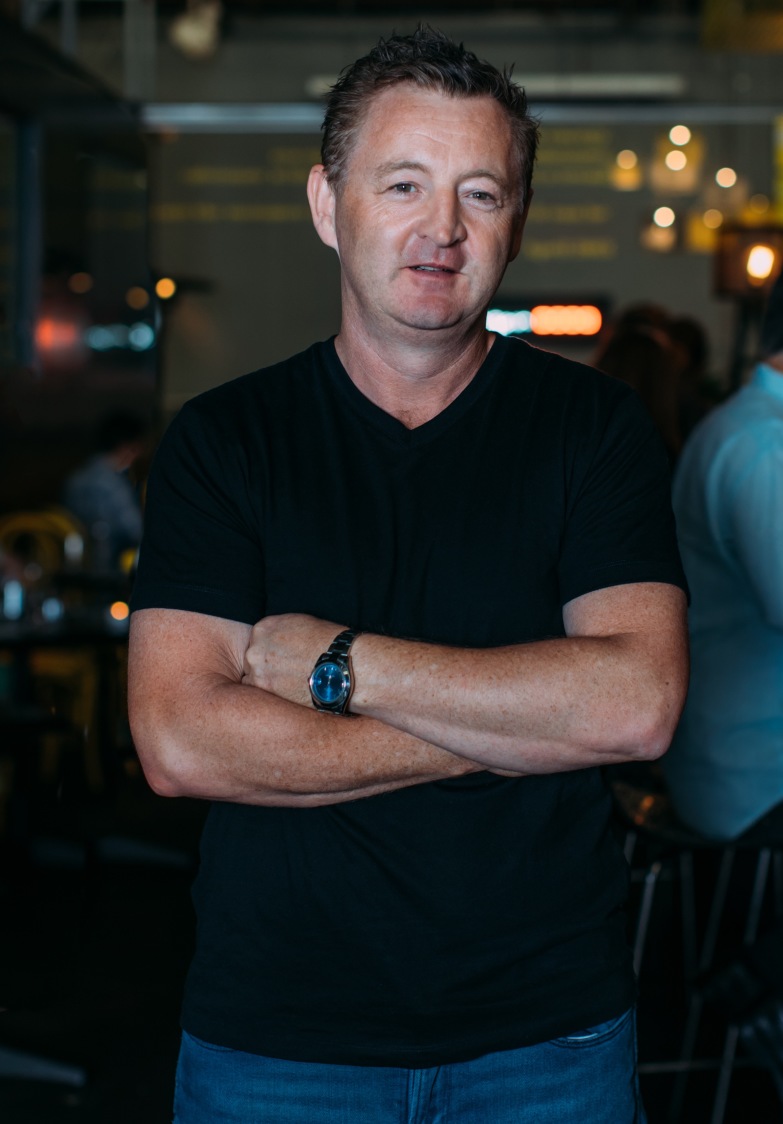 But Mangan’s current success and fame belie the sheer slog that he has put in over the years. Having dropped out of school in Australia at age 15, Mangan’s culinary career started at Hermann Schneider’s Two Faces restaurant in Melbourne. At age 20, inspired after receiving a copy of the Roux brothers’ cookery book Patisserie, Mangan boldly phoned up three-Michelin-starred chef Michael Roux to ask for a job at The Waterside Inn in London. He even worked for free at the beginning, before impressing Roux enough to secure a full-time job.

Fast forward nine years and several other restaurant stints later, Mangan and his business partner finally opened their own restaurant, Salt, in Sydney in 1999. Embodying Mangan’s philosophy to “keep it simple, full of flavour, let the ingredients speak for themselves”, Salt became renowned for its brand of modern Australian cuisine that brought together Mangan’s classical French foundations with Asian influences. And the rest, as they say, is history. 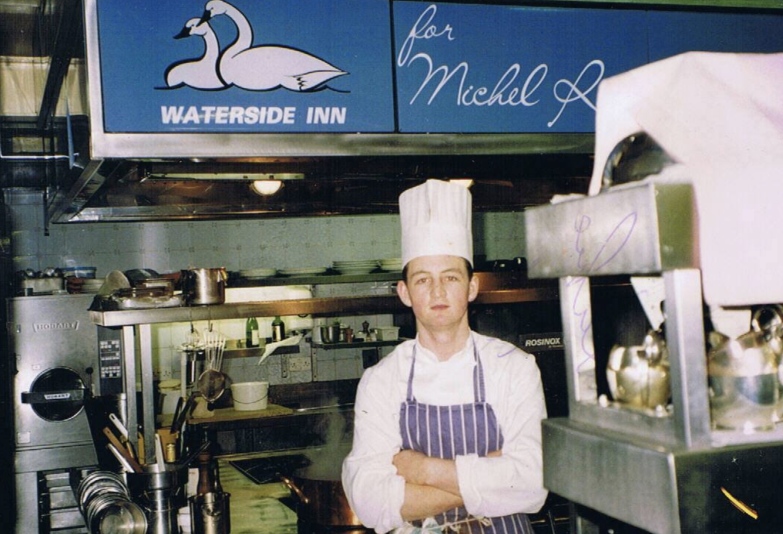 Chef Mangan at The Waterside Inn in 1999 (source: Facebook)

Mangan was recently in Hong Kong to celebrate Virgin Australia’s Hong Kong launch, and we grabbed the opportunity to find out more about his favourite foods and seek some career advice.

Welcome back to Hong Kong! What’s one local food that you absolutely have to eat each time you’re in town?

I like China Tang. It’s in one of the [buildings] on that side [points across the harbour to Hong Kong Island]. That’s probably my favourite.

You have several restaurants around the region and are quite the jet-setter. What’s your single most favourite country or city when you want a holiday for your taste buds?

Holiday, hmm...Italy. The Amalfi coast – I like that. But I do come to Hong Kong a lot for food and travel, you know, if it’s [for] three or four days. Tokyo as well, for great food and things like that. But, yeah, I think Italy [is my favourite].

We love Italy as well. Any favourite Italian dishes?

You know, I think they just do everything – all the simple things – well. Good pizza, good pasta – you can’t go wrong! Grilled fish and stuff like that.

And that’s very much aligned with your restaurant philosophy as well.

Yeah, using great ingredients and trying not to do too much to them. 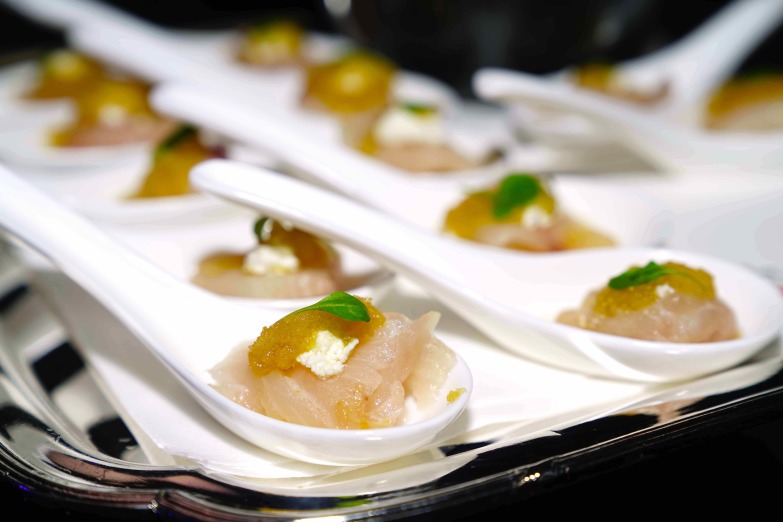 Are you a fan of any particular cuisine?

Japanese food is full of flavour, and it’s clean, it's fresh and it's light. I do like Asian food, but I don’t like it too spicy.

We’ve heard about how difficult it is to create a delicious in-flight meal given that we lose about 30 per cent of our sense of taste while in the air. Which dish are you most proud of on your airline menu, especially on the Melbourne–Hong Kong route?

Well, I think they’re all pretty good! But we’ve got a steamed barramundi with broccolini and rice, and we just do a little black bean garlic chilli dressing, and I think it’s really nice. It’s sort of a mixture of Hong Kong and Sydney and Australian food, so, yeah, I really like that one. And I think the barramundi has a very high oil content, and it keeps quite moist [in the air] as well.

What do you normally prefer to consume when flying?

[Food that’s] healthy and light. Just clean food. So a steamed fish or a soup – you know, I love soups – that’s good. Because you don’t want to get off at the other end too heavy and full and things like that.

I like a nice glass of wine, and if I do cook at home, it’s really simple again. Mostly off the barbecue, grill, lots of veggies, lots of ginger, lots of garlic, and I’ve got a massive organic herb garden, [so] lots of fresh herbs. Really simple.

Sounds good. Well, if you weren’t a chef, what would you be?

We see that you’ve been keenly involved in grooming young chefs and hospitality industry talents through programmes such as Appetite for Excellence. What advice would you give to aspiring chefs/restaurateurs?

Stick at it, don’t give up. And, like any profession – journalism, cooking or whatever it might be – you’ve got to be determined and give it a hundred percent. A lot of chefs nowadays want to be a celebrity chef or on TV or whatever, but you’ve got to put in the hard work to get to a stage like that. 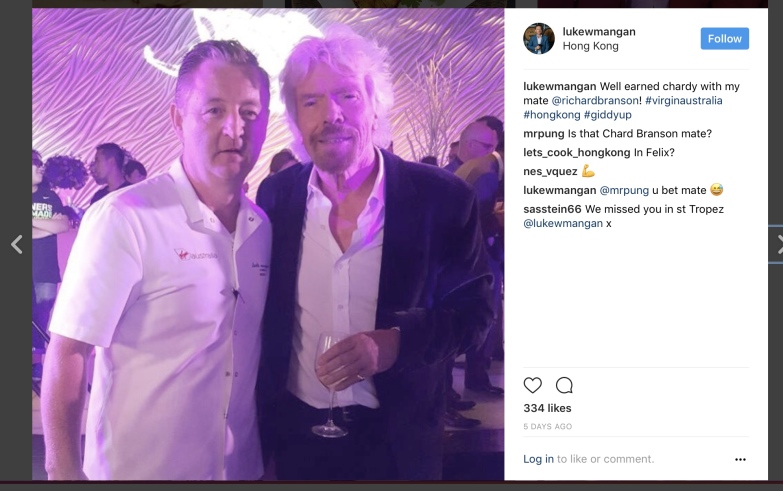 We see that you are close friends with Virgin Group founder Sir Richard Branson. What’s the best piece of advice he has ever given you?

Hmm, probably don’t complicate things, you know, and just do what you believe in. Yeah, I think that’s been quite good advice.

And what’s the best piece of advice you have ever given him?

[Laughs] Well, he trusts me with the food. So I’ve cooked for him on Necker Island and many of our restaurants and things like that. He will come and say, you know, you just cook whatever. I’ll bring it out, and he’ll look at me – you sure? And I’ll go, yeah, just eat it, and he does! It’s a bit of fun like that.

He likes light, clean, healthy stuff as well. Lots of fish and things like that. He’s very busy and travels and so he [needs] to keep fit. 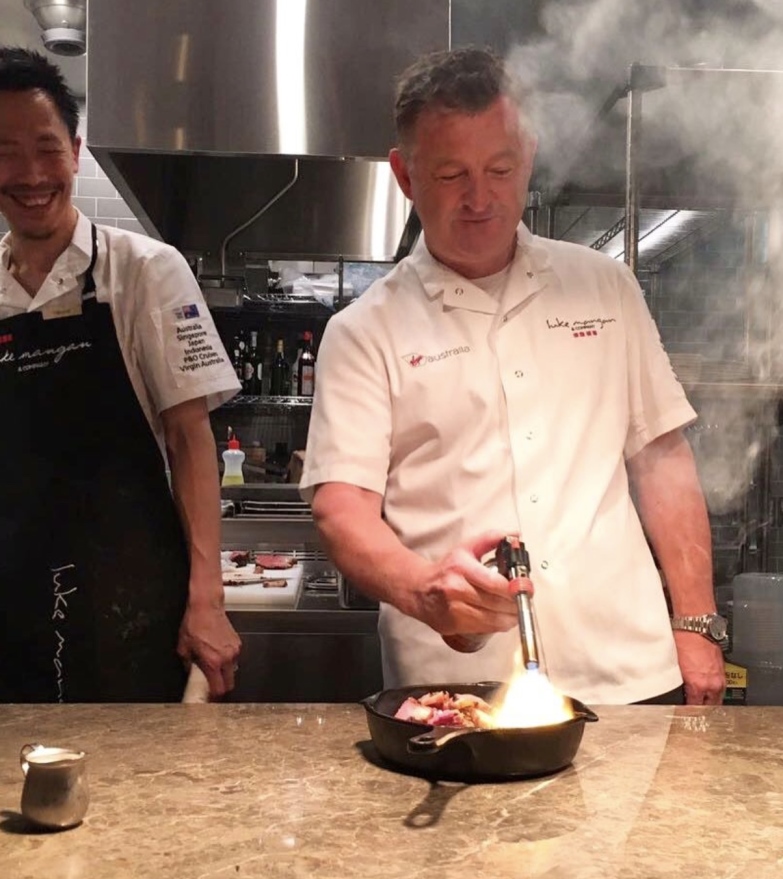 Here at Foodie, we’ve been paying close attention to the future of food (e.g., sustainable dining, future food trends). What’s one up-and-coming food trend or invention you think could be a real game changer for the dining world in the next decade?

That’s a tricky question. Well, you know, I think we’ve had all these trends in food, from molecular cooking and things like that. And now it’s sort of going back to the basics of real cooking, and I think what younger chefs need to learn is the foundation of cooking and the classic style of cooking – to work on that. Is there an invention that can make things better? I think we can educate the younger chefs to cook with a [better] foundation and understanding of food. And sustainability and things like that [are important as well].

Your food is served on land, water, rail and in the air – what’s next on the cards?

Well, you never know, we might do spaceship food! [Laughs] Who knows?

Before we go, we have to ask: any plans to open a restaurant in Hong Kong anytime soon?

Well, yeah, in fact I’m looking at a location today, after this meeting, and hopefully that comes off! And if Hong Kong happens, we are looking at Beijing and Shanghai as well – everywhere Virgin Australia flies! [Laughs] Eventually.

green tea and I are a matcha made in heaven