Why Onions Make Your Eyes Water

Answering all your burning questions about food

by:
by:    stephanie.fung  on 7 Aug '16
Header image credit: Leonardo Shinagawa

As curious little creatures, humans have always pondered and asked philosophical questions about life: why do we exist? why do we need air to survive? why is the sky blue? Being inquisitive about the things around us is crucial because this is what makes us smarter and more knowledgable. Hence, we should never be afraid to ask WHAT, HOW and, most importantly,

However, we often overlook the 'more important' questions that many believe are trivial and useless to know, like why onions make your eyes water or why hamburgers are called hamburgers. Let's be honest: food is love; food is life. How can you take on the more gruelling task of understanding the universe when you're hungry, right?

1. Why do onions make your eyes water?

This is probably the most scientific one, so please bear with the jargon. Onions contain amino acid sulfoxides that are created from the sulphur absorbed from the soil. The amino acid sulfoxides react with the enzymes released when the cells within an onion are broken by chopping or slicing. As more enzymes react, syn-Propanethial S-oxide is produced, which is a combination of sulphuric acid, sulphur dioxide and hydrogen sulphide. When this substance, in gaseous form, comes into contact with the moisture in your eye, it triggers a burning sensation. As a result, your brain receives a message that there is an irritant in the eye and tries to flush it out with tears. 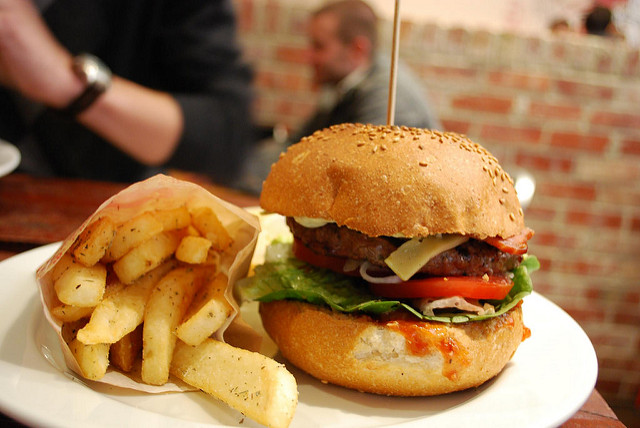 Hamburgers are named after the second-largest city in Germany, Hamburg. Their origins go way back to the early 18th century. Some Germans who were travelling around Asia saw locals stuffing their beef between their saddles while they rode horses in order to soften it for later consumption. This inspired them to make soft seasoned meat, which was later called Hamburg meat. Later on, as many Germans migrated to the US, they shared the recipe. The name 'hamburger' was not used until a chap called Charlie Nagreen introduced his 'American Hamburger' at a county fair in 1885. 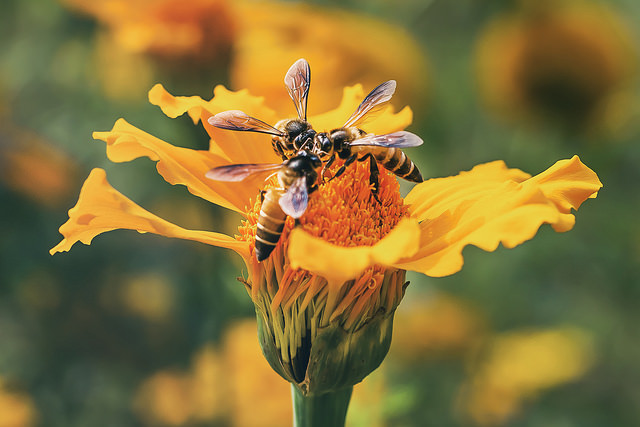 It is undeniable that honey tastes sweet and delicious, especially when added to tea or slathered on toast. But I bet you had no idea that honey is actually made of nectar and ... bee vomit. Yes, BEE VOMIT! After visiting flowers, bees collect and store the pollen in their honey stomach, which is separate from their regular stomach. They then secrete saliva to add enzymes into the honey stomach, thereby creating honey. The bees fly back to the hive and vomit the honey into another worker bee's stomach so that they will secrete more enzymes into the honey. This process is continuously repeated until the honey is finally regurgitated onto the honeycomb.

4. Why do apples float in water? 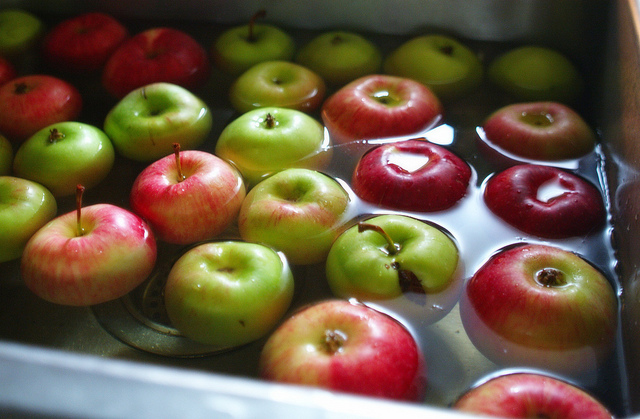 Twenty-five per cent of an apple's volume is actually made of air. Unlike other fruits like pears, an apple can continue to absorb oxygen even after it is picked from a tree. This is why apples are able to stay fresh for a longer period of time compared with pears. Apples are also less dense and have a lower water content, thus enabling them to float. 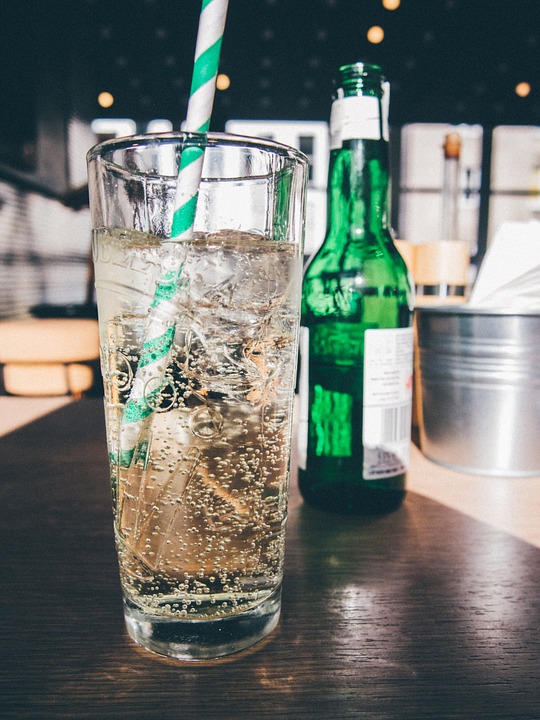 The term 'soft drink' is now used generally for flavoured carbonated beverages, all thanks to advertising. Way back when, flavoured carbonated beverage makers were having a hard time marketing their products called different names in different parts of the world, e.g. soda, pop, fizzy drinks, Coke. To get around this problem and so as not to confuse customers, the term 'soft drink' was coined to be used in national and international advertising campaigns.

6. Why does garlic make your breath smell bad?

Allicin is the major contributor to the pungent smell of freshly chopped garlic. When you consume garlic, sulphuric compounds are introduced into your mouth owing to the allicin breaking down. The compounds remain in the air in your mouth, making your breath stink like garlic. Garlic also promotes the growth of microbes in the mouth, further aggravating the problem. Due to the sulphuric compounds, the smell will persist even after you brush your teeth - namely, allyl methyl sulphide metabolises and makes its way into your bloodstream, eventually seeping out through the pores and passing into the air that fills your lungs, making your breath stink.

7. Why do carbonated drinks make you feel drunk faster?

I have dumpling to tell you