Delectable seafood not at the expense of the environment

Giant grouper is one of the most prized fish in Cantonese cuisine. In fact, it's so revered that the rare grouper is often represented as a status symbol. Not to be mistaken with the Sabah giant grouper, a farmed hybrid species that has become prevalent in local restaurants since its inception in 2006, the giant grouper has been on the verge of extinction for almost a decade, attributing to its lucrative nature and its long lifespan that leads to later maturation and spawning. It wasn't until recent years that farmed giant grouper became an option, but responsible farming practices are still rare. 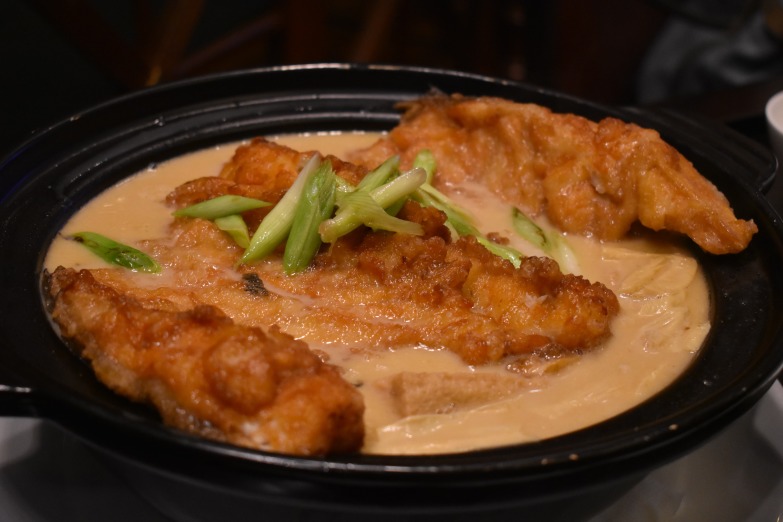 We recently had the opportunity to try two different dishes belonging to a special oasis giant grouper menu offered at Man Ho Chinese Restaurant at JW Marriott Hotel Hong Kong. The braised oasis giant grouper fin with pepper in fish stock was one of the best fish soups we've had. Boiled to a milky white, the thick and creamy soup took the word fresh to a whole new level. As per the way it should be done, the seasoning was minimal and the natural flavour of the fish was very well highlighted. There were generous chunks of fish too, which made the experience all the more satisfying. 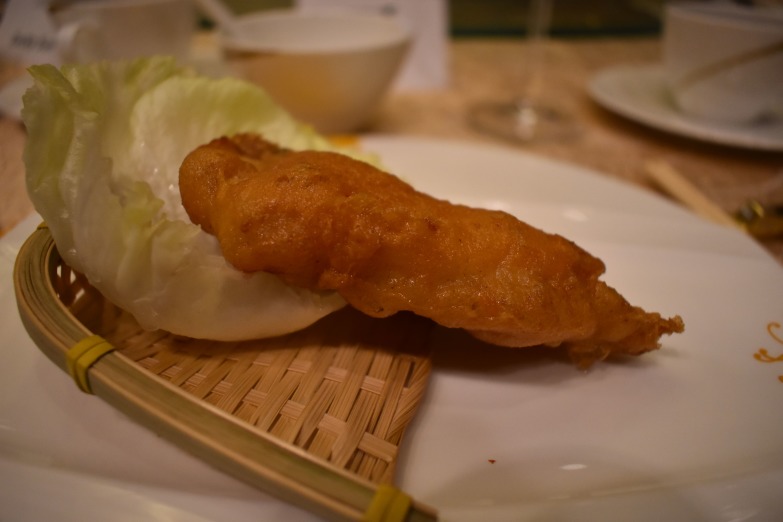 The deep-fried oasis giant grouper fillet with fermented bean curd sauce, while not as amazing, produced exceptional flavours, with the fermented bean curd sauce complementing the milder-flavoured fish. The texture of the fillet was firm to the bite, which could be great depending on your preference (we prefer a flakier texture), but we felt that the fillets could have spent a tad shorter time in the fryer to retain more moisture.

Other dishes we have yet to try include the stewed oasis giant grouper fillet with coconut and bang bang sauce, baked oasis giant grouper intestine with foie gras and minced pork and double-boiled fish soup with orchid, Sichuan lovage root and angelica. While they all sound delectable, what we particularly welcome is the idea of using sustainable seafood. In the context of the global overexploitation of fish stocks, consumers need to be increasingly aware of where the fish we eat are sourced. Eating tasty seafood is one of the most indulgent activities in which one can partake, but it need not be done at the expense of the environment.

The oasis giant grouper menu is available from now until 30 April 2017 during lunch and dinner.