Not too long ago, in 2014, Chef Peter Cuong Franklin took home the coveted Foodie Forks Chef of the Year award. Despite being born in Vietnam and growing up in the US, the chef was no stranger to Hong Kong nor to our Foodie readers. He had worked and trained in Hong Kong for over two decades – both as an investment banker and a chef – before opening his first restaurant in the city. At the time, the public was won over by Chef Franklin's dedication to excellence, in addition to his down-to-earth character and unwillingness to conform to culinary norms, particularly in the area of Vietnamese cuisine.

Three years on, Chef Franklin's creative mindset continues to disrupt (in a good way) Hong Kong's Vietnamese food culture. Part of the chef's success over the past few years is owed to his second venture, the greatly missed Viet Kitchen, whose legacy lives on in the trendy establishment that is Luke Nguyen's modern Vietnamese restaurant Moi Moi.

This month is a particularly exhilarating one for Chef Franklin as it marks the opening of his new restaurant in Vietnam, ANAN Saigon. The restaurant, which aims to bring contemporary Vietnamese cuisine (coined Cuisine Moi) to the Saigon dining scene, also marks the chef's return to Vietnam after many years abroad in New York, London and Hong Kong. The decision to take root in Saigon?

'Saigon, for me, is one of the most exciting culinary cities in the world right now,' says Chef Franklin. 'Every day, we discover delicious new street food dishes in our local neighbourhood of Cho Cu and are able to work with amazing local ingredients that inspire our kitchen team to experiment and create new dishes.' 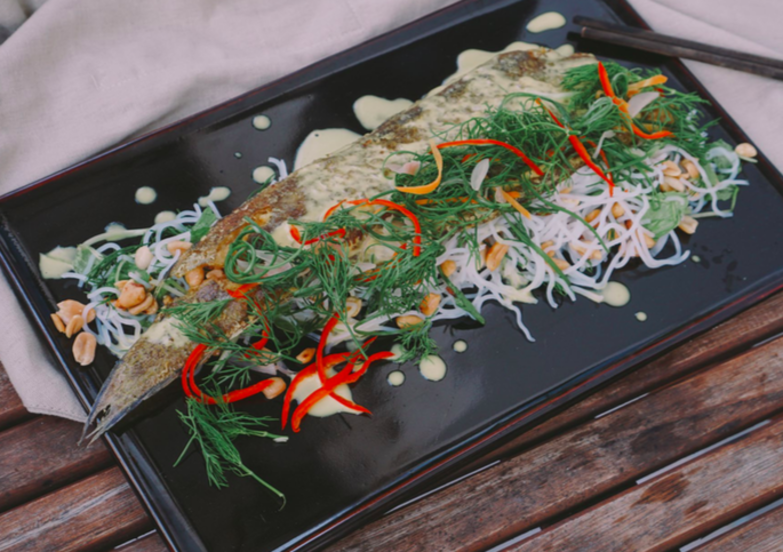 The 'Moi' in Cuisine Moi, translating to 'modern', 'new' or 'fresh' in English, represents the culinary movement's focus on projecting a vision of modern Vietnam that retains and respects the country's long-standing history and culture. The goal is to challenge the common misconceptions and boundaries that limit Vietnamese cuisine to pho, banh mi sandwiches and drip coffee. The chef's recognised expertise in Vietnamese and other Asian cuisines, combined with his prestigious training in traditional French cooking, makes him the perfect candidate for the task at hand.

Between 18–21 May 2017, you can experience Chef Franklin's artistry for yourself at his Test Kitchen pop-up in Hong Kong. The chef will be revealing new dishes from his work over the past six months, in addition to showcasing his knowledge of Hong Kong's local ingredients. Tickets, costing $980 to include wine pairings, can be purchased here.